Indulge me this month, please: the culmination of my 52 years in hi-fi, 37 in audio journalism, and two years of intense work are about to come to fruition. My fourth brand history is published this month, and if I can’t plug it, who can? It’s the story of the company responsible for the electronics in my reference system for a few decades, so there’s a personal element to Audio Research: Making the Music Glow.

Way back when, 1983 to be precise, I started working for a defunct title called Stereo -- the Magazine, which was an off-shoot of Hi-Fi News & Record Review. When it folded, HFN&RR took me on, and I immediately began, with then-editor John Atkinson’s blessing, extolling the virtues of tubes and vintage hi-fi in a country dominated by brands such as Naim, Nytech, Arcam, NAD, and others wedded to transistors. Tubes were, at that time, still a revivalist cult, and the high-end mainstream was predominantly solid-state, save for one feisty brand: Audio Research. 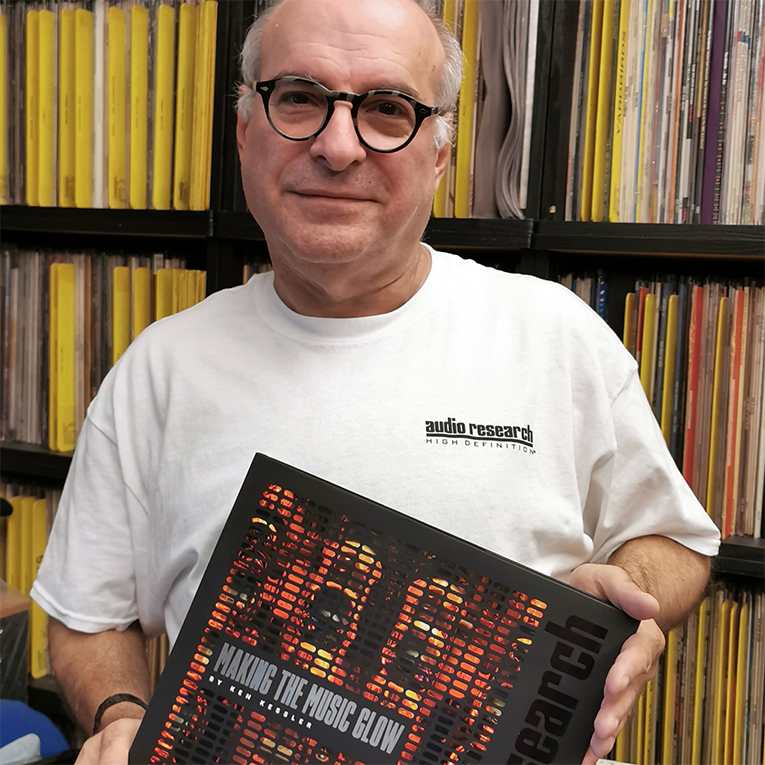 At that point I couldn’t even aspire to it, so strapped was I for cash, but I could indulge in used Radford, Rogers, and Dynaco tube amps, unaware that the last-named was a direct link to Bill Johnson and the Audio Research Corporation (aka ARC). Because I was in the UK and not in the USA, Audio Research was not as omnipresent a line of electronics as in its home country. Although I was as obsessed then as now with hi-fi’s past, for some reason I didn’t recall the articles from the early days of The Abso!ute Sound that would have informed me of the first creations from ARC as being heavily modified Dynaco products.

Enamoured of David Hafler’s designs for Dynaco, especially the PAS-3 preamp and ST-70 power amp, for their affordability, their sonic excellence, and their ubiquity, I was a prime candidate for ownership of an ARC product because the earliest pieces were to Dynacos what the first Porsches were to VW Beetles. (BTW, Porsche snobs hate it when you remind them of that, whereas ARC devotees will say “Cool!” when you point out ARC’s Dynaco genetic material.) When I finally attained a level of professional credence and could at least borrow on occasion a piece of ARC hardware, I was not disappointed: I was hooked. 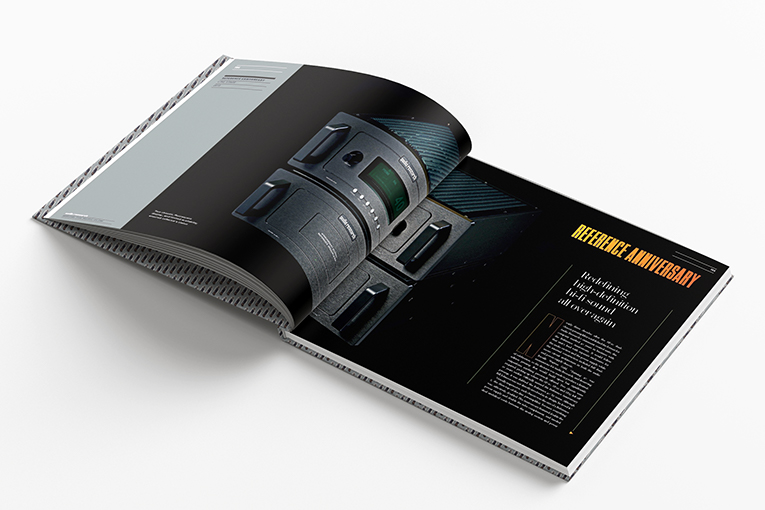 Thus, when Audio Research approached me to produce a tome worthy of the company’s 50th anniversary, I was already imbued with its culture. But it was not my story -- it was Bill Johnson’s. Blessedly, Bill’s widow, Nancy, gave the project her full support and spent a day with me and Fiore Cappelletto of McIntosh Group. She recounted anecdotes and hard facts from the company’s birth until its sale in 2008 and Bill’s retirement. Her recollections were augmented by interviews of every key employee, past and present, to create a verbal history which I hope will be seen as the print equivalent of one of those Ken Burns documentaries on PBS.

For the hardcore among you, here’s a party game you can play with your audiophile buddies: ARC legends Warren Gehl, Chris Ossanna, and Dave Gordon, with nearly a century at ARC between them, were given the task of choosing the company’s top 25 products. Debate will rage about the final selection (I was out-voted on my personal fave, which will remain a secret), but the ones they selected have been documented with new photography of mint examples, augmented by technical and historical observations which could have come only from insiders. 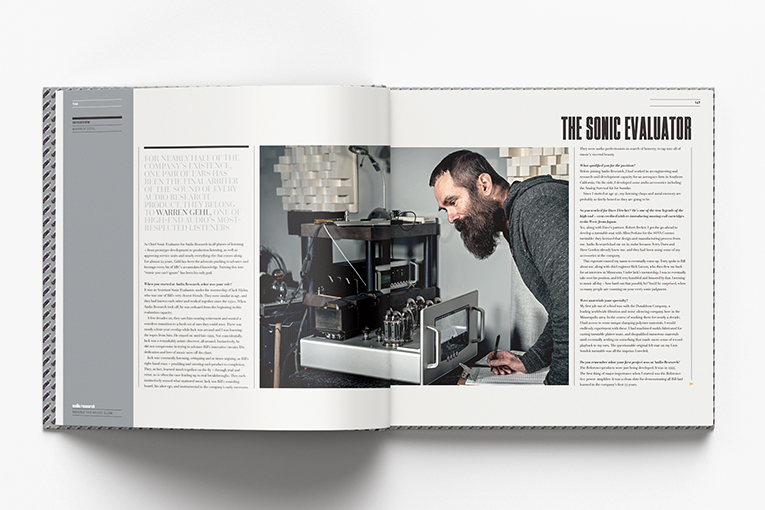 I was honoured to work again with designer Henry Nolan, and we have curated a luxurious object which the bibliophile in you will cherish. There were no compromises on paper nor print quality. The “Paris fold” dust wrapper is a work of art. The pages are filled with historical images, many never seen before outside of Nancy’s or ARC’s archives (or should that be ARChives?). So crucial was ARC’s role in two broad areas -- the revival of tubes as the preferred technology for certain listeners and its part in establishing the high-end per se -- that the narrative also addresses the zeitgeist of the audio community beyond what ARC was doing, to set the mood.

As with my earlier volumes, which were also LP-sleeve-sized, the book contains a definitive listing of every product produced by Audio Research from 1970 to 2020. I was given unlimited access to the company’s store of documents, photos, and other materials, with not just cooperation from all involved but enthusiasm based on their love for the company. I hope you enjoy the results. 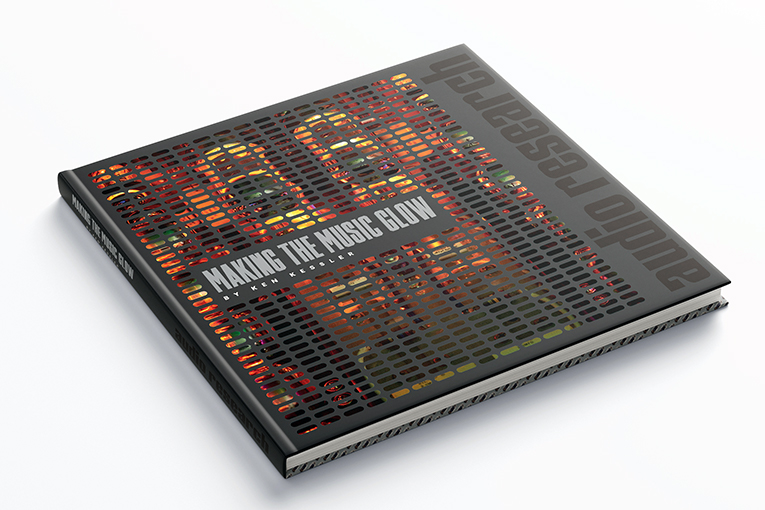 If I have succeeded in conveying ARC’s place in the pantheon of high-end greats, then my work is done. And if you buy the book and revel in its riches, don’t thank me. Thank Nancy, Chris, Warren, Dave, the past and present staff at ARC, and above all, Bill Johnson. The experience taught me to appreciate that William Zane Johnson deserves a place on the high-end’s metaphorical Mount Rushmore alongside David Hafler, Peter Walker, Avery Fisher, Paul Klipsch, Frank McIntosh, Saul Marantz, Edgar Villchur, Henry Kloss, and the other audio giants who blessed us with greater means to access what we love: the music. And Audio Research has, indeed, made it glow.