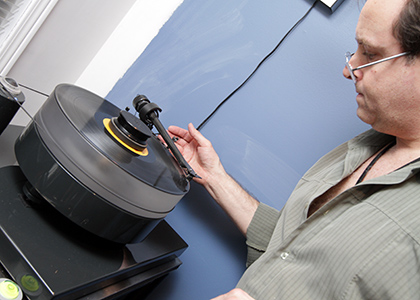 The realization crept up on me. I recently noticed that the subjects of most of my reviews end up getting tagged as SoundStage! Hi-Fi Reviewers’ Choice or Ultra Audio Select Components, depending on which publication I reviewed them for. While I stand by the opinions expressed in those reviews, I can’t help but feel a little exposed -- as if you, the reader, might think I’m a pushover, easily impressed, a milquetoast who’s a-feared to man up and write a negative review.

That’s not the case. This sort of thing is self-regulating: If I talk up a lousy component, those who read the review and then seek out that component will quickly lose confidence in my opinions and stop reading. And remember, I choose a fair proportion of the products I review, having first seen them at shows and liked what I heard. So it’s not all that surprising that I favorably review many of those components.

Still, it’s disconcerting to see so many of my reviews festooned with chevrons. Occasionally I’ve thought that perhaps I need to raise the bar a bit, make it harder for the merely great components to receive rave reviews. On the face of it, that sounds like a good idea, but it doesn’t serve the reader or the manufacturer. Bell-curving my reviews won’t make them better or any more useful.

I’m musing on this because I need to try to figure out -- once again -- how to put a new spin on the best sound that’s passed through my room in recent memory.

While I tend to get enthusiastic about any component I enjoy listening to, I don’t like to rave. But over the past month I’ve been raving to everyone who’ll listen, telling them that they’ve just got to come over and listen to the system -- I make friends and family sit right down in the middle of my couch. I’m getting ready to wrap up a review of Focus Audio’s Liszt Sonata integrated amplifier, currently driving a set of prototype Focus Audio speakers. Sooner than later, I’ll have to send these components back to Focus -- but right now, I’m testifying.

Focus Audio, located at the northern border of Toronto, Canada, has been making speakers for years, and I’ve reviewed three of their models. These are great speakers, designed with flair and impeccably finished, and they sound just wonderful. But a new speaker, even this nifty prototype stand-mount monitor with beryllium tweeter and gorgeous-George ebony veneer, isn’t exactly front-page news.

The amp is, though.

Far be it from me to spill the beans in advance of the review, now published on SoundStage! Hi-Fi, but some background info shouldn’t hurt.

The Liszt Sonata is a 35Wpc stereo integrated amplifier ($12,000 USD) that employs two EL34 tubes per channel -- not exactly breaking technology. But this is no ordinary tube integrated. The Liszt Sonata is built with fanatical attention to detail and complete disregard for economy. The parts list reads like a Who’s Who of audio jewelry, and the handmade, relay-switched ladder attenuator comprises high-end Takman tantalum resistors. I popped the hood on the Liszt Sonata, and it’s just gorgeous in there -- its honkin’ big transformers look hugely overspecced.

Still, the Liszt Sonata isn’t a complicated piece of machinery. There’s remote control of volume and source, and direct inputs that let me use the front speakers as part of my home-theater system. That’s it, though. There’s no DAC, no lights, no fancy casework.

Here’s the kicker: The Liszt Sonata is built and assembled, by hand, here in Canada, not that many miles from where I live. Circuit board, chassis, transformers, ladder attenuator -- Focus Audio has locally sourced everything possible. Some parts are imported, such as resistors, tube sockets, and the like, but no doubt about it: This is a Canadian amplifier. 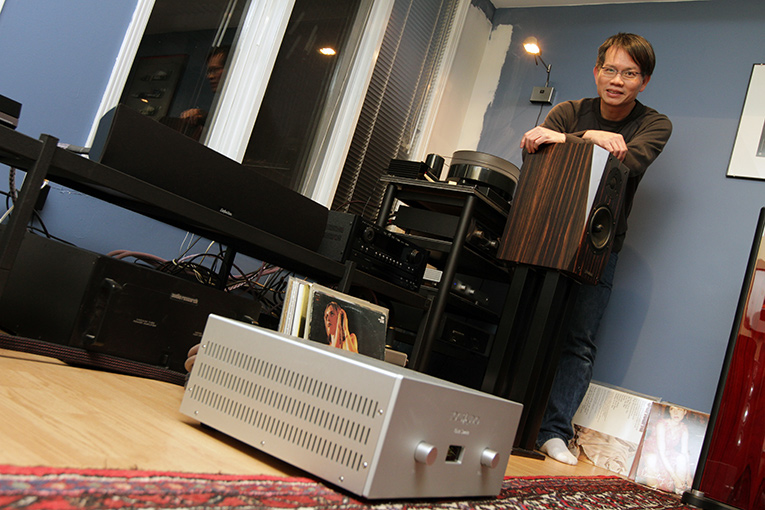 The story began as two affable Focus Audio chappies, Kam Leung and Roger Kwong, set up the Liszt Sonata in my system, driving a set of Totem Acoustic’s Ember bookshelf speakers. Right off the hop, I knew this amp was something special -- it really appealed to me on a personal level. I’ve reviewed many pieces of equipment that don’t grab me strongly enough that I’d want to actually own them and listen to them daily. Part of the reviewer mindset is the ability to listen to gear you don’t thoroughly enjoy, and still pass on enthusiasm to and for readers who actually would like it. That way, you’ve done a service for the manufacturer, for the consumer who buys it and loves it, and for those who don’t buy a component they wouldn’t have been happy with.

Sometimes, though, the stars and planets align just so, and a component lands in my system that just does me up a treat. That’s how it was with the Focus Audio amp. From day one, I really, really cottoned to it. But as the review period wound down, I realized that I hadn’t listened to the Liszt Sonata through a pair of Focus Audio’s own speakers, and the more I thought about it, the more it seemed a serious oversight.

A quick call to Focus brought instant action. A couple of days later, the Focus delivery wagon pulled up and disgorged the aforementioned speakers and a pair of nut-bustingly heavy stands. So I listened. And listened.

My “short” wrap-up listen has lasted longer than it should have, but Leung and Kwong seem to realize that I’m in a groove with this system, and have left me alone. I’m still listening.

This combination of speaker and amplifier isn’t outrageously expensive. Leung, Focus Audio’s head designer, says that the speakers, when they go into production, will retail for somewhere around $7000/pair. So that’s around $19,000 for two speakers and the Liszt Sonata. Before you start getting all don’t-you-know-times-are-hard on me, I’m well aware that this is a serious chunk of change. But don’t forget that, as a reviewer, I regularly have a metric shit-ton of horrifically expensive gear cycling through my system. As such, 19 kay is, considering the sound quality I heard as I sat on my couch, an actual bargain. 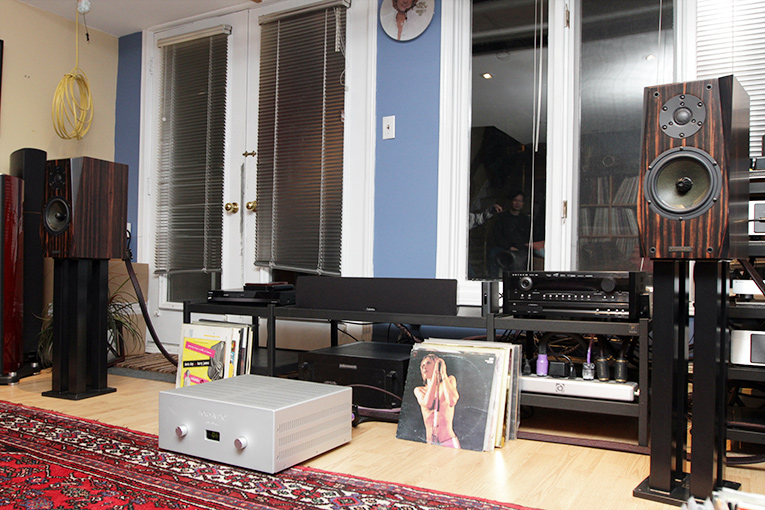 Focus Audio makes speakers; the Liszt amps are their first forays into the complicated world of electronics. So it’s all the more startling, and an even larger disconnect, when I lower the tonearm, sit back, and start listening to the juiciest, most enveloping and engaging, most tonally rich music I’ve heard in memory. Is that enough of a rave for you?

As part of the review process, I’ve listened to the Focus amp with a number of different speakers. The sound was great with all but the most difficult-to-drive of them (to find out the details, you’ll need to read the review). The same went for driving the Focuses with other amps I had on hand -- they sounded wonderful -- but I discovered a serious synergy with the prototype speakers driven by Focus’s own amp.

Can I be presumptuous here? Can I ask you to go out of your way and search out the Focus Audio Liszt Sonata? Hopefully, the salon (sheesh!) that hosts your listening session will have a pair of Focus speakers on hand so that you can check out the synergy I experienced. If you get a chance to hear this system, let me know what you think. I’d love to hear from you.