The CEDIA Expo is not a typical hi-fi show. Most of the products displayed pertain to the custom-installation market, which is hardly surprising when you spell out CEDIA’s name: the Custom Electronic Design & Installation Association.

But no matter how much non-audio-related gear is shown, a large number of topflight hi-fi products are introduced there each year, and that’s what we were looking for at the latest CEDIA Expo, held September 26-28 in Denver,Colorado. We featured those products in our SoundStage! Global coverage of the Expo, and four models discussed in those reports are highlighted here. (Note: Missing from this “Best of” article is something that was included in previous ones: the best systems. At CEDIA Expo, there aren’t enough active system demonstrations to make such judgments meaningful.)

Definitive Technology’s reworking of their well-known Mythos ST loudspeaker, now renamed the Mythos ST-L, was one of the most important product introductions at the 2013 Expo for audiophiles who care about how speakers look in a room. The Mythos ST-L is a stylish, décor-friendly model that provides audiophile-grade sound quality across the audioband, including shockingly full, deep bass. 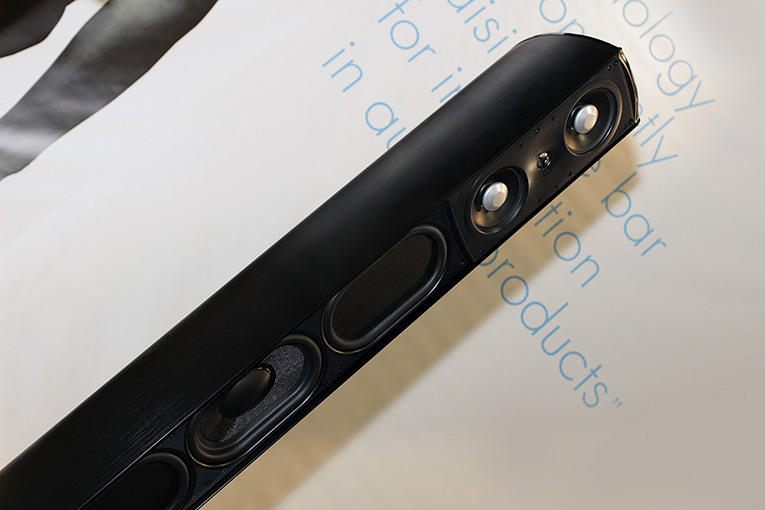 The three-way, six-driver -- one tweeter, two midranges, one woofer, two passive radiators -- powered-bass Mythos ST-L sells for $5000 USD/pair, and while it might look similar to the original ST ($4000/pair), DefTech claims that virtually every part, inside and outside, has been redesigned to improve its performance in every parameter. That’s a claim we have to take at face value for now, but not for long -- DefTech reps have told us that review samples are already earmarked for the SoundStage! Network. Stay tuned . . .

Legendary speaker designer Paul Barton has turned his formidable talents to designing headphones, with considerable success. First came the PSB M4U 2 ($399), a passive/active model replete with noise cancellation. Critics and consumers loved ’em. Then came the M4U 1 ($299), basically a passive-only version of the M4U 2. In the spotlight at CEDIA Expo 2013 were the Viso HP50 headphones ($299) from PSB’s sister brand, NAD. 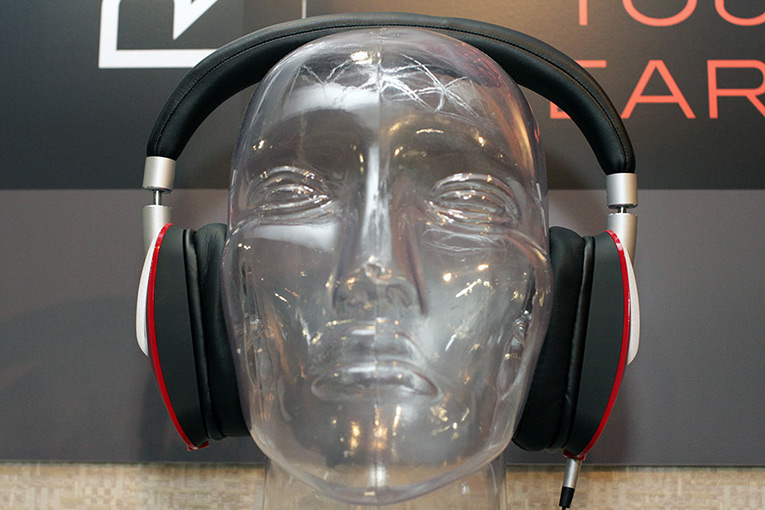 Some people wonder why Paul Barton has had such success with his headphones. I think the answer is simple: He designs them according to established research, and with the same rigorous engineering and attention to detail that he puts into his loudspeakers.

It recent years, it seems that with each new series of loudspeakers from UK-based Monitor Audio, they’re able to offer more speaker for less money. Enter the Silver 8, a three-way, four-driver design featuring the company’s C-CAM driver technology throughout, along with a sizable cabinet clad in gorgeous finishes of real-wood veneer or paint. The S8 looks as if it should sell for $4000/pair, but it costs only $2000/pair. Amazing. Rounding out the Silver series are two more floorstanders, two minimonitors, a center-channel, and a subwoofer. 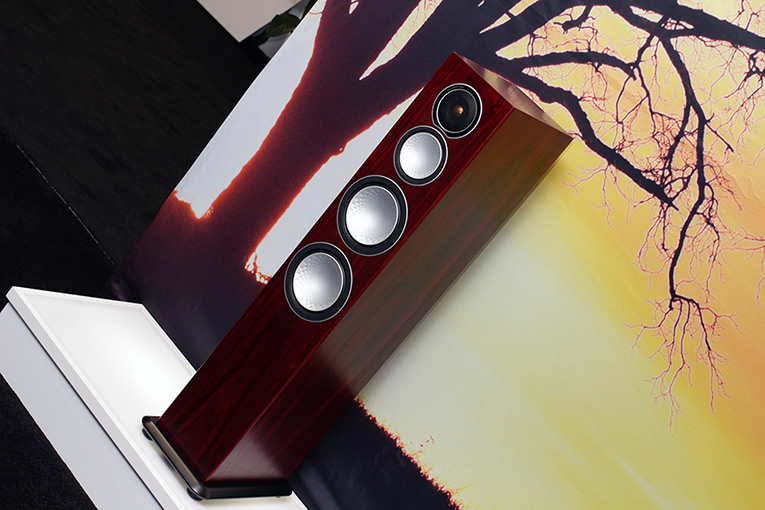 Monitor’s Silver 8 was probably the highest-value speaker I saw at Expo 2013. That’s why Sheldon Ginn, of Kevro International, Monitor Audio’s North American importer, is so excited about it. He said that the Silver 8, as well as the rest of the Silver line, will allow Monitor to compete head-to-head with the highest-value audiophile brands now selling speakers on this continent. I don’t doubt it -- we’ve requested a pair of Silver 8s for review.

After having firsthand experience with Cambridge Audio’s Azur 851C CD player-DAC-digital preamplifier and Stream Magic 6 digital player, I wasn’t surprised to see the launch of the 851D digital preamplifier. It seems a natural progression for Cambridge -- this forward-thinking, UK-based firm seems hell-bent on producing, one after the other, topflight digital products that offer cutting-edge features, outstanding performance, and high value. 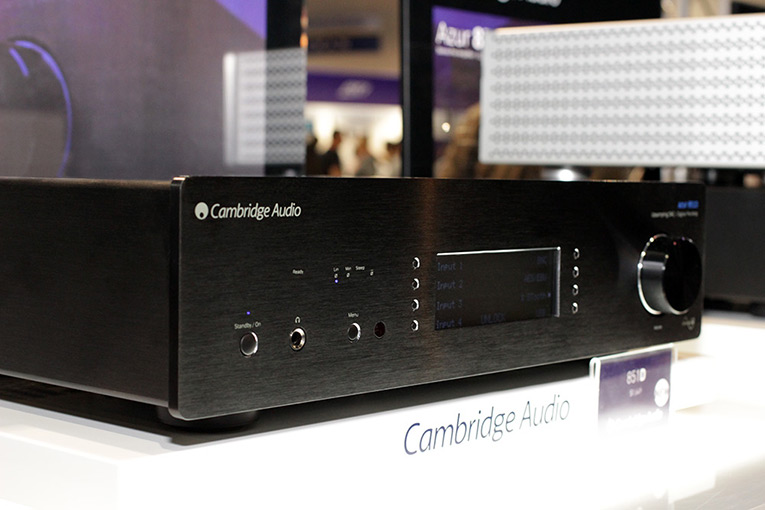 Cambridge calls the 851D a digital preamplifier because it has only digital inputs -- eight, to be exact, not including Bluetooth connectivity -- as well as digital volume and balance controls. And they call it a DAC because, well, it is a digital-to-analog converter as well. But it’s not just any ol’ DAC -- it accepts all signals up to 24-bit/192kHz, then upsamples them all to 24/384 using Cambridge’s own Adaptive Time Filtering (ATF), which they developed in conjunction with Anagram Technologies, of Switzerland. The 851D seems like a sweet piece for those who have no analog source components, particularly as it has singled-ended and balanced outputs -- and it seems even sweeter when you hear the price: just $1649.

The CEDIA Expo is a wrap, but Denver isn’t. As I write this, it’s five days since I’ve returned from the Expo, and one week until I leave for the next event in the Mile-High City: the Rocky Mountain Audio Fest (RMAF), October 11-13. A few weeks after that, I’ll be flying to Japan for the Tokyo International Audio Show (TIAS).

Unlike the CEDIA Expo, RMAF and TIAS are primarily about two-channel audio -- it’ll be no problem finding plenty of stuff to write about. Our on-site coverage of those shows will, once again, appear on SoundStage! Global. Then, in this space on December 1, I’ll highlight the best products and best systems from both.