Magico’s A1 loudspeaker measures only 15.6”H x 8.5”W x 12”D but weighs 48 pounds -- all of its cabinet walls and internal braces are made of 3/8”-thick aluminum. The A1 costs $7400/pair USD and is as solid-feeling a loudspeaker as you’re likely to find outside of something made of concrete or stone. But its density isn’t its main calling card; instead, as Doug Schneider wrote in his review on this site last month, the A1’s “full, rich, superbly voiced sound belies the speaker’s size.”

Complementing the robust, high-grade, flawlessly finished cabinet -- it comes in one color, black -- are two drivers exclusive to Magico: a 1” tweeter with a beryllium dome and a neodymium magnet, and a 6.5” midrange-woofer with a cone comprising a sandwich of carbon fiber, foam, and graphene. Most of today’s minimonitors are ported designs, but the A1, like every other Magico speaker, has a sealed cabinet, which Magico feels results in more accurate reproduction of bass. On the A1’s rear panel are speaker terminals made by WBT. 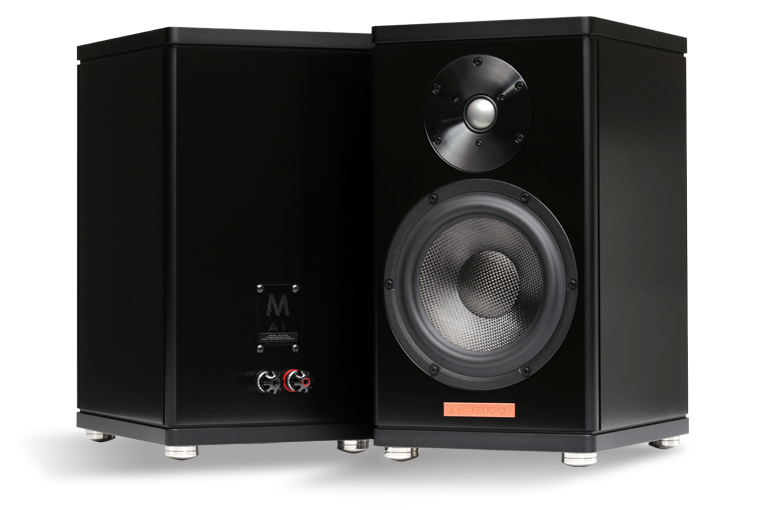 Magico specifies the A1’s nominal impedance as 4 ohms, which fell in line with our measurements -- we found that it dipped to 4 ohms at 150Hz, and to slightly below that from about 4.5 to 20kHz. For the rest of the audioband, the impedance remained above 4 ohms. The A1 shouldn’t be too difficult a load for most amplifiers.

However, its sensitivity is a concern -- whether you go by Magico’s claimed 84dB/2.83V/m or our own measurement of 82.53dB/2.83V/m, both are lower than the norm of about 87dB, which is why Doug recommended that the A1 be driven by a power amplifier capable of outputting 100Wpc into 8 ohms (Magico recommends a minimum of 50W). Doug also cautioned against overdriving the A1, feeling that Magico’s own upper limit of 150W “seems spot on.” 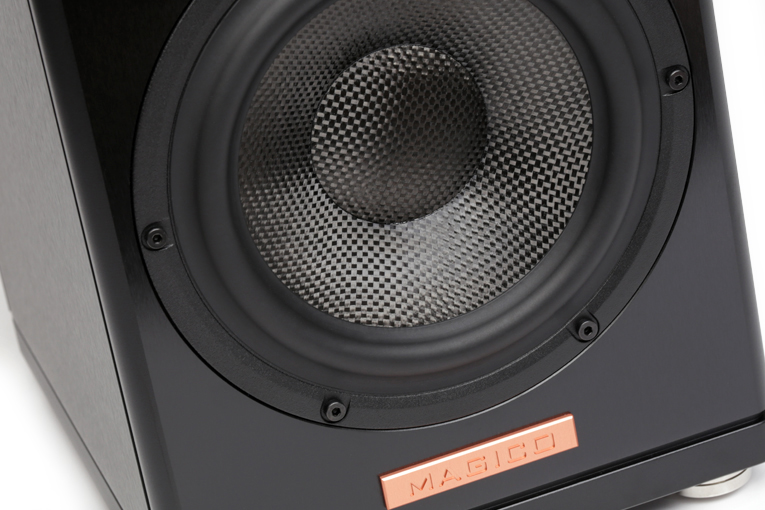 Our measurements also revealed significant bass output from the A1 down to about 40Hz, extremely low distortion above 200Hz, and a generally linear frequency response with a slight rise in the midrange between 500Hz and 1kHz, all of which correlated well with Doug’s listening impressions:

In the title track of Lana Del Rey’s Norman Fucking Rockwell! (16-bit/44.1kHz, Interscope), when the piano enters 25 seconds in, I heard a fullness and bass depth that it hadn’t occurred to me the little A1s might be capable of -- they didn’t reproduce all of the bottommost octave of the audioband (20-40Hz), but even sitting way out into the room, they dipped into it. . . . I was also struck by how smooth Del Rey’s voice sounded -- it had a purity achieved by only the finest speakers I’ve heard. Her voice also had a hint of richness, which made its aural image hang more tangibly in space.

Doug then listened to “Glow in the Dark,” from Iggy Pop’s Free (16/44.1 FLAC, Loma Vista): “Pop’s voice . . . well, it popped onto the soundstage with such fullness and presence that I had trouble reconciling it all with the A1’s size. Later in this track, the drums, set way back on the stage, enter strongly -- through the A1s they sounded not only convincingly positioned 20’ back from the front of the stage, but reproduced with startlingly massive heft and fullness.” 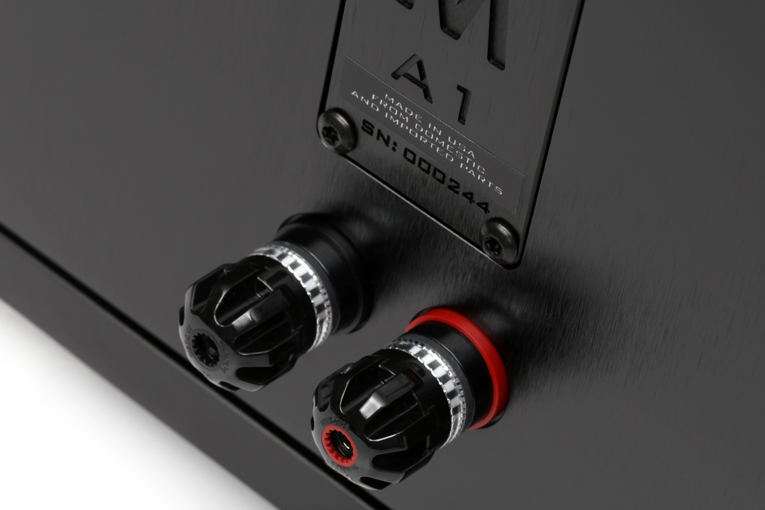 Moving on to “News,” from Dire Straits’ Communiqué (16/44.1 FLAC, Warner Bros./Tidal), Doug found the A1s’ reproduction of another drummer’s instruments similarly impressive: “Pick Withers’s closing drum passage begins at 3:42, and at that point the soundstage spread out superwide, the sounds of the drums, mixed from very far left to very far right and everywhere in between, almost pummeling me.” At the other end of the audioband, Doug found that “the little A1’s high-frequency balance was just right, neither bright nor dull. From the lows through the highs, Magico has gotten the A1’s voicing exactly right.”

Where the A1 fell short was in output capability. When playing at “boisterous volume levels” the medley of “It’s a Beautiful Day” / “Haven’t Met You Yet” / “Home,” from Michael Bublé’s Bublé! Original Soundtrack from his NBC TV Special (24/96 MQA, Reprise/Tidal), Doug heard “the dynamic peaks flattening out, meaning the speakers were compressing.” This wasn’t surprising -- though it has a big sound, the A1 is still a minimonitor. A pair of them can’t be expected to fill Doug’s large listening space, which measures 36’L x 16’W x 8’H. 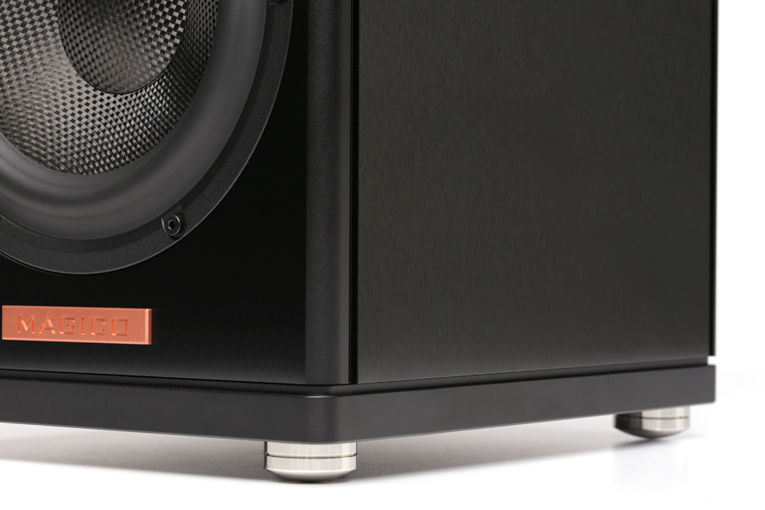 The A1 may be Magico’s smallest, least-expensive loudspeaker, but its ideally balanced sound so commendably belied its diminutiveness that Doug concluded his review with this: “If my room were even a bit smaller, I’d consider buying a pair of A1s to use as my reference stand-mounted speakers.” But not everyone’s listening room is as big as Doug’s -- for those with rooms of more normal size, our newest Recommended Reference Component, the Magico A1, might be the perfect choice.