In Brent Butterworth’s SoundStage! Solo review of the Focal Celestee headphones ($999, all prices in USD), which was published in September 2021, he wrote that the French brand’s headphones are “the opposite of AC/DC albums.” He then explained his reasoning: “AC/DC albums look different but sound the same. Focal headphones look the same but sound different.” Brent knows the Focal line well, because he’s also reviewed the company’s Clear, Elegia, Stellia, and Utopia headphones for Solo.

Brent described the Celestee headphones as “a closed-back design employing the company’s M-shaped driver diaphragm—meaning the driver’s cross section is M-shaped, which is said to make it stiffer, more pistonic, and less prone to distortion than a flatter design.” He also wrote that they are “big and blingy-looking,” but also easy to drive, which is why Brent asserted that “they appear to be intended at least in part for mobile use.” The latter comment was because the company rates the impedance at what Brent described as a “not-hard-to-drive 35 ohms” and the sensitivity at a “very high for large, audiophile-style headphones” 105dB at 1kHz. His own measurements corroborate Focal’s claims—Brent found the same impedance, and his sensitivity value came out as 104.1dB when averaged from 300Hz to 3kHz—impressively high, and measured across a much broader frequency range than the company’s spec. 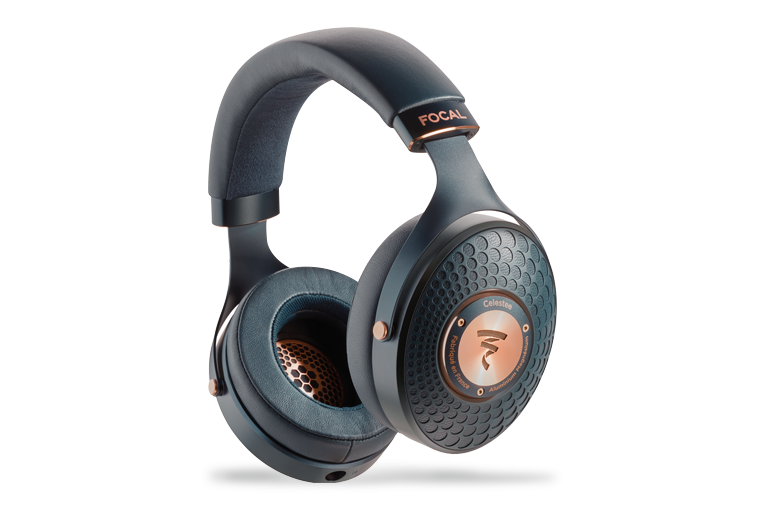 To preface his listening impressions, Brent noted that, compared to many high-end headphones, the Celestees are “voiced for a more mass-market appeal, with a well-balanced sound that’s easy to listen to for hours.” When describing what he heard from The Fabulous Thunderbirds’ eponymous debut album (16-bit/44.1kHz FLAC, Benchmark Records/Qobuz), aka Girls Go Wild, Brent wrote that “it was a kick to listen to” and the “sound was well-balanced and smooth.” He went on to say: “2 or 3dB more bass would likely be closer to the band’s intent, but what appeared to be a subtle roll-off in the treble balanced that out nicely.”

Playing “Orgy of the Brigands,” the fourth movement of Berlioz’s Harold in Italy, which features Rivka Golani on viola with the San Diego Symphony and Yoav Talmi conducting (16/44.1 FLAC, Naxos/Qobuz), Brent noted that the music didn’t sound “as spacious” through the Celestees as he had heard with some of his “favorite audiophile headphones.” However, he qualified this by adding: “Most of which are open-back models.” Typically, such headphones have a more spacious sound than closed-back designs. Brent also found that the Celestees didn’t exhibit the same “sense of breath” he heard from Focal’s Utopia headphones ($4399), which we recognized with a Recommended Reference Component award in August 2020. But he did “savor the natural tonal balance, which made cranking up the Celestees irresistible,” and thought “the overall presentation had the sense of majesty this performance and piece demand.”

To concentrate on the Celestees’ midrange presentation, Brent chose “Algo Contigo,” from Rita Payés and Elisabeth Roma’s Imagina (16/44.1 FLAC, self-released/Qobuz). He wrote: “I loved what I heard: a wonderfully smooth rendition of Payés’s vocals, and an extremely natural-sounding portrayal of the guitar. There was enough detail that I could hear Roma’s fingers moving around on the instrument, but not so much that the notes sounded unnaturally etched, as so often happens when I play acoustic guitar recordings through audiophile-oriented headphones.”

Playing back “Nemo,” from the Tomás Merlo Group’s Crisis (320kbps MP3, Youkali Music), which features Merlo playing a Chapman Stick, Brent thought “the Celestees sounded just right, with tons of punch in the bass; a crisp lower treble nicely portraying the dynamics of the snare and the cymbals; and a nice, tight, punchy, growling sound in the Stick’s lower range.” While Brent commented that the sound was “missing a little bit of ‘air’ in the mid-to-upper treble—on the cymbals especially,” he added: “But I loved the sound so much otherwise that I didn’t care.” 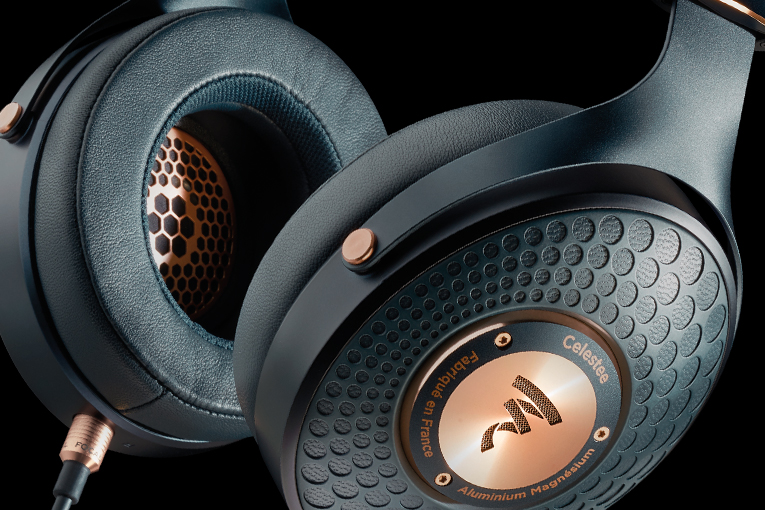 When comparing the sound of the Focal headphones with several models of varying designs from other manufacturers he happened to have on hand, Brent proclaimed that the Celestees sounded “at least as neutral and natural as any of the other headphones when it came to tonal balance” and that he “couldn’t find anything to complain about.” And he concluded his review by stating that although the Celestees are not for “audiophiles who want to max out on detail” or “bassheads,” they are “comparable in sound quality to any high-end, closed-back headphones” that he’s heard, and that “they’re the kind of headphones that the vast majority of listeners will enjoy.” Brent’s high praise earned the Celestee headphones a Reviewers’ Choice award when the review was published, and now has merited a Recommended Reference Component award—making them the third set of Focal headphones to receive this honor.