In Gordon Brockhouse’s enthusiastic August 1 review of the KEF LS60 Wireless speaker system on SoundStage! Simplifi, he called it a “landmark product” and wondered if it would “be named a SoundStage! Network Product of the Year,” as its predecessor, KEF’s LS50 minimonitor, was in 2012. Gordon went so far as to say: “Ten years hence, might we think of the LS60 Wireless as audio’s Product of the Decade for the 2020s?” To the best of our knowledge, Gordon has never spoken so highly of a product before.

Sold as a pair for $6999.99 (in USD), the LS60 Wireless system consists of a main speaker, which, by default, acts as the right channel, and a secondary speaker. These two speakers constitute what Gordon called “a fully self-contained music system,” which is controlled by the KEF Connect app. Running on a smartphone or tablet, the app can be used to swap the speakers’ channel roles. 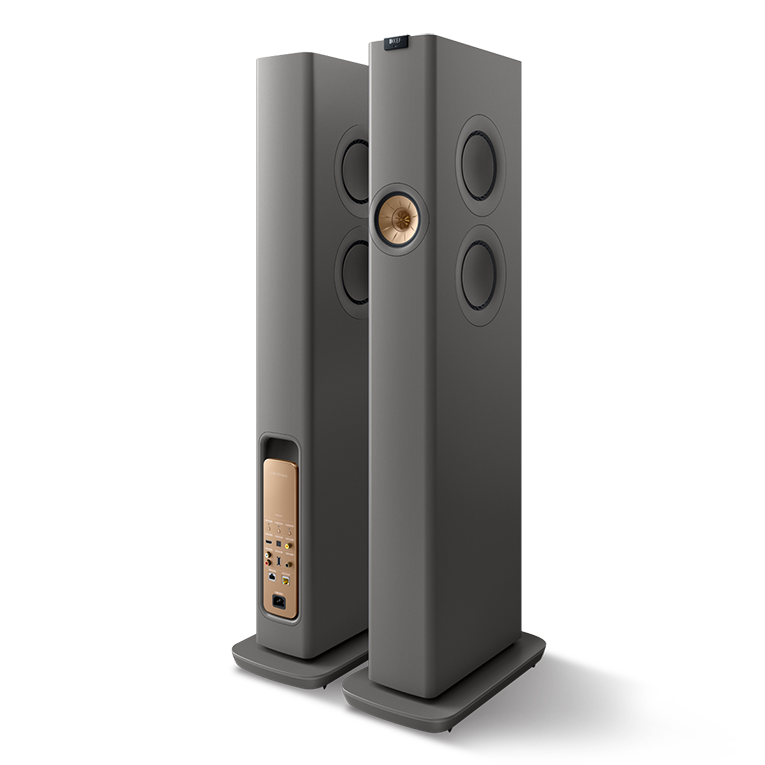 Each LS60 Wireless speaker stands 43″ tall, and the small KEF Uni-Q driver array on its front baffle was specifically developed for this product—it features a 0.75″ tweeter within the throat of a 4″ midrange cone. The tweeter features KEF’s “Metamaterial” absorber, which was introduced in the company’s LS50 Meta loudspeaker. Gordon described the absorber as a “labyrinthine disc . . . [that] absorbs rearward energy [from the tweeter diaphragm] from 840Hz upward, preventing it from being reflected by the enclosure’s interior surfaces and interfering with frontward radiation.” Built into each speaker are a 100W class-D amplifier that drives the midrange, and a 100W class-AB amp to power the tweeter.

Each speaker also features “two Uni-Core woofer arrays, each comprising two 5.25″ drivers mounted on opposite sides of the enclosure in a back-to-back, force-canceling configuration,” driven by a built-in 500W class-D amp. This arrangement results in “bass extension to 26Hz at normal listening levels.” Bass extension is automatically reduced at higher output levels to prevent distortion and driver damage. Most listeners should find the bass response of the LS60 Wireless satisfactory, but it’s also possible to connect a subwoofer to each speaker for deeper, louder bass.

The LS60 Wireless is a fully active system, and crossover control, tuning of the frequency response, and user-configurable equalization are implemented by digital signal processing. Both speakers must be plugged into a wall outlet to power their electronics. 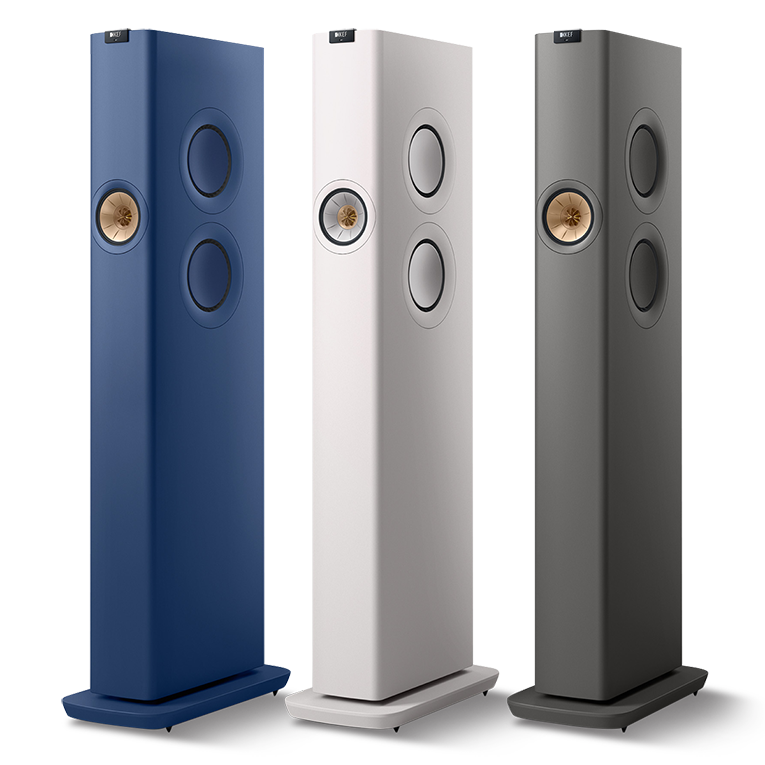 As the name suggests, music can be streamed wirelessly to KEF’s all-in-one music system, but connectors on the main speaker’s back panel allow for wired operation as well. Digital inputs include ethernet, optical S/PDIF (TosLink), coaxial S/PDIF (RCA), and HDMI eARC. A set of analog inputs (RCA) is also provided, but analog signals are converted to digital within the main speaker. Gordon described the capabilities of the LS60 Wireless in his review: “Maximum resolution is 24/192 via HDMI and coaxial S/PDIF, and 24/96 via optical S/PDIF. For networked sources via ethernet or Wi-Fi, maximum resolutions are 24/384 and DSD128. All sources are resampled to 24/96 PCM with a wireless connection between the two speakers or 24/192 PCM with a wired connection. The LS60 has MQA decoding and rendering capability for playing Masters content from Tidal, as well as MQA-encoded CDs and downloads.”

Throughout the review period, Gordon found that “Wi-Fi and inter-speaker communications both worked flawlessly,” and he experienced “nary a hiccup.” Sound quality was equally impressive; he wrote that the “sound was coherent and seamless throughout the audioband” and “soundstaging and imaging were excellent.” Gordon found that the “bass was deep, powerful, and well controlled, with excellent pitch differentiation,” and “male and female vocals were spot-on.” He concluded that “dynamics were outstanding” and “transients were fast.”

Listening to “King,” a song Gordon described as “the anthemic opening track to Dance Fever by Florence and the Machine (24-bit/96kHz FLAC, Polydor Records / Qobuz),” he wrote: “The soundstage filled the entire front half of my living room, extending above the plane described by the top edges of the speakers, far beyond their outer edges, and behind the front wall of my room. These svelte floorstanders nailed the pounding electric-bass notes and kickdrum beats that underpin the song—they were big, bold, and effortless.” 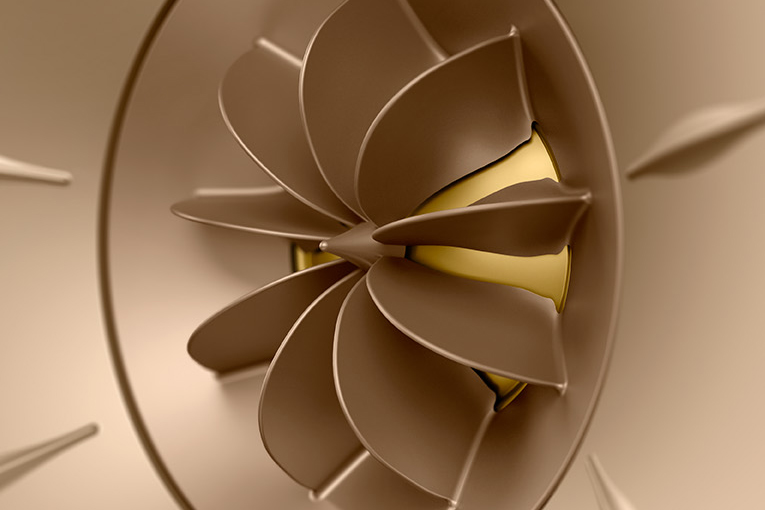 Steve Winwood’s reedy tenor was locked in the center of the soundstage, sounding full and embodied, and nicely separated from Jim Capaldi’s deeper voice, harmonizing just a little to the right. Just below Winwood’s voice was his steel-strung acoustic guitar, just where it would have been in a live performance. The timbre was perfect, with the sound of Winwood’s picking and strumming quickly followed by the resonance of the guitar’s soundbox. The spatial presentation was superb, with Chris Wood’s flute phrases appearing on the right side of the soundstage, and his taps on the wood block and triangle on the left, as if by magic.

On Duet (16/44.1 FLAC, Concord Jazz / Qobuz), a live album recorded at Tokyo’s Blue Note Jazz Club in 2007 by jazz pianists Chick Corea and Hiromi Uehara, Gordon was “gobsmacked” by the rendering of a performance of The Beatles’ “Fool on the Hill” by the compact floorstanders: “Twenty seconds in, Corea plays a repeated percussive note in the bottom octave with his right hand, while he uses his left hand to mute the strings inside the instrument. These notes sounded big and powerful—the KEF nailed the drum-like effect that Corea clearly intended.”

Gordon found much to praise about the way this song sounded through the LS60 Wireless system—as he did with the other songs he played—and no complaints. 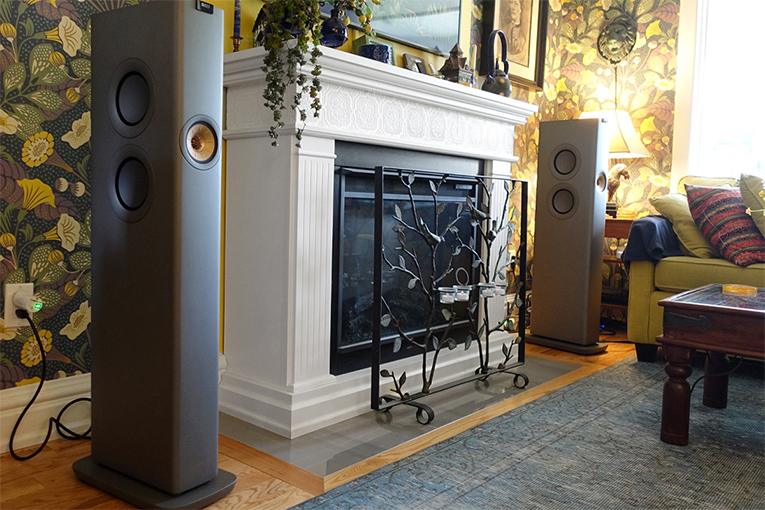 He even connected the LS60 Wireless system to his TV while watching movies and television programs, and found the resulting sound “just as satisfying.” Gordon “binged” on the six-part HBO series We Own This City, and wrote that “the opening theme music sounded fantastic” and “the big hip-hop drumbeats were explosive yet well controlled.” With Foley effects, he reported that “the gunshots and urban sounds that accompany the theme music were just as impressive.” While “dialog was consistently clear and easy to follow,” Gordon cautioned that “the presentation wasn’t as immersive as it would have been with a full-blown surround system; but it was big and effortless.”

As a comparison to the LS60 Wireless, Gordon used his current Simplifi reference system, comprising “an NAD C 658 streaming DAC-preamp ($1999.99) connected with Benchmark Media Systems Studio&Stage XLR interconnects to a pair of Elac Navis ARF-51 active floorstanding speakers ($5399.96/pair).” While his system had “more ringing clarity in the middle and upper octaves” when he played “Fool on the Hill,” Gordon described in his review how the KEF’s sound was superior with almost everything he heard. To Gordon’s ears, the KEF system emerged as the winner. In fact, just after the review was published, Gordon decided to purchase the LS60 Wireless system and make it his new reference.

Gordon’s high praise for the LS60 Wireless system is the reason why we recognized this KEF offering with a Reviewers’ Choice award when the review was published. And while it’s too early to know if the LS60 Wireless will receive a Product of the Year award (or if it’s a contender for Product of the Decade, as Gordon mused), the system is being recognized with a Recommended Reference Component award right now.