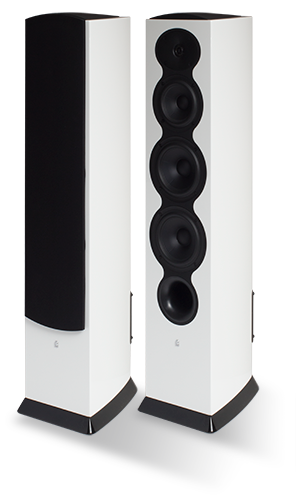 If you heard that you could, for a very affordable price, buy a loudspeaker with reference-class neutrality, cutting-edge clarity, and breathtaking transparency, while sacrificing only a couple areas of performance that might not be important to you anyway, would you jump at the chance to own it -- or at least try your best to hear it? That kind of sound quality is precisely what can be heard from the Performa3 F206 loudspeaker -- a compact, incredibly accomplished floorstander that sells for just $3500 USD per pair and can easily compare with topflight speakers costing much more. The F206 comes from Revel, a well-known US speaker brand established in the 1990s, and whose Salon2 loudspeaker was the very first product to be included in our list of Recommended Reference Components.

Doug Schneider reviewed the Performa3 F206 for this site last month, and wrote this about its sound: “As much as I enjoyed how the F206es looked in my room, I was taken aback by how they sounded, regardless of which electronics I used with them. In fact, I was floored. Right off the bat, the F206’s midrange grabbed me -- it didn’t only sound very natural and neutral, in a typical Revel kind of way (the midband in all Revel speakers is exceedingly linear), but also so startlingly clear that I had a hard time believing that these speakers could cost only $3500/pair -- it was the kind of sound I expect from speakers costing much, much more. The voices of Leonard Cohen, Sade Adu, Van Morrison, and Greg Keelor -- all of which I know well because I play them through every speaker I review -- sprang from the F206es completely unfettered. They sounded so natural, detailed, and realistic that I was immediately reminded of PSB’s Synchrony One, which I raved about five years ago, and Definitive Technology’s Mythos ST-L, which Roger Kanno has just praised on SoundStage! Access (I have a pair of ST-Ls here). Both of those speakers present the midrange unbelievably well and, like the F206, can be compared in that regard to speakers costing far more. Both do cost more than the F206 -- the One now goes for $5500/pair, the ST-L $5000/pair -- so you can understand why I was astonished by what I heard from the Revels.

“Yet the F206 didn’t display magic in only the midband. From top to bottom, its sound was extraordinarily even overall -- neutral -- and exceptionally detailed throughout the audioband, including in the bass, which I’ve often found a bit boomy and indistinct in affordable floorstanders. It was also tremendously extended in the highs, yet without the ‘bite’ I’ve heard from some metal-dome designs in this price class; and the outputs of the four drivers cohered so well that they sounded as if they were a single driver. Color me impressed by the F206’s lack of coloration.” 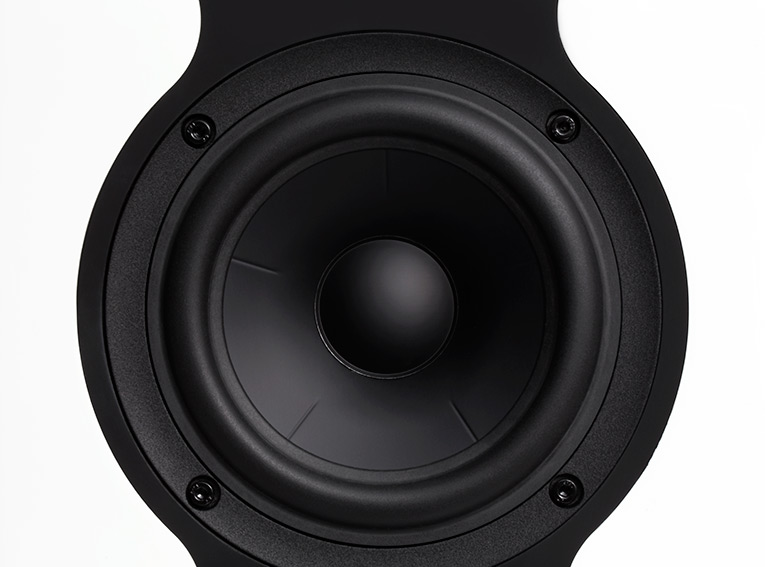 Exceptional neutrality -- i.e., the lack of tonal colorations -- has long been a hallmark of Revel designs. That’s not surprising, given the company’s research history, which is rooted in research done at Canada’s National Research Council in the 1970s and ’80s. Yet those weren’t the only areas that impressed Doug. He also highlighted the Revels’ exceptional soundstaging and imaging capabilities, which weren’t just good for the price or even multiples of the price, but for any price. As he said in his review, “The coherence of the F206es’ driver outputs and the evenness of the speakers’ sound both on and off axis contributed to the expansive soundstages and precise images I heard in my room. These differed a little depending on which electronics I was using, but were always exceptional. With the Hegel [Music Systems] H80 [integrated amplifier] in the loop, images were highly defined on stages that, depending on the recording, extended to each speaker’s outer edge, and with depth that was consistently good, if not on a par with the very best. With the more expensive electronics, which are able to reveal more of what my recordings contain, the imaging became a touch more specific, and the stages of recordings that contained such information extended slightly beyond the outer limits of the speakers. Most impressive was that the depth improved markedly -- in this regard, the F206es were up there with the very best speakers I’ve heard at any price. This proved to me that it wasn’t the speakers that were limiting the stage, but the electronics.”

Our measurements of the F206, which were performed in the anechoic chamber at Canada’s NRC, show the loudspeaker’s exceptional linearity both on and off axis, and extremely low distortion at an output level of 90dB (measured at a distance of 2m). The measurements also revealed one of the speaker’s limitations: It has usable low-end output to just below 40Hz, but not to 20Hz, which is what a speaker must have to be considered full-range in the bass. In short, the F206 gives up the bottom octave of the audioband. The speaker’s other limitation has to do with output capability, which Doug Schneider wrote about in his review: “[D]ue to the modest sizes of its cabinet and drivers, the F206 . . . couldn’t produce ultra-high SPLs or large-scale dynamics the way bigger speakers with bigger woofers can. . . .” Whether those two limitations matter to you will largely depend on room size and listening habits. 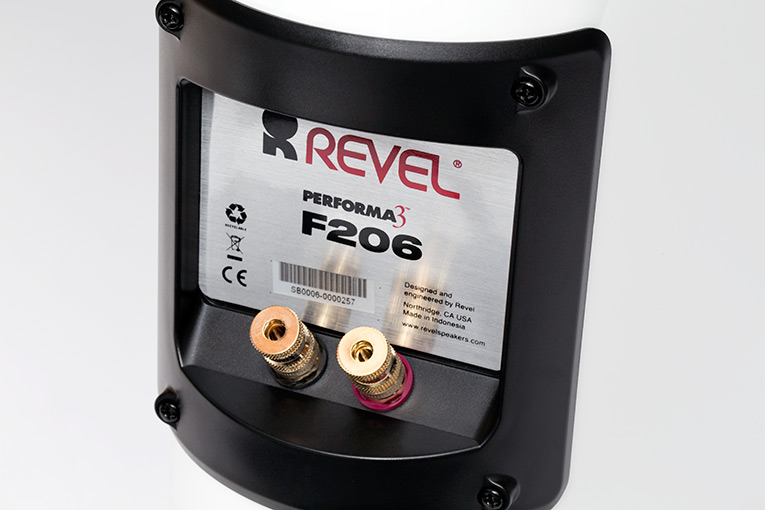 Commensurate with the F206’s price-exceeding performance are its excellent build quality, topflight finish work, and attractive styling. Taking all of these together, the F206 provides top-class, reference-grade sound for a real-world price, and gives much more expensive speakers a serious run for their money. A high five to the F206, the second Revel speaker to make it to our list of Recommended Reference Components.