Paradigm’s Prestige series is near the center of the Canadian company’s wide range of loudspeaker lines, slotted between the Persona models and the new Premier series. In Paradigm’s model-naming system, B stands for bookshelf: The Prestige 15B costs $799 USD each, while the Persona B goes for $3500 each, and the Premier 200B for $599 each.

When I considered Paradigm’s array of models, the Prestige line seemed to occupy the sweet spots of price, size, fit and finish, and measured performance. With Paradigm focusing on speaker arrays for use in home theaters and music systems, the Prestige line comprises three floorstanders (the 95F, 85F, 75F), two center channels (55C, 45C), two subwoofers (2000SW, 1000SW), and a surround model (25S). The 15B is the only Prestige bookshelf model, and the only one intended for use on a stand. 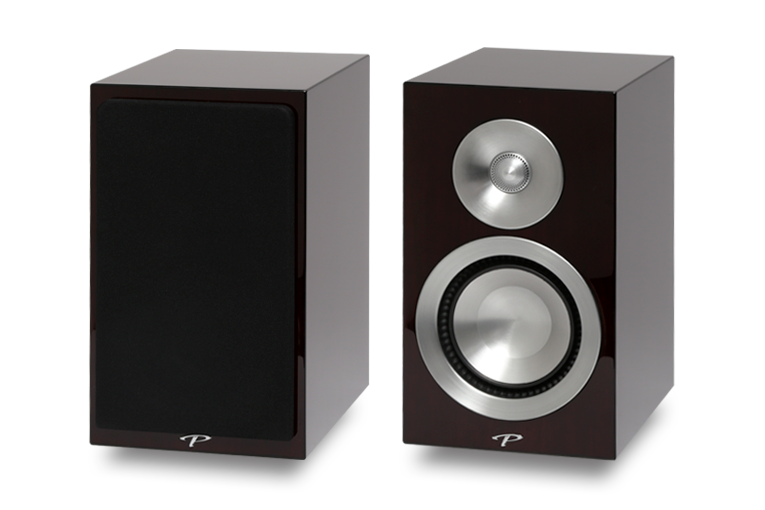 The Prestige 15B includes many proprietary technologies also seen in Paradigm’s Persona models, which cost four times as much as their Prestige counterparts. One of these is their Perforated Phase-Aligning tweeter lens, which both protects the tweeter and acts as a phase plug; another is a finite-element-analysis-optimized pole-piece assembly that Paradigm says concentrates the power of the driver’s magnet, for maximum efficiency and response. Its 5.5” bass-midrange driver adds Active Ridge Technology surrounds and the Shock-Mount isolation system. Both it and the 1” tweeter are made of a pure brushed aluminum Paradigm calls X-PAL, selected for its light weight and stiffness.

The 1” tweeter is crossed over to the 5.5” midrange-woofer at 2kHz. Paradigm claims an on-axis frequency response of 57Hz-20kHz, ±2dB, a sensitivity of 90dB/W/m, and a nominal impedance of 8 ohms, and recommends a range of amplifier power of 15-150W. The 15B has five-way metal binding posts that are easy to tighten and loosen, and extremely sturdy. 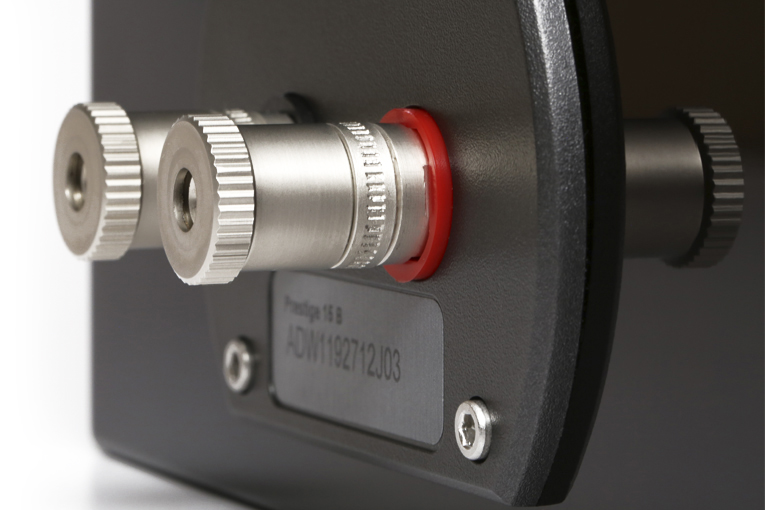 I was first attracted to the visual design of the Prestige series, which subtly communicates refinement. At 13”H x 7”W x 11”D, the Prestige 15B is on the small side of average bookshelf size, and weighs 16 pounds. I got the impression that its insides are well packed. And if you’re tired of black hi-fi gear, the Prestige 15B offers some refreshing alternatives: in addition to Piano Black, it’s available in finishes of Gloss White, Walnut, Black Walnut, and the Midnight Cherry of my review samples. They looked deep red in sunlight, but took on darker shades when in shadow. The Prestige 15Bs are among the most attractive-looking speakers I’ve had in my room.

If you forgo the magnetically attached grille, the midrange-woofer and tweeter shine a burnished silver. The cabinets are built in Canada of 0.75”-thick MDF; the front baffle is 1” thick. The tweeter and driver are affixed from behind, eliminating unsightly bolt heads in front. There’s a small port on the rear panel, and often during my listening I reached behind the speaker to feel the air push against my hand. 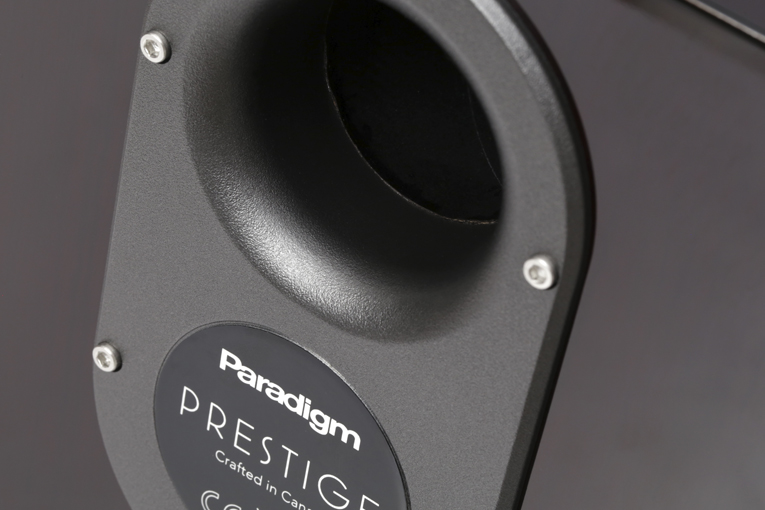 I placed the Prestige 15Bs on 20”-tall custom stands, and found myself microadjusting their toe-in angles during the time they spent with me. Their distance from the wall behind them remained constant at about 2’, but the angle was tricky to settle on: It began slight and ended up severe. Until then, my listening position always seemed slightly off, favoring either the left or the right speaker. The 15Bs sounded best when their tweeter axes crossed precisely at the tip of my nose and their inner side panels disappeared from view.

I began my listening with the grilles in place. When my daughter asked why I was keeping those striking silver drivers covered -- she wanted to see them -- I removed the grilles and left them off.

Usually, people choose bookshelf speakers when floor space is at a premium and their ceilings aren’t of cathedral loftiness. In such a room, a pair of two-driver, two-way speakers of generous output makes practical sense. For such speakers to make musical sense, however, the design compromises necessitated by their small size must be minimized and aesthetic details optimized. In my experience, 6” bass-midrange drivers deliver the perfect amount of punch and precision. Any smaller and the music can be too lean, any bigger and the bass tends toward the woolly and undefined. Although I love what my Elac Debut B6es ($279.99/pr.) can do at their price point, their bass is a little looser than I would like.

The Prestige 15B’s 5.5” midrange-woofer reproduced astonishing amounts of musical information, and its tweeter balanced that bass presence and low-end solidity with a well-integrated high end of impressive abilities. This speaker didn’t completely disappear or blend into the background, nor was it shouty or intrusive. Instead, it made its presence known with sparkling detail, and a liveliness that made the music the focal point of my listening. 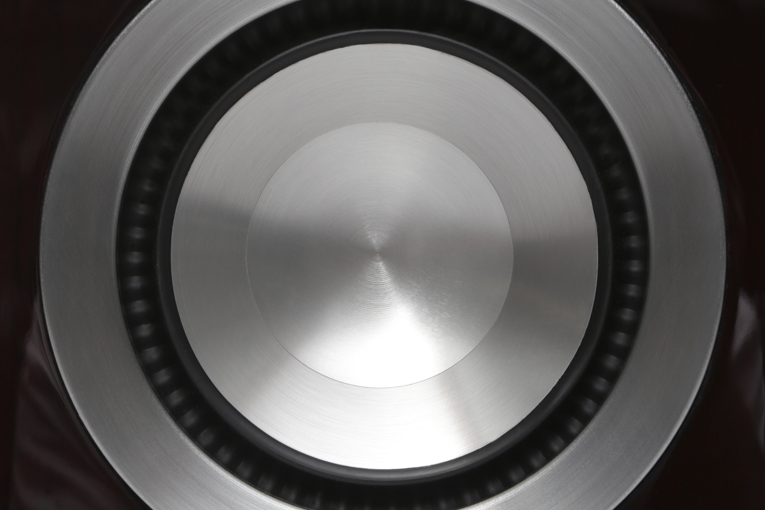 The opening notes of the title track of Rod Stewart’s Every Picture Tells a Story (LP, Mercury SRM 1 609) are as familiar to me as coffee and donuts, and through the Prestige 15Bs the acoustic guitar shimmered and resonated with realistic detail. The drums kicked in with force, and this energetic speaker conveyed Stewart’s rasp, its chaos barely controlled. This music was made in 1971 with a spirit of discovery, and the 15Bs were able to renew my feeling of hearing it as if for the first time with its integration of sonic elements: strummed acoustic guitars, rolling drums played by human hands, and voices, all combining in a smooth assault. Each time I felt the 15B might be sounding a shade bright, that feeling was replaced by one of wonder.

With a variety of recordings on CD and LP, the Prestige 15Bs handled high volume levels without making me want to turn them back down. In fact, the soundstage widened and deepened at high volumes. There was greater definition of instruments in space, a slight smoothing of the treble with vinyl, a taming of harshness with digital. Overall, there was an improvement over the dynamics I usually experience in my listening. 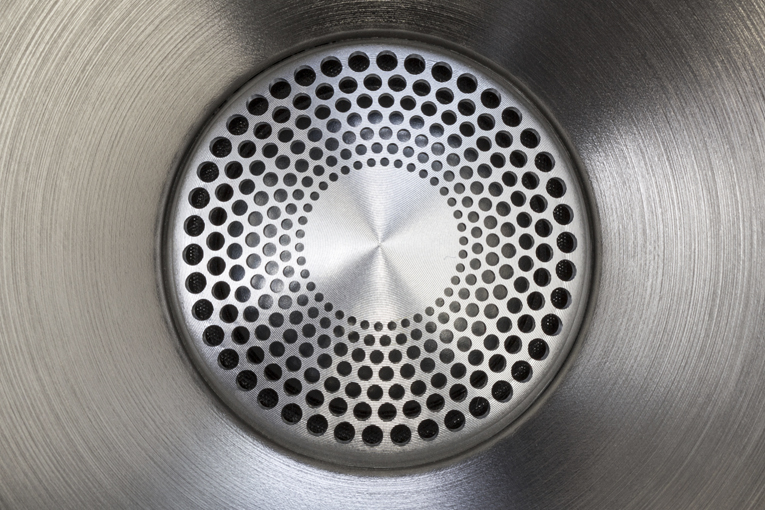 “From This Moment On,” from Ella Fitzgerald Sings the Cole Porter Songbook (CD, Verve 821 990 2), bounced along with irresistible momentum, the expressive nuances of her singing as clear and engaging as at any time I’ve heard this track -- and much more so than through my Elacs, which sacrifice some precision and refinement. The Prestige 15Bs let me consider the various timbres of Fitzgerald’s voice: her crystalline highs, throaty lows, and pure midrange were all in the room, with multiple textures and layers of vibrato. The lower midrange was more forward than through the Elacs -- in fact, almost everything about the Prestige 15Bs’ sound was more forward than the Elacs’. But when I took the Paradigms over to a friend’s and hooked them up to his system, they slammed out “Brown Sugar” and maintained the three-dimensionality of “Can’t You Hear Me Knockin’,” two tracks from the Rolling Stones’ Sticky Fingers (CD, Virgin 8 39525 2) that we’ve come to love hearing through his old Polk Audio LSi7 speakers.

The 15Bs’ bass extension was always better than adequate, and sometimes startling. These speakers could punch while retaining their expressive articulateness. With “When the Levee Breaks,” from Led Zeppelin’s IV (LP, Atlantic SD 7208), the Paradigms delivered seven minutes of unrelenting impact: that mighty music was dramatic without being brash, and consistently full-bodied and colorful. The Prestige 15Bs were capable of great power and depth: They kept the noise low and the distortion nonexistent, and reproduced high-resolution recordings without compromise. 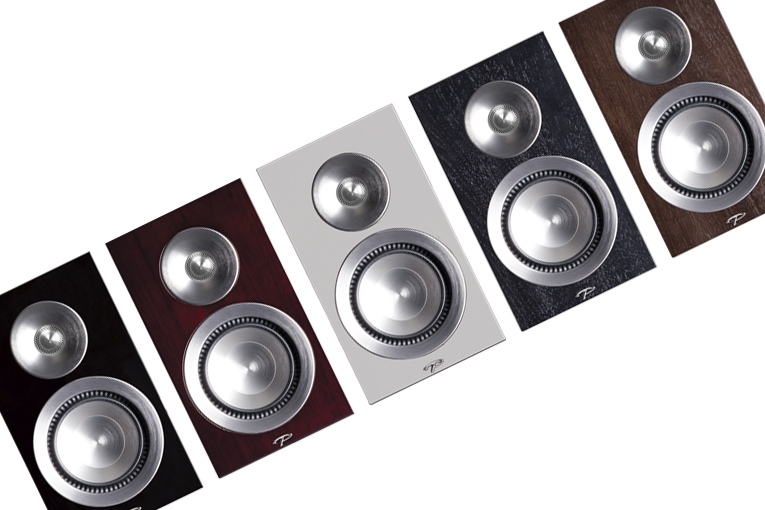 The 3D soundstaging I’d heard from the 15Bs in my friend’s system enriched and expanded under the influence of his NAD amplification. When his NAD C 325BEE went to the whip, the Prestiges responded, filling the room with crackling energy. These speakers sounded great at low levels, and I never suffered when listening at reasonable volumes -- but as the volume knob turned rightward, the Paradigms produced a jump factor that would mitigate the tradeoffs audiophiles make when we move away from floorstanders.

I cranked Led Zep’s “Rock and Roll” and the 15Bs’ sound remained open, uncolored, and full-bodied. Jimmy Page’s guitar was vivid, Robert Plant’s voice was intense, and the rhythm section of John Paul Jones and John Bonham pumped with the force of a hammering heart. “Black Dog” wasn’t much different. At high volumes, the 15Bs maintained the stability of aural images, and remained free of congestion and distortion. The highs were smooth and bewitching, without steeliness, and the bass stayed solid and clean.

In the Prestige 15B, Paradigm has built a speaker that looks fantastic. But in hi-fi, looks are secondary to sound, and the sound of the 15B is second to no other bookshelf speaker I’ve heard near its price point. If it leans toward brightness, it’s not at the cost of its bass response, which indicates a superior level of engineering -- even a certain degree of alchemy -- that’s able to produce a balanced, integrated sound from so small an enclosure. I listened for hours without fatigue. On the contrary, what I heard kept me reaching for the next record or song. The bass from a bookshelf speaker will always be a bit shy of what a bigger box can generate, all else being equal. But the bass that emerged from the Prestige 15Bs was always satisfying, and borderline remarkable.

If you choose the Prestige 15Bs to be the cornerstones of a two-channel system, you’ll be getting a pair of speakers that will minimize their footprints while maximizing their sonic presence in all but the largest rooms. Your choice could also serve as the heart of a home-theater system that would be the state of the art in its category. The Prestige 15B is the complete package: aesthetically sophisticated, materially advanced, technologically progressive, and sonically and musically superior.