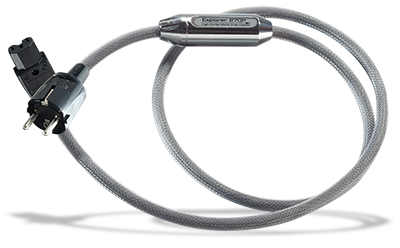 Some audiophiles just want to spend money, the more zeros the better. More and more, I see e-mails or postings on audio-related Internet forums from people who seem bent on buying the most expensive products available, many times even before they’ve heard the products they’re considering -- people who convince themselves that they need the more expensive item for complete musical satisfaction. While I know that many companies in turn need just these folks in order to survive in a marketplace where competition for the luxury buyer’s money is more and more intense, I don’t believe the upward-spiraling prices are beneficial for the audiophile seeking high performance at a fair price. Although superior technology is often trickled down to improve the performance of a manufacturer’s lower-priced product lines, what often results instead are higher prices across the board, not better and better sound at lower and lower prices. What sounds good on paper . . .

It was with this in mind that I asked Gabi and Edwin Rijnveld if they would send me a system’s worth of their Explorer cables to review. The Explorers are the lowest-priced models from their Siltech brand (the Rijnvelds also own Crystal Cable). They sent me enough to outfit my entire audio system: one pair of 180L speaker cables ($1800 USD per 2.5m pair), two pairs of 180ix XLR interconnects ($800/1m pair, $950/1.5m pair), and three 270P power cords ($600/1.5m cord), for a total of $5350 worth of wiring. While not dirt cheap, the Explorers are within reach of many audiophiles who have, say, $15,000/pair speakers and an $8000 amp. In our hobby these days, these prices are almost the middle ground -- the new normal, so to speak. So, no, these are not DH Labs-priced products, but they’re made in the Netherlands by a company that knows cable design inside and out, and they won’t cost as much as a new car.

As I wrote in my blog about these cables when they arrived, Siltech makes two lines more expensive than the Explorer models. The Classic Anniversary and Royal Signature cables are made of different materials -- varying combinations of silver and gold, which make possible what Siltech says is the purest signal transfer. The company has, in fact, made its reputation with these ultra-expensive conductors -- many audiophiles around the globe have found that these cables are the perfect matches for state-of-the-art systems for which price is no object.

So it was somewhat surprising that, in 2011, at Munich’s High End show, Siltech launched a line of cables whose conductors are made entirely of copper. The Explorers replaced the company’s previous entry-level cable line, the MXTs. Why copper, after years of silver and gold? Siltech maintains that conductors made of run-of-the-mill copper degrade over time, making the metal unsuitable for use in high-end audio cables, and making copper cables a poor long-term investment. 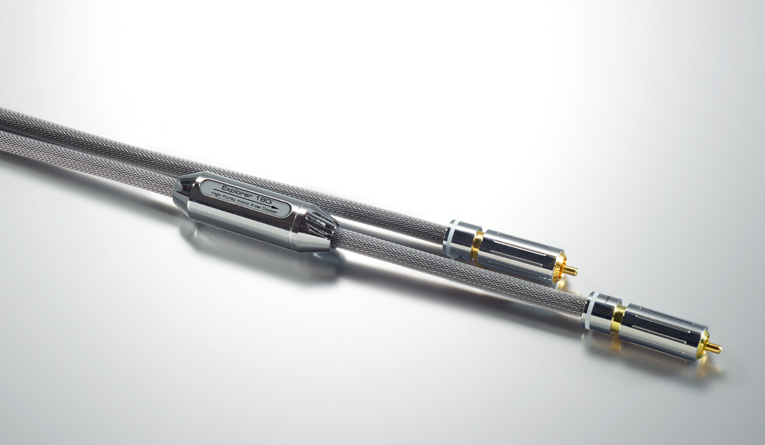 However, Siltech does not use typical copper. The conductors in the Explorers are made from what Siltech calls Mono X-tal -- a form of ultrapure, monocrystal copper. Monocrystal, or single crystal, implies that the wire is drawn in a continuous, unbroken piece with no grain boundaries. The lack of grain boundaries has been shown to produce better electrical conductive properties than wires made from polycrystalline copper, in which the latticework created by the many grain boundaries interferes with the transfer of electrical signals. The Explorers possess additional design elements that you’ll recognize if you’re familiar with other Siltech offerings. For instance, each cable’s metal barrel, engraved with the cable’s serial number, gives the Explorers a bespoke feel that doesn’t in any way indicate that these are entry-level products. Why are serial numbers important? Because there is, apparently, a thriving business in counterfeit cables out there; the serial numbers make it easy to ensure that your cables are authentic. With the money you’re spending on these, such peace of mind will be welcome.

For the rest of this review, I think we should do away with term entry level. I think the Siltech people would agree, because when you unpack these cables they do not seem cheap or second-class at all. And why should they? To outfit my system with a pair of speaker cables, two sets of interconnects, and three power cords, still cost a hair over five grand -- not chump change. I was impressed with their overall fit’n’finish -- the engraved barrels were particularly striking.

There are different ways to audition audio cables. Some maintain that you should insert one cable at a time, noting the changes that occur, and then move on to the next cable until, eventually, all cables in the system have been replaced. While I understand that reasoning, I don’t particularly like that methodology. It has been my experience that mixing and matching cable brands can lead to odd and even misleading results. You could wind up hearing the interactions between the varying cable brands in the system instead of the sonic signature of the cable under test. Nothing exists in a vacuum. So instead -- and this seems to be the thinking of those who make cables, as well -- I think that switching out an entire system of cables will lead to more straightforward and repeatable results, and allow the listener to gain an accurate sonic picture of what the brand has to offer. So I cleared out all the cables in my system -- mainly those from Nordost and AudioQuest -- and inserted the Explorers in one fell swoop.

It wasn’t difficult to hear the difference. As I played various cuts over the course of a couple of hours, I found the overall sound was wide open, often sounding big and spacious, and always fast. These characteristics made for involving experiences with all types of music. For instance, I listened to several tracks from Loreena McKennitt’s An Ancient Muse (16-bit/44.1kHz AIFF, Quinlan Road). Through some gear, “Gates of Istanbul” and “The English Ladye and the Knight” can sound closed in, even dark. Though not offensive in any way, and certainly not a cause of listening fatigue, this syrupy sound can put me to sleep, and is not what I usually want from my sound system. The McKennitt tracks didn’t sound like this with the Siltech Explorers, which instead shone a pleasing light on the music, opening the curtains just a touch to reveal a light and airy tonal balance. As a result, McKennitt’s voice sounded a little bit livelier while always remaining quite clear. Instruments rang out true, and were easily delineated on the soundstage. This wasn’t a case where more detail was necessarily being exposed, but instead was like removing an obstruction that had been placed between me and the performers -- I became a little more directly connected with the musicians, which kept me enthralled by the music rather than put to sleep by it. 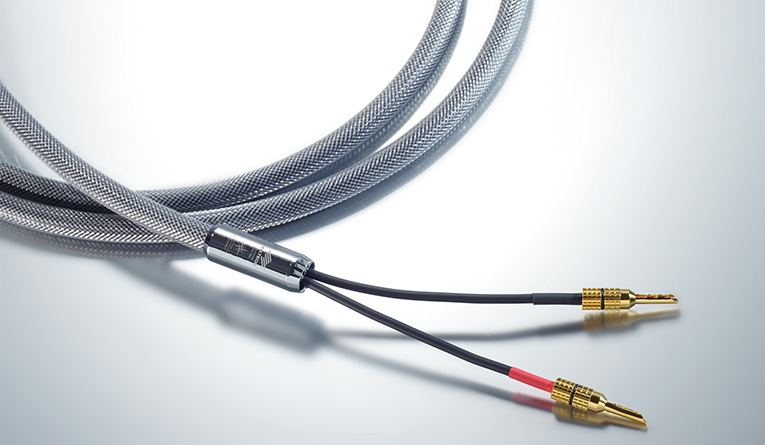 Joshua Judges Ruth (16/44.1 AIFF, MCA) is probably my favorite Lyle Lovett album, and the 1992 release contains “She’s Already Made Up Her Mind” and “North Dakota,” my favorite songs by him. The subtleties of the piano playing, the sudden dynamic shifts of the guitar, the weight of the drums -- all combine for not only some engaging music making, but excellent test material for a cable review. On these tracks I heard crisp clarity -- again, the sound was open and energetic, even though this music is more subdued than much of what I listen to. If your system ever sounds as if a wet blanket is thrown over it at the least opportune times, the Siltech Explorers could be just the fix -- they seemed to bring life and vibrancy to the sound. The soundstage spread wide and deep in my room, an effect enhanced, I think, by the excellent clarity of the sounds on the stage. Sometimes, folks equate a lowering of distortion with a whitening of the sound, or a threadbare presentation. Although I can’t be sure that what I heard from the Siltechs was lower distortion, I can say that I heard immensely quiet backgrounds that made the imaging very precise, and the images sharply defined.

As previously mentioned, I had cables from AudioQuest and Nordost in my system directly before the Siltechs. AudioQuest’s Niagara interconnects ($1800/1m pair, terminated with XLRs) and Meteor speaker cables ($5500/8’ pair) are some of my favorites -- expensive, but with much of the performance of even more expensive AQ models. The AQs have a full-bodied sound that makes for dense images, intense tone color, and superstrong bass lines, and I’ve found that they mate quite well with speakers that have metal-dome tweeters. Considered as an overall loom, their sound is the antithesis of thin and light. By comparison, the Siltechs were a touch lighter-weight in the bass, but countered with more open highs. The Explorers had a sprightlier sound in direct comparisons, and were, perhaps surprisingly, just as revealing of fine detail throughout the audioband when compared with the AudioQuests. 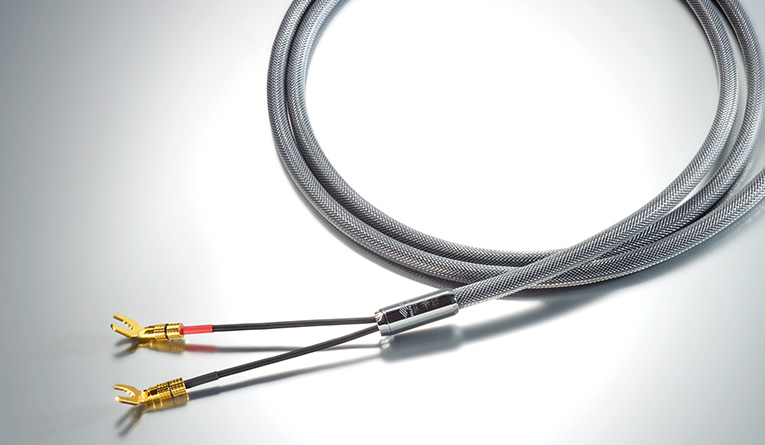 When I compared the Siltechs with much more expensive cables -- the previous generation of Nordost’s Valhalla line (now discontinued) -- I was taken aback by how much in common the sounds of the two looms had. There was no question that the Nordosts were faster with transients and produced images that were even more razor-sharp; however, the soundstages produced by both cable sets were equally large and accurately painted in my room. Overall, the Siltechs and Valhallas were cut from similar cloth: both sets reproduced lightning-fast transients, and had that wide-open quality that I’ve already mentioned several times.

In terms of overall tonal balance, the Siltechs fell somewhere between the sounds of the Nordosts and AudioQuests: lighter and brisker than the AQs, not as fast or as airy as the Nordosts. In fact, I surmise that, tonally, their sound makes them just about right for the vast majority of systems they’ll be used with -- they’re balanced that well. If I have a caveat, it’s this: Don’t use them in a system that’s on the verge of being too light in the bass. This was the main area of compromise that I heard, and it was very minor overall. The cables from some companies -- think Transparent -- seem to supercharge the bass. That doesn’t describe what I heard from the Siltech Explorers.

To place all this in context: The Siltechs Explorers are significantly less expensive than the Nordosts or AudioQuests I compared them with. This makes the Explorers the bargain of the bunch, and means that the potential buyer need not spend an arm and a leg to outfit a system with first-class cables. I’d put the Siltechs in the finest systems and expect them to sound right at home.

Describing a cable’s sound can be hard to do. The effects of swapping cables can be subtle, and system matching plays such an important role in the eventual sound that you hear that it’s not easy to make across-the-board cabling recommendations. The sounds of the Siltech Explorer 180L speaker cables, 180ix XLR interconnects, and 270P power cords are clearly balanced to bring a breath of fresh air to the vast majority of audio systems -- with an open, lively, engaging sound, there will be few systems that won’t be able to benefit from them. The Explorers can hang with far more expensive cables in direct comparisons -- proven by what I heard, as they directly followed pricier AudioQuest and Nordost looms in my system. They therefore invite the question: Why spend more?

If you want to throw open the window on your music and let the light shine in on it, these cables might be just what you’re looking for. When you combine their sonic performance with their exceptional build quality, along with a brand name that will invite pride of ownership and good resale value if you ever want to move up the line, it’s hard to imagine anyone going wrong with the purchase of the Siltech Explorers.