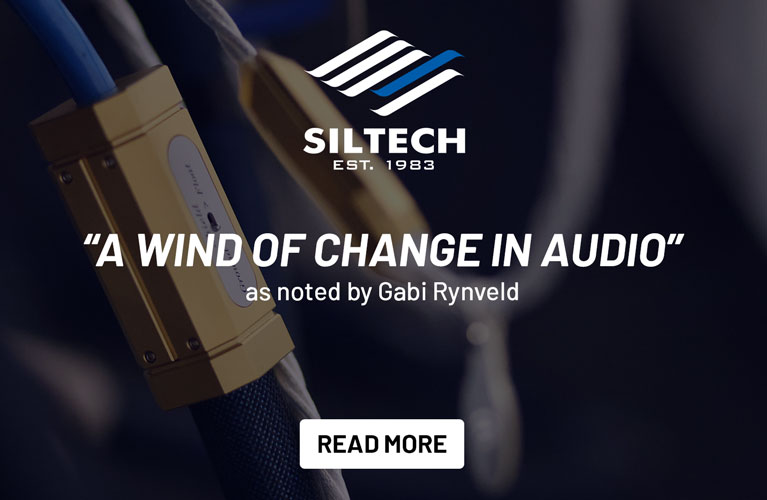 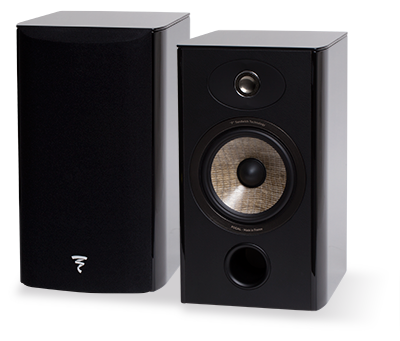 Flax, a long-stemmed, flowering plant that grows in the world’s cooler regions, is grown for its seeds and fiber. Flaxseed is rich in Omega-3 polyunsaturated fatty acids -- a perfect addition to my morning smoothies. Flax fiber is used in the making of such diverse products as linen, rope, banknotes, and speaker cones. Yes, that’s right -- speaker cones.

Focal spent five years researching and developing their new Aria 900 line of loudspeakers, and ultimately decided to make their drivers’ cones of flax. This broad line of speakers ranges in price from $900 to $5000 USD per pair, and comprises one bookshelf, one center-channel, one surround, and three tower models, soon to be joined by a second, smaller bookshelf design. I listened to the Aria 906 bookshelf speaker ($1500/pair).

The ultimate goal for a loudspeaker cone is that it operates as an ideal piston in which the input signal is converted to sound energy without the driver adding any coloration or distortion of its own. To achieve this goal, a speaker cone must have high resistance to bending, low mass, low energy storage, and high damping. To meet these requirements, speaker makers have used many different types of cone materials over the years -- paper, aluminum, Kevlar, polypropylene, etc. -- and have combined materials, such as polypropylene with a ceramic coating, to balance cost with performance.

In developing drivers for the Aria 900 line, Focal was looking to approach the performance of their W-composite sandwich drivers without the cost. The W sandwich is used in their top series, the Utopias, and consists of varying densities of glass-fiber sheets bonded to varying thicknesses of Plexiglas foam, to optimize each driver’s frequency response. However, the W cones are so complex that they must be made by hand -- a method suitable for $180,000/pair speakers, but not cost-effective for lower price points. To approach the performance of the W sandwich, Focal turned to flax. 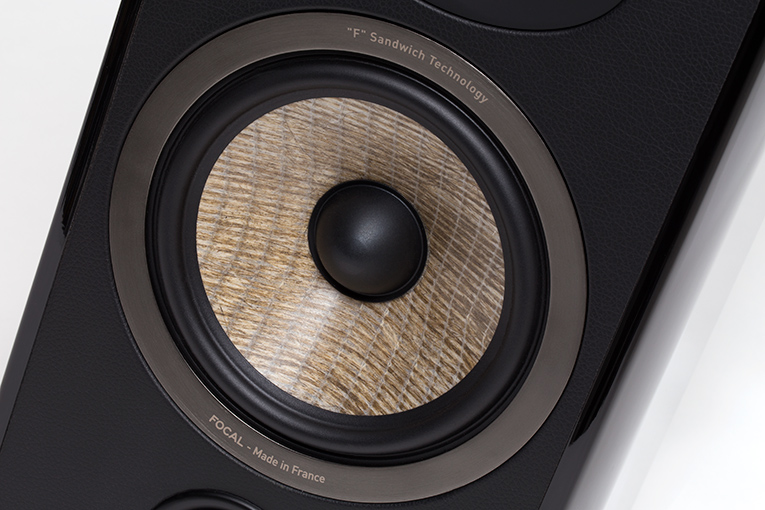 Although flax represents less than 1% of the fibers used in textiles, France is the world’s biggest producer of flax. That makes it a natural fit for Focal, which is based in La Talaudière, France. Focal found that the hollow-cored flax fibers have half the weight of glass fiber but very low elasticity. It proved to be an ideal core material -- and with a sheet of glass fiber on either side of a flax core, the F sandwich was born. According to Focal, this composite material has high rigidity, high damping characteristics, and high flexural stiffness. The flax-coned midrange-woofer used in the Aria 906 is 6.5” in diameter; other Aria 900 models have 8” and 5.5” cones. 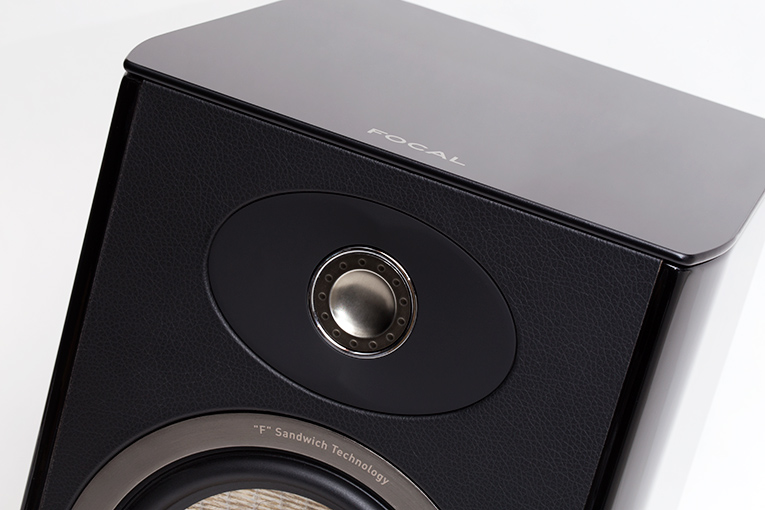 The Aria 906’s TNF tweeter, too, is a technological marvel. TNF stands for Tweeter Neodymium for Flax, indicating that this tweeter is designed to work with the characteristics of a flax cone. One of the first things you’ll notice about it is its inverted dome. Again borrowing technology from its higher-end lines, Focal uses inverted domes to bring more of the dome’s surface area closer to the voice coil. By doing this, the voice-coil can be smaller, and thus of lower mass. According to Focal, less mass means that an inverted dome can move faster than a conventional dome tweeter and thus better reproduce higher frequencies. The tweeter is made of an alloy of aluminum and magnesium, for lightness and strength. The 1” dome is suspended with Poron, an open-cell foam that Focal claims reduces distortion in the critical 2-3kHz region by three times as much as EPDM (ethylene propylene diene monomer, a type of synthetic rubber). The crossover frequency from tweeter to midrange-woofer is 2800Hz.

The Aria 906 is a fairly large and boxy bookshelf model with overall dimensions of 15.2”H x 8.8”W x 10.9”D, and chamfered front corners and sides that slightly taper to the rear. The cabinet is handsomely finished in Black High Gloss, with Walnut real-wood veneer also available. The paint finish is high quality -- some light marks on the surface came out easily with the included microfiber cloth. Another classy touch is the leather finish on the front and rear. The tweeter sits in a waveguide above the 6.5” midrange-woofer, and below that is a prominent 2” port. The cabinet didn’t vibrate much after I rapped it with my knuckles, indicating that some of its 19 pounds went into internal braces. There’s a single pair of binding posts on the rear panel. Although not supplied for my review, handsome matching aluminum stands are available, pleasantly affordable at $299.99. 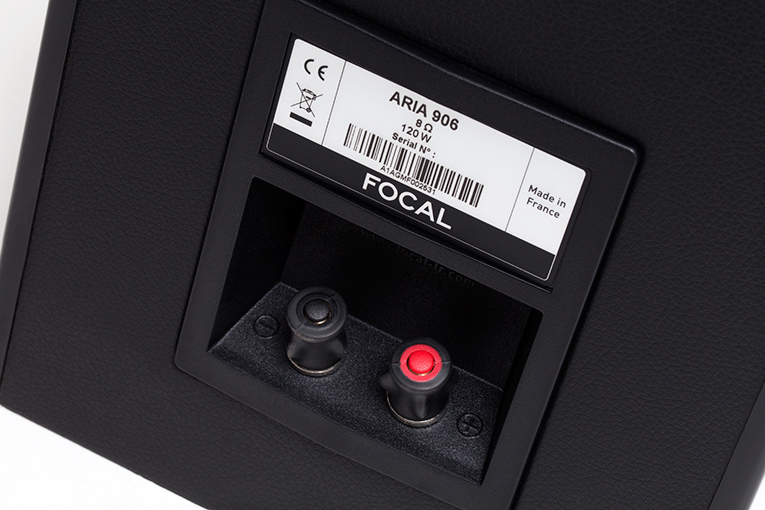 The Focal Aria 906 is a fairly easy load for an amplifier, with a claimed sensitivity of 89.5dB/2.83V/m, a nominal impedance of 8 ohms, and a minimum impedance of 4.6 ohms. Focal’s range of recommended amplification for this speaker is 25-120W. They proved easy to drive with either an Anthem MRX 510 A/V receiver or an Integra DTA-70.1 multichannel amplifier. The 906's frequency response is specified as 55Hz-28kHz, +/-3dB.

I drove the Focal Aria 906es with a variety of gear: an Integra DHC-80.3 preamplifier-processor, a 150Wpc Integra DTA-70.1 multichannel power amp, an Anthem MRX 510 receiver rated at 100Wpc for two channels, and a Cambridge Audio Stream Magic 6 music server directly driving two channels of the Integra DTA-70.1. I did most of my listening with the most transparent of the three setups: the Cambridge driving the Integra. 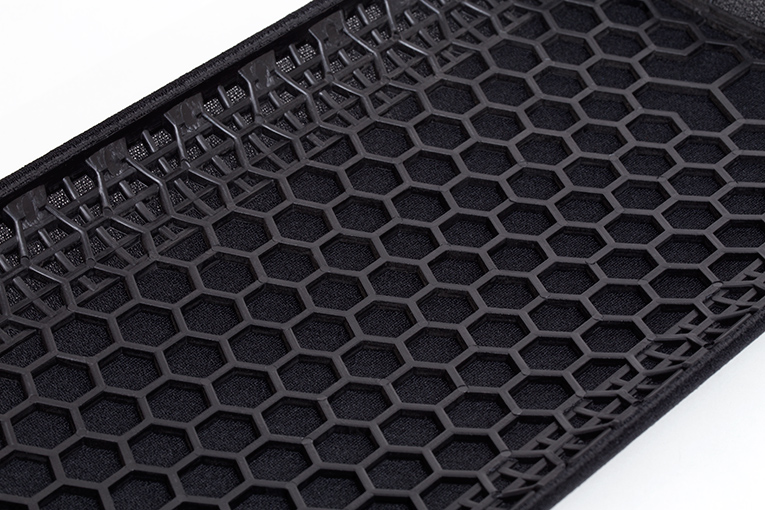 The speakers were mounted on 24”-high metal stands and placed 10’ from my listening seat and 8’ from each other, toed in toward me. I wanted to see the frequency response of the Focal Aria 906 in my room, which I could with the Anthem MRX 510 as a testing tool using the ARC-1M microphone and software. It showed good bass response down to 50Hz, and very smooth, flat response through the midrange and high frequencies.

My first impression of the Aria 906es was of the huge soundstage they produced -- it went beyond the speakers’ physical locations in terms of depth, width, and height. One track that demonstrated this well was the Persuasions’ “Stuck in a Moment You Can’t Get Out Of,” from The Persuasions Sing U2 (16-bit/44.1kHz FLAC, Chesky). Through most speakers, the first singer’s voice is anchored to the physical location of the left speaker; through the Aria 906es, the voice seemed to emanate from just outside of the speaker location. When the other singers enter, it was easy to pick out each in the huge soundstage spread before me. Each singer seemed to have depth, a trait common to bipolar speakers but usually lacking in conventional speakers that fire only from the front.

Listening to this track, another impression I formed of the Aria 906 was that it got the midrange right -- a hallmark of a great speaker. The voices of the male singers of the Persuasions, an a cappella group, range from bass to tenor, and all of them sounded natural and real through the Aria 906. This, coupled with the great imaging and soundstaging, let me easily imagine the group performing in front of me when I closed my eyes. Women’s voices, too, sounded natural, with a slight richness in the upper midrange. Listening to “Royals,” from Lorde’s Pure Heroine (24/48 FLAC, Lava Music/Republic/HDtracks), I welcomed the bit of warmth the Aria 906 provided to this track’s otherwise stark sound.

Another great recording that showcased the excellence of the Aria 906 was Rachel Z’s cover of U2’s “One,” from her Grace (24/96 FLAC, Chesky/HDtracks). This track begins with percussion in the right channel -- it imaged outside to the right of the right-hand Aria, and gradually moved to Z’s piano, at the center of the stage. The Focals’ imaging was so precise that it was easy to “see” the instruments onstage. The piano exhibited richness through the midrange, and smoothness in its upper frequencies. Speaking of the highs, the Aria 906 provided an ideal blend of extension, detail, and warmth, never sounding too harsh or too syrupy. Wynton Marsalis’s trumpet in “The Seductress,” from his Standard Time Vol.3: The Resolution of Romance (16/44.1 FLAC, Columbia), can sound brittle through poorly designed tweeters, but Focal’s TNF tweeter tamed its highs nicely.

The Aria 906 carried enough weight in the lower frequencies that I didn’t miss having a subwoofer to fill in the lowest octave. Sure, really low frequencies, such as on Mickey Hart’s Planet Drum (16/44.1 FLAC, Rykodisc), won’t be audible -- or feelable -- through the Arias, but these bookshelf speakers went more than deep enough for most music out there. The only real weakness of the Aria 906 could be in the quality of its bass. I say “could be” because, with both the Anthem MRX 510 and the combo of Cambridge Audio Stream Magic 6 and Integra DTA-70.1, I found the bass a bit warm and a touch resonant. However, late in my listening, I tried the Aria 906 with the Nuprime IDA-16 integrated amplifier ($2350; review in the works), which considerably tightened the bass response. Your experience may vary, depending on the quality of amplification you drive the Focals with.

I had an excellent pair of bookshelf speakers on hand to compare the Focal Aria 906 with: Revel’s Performa3 M106. It’s uncanny how similar the two models look on paper. The Revel’s overall dimensions are similar to the Focal’s, at 15"H x 8.3”W x 11"D (though the Revel has a very pronounced wedge shape, tapering to a width of only 4.5” at the back). And it weighs the same: 19 pounds. However, the M106 feels more substantial when hefted. The Revel, too, was finished in Piano Black, and its top panel was finished in a rubbery material. Instead of low in front, however, the Revel’s 2” port is in the upper part of its rear panel. Each speaker has a single set of binding posts of similar quality, although the Revel’s are all metal (the Focal’s has some plastic). The Aria’s leather front and rear panels and its contrasting midrange-woofer cone of light-brown flax give it a more artistic appearance than the M106, which is more businesslike: nearly the entire speaker is black, even the drivers. Where the two differ most significantly is in price: the Revel Performa3 M106 costs $2000/pair, or $500 more than the Focal Aria 906.

Although each speaker has its strengths and weaknesses, on an absolute scale, both represent excellence for a bookshelf speaker costing around $2000/pair. However, I could hear subtle differences. Although I’d rate the Performa3 M106 as more true to the source signal than the Aria 906, I preferred the sound of the Focal to the Revel. Listening to “Keith Don’t Go,” from Nils Lofgren’s Acoustic Live (16/44.1. FLAC, Capitol), I found the Aria 906’s touch of warmth more engaging than the slightly clinical sound of the M106, and Lofgren’s guitar was rendered larger through the Focals. Bass depth was similar with both speakers -- I estimate at around 50Hz -- but for bass tightness, I give the nod to the Revel. Still, this advantage of the M106 could be somewhat negated with the careful matching of amp to Focals. But when it came time to take off my reviewer hat and just listen for fun, I preferred the Focal Aria 906 every time.

The Aria 906 is packed with Focal’s latest driver technology, and the results are fantastic. I was smitten by the Arias’ huge soundstage, neutral midrange, and beautifully rendered highs. This bookshelf punches above its weight, and compares favorably with other well-regarded speakers, even above its price range. But the Aria 906 is greater than the sum of its parts -- it was simply a wonderful speaker when I just wanted to relax and listen to some music. Through judicious R&D, Focal has proven that flax is healthy not only for your heart, but for your ears as well.