The end of summer seems like a good time to catch up on some discs I didn’t get to review over the last few months. A couple of these are recent, but others have been out for a while. I continue to be surprised at how many good jazz musicians are out there making discs for regional labels or for their own distribution. I’m also pleased that a big-time rocker like Tom Petty can still remind me that rock’n’roll has some life left in it. One disc I’ve chosen not to review because it’s been out for more than a year still deserves mention. Ian Hunter’s Man Overboard (New West NW6167, ****) is a big-hearted, emotionally engaging record -- so much so that I’m embarrassed to have missed hearing it before my friend Mike gave it to me for my birthday. Don’t pass it up. That said, on to the others:

Paul Weller: Wake Up the Nation 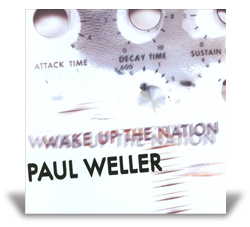 Paul Weller’s 22 Dreams (2008) was such a return to form that it made his discs since Heavy Soul (1997) sound merely good, solid, and workmanlike. Illumination and As Is Now had more than their share of good songs and impassioned performances, but 22 Dreams and Wake Up the Nation, Weller’s newest, are reminders that Weller at his best is an essential rock and roller. His sense of adventure and his eclectic interests are intact on the new disc. The title tune is a classic rocker a la the Jam, and “No Tears to Cry” could have been a beautiful Drifters record. “Andromeda” and “Find the Torch, Burn the Plans” channel Revolver-era Beatles, and it’s amazing how many of the guitar sounds Weller nails. As always with Weller, the alchemy comes from taking influences and making them sound like he came up with them.

Wake Up the Nation, with its aural wit, is probably the most fun disc Weller’s ever done. “Aim High” contains a quick horn sample from Blood Sweat and Tears (and uses it to better effect than they did), along with a synthesizer string line that evokes Isaac Hayes’s “Shaft.” The disc opens with the sound of an electronic keyboard and a rattling spring reverb on a guitar amp, and it’s this meeting of old school and new that seems to have renewed Weller’s vigor.

Bruce Foxton, Weller’s band mate in the Jam, plays bass on two tracks, and other great musicians, among them Kevin Shields (My Bloody Valentine), Bev Bevan (the Move, ELO), and Barrie Cadogan (Little Barrie) chip in. Simon Dine produced, and audiophiles may find the production a bit crowded. I kind of like it that way.

Tom Petty and the Heartbreakers: Mojo 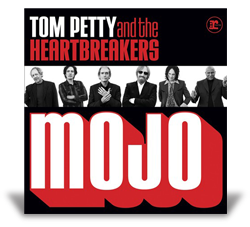 I wasn’t going to buy Mojo. I’m going through a periodic funk where I wonder if my habit of buying every disc by every musician I like isn’t getting out of hand, especially when it comes time to file them in my library. But after the funk passes, I end up buying those discs anyway. At any rate, I was in a chain bookstore the other day, and I heard some tracks from Mojo that pulled me right in. I was impressed by how new and exciting they sounded. New is an odd word to apply to a disc that wears its influences and affections on its sleeve. Scott Thurston’s Little Walter-style harp rides hard on “Jefferson Jericho Blues,” which includes a guitar solo that quotes from one of the Allman Brothers’ Fillmore East jams. The Allmans, who, like Petty, grew up in , are an abiding presence here, from the twin leads on “First Flash of Freedom” to the vibe on “Takin’ My Time.”

“I Should Have Known It” is as tough as anything on Led Zeppelin II, while “Good Enough” has the multi-tracked guitar majesty of . Petty has fun evoking both his predecessors and contemporaries, but the vision and feeling of the songs are his. In a way, Mojo is a summing up of Petty’s career -- a warm tribute to the music that helped form him and all the rest of us who love rock’n’roll. The disc is also the closest to blues he’s ever done. Mike Campbell’s great guitar playing is at the center of it, but it’s Petty the songwriter who really drives things along. “No Reason to Cry” is tender country rock, “U.S. 41” has a terrific swamp vibe, and “Let Yourself Go” is a tribute to Peter Green-era Fleetwood Mac. Many of the tunes, such as “Lover’s Touch,” are simply, irresistibly Tom Petty and the Heartbreakers. Mojo offers proof, if any is needed at this point, that Heartbreakers as a unit are unsurpassed in rock’n’roll.

Chris Bellman’s excellent mastering catches the nuances of the many guitars played by Petty, Campbell, and Scott Thurston. 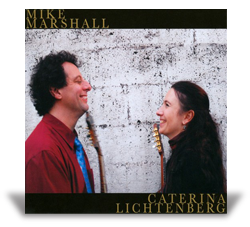 Mike Marshall is a master of several string instruments and a co-founder of Adventure Music, which imports music by current Brazilian artists. Adventure Music also releases ’s own discs, which are well recorded and show him to be an exciting and restless musician, always pushing himself into new challenges. Previous discs include collaborations with the Swedish folk group Väsen and with Brazilian mandolin player Hamilton de Holanda. This time around, Bulgarian mandolin player Caterina Lichtenberg joins him for ten compositions that cover several eras and genres, from Bach to Jose Antonio Zambrano, a 20th-century Venezuelan composer. Lichtenberg is a highly regarded classical musician who has appeared with chamber groups and orchestras throughout the world. Since ’s music is often improvisational, it’s natural to wonder how well he will mesh with a player from a different background. But his virtuosity and his ability to play in so many styles makes this disc a triumph for both musicians.

Caterina Lichtenberg and Mike Marshall opens with the Allegro Assai movement from Bach’s Violin Sonata III in C Major. The two virtuosos play with authority and delicacy, easily negotiating the quick, interlocking melodies. The piece lets both musicians demonstrate their considerable abilities without merely showing off. wrote two of the tracks, “The Cat, the Mouse, and the Chicken” and “Dec. 29th.” The first has a touch of bluegrass, which he and Lichtenberg play with wit and energy. The second tune is more ruminative, and the subtle interplay between Lichtenberg and Marshall demonstrates how two great musicians respond to and support each other. Zambrano’s Suite Venezolana is a beautifully constructed piece, modern in its melodic feel but possessing a clear folk heritage. Lichtenberg and Marshall present the music with great precision and conviction.

Lichtenberg’s and Marshall’s ranges allow them to adapt Jean-Marie Leclair’s Sonata VI for Two Violins, as well as “Gankino,” a Bulgarian folk tune. In both cases, the players display respect for the music and skill in its presentation. As with all of ’s recordings for Adventure Music, the sound is rich and detailed. The instruments ring in a concert hall ambiance, resonating warmly. ’s discography contains many riches, and this disc is a welcome addition. 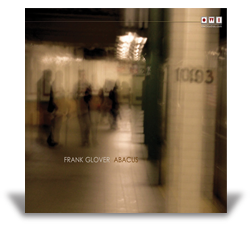 I missed the chance to review Glover’s last disc for Owl Records, Politico (2009), but Abacus may be an even better place to become acquainted with this exciting musician. Glover is sometimes edgy, harmonically challenging, and bracingly unpredictable. Abacus is a three-movement symphony-concerto (as cellist Geoff Lapin describes it in his liner notes) for jazz quartet and orchestra. Glover plays clarinet and soprano sax, and he’ll soon make you forget any stodginess you associate with the first instrument, as well as the treacle that smooth jazz has imposed on the second. Many of Glover’s ideas come from the modernist tradition, but the way he integrates them with the quartet seems natural and gives him, Jack Helsley (bass), Zach Lapidus (keyboards), and Dave Scalia (percussion and drums) room to improvise while they flow with the textures of the orchestral arrangements.

“Abacus,” the third section of the first movement of the composition, is built around Scalia’s marimba and drums, Helsley’s economical and well-chosen electric bass lines, and Glover’s soprano, with his overdubbed lower register of the clarinet adding grit and foundation. The orchestra gives the early moments of the piece harmonic color, but soon the quartet carries the melody and structure. The next section, “Domino,” brings the orchestra back, playing in a style reminiscent of Gil Evans’s late-1960s recordings. Each section of the piece segues smoothly and naturally to the next. “Ballerina,” a lengthy movement at the composition’s mid-point, is a carefully structured showcase for Lapidus, and though it’s the only part of Abacus that bogs down a bit, it reveals a deep emotional complexity after a few listens. Glover’s embrace of formal musical structures is not unusual in jazz musicians -- think of John Lewis or Gunther Schuller -- but his use of modern instrumentation, such as the electric piano in “Domino” and the electric bass throughout Abacus, give his music a more contemporary feel. In addition, he isn’t afraid to introduce rock elements into the mix. Scalia in particular brings an aggressive rock feel to much of his work here.

The appeal of Abacus comes from Glover’s eager embrace of music’s possibilities and his willingness to let inspiration carry him away. I, for one, was pleased to hear the reassuring sound of tape hiss on the fade out of the tracks on this warm and inviting recording. 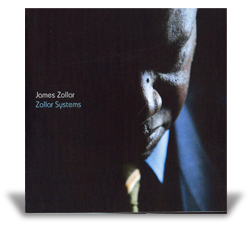 Trumpeter James Zollar has played with a variety of jazz leaders, including Cecil McBee, Sam Rivers, and Don Byron, and has appeared with the Lincoln Center Jazz Orchestra and the Duke Ellington Orchestra. His sole outing as a leader was Soaring with Bird, which he recorded for in 1998. Zollar Systems is a disc of straight-ahead jazz that Zollar keeps interesting by changing the pace and approach of his arrangements. The opener, “ Preferred,” is aggressive hard bop with Zollar and saxophonist Stacy Dillard in close harmony and pianist Rick Germanson playing solidly behind them. Zollar shows some Freddy Hubbard influence and a bit of Kenny Dorham in his solo, but he has fresh ideas and a distinctive style. Dillard and Germanson offer lively and exciting solos, as does bassist Ugonna Okegwo.

Zollar picks up the flugelhorn for a sensitive reading of Basia’s “The Prayer of a Happy Housewife,” which features a lovely opening by Germanson. Again, Zollar and Dillard interact beautifully and play some fine brief solos during the head arrangement. The song is a feature for Okegwo, who is a fluid and melodic player and is able to keep your attention focused on an instrument that can sometimes be ungainly. Zollar’s wife, Nabuko Kiryu, wrote two tracks, which feature her vocals. “Take the Subway Home” is an old-style swinger that lets Zollar show his roots (he appeared in Robert Altman’s film about the city). Kiryu sings the opening verses of “Go-En” in Japanese and then switches to English after a solo each from Germanson and Zollar. She arranged the two tracks, as well as a very nice take on Hank Jones’s “Angel Face,” on which she doesn’t sing. The three ballads on Zollar Systems are the least flashy tracks on the disc, but they show the sensitivity and sureness of these players. Zollar’s beautifully developed solo on Hoagy Carmichael’s “The Nearness of You” is a on a disc that’s remarkable for the high level of skill and inspiration demonstrated throughout. The clean digital recording serves the instruments well, especially the bass, which is detailed and natural. Zollar Systems is a consistently enjoyable disc by a musician who deserves much wider renown.