ECM Records, More Vital and Innovative than Ever

Every jazz fan who grew up in the 1970s knows ECM Records, the German record label that Manfred Eicher established in Munich in 1969. Its first release, Free At Last, was by American jazz pianist Mal Waldron, and in the years since, Editions of Contemporary Music has released music by many other American jazz musicians, including Keith Jarrett, Chick Corea, Pat Metheny, and Jack DeJohnette.

But while Jarrett gave ECM what remains its biggest seller, The Köln Concert (1975), and Pat Metheny also sold lots of records for the label, American musicians were never Eicher’s focus. ECM has introduced or been a key factor in the success of musicians as diverse as Norwegian saxophonist Jan Garbarek, Brazilian guitarist and pianist Egberto Gismonti, German bassist Eberhard Weber, and Canadian trumpeter Kenny Wheeler, to name just a few.

Many of the European musicians who have recorded for ECM have a deep knowledge of the techniques of jazz improvisation, to which they bring the music of their own cultures. Some of ECM’s most satisfying recordings have brought together musicians from different countries. Jarrett’s European or “Belonging” quartet comprised Garbarek, bassist Palle Danielsson, and drummer Jon Christensen.

Eicher also has an interest in classical music old and new, and ECM has released music by John Cage, Steve Reich, and John Adams, Beethoven’s complete Piano Sonatas as performed by Hungarian pianist András Schiff, and been instrumental in bringing the music of composer Arvo Pärt to listeners. In fact, ECM’s classical arm, ECM New Series, was at first established to release recordings of Pärt’s works. A number of ECM’s jazz musicians have also done work in classical music, particularly Jarrett and Garbarek.

Some of the label’s music is unclassifiable. Guitarist Steve Tibbetts has been with ECM since 1988, and none of his eight albums for the label is easy to describe. The same could be said of much of the music by trumpeter Tomasz Stanko, saxophonists Roscoe Mitchell and Evan Parker, and other avant-garde musicians who push past boundaries and genres to challenge listeners.

I had intended to review several titles from ECM’s extensive catalog that have been released in high-resolution formats and compare them to their vinyl or CD counterparts. When I went to the label’s website, however, I saw that the label is still vital after almost 50 years, and that it continues to release lots of new music. Several recent and upcoming titles piqued my interest. I also saw several boxed reissues of older ECM recordings that were worth revisiting. (I reviewed one, a Peter Erskine set, for SoundStage! Access.)

Czech bassist Miroslav Vitous first appeared on ECM as a leader in the late 1970s, and has recorded a number of times for the label as leader and sideman. He’s appeared on albums by many jazz musicians over the years, but is perhaps best known for having, in 1971, founded Weather Report with Joe Zawinul and Wayne Shorter. He released a quartet recording, Remembering Weather Report, in 2009, and returns now with Music of Weather Report. 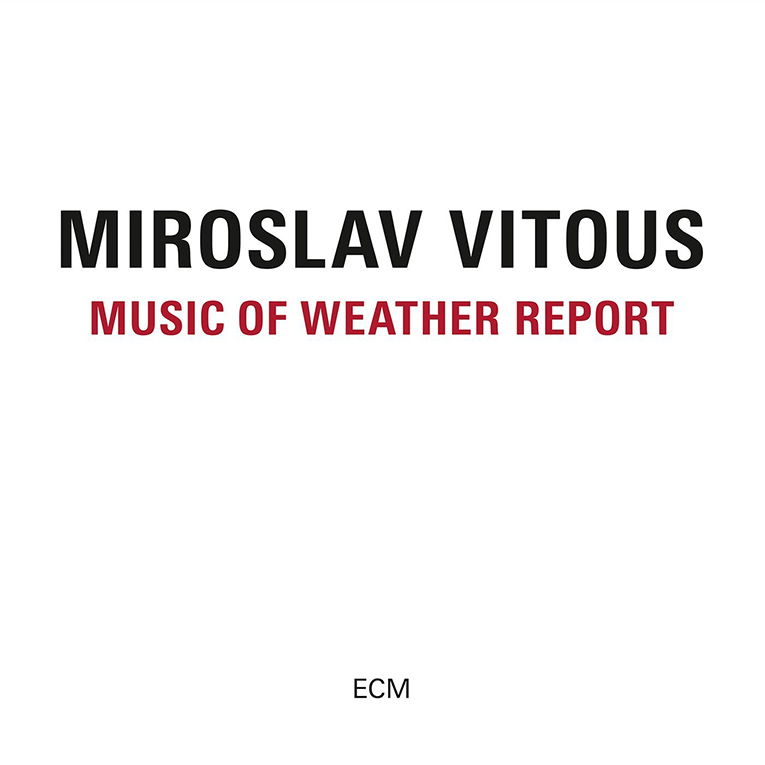 Two musicians from the earlier album join Vitous: saxophonist Gary Campbell and drummer Gerald Cleaver. The new album is a set of tracks arranged for sextet, with saxophonist Roberto Bonisolo, keyboardist Aydin Esen, and drummer Nasheet Waits. Remembering Weather Report was Vitous’s attempt to re-create the concepts that drove that band in the beginning, before it took a more commercial turn, but it included no Weather Report compositions. This time around he’s recorded actual Weather Report tunes, and three variations of a newer composition of his own, “Multi Dimension Blues.”

“Scarlet Woman Variations” is based on the tune written by Zawinul and Shorter, with bassist Alphonso Johnson, for Mysterious Traveler, Weather Report’s fourth studio album. Esen re-creates the textures of Zawinul’s electronic keyboards while putting his own spin on them, and Vitous uses a wah-wah pedal while bowing his bass, to evoke others of Zawinul’s keyboard effects. The saxophonists, in separate channels, harmonize on Shorter’s statement of the melody.

The original track was tightly constructed; here, Vitous gives it room to expand while retaining the original melody. The players don’t veer too far off, but they open up the tune. Bonisolo and Campbell get brief features that they use to good effect, and the drummers add small touches that play strongly against Vitous’s firmly stated bass lines. The group returns to this composition later in “Scarlet Reflections,” with Vitous’s arco bass this time taking the lead against Bonisolo’s statement of the theme and Esen’s keyboard washes.

Miles Davis recorded Shorter’s “Pinocchio” in 1967, for Nefertiti, when Shorter was a member of his second great quintet. Shorter revisited the tune in a vastly different version in 1978, on Weather Report’s Mr. Gone. Here, in “Pinocchio Variations,” Vitous keeps Shorter’s melody, but the arrangement is rhythmically adventurous -- slower, but with the drummers chatting across channels, the saxophonists harmonizing and soloing in tandem. Vitous and Esen create a complex web of chords, and pop in and out with their own statements.

“Birdland Variations” revisits Weather Report’s most popular tune, “Birdland,” from Heavy Weather -- it was a hit single in 1977 -- pulling it apart and letting it roam free. Cleaver plays in 3/4 time, Waits in 4/4. The musicians jump in and out of the time signatures, letting the music develop and transform. The familiar “Birdland” themes come together frequently as a touchstone, Vitous using his wah-wah pedal to re-create more of Zawinul’s sound. The arrangement transforms, even subverts the original, while remaining familiar enough to let you find your way. 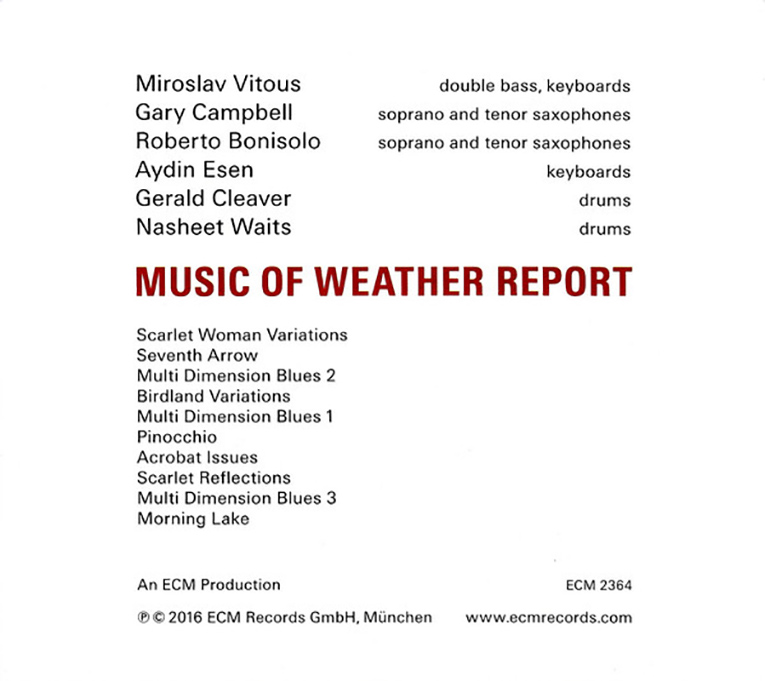 The group does new arrangements of two compositions Vitous wrote for the first WR album, Weather Report. “Seventh Arrow” is freer here, the drummers creating a complex rhythmic web, the saxophonists playing together and solo. “Morning Lake” re-creates some of the original’s atmosphere, but it’s more complex and layered. This more abstract take on the song is also more engaging and emotionally satisfying.

Of the three versions of “Multi Dimension Blues,” the third is the funkiest, and the most evocative of WR while not impeding the free-form undercurrent that runs through the disc. Music of Weather Report is a testament to Miroslav Vitous’s continued relevance as a player and to his original concept for the band he helped form.

Tigran Hamasyan is a young Armenian pianist whose music is jazz that often uses Armenian folk music as a point of departure. His seventh album, Luys i Luso, was his first for ECM -- a collection of interpretations of sacred music from his homeland arranged for piano and chamber choir. Manfred Eicher heard a radio broadcast that included a performance by Hamasyan and Norwegian sampling musician Jan Bang, and suggested that the two expand on what they’d done by adding two more players, guitarist Eivind Aarset and trumpeter Arve Henriksen. All three Norwegian musicians had appeared on other ECM titles, and Eicher recorded and mixed the music on Atmosphères in a single three-day period. He follows this practice for many ECM recordings, to ensure spontaneity and focus in the musicians. 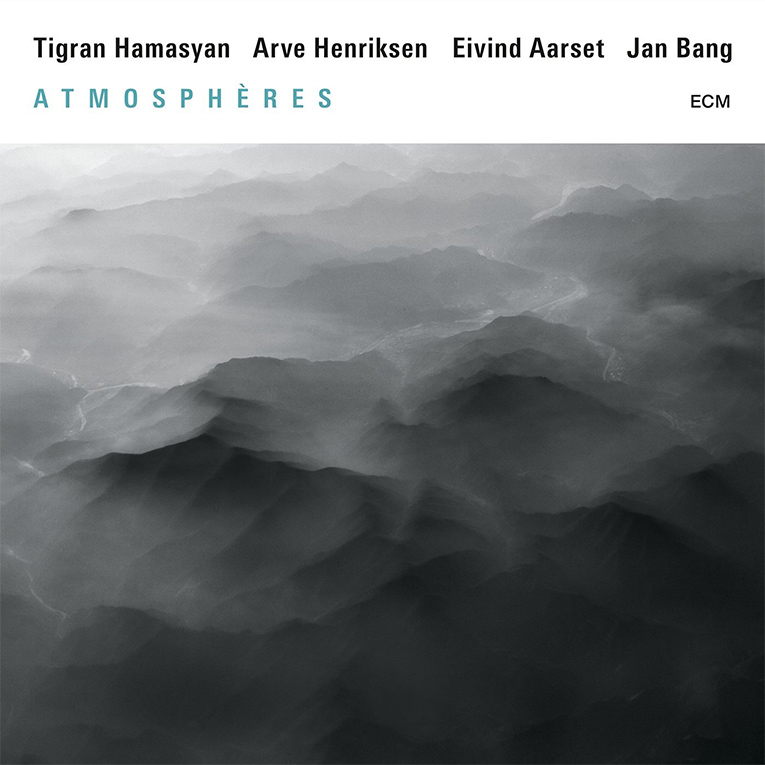 Hamasyan uses the music of Komitas Vardapet (1869-1935), an Armenian priest and composer, as the basis for four of the improvisations on the two CDs of Atmosphères, but the remaining tracks, most of them credited to the quartet, also have strong undercurrents of contemplative spirituality. Guitarist Aarset uses processing and volume swells to create waves of sound similar to keyboard washes, against which Hamasyan plays flowing melodies.

While the music of Armenia is an abiding interest for Hamasyan, he seems to have absorbed the ideas of earlier European composers, especially Satie. His playing is deceptively subdued, building in emotional and harmonic complexity. Henriksen is able to re-create on trumpet the sound of the duduk, an Armenian reed instrument, which gives the music an even more exotic sound.

The four compositions by Komitas are each titled, but ten of the remaining are named and numbered “Traces I” through “Traces X.” The first “Traces” establishes how much of the music will be presented: Aarset establishes a current of sound over which Hamasyan and Henriksen play sequences of chords or a melody. Bang captures samples of what the musicians are playing, then feeds them back into the music to add complexity and excitement.

While many selections unfold in a contemplative manner, others are more jagged and challenging. “Traces II” has an ominous undercurrent that builds to a positive conclusion. “Traces IV” is pastoral and thoughtful, Henriksen adding a deeply moving melody to Hamasyan’s expansive chords. “Traces V/Garun A” is, at 12:39, the longest track, and incorporates a composition by Komitas. Another long (9:28) track, “Traces VII,” skitters and jumps before taking shape, then ends in calm reassurance.

While Atmosphères is improvised, it can’t be described as jazz. It doesn’t really swing as much as unfold. It’s too emotionally complex to be ambient music, too harmonically ambitious to be called minimalist. It’s hard to describe, and fully engaging. Other Hamasyan recordings I’ve heard anticipate it in some ways, but in the end, nothing else is really like it.

Guitarist Jakob Bro, from Denmark, began recording in 2003. He played with the late drummer Paul Motian, and now has an extensive discography as both leader and sideman. His 13th recording as a leader, Streams, is his second for ECM, and features Joey Baron on drums and Thomas Morgan on bass. Bro likes ringing arpeggios, and sustained single-line melodies that hang in the air. He uses some effects, especially chorus and delay, to create an ethereal feeling. 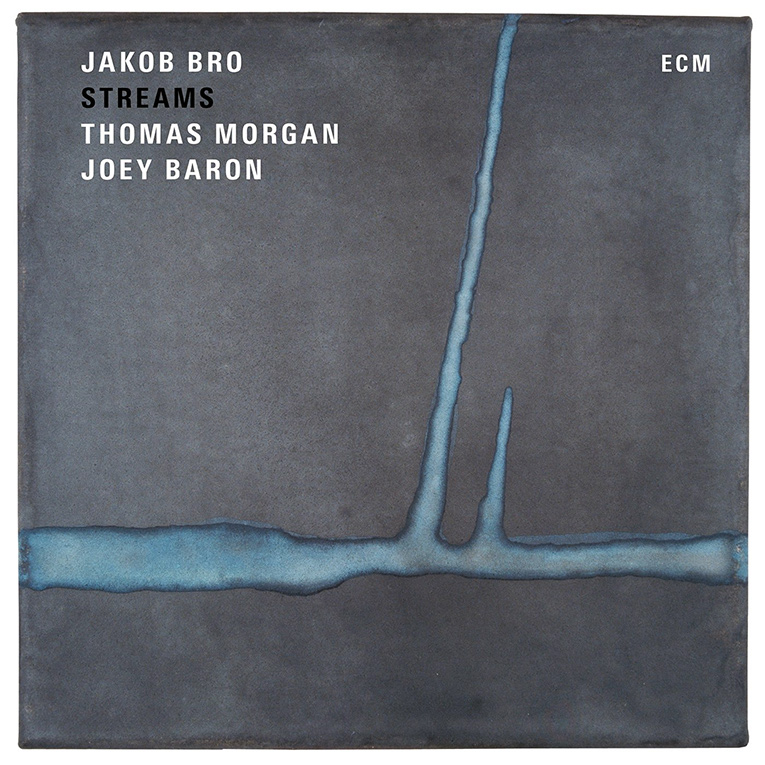 “Opal” is filled with shimmering notes in a long, melodic opening that Bro unfolds slowly. Baron fills in with brushed snare and cymbals, while Morgan floats around Bro’s chords, giving them focus and foundation. Bro is not rushed -- he lets notes ring, and hang in the air as long as they need to before fading. “Heroines” has a stirring melody, and Bro’s ringing chords build layers of sound, to which Baron sensitively responds.

Bro uses a guitar synth in his tribute to Paul Motian, “PM Dream,” and sustained chords to create a backdrop for solid melody lines from Morgan. Baron’s drumming is often commentary or interjections rather than mere timekeeping -- very much in Motian’s style. The track becomes more intense as it develops, and two-thirds of the way through Bro begins to play simple, distorted guitar lines that produce an emotional pull. “PM Dream” is elegy to and celebration of Motian’s genius.

Bro returns to “Heroines” in a solo performance, and here his gentle touch and strong feel for melody stand out. He’s so subtle and emotionally honest a player that even when he employs a guitar synth, as in “Sisimiut,” he doesn’t sound cold or technical. Baron and Morgan are smart, sympathetic collaborators. Baron is clearly influenced by Motian, but doesn’t copy him so much as follow his example. Morgan is a fluid player who wonderfully complements Bro’s compositions.

Vitous produced and engineered Music of Weather Report at his own Universal Syncopations Studios, in Italy. Eicher was the executive producer for that album, and produced Atmosphères and Streams. These all-digital recordings sound spacious and detailed. All three feature ECM’s distinctive artwork.

ECM’s recordings continue to be distinctive, expanding the boundaries of jazz and other genres, improvised and scored, and asking listeners to respond to new and interesting music. It’s hard to imagine European jazz being the force that it has become in the last half-century without Eicher’s influence. That he continues to bring so much unique music to our ears is a tribute to his commitment to the creative imaginations of the musicians he champions.