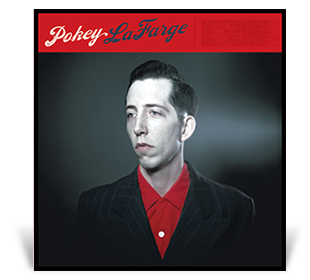 As summer unfolds, I’ve found myself balancing my listening: some old favorites alongside some new discoveries. I’m happy to recommend the following discs for your lazy, hazy listening pleasure:

St. Louis-based musician Pokey LaFarge teamed up with Ketch Secor, lead singer for Old Crow Medicine Show, to produce LaFarge’s new self-titled release, out now on Jack White’s Third Man Records. LaFarge’s style incorporates a devotion to days gone by, from his fedora, pinstripe suit, and his greased-back hair to his penchants for a high falsetto and parlor guitar, with some ragtime clarinet, cornet, and kazoo thrown in for good measure. The sound of this self-described “innovator and preservationist” is reminiscent of music of the early 20th century, but comes barreling into the age of contemporary Americana with unbridled enthusiasm. “The Devil Ain’t Lazy” recalls the big-band swing sound of the Squirrel Nut Zippers, while the colloquial “Won’tcha Please Don’t Do It” is pure western swing and honky-tonk. Themes of riverboats, summertime, dancing, and idyllic romance are prevalent, and LaFarge’s unique voice can convince you that all you need to cure what ails you is to slip off to a countryside bar, sip a refreshing beverage, and shake a leg -- excellent summertime advice! 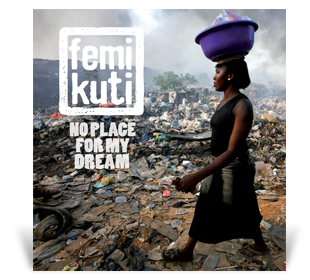 Although few artists worldwide have used music to call for political and social reform more than did the late Nigerian legend Fela Kuti, much of his legacy and talent has been passed down to his son, Femi, who was groomed from a young age to follow in his father’s footsteps. With the same powerful delivery and calls for action, Femi Kuti continues to address issues of global hunger, poverty, and injustice; the frenetic pace of his Afro-beat rhythms drives home his messages, while syncopated horns cry out that something be done. Kuti’s sensitivity to suffering is palpable on his latest release, No Place for My Dream (Knitting Factory). He wastes no time on frivolous topics, but instead hits hard and relentlessly, with outspokenness and a sense of urgency. While the political overtones of his music are packaged in beautiful melodies and harmonies, they’re also delivered with a punch that refuses to be ignored -- Kuti is a political revolutionary in the guise of a musician. Listening to songs such as “No Work, No Job, No Money,” “The World Is Changing,” and “Politics Na Big Business” is a crash course in global crises and abuses of power, particularly on Kuti’s home continent of Africa. You may find yourself dancing, but you’ll also find yourself thinking long afterward about the stark realities faced by voiceless, marginalized, and oppressed peoples everywhere. 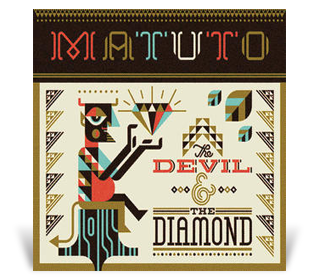 Matuto was formed when jazz guitarist Clay Ross and accordionist Rob Curto met and began collaborating in Brooklyn. Their lyrical songwriting is reminiscent of Paul Simon’s, and their arrangements weave together Afro-Brazilian, Cajun-Zydeco, bluegrass, and forró elements with foot-stomping fiddle, accordion, and hard-driving beats. Drawing on numerous American and Brazilian folk forms, the group offers a cross-cultural, genre-defying musical amalgamation in The Devil & the Diamond (Motema Music). The result, as heard in such songs as “The Devil’s Hand” and “Drag Me Down,” is something unique and unbridled. Matuto’s sound carves a path that crosses imaginary boundaries of genre and nationality, effortlessly flowing in undeniably catchy new directions with skill and grace. 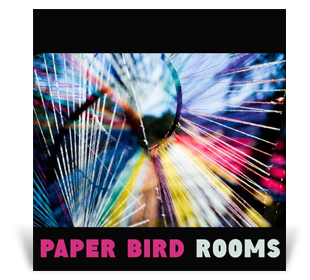 I’ve also been enjoying the newest offering from indie band Paper Bird, Rooms (available online through iTunes and Bandcamp). The Denver, Colorado-based septet relies on intricate harmonies and energetic rhythmic structures to build their songs into catchy tunes that envelop the listener in a gentle pop-folk cloak. They toured this spring with the Lumineers, and the two bands certainly have a complementary sound. The title track is a simple but lovely song built on acoustic guitar, harmonica, banjo, and percussion. “Recirculation” is an impressive display of call-and-response singing that showcases the pristine voices of band members Sarah Anderson, Esme Patterson, and Genevieve Patterson, while the gospel-like “Hold It Down” sends out a joyous call for unity and togetherness that’s simultaneously reminiscent of a tent revival and a hippie love-fest. Rooms is mellow and lighthearted, with all the qualities of a soft summer breeze.