From Cuba to Pennsylvania 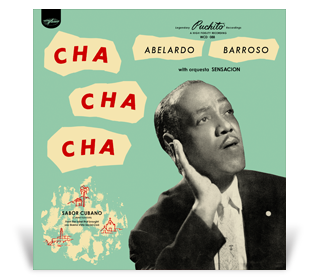 Hello, 2015! The future is here now, folks (as is the present) -- welcome! I hope this finds you all recovering from the holidays and entering the new year with revived senses of purpose and peace, and a desire to hear great music. Here’s what I recommend to kick it off:

In late November, World Circuit, the label that launched the Buena Vista Social Club, released a collection of the best of Cuban singer Abelardo Barroso, taken from his late-1950s recordings with Orquesta Sensación. Cha Cha Cha features 14 songs from an era when the titular dance craze was huge not only in Cuba but around the world, thanks to the growing popularity of radio and records. The recordings that Barroso and Orquesta Sensación made for Puchito Records found the singer at the peak of his powers, and he and the band were considered the leaders of the popular genre.

With an outstanding, rock-steady rhythm section, driving doubled violins, flute, coro (backing voices), and Barroso’s own charismatic lead, Orquesta Sensación was a sensation indeed. For several years, their songs could be heard pouring from every bar and business in downtown Havana. And although they were primarily advertised as a cha-cha-cha band (Americans shortened it to cha-cha), they were equally adept with the other complex Cuban rhythms. Yet by the end of 1959 the great era of the cha-cha-cha was coming to a close, signaled by a new rhythm, the pachanga. While his peak was short-lived, Barroso’s legacy to Cuban music is timeless, and this new release beautifully captures a bygone era. I recommend listening to Cha Cha Cha on World Circuit’s 180gm vinyl, which is accompanied by liner notes, lyrics, photos, and a card for a digital download of the album. 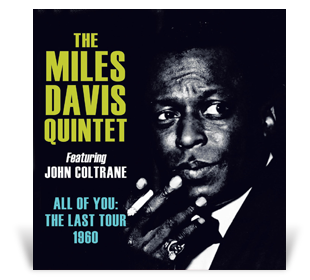 About the time Cuba was wrapping up the cha-cha craze, Miles Davis and his first great quintet were making their final tour of Europe. John Coltrane would leave soon after to create his own group and rise to his own great heights, but his unique contributions during this period remind us of where he started. On December 2, the English label Acrobat released All of You: The Last Tour 1960, an incredible four-disc boxed set of four CDs containing remastered recordings of performances by the Miles Davis Quintet in Sweden, Germany, Switzerland, and Holland, featuring pianist Wynton Kelly, Paul Chambers on double bass, and drummer Jimmy Cobb. The performances are a time capsule of one of the greatest jazz groups ever formed.

Featuring takes compiled from radio broadcasts and audience recordings, the sound quality varies but is generally quite good. The few muffled or muddy tracks, for me, only reinforce the old-world romance and ambiance in the overall feel. More often, the quality is clear, and surprisingly crisp for recordings made more than half a century ago. The 36-page booklet provides in-depth notes and technical comments on the performances by Simon Spillett, an award-nominated tenor saxophonist, while the packaging, and the inclusion of a backstage interview with Coltrane in Switzerland, make this a highly desirable piece of jazz history.

Coltrane had already formally resigned from the band when the tour began, but agreed to the tour as a final farewell; indeed, one senses a swan song being sung in solos from both Davis and Coltrane. What is felt most of all, however, is the absolute freedom of jazz: untamed, joyous, frenetically urgent -- jazz that remains undeniably and profoundly alive, 55 years after it was birthed. 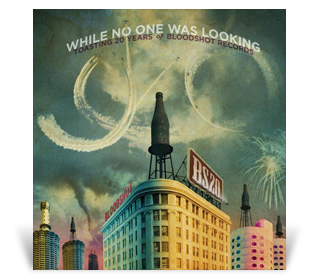 Not everything I’ve been listening to is five decades old -- two of the best releases of 2014 arrived near the end of the year. The independent label Bloodshot Records, out of Chicago, celebrated its 20th anniversary with the two-disc/three-LP limited release of While No One Was Looking: Toasting 20 Years of Bloodshot Records. They attribute their longevity to an ability to, as co-owner Rob Miller explains, “operate on the fringes” with a little bit of “delusion,” a lot of dedication, and unwavering devotion to the underground sounds they’ve spent two decades promoting. But this is not just another repackaging. Instead of compiling a greatest-hits sampler, they invited new artists to cover songs originally recorded for Bloodshot, and asked them to choose the song and apply their own interpretation. Contemporary artists such as Andrew Bird, Blitzen Trapper, Shakey Graves, and Two Gallants have remade hits by such veteran Bloodshot artists as the Old 97s, Neko Case, Justin Townes Earle, and Dex Romweber. There are many surprises, but what’s no surprise is that the label is still thriving in what they call “the venal snake pit” of the modern music industry. The artists they’ve signed and the albums they’ve released always offer something refreshing and worth sharing with the world -- which is why Bloodshot Records has excellent reason to celebrate. 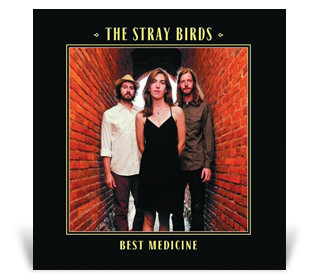 Finally, two years after the release of their harmonically arresting, self-titled debut, the Stray Birds ended the year with their second full-length album, Best Medicine, on Yep Rock. Hailing from Lancaster, Pennsylvania, the three-piece band comprises Maya de Vitry, Oliver Bates Craven, and Charlie Muench. All classically trained, the three found common ground in the ability of each to play numerous instruments and warble naturally over bluegrass, country, old-time fiddle, and roots-based harmonies. Best Medicine, their best work to date, showcases the original songwriting and virtuosity of all involved. Flat-top guitar, fiddle, banjo, mandolin, and bass accompany rich Appalachian harmonies in ten original and two traditional songs. “San Antonio” and the title track stand out as the two stellar offerings. Don’t miss the Stray Birds’ medicine -- it’s sure to cure what ails you.

To a happy, healthy, and musically prosperous new year!