Much as I love saying “I told you so!” I will resist crowing about what transpired at the recent Munich High End show. It was only a mini-tapefest, not a veritable flood, but I saw enough reel-to-reel machines and pre-recorded tapes to be able to argue that the format -- if not back so strongly that Maxell, BASF, TDK, et al., are reopening their factories for it -- is enjoying enough of a renaissance to create a dependable cult.

For some time I have been blathering on about the return of reel-to-reel tape, periodically pointing out that -- as expected -- Tim de Paravicini used his trusty, well-travelled Denon DH-710 as the heart of his show demonstrations. I have duly recounted that companies including Opus 3, Hemiolia Records, Entertape, Metaxas & Sins, Analogue Productions, and Fonè are producing extremely covetable, straight-off-the-master tape copies in assorted formats, with 15ips half-track being the ultimate version. 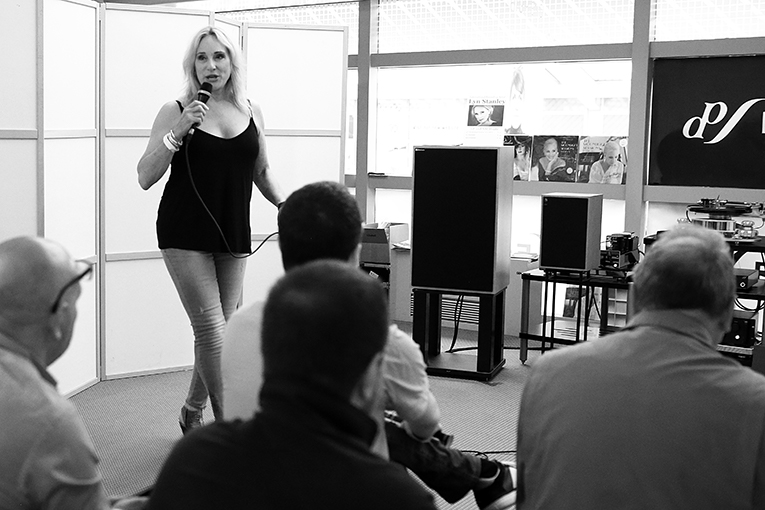 Alas, these pre-recorded tapes are by necessity hugely expensive. One supplier told me his bulk cost for the 10.5" blanks from the two remaining sources is in the region of $50 USD apiece. Factor in the cost of acquiring, running, and maintaining a bank of tape decks for duplicating as many tapes as possible all at once, copying from the precious master in real-time. Add in packaging, shipping, and licensing fees, all for extremely limited sales potential, and now you know why pre-recorded open-reel tapes, circa 2018, cost anywhere from $200 to $600 apiece.

This has been enough to deter a handful of audiophile labels that I asked about the possibility of adding their titles to the mix. One said, “As much as we would love to, we simply cannot justify the time and effort to sell what would be no more than 100 to 200 copies.” He adores the format, but his company has to work to a much larger scale than the smaller, hard-core tape supporters who may be employing only a dozen people (or less), or for whom it is core business. 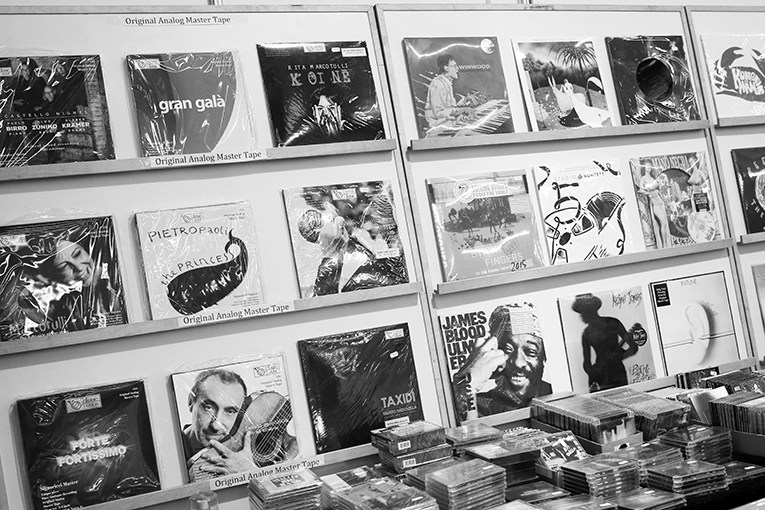 That said, I have before me just three catalogues picked up in Munich, and between them there are over 50 titles available. A guesstimate based on others I have seen would be over 200 titles currently on offer from a variety of suppliers including those not showing in Munich. The music ranges from opera to jazz, classical to soundtracks, and all have the same raison d’être: to provide hyper-fanatical music lovers with the best sound they will ever hear in the home.

Already, a mode of questionable behaviour has emerged that the tape labels acknowledge, in the manner that creators of intellectual property have always had to deal with some form of piracy. When the first generation of modern audiophile open-reel tapes started to appear a few years ago, the price discussion was handled thusly, according to one wise vendor.

Said he, with a shrug, “I expect our customers to play these once, and then take them out for ‘special occasions.’ After all, tapes wear out and these are undoubtedly expensive -- not like wearing out a $3.99 cassette back in the day. But the clever ones will also make one-to-one real-time copies for themselves, and play those, keeping the original pristine, safe, and sound.”

He then admitted that he suspects many will also be persuaded to make copies for their friends, but added with sanguinity: “We can only produce a finite number of tapes, so once they have sold out, this doesn’t cost us any lost sales. We will reach all of the primary customers prepared to pay €300 or $500 or whatever, and those who have copies from our tapes wouldn’t have purchased brand-new tapes from us anyway. Whatever, that’s part of the price of producing limited editions: if you have any sense, you will produce as close to as many copies as you expect to sell, and it’s better to sell out every one of them than to sit on unsold stock.”

[Which reminded me not of a tape situation, but one that affected a particular LP series: Mobile Fidelity’s One-Step releases. The furore that followed the first title, Santana’s Abraxas, which was sold out on announcement, forced the company to increase production of each title that followed. But pressing more LPs ain’t the same as running off copies of a master tape you want to play as infrequently as possible.]

If this has piqued your curiosity, visit www.fone.it, www.hemioliarecords.com, and www.entertape.com to find out what these guys are doing. 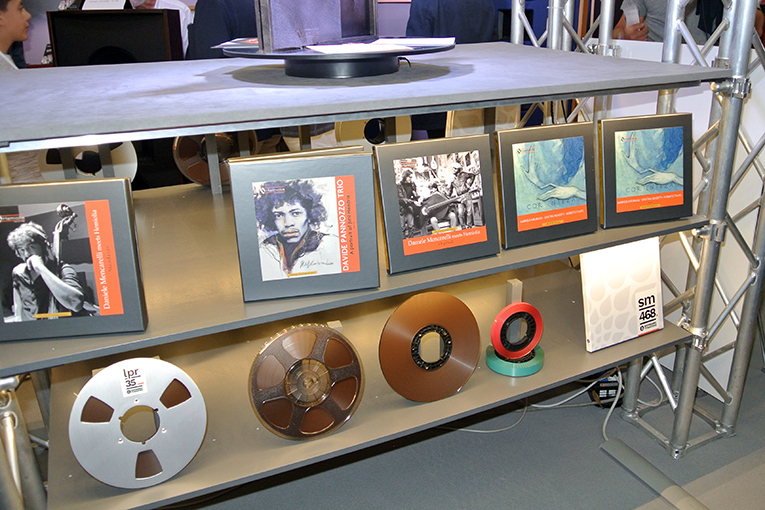 Without getting into a chicken-and-egg situation, the reborn pre-recorded tape industry required the presence of suitable hardware in the possession of clients able to purchase their tapes. Nobody to my knowledge ever threw out a Nagra or Studer or ReVox, and there has always been a healthy support sector for maintaining such machines, especially for the professionals who used them after digital came along, and there is a healthy market for used machines, on eBay and at audio jumble sales. 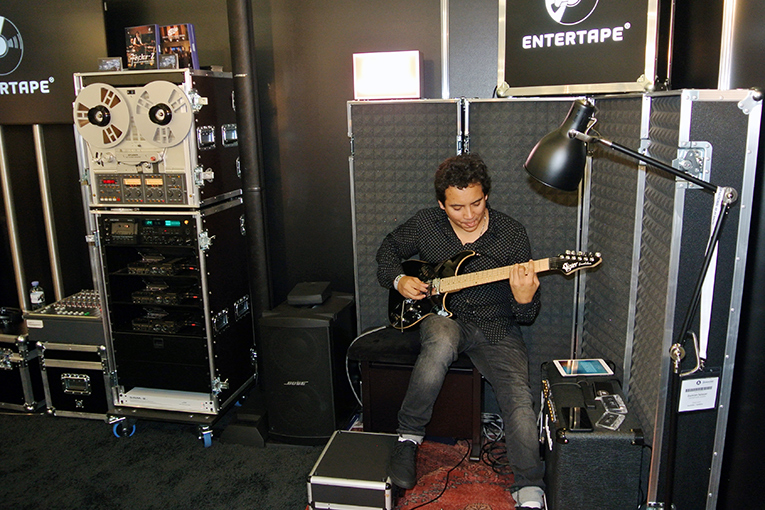 What every tape-head (see what I did there?) I know wanted to see, however, was the return of open-reel deck manufacturing, wishful thinking fired up by sightings of a funky prototype from ReVox. That hasn’t happened, but two companies have risen to the challenge: German maker Ballfinger (www.ballfinger.de) and Metaxas & Sins (www.metaxas.com). 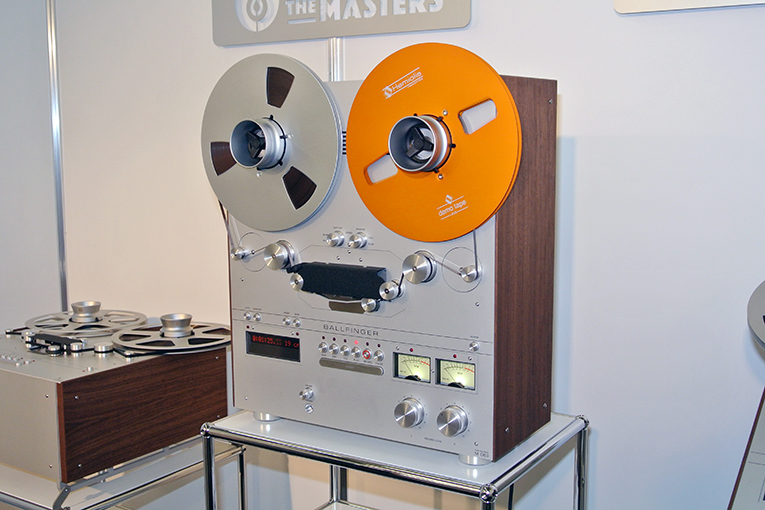 Ballfinger displayed not one but four versions of its base M 063, including a playback-only version that appealed to users like me: those with no intention of recording line performances, nor of simply copying off LP, CD, or broadcast. Their models are aimed as much at professionals as they are at audiophiles, and are totally customisable and configurable to specific needs.

Metaxas showed its wild-looking machine, based on the classic Stellavox portable. Aiding Kostas Metaxas in finalising this gorgeous device was Petronel of Audiophiles Clinic (www.audiophilesclinic.co.uk), a consultancy that has been servicing existing decks for British enthusiasts. Like the Ballfinger, the Metaxas is costly, but then . . . so are the tapes. 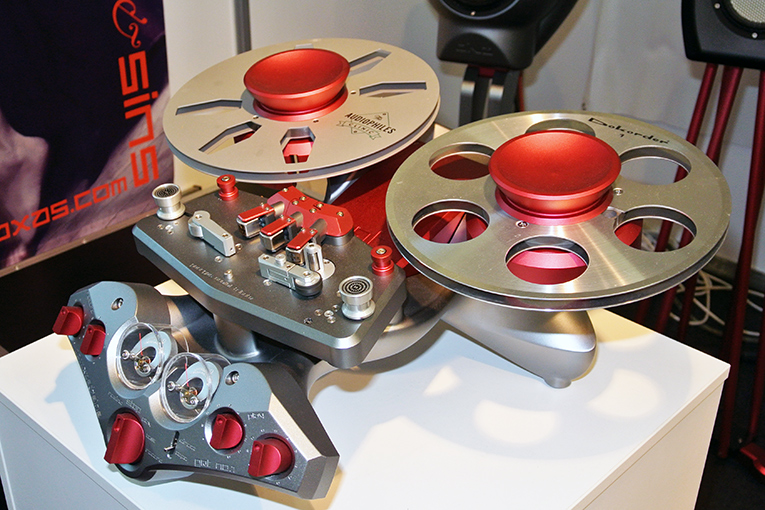 I look at it this way: if you’re gonna drink Masseto, you ain’t gonna pour it into a paper cup. And if you’re a peasant such as I, find a decent second-hand ReVox or Technics or Akai or Sony or whatever for under $1000 and look for pre-recorded tapes from the 1960s and 1970s in junk shops, charity shops, or online. Same bliss at 1/10th the cost.