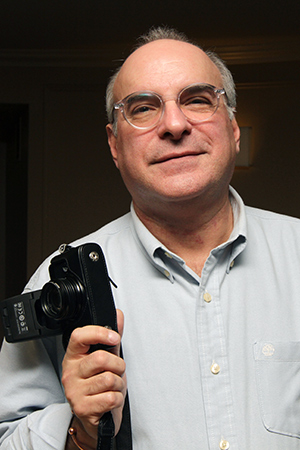 If you're new to hi-fi, you might not be aware that, from approximately 1985 to 2005, the world was awash with hi-fi shows. With the exception of the summer months, on any weekend you could find a show somewhere in the world. From September to October, there were so many that they overlapped, and you might have to choose between, say, a show in New York and one in Milan (if your travel budget allowed).

An editor once told me that in a given year, at a time when many countries had regional as well as national shows, he was away for 35 weekends. The UK alone had shows in London, Bristol, Brighton, Bolton, and Northern Ireland. It's hard to believe this now, when all but a few of the shows are so scandalously lame, poorly organized, and insufficiently supported as to be not worth attending.

They've gotten so bad that a semi-annual "jumble sale" in the UK, held by the estimable John Howes every February and October, attracts more people for six hours on two Sundays than the alleged London show does for a whole weekend. And yet the latter contains new products displayed by exhibitors who are either importers or manufacturers, in the manner of traditional shows, while John's consists of 150 or so tables filled with second-hand equipment for sale from private individuals. His is easily the more interesting of the two events.

I'm not in a "naming and shaming" mode here -- those who attend shows know which are worthwhile and which are farcical. I attended one in New York (Manhattan, for goodness' sake!) and managed to visit every room in 90 minutes. I've had lunches that lasted longer than that. Back in the day, when Stereophile organised it, you needed the whole weekend, and a pair of roller skates, just to drop in on every exhibitor in the Big Apple.

How has it come to pass that half the world's hi-fi shows are so utterly miserable and bereft of appeal? And given that there are far fewer than before, surely the quality should have gone up thanks to fewer demands on manufacturers' promotional resources? The problems are manifold, mirroring the crisis at retail level, but the greatest cause of the demise of hi-fi shows has to be the two-pronged assault of an aging market and lower overall interest in specialty audio.

Aside from TOP Audio in Milan, which manages to attract families and, yes, women, the bulk of visitors at nearly all the remaining shows seem to be old farts, almost entirely male, regarded (privately) with contempt by the exhibitors as "the usual suspects": brochure-collecting "tire kickers" who don't actually buy hi-fi but attend shows to whine and bitch about equipment they have no intention of acquiring. Sadly, they outnumber those in attendance who want to experience equipment they are actually considering for purchase. 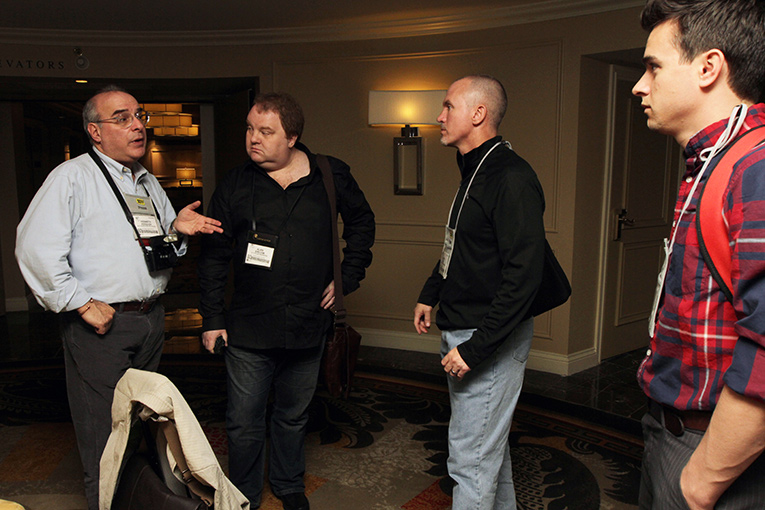 Which raises the question: why do hi-fi shows even exist? One must acknowledge that there are two separate audiences for shows: trade and public. For the trade, it's clear-cut. Dealers and distributors use shows as a handy way to see as much as possible in one go, either to get hands-on experience of new models from the brands they handle, or to seek out new lines. The other trade element is the press, which attends shows to gather news. For the manufacturers or distributors who exhibit, it's a no-brainer: maximum exposure in one fell swoop. So far, so obvious.

With something like CES, or the trade days at shows like Munich's High End, the value is real, the function crystal-clear. The trade is there to work, and the success of a show is dependent on the numbers in attendance and the amount of new product seen and (possibly) heard. But it's the last part -- heard -- that makes shows both challenging and fundamentally absurd, yet it's why they're supposed to hold promise for the other audience: the public. 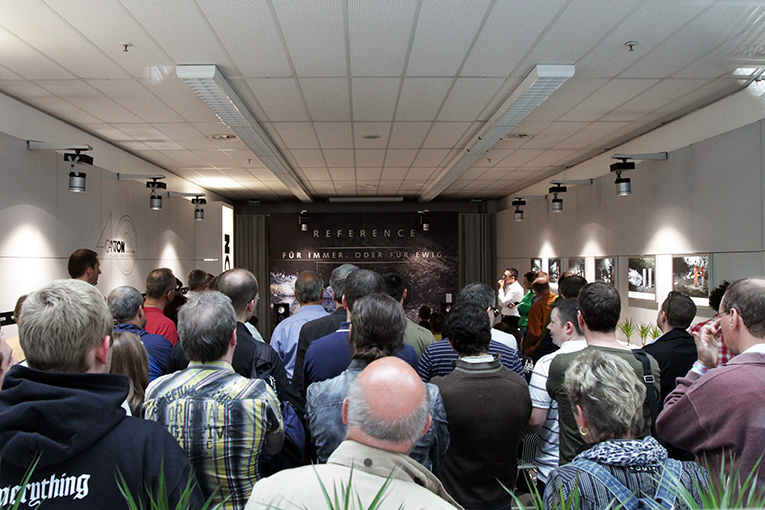 That aforementioned visitor who's actually in the market for high-end gear probably attended a show because there was no dealer in his town for Obscure Brand X or Hideously Expensive Brand Y. He wanted to see and hear the elusive product raved about in last month's issue of whatever. But the problem is inescapable, and it rankles me to this day, that few are willing to admit that actually listening to equipment at shows -- with the intention of forming a definitive opinion -- is futile.

In 30 years as a professional audio scribe, I estimate that I have attended only 200 shows -- not a lot compared to some of my colleagues who would attend the opening of an envelope. Of late, I've been choosier because it's expensive and I'm fussy about the shows I attend. I go solely to gather news. But that's not the point. Never have I left a show with a final opinion on a single component, beyond possibly recognizing its potential.

What is important is that nothing you hear at a hi-fi show has any absolute validity because 1) you don't "know" the room; 2) you don't "know" the system, because you're unlikely to own the new product being demoed, even if you do happen to own every part of the rest of the system; and 3) you are probably unfamiliar with the music unless they let you choose the material or play a CD you brought along.

I always despaired of "Best of Show" competitions based on sonic merit, when the judges were all susceptible to two of the three conditions I cited above. Sure, it can sound incredible, but how can you know what any individual component is contributing? Is what you heard in a 20' x 30' room with 15' ceilings likely to apply to your 15' x 20' room with 7' ceilings? Even though the exhibitors do their best to optimize the setup, it's still a case of strangers in a strange land.

Perhaps hi-fi shows have outlived their usefulness, but for many -- trade and public -- they're the only way to expose and be exposed to exotic hardware. I've received word of efforts underway to launch a new kind of show in the UK in the autumn that will be as exclusive as salons privées for cars or fashion or jewellery, those invitation-only affairs that keep out the riff-raff and allow in only "serious" clients who can actually afford the stuff.

Elitist? Perhaps, but if you've paid €10,000 to exhibit your wares, you'd like something to show for your investment. The brochure collectors and tire-kickers can stay at home, where they belong. They can always get their information free from chat rooms, where they can whine away without restraint, bitching about hardware they've never heard in their own systems.

At hi-fi shows, they might get a fist in the face.