This month, we publish my review of Focal’s new Sopra No2 loudspeaker, which costs $13,999 USD per pair and is one of the best-sounding speakers I’ve heard. Today, when many upmarket speakers cost tens or even hundreds of thousands of dollars, that speaks volumes for what Focal has achieved in the Sopra No2. If it’s possible for you to hear a pair, I urge you to do so. 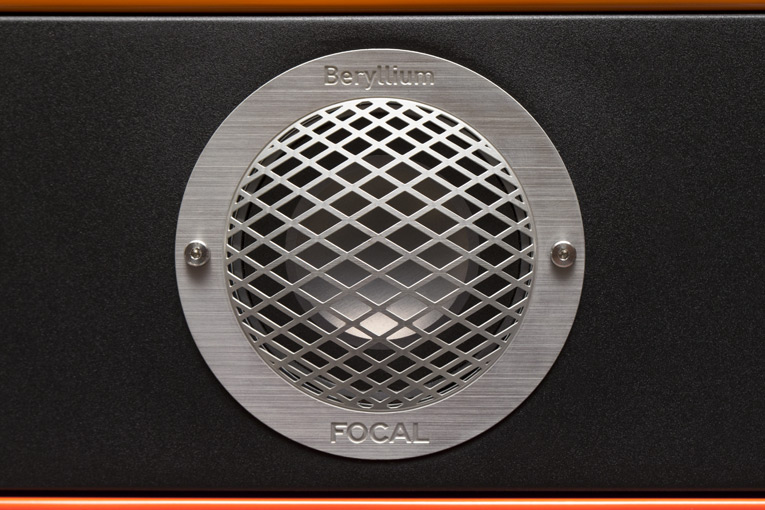 Yet as good as the Sopra No2 is for its price, that price is still far higher than most of us can afford to spend on speakers. So this month, I’d like to use this space to offer, to those who can’t afford to budget more than $10,000 for a pair of speakers, four world-class alternatives -- one stand-mounted and three floorstanding designs -- each of which costs much less. I’ve reviewed all four (see links below), and can say without hesitation that, if such aspects of sound as neutrality, transparency, and musicality are what are most important to you, you’ll be hard-pressed to do better for these prices.

Revel Performa3 F206 ($3500/pair, reviewed September 2014). The Performa3 F206 is a compact floorstander that doesn’t deliver much bass below 40Hz, and can’t play as loudly as the three other speakers I recommend here. But it costs the least, and outside those two limitations, it would be hard to criticize it in any other area even if its price were quite a bit higher. 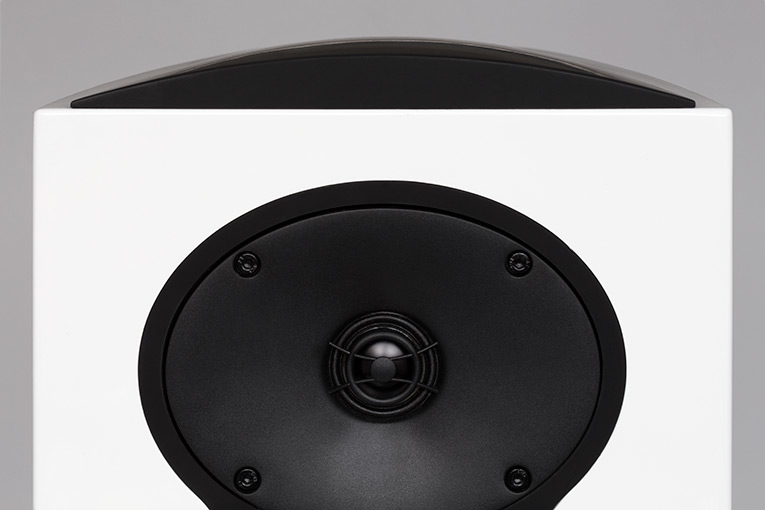 Across the audioband, the F206 is as neutral as you’ll find at any price, and what bass it does produce is tight and right. It also projects crystal-clear midrange frequencies and supersweet highs. Used in an appropriately sized listening space, the Performa3 F206 offers reference-caliber sound at a steal of a price. It also possesses topflight build quality and impeccable finishing -- my review pair’s Piano White lacquer not only looked striking, it was as flawless as the finish of the Focal Sopra No2. If I bought a pair, this is the finish I’d choose.

GoldenEar Technology Triton One ($4998.98/pair, reviewed April 2014). The Triton One isn’t a looker. Its huge cabinet of MDF is completely shrouded in a “sock” of black, stretchy cloth -- the opposite of the Revel Performa3 F206 in bright, pristine Piano White. Yet the Triton One’s ho-hum cosmetics were a deliberate choice on GoldenEar’s part -- that way, they could spend more on what actually contributes to a speaker’s sound quality: acoustic design, parts, and construction.

One result of this is that the Triton One offers far deeper, fuller bass than the Revel, or any other speaker I know of at or near its price. Its active bass section comprises a 1600W power amplifier that drives the three woofers on the front baffle, supported by two passive radiators on each side panel -- a total of four radiators per speaker. Together, these seven cones move so much air that, when I turned up the bass volume a little too loud, the Ones completely overloaded my large room. With the bass turned down to the appropriate level, the GoldenEars floored me with how low they could go. 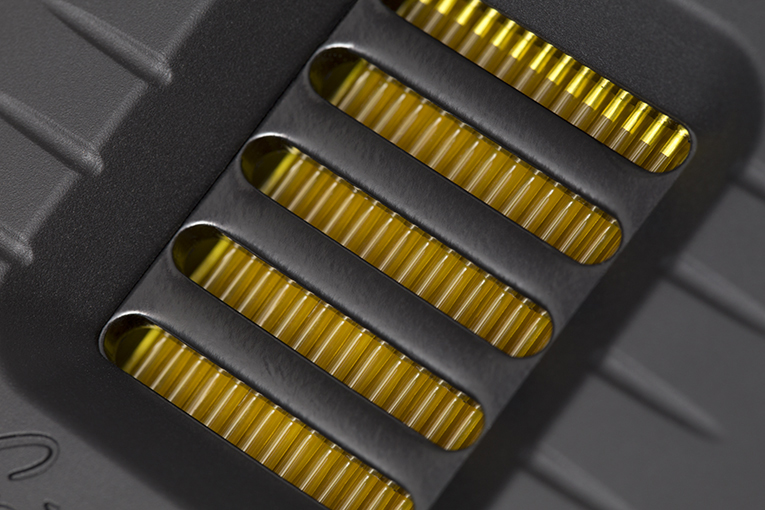 Big bass is not all the Triton One provides. I found its entire midband exceptionally smooth and clean, and its treble not only super-extended, but sweet and refined. The pair of them cast a soundstage in my large room that was wider and deeper than any speakers costing multiples of its price have conjured up in the same space. All this, combined with the Ones’ ultralow bass, resulted in a room-filling sound that’s rare at this price. If you want a speaker that can reproduce the entire audioband and don’t mind a no-frills look, GoldenEar’s Triton One is damn near impossible to beat for $4998.98/pair.

KEF Reference 1 ($7499.99/pair without stands, reviewed December 2014). For two reasons, KEF’s Reference 1 occupies a unique position on this list. First, it’s the only stand-mounted design. Second, compared to models costing much more, I can point out a flaw or two in each of the other speakers I recommend here: e.g., the Triton One’s budget dressings, the Performa3 F206’s restricted low end and overall output. I can’t do that with the Reference 1. When KEF’s designers created this model, they went all out in every area, cutting no corners in styling, build, or sound. As I said near the end of my review: “With the Reference 1, KEF has raised the bar for stand-mounted loudspeakers in several ways.” The name of this series is apt: Reference. 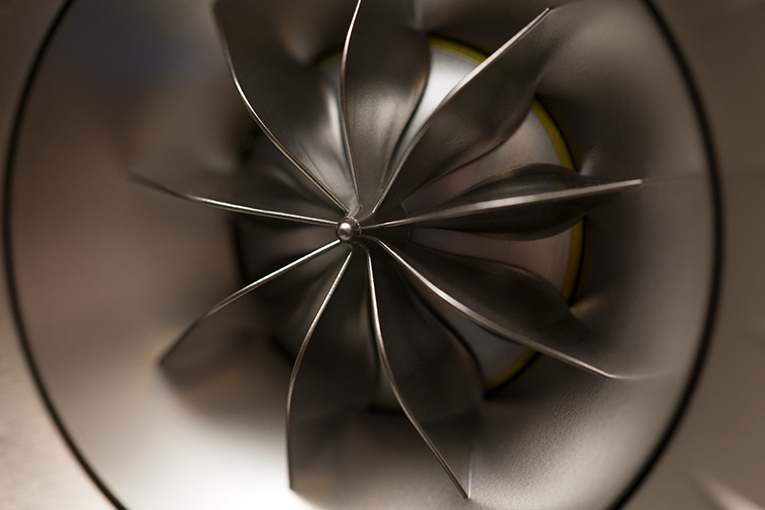 The Reference 1’s quality of sound will suit anyone who wants a ruthlessly accurate speaker that will reproduce recordings with complete transparency, at volume levels ranging from the very low to the extremely loud. This speaker will play far louder without strain than the Performa3 F206 or the Triton One, and in this regard is more or less the equal of PSB’s Imagine T3 (described below). The Reference 1’s bass, too, is impressive -- it doesn’t go quite as deep as the T3’s, and definitely not as deep as the One’s, but it’s far deeper and tighter than the bass of any other stand-mounted speaker I’ve heard. And its bass can be tuned with different port tubes (supplied). Combine all that with topflight build quality and a beautiful finish, and KEF’s Reference 1 is about as good as stand-mounted speakers get.

PSB Imagine T3 ($7498/pair, review to be published November 2015). My review of this model won’t be published until November 1, but this latest -- and, perhaps, greatest -- speaker from legendary Canadian designer Paul Barton deserves a place in this list. It costs about the same as the KEF Reference 1, but doesn’t need stands. 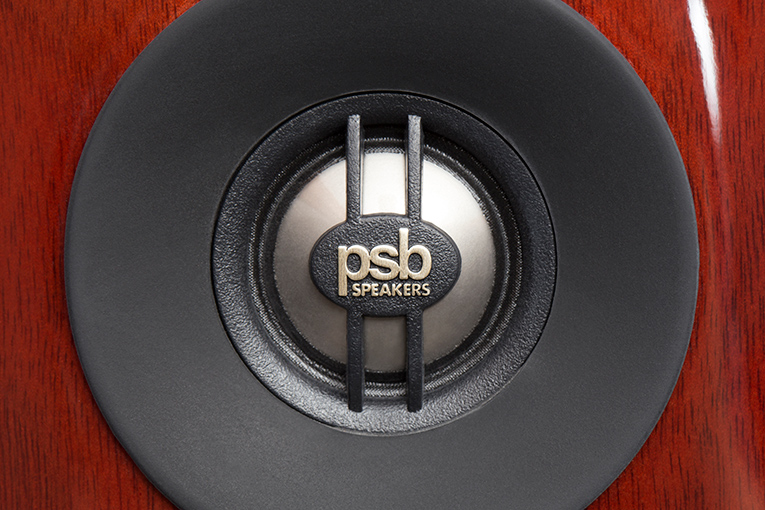 The Imagine T3’s five drivers are housed in the most attractively finished cabinet I’ve ever seen from PSB. But its looks aren’t all. With three 7” woofers, each operating in its own subenclosure, the T3 produces very deep bass. It doesn’t go quite as deep as the GoldenEar Triton One, but it goes deeper than the KEF Reference 1 or the Revel Performa3 F206, and its bass remains tightly controlled. The Imagine T3 reproduces the rest of the audioband accurately and clearly as well, and with a smoothness and ease I don’t recall hearing from PSB’s previous flagship model, the Synchrony One. The T3 is also a lot easier to drive than the Synchrony One, which greatly eases the job of finding an amplifier powerful enough to drive it -- you can even use tubes, which I don’t recommend for the Synchrony One. Check back in November to read my review -- the Imagine T3’s combination of sound quality, build quality, and appearance make it a benchmark for what you can expect in a floorstanding speaker for under $10,000/pair.

But . . . if you can afford to spend $13,999 on a pair of speakers, check out Focal’s Sopra No2, and the four speakers I wrote about in this article. Have even more to spend? Check out these five speakers anyway -- no two sound or look exactly alike, yet each is so good in its own ways that there’s a very good chance that one or more of them will have you wondering if you actually need to spend more. You must hear for yourself what these speakers can do.