It was in 1987, in Cambridge, England, that Mike Story founded Data Conversions Systems (dCS) as an engineering consulting firm doing work on the Blue Vixen radar system for the Royal Navy. In 1989, dCS launched itself on the waves of audio with the 900 analog-to-digital converter (ADC), followed in 1993 by the 950 digital-to-analog converter, which dCS claims was the world’s first 24-bit DAC. In 1995 came the 902 ADC and 952 DAC, which dCS says were the world’s first digital converters to use 24 bits and a sampling frequency of 96kHz.

dCS has consistently pushed forward the technology of digital conversion with products based on their Ring DAC technology. Mike Story began developing the Ring DAC when he founded dCS, to maximize linearity down to the lowest signal levels. Their newest and lowest-priced DAC, the Bartók, contains the Ring DAC and some of those other advanced technologies. The Bartók, named for Hungarian composer Béla Bartók (1881-1945), was reviewed by Hans Wetzel for SoundStage! Ultra.

The Bartók upsamples all incoming digital signals to DXD resolution -- i.e., PCM at 24/352.8 or 24/384 -- but it can also be told to upsample them to DSD. Ten user-selectable filter options are accessible through its onscreen display: six for DXD upsampling, four for DSD. And there are plentiful digital inputs, as Hans enumerated:

There are pairs of balanced (XLR) and single-ended (RCA) analog outputs whose voltage can be changed to 6, 2, 0.6, or 0.2V, again through the menu -- useful for matching the Bartók to a preamplifier or directly to a power amplifier. For control and playback, dCS provides Mosaic, an app they developed in-house for iOS and Android devices, and that Hans praised as being “arguably the best homegrown software I’ve used in the last couple years.” 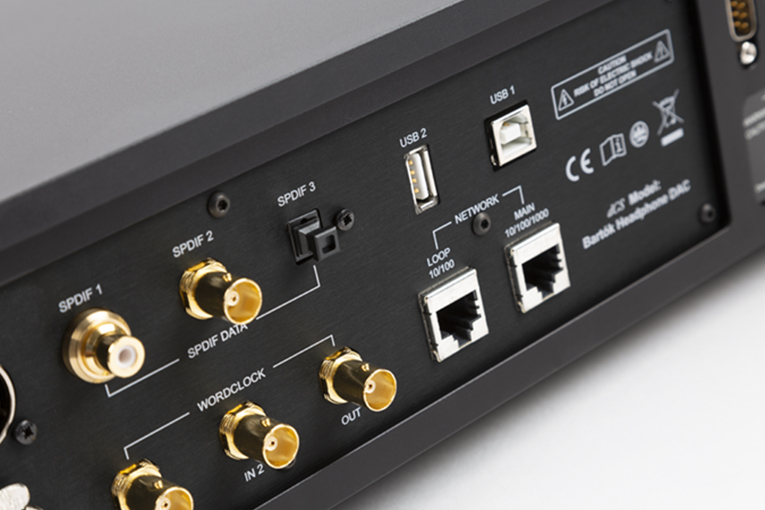 When Hans connected the Bartók to the balanced inputs of his Hegel Music Systems H590 integrated amplifier, one of the first things he noticed was that, in comparison to the DACs he’s familiar with, “Soundstages were suddenly wider, deeper, ‘blacker’” -- something that, after “playing some large-scale orchestral music,” he said he couldn’t “unhear.” And when he listened to a recording of Viktoria Mullova performing J.S. Bach’s Partita for Solo Violin No.1 in B Minor, BWV 1002 (16/44.1 FLAC, Decca/Tidal) through a pair of KEF LS50 minimonitors . . .

. . . Mullova and her fiddle appeared before me with terrific image specificity, their sound completely untethered from my KEFs’ little cabinets and completely resolved, with a sweetness I’d expect to hear only in a concert hall. I just sat back and let it all wash over me. I was most enraptured by the spatial component of that sound -- it was as if the front wall of my listening room had suddenly disappeared, and I could now see straight back into the recesses of the recording venue, with no veiling of which to speak.

Then, with a 24/192 rip of a vinyl single of Adele’s “Rolling in the Deep (Jamie XX Shuffle),” Hans “heard that subtle vinyl grain just above the noise floor, the velvety texture of Adele’s magnificent voice, and the snare drumstrokes dancing about the mix.” He also witnessed an “expansive re-creation of natural-sounding space” that he thought “sensational,” and that left his “LS50s apparently missing in action as reverb resounded well past the left-channel speaker’s outer side panel, and well behind its rear end of polished piano black.” 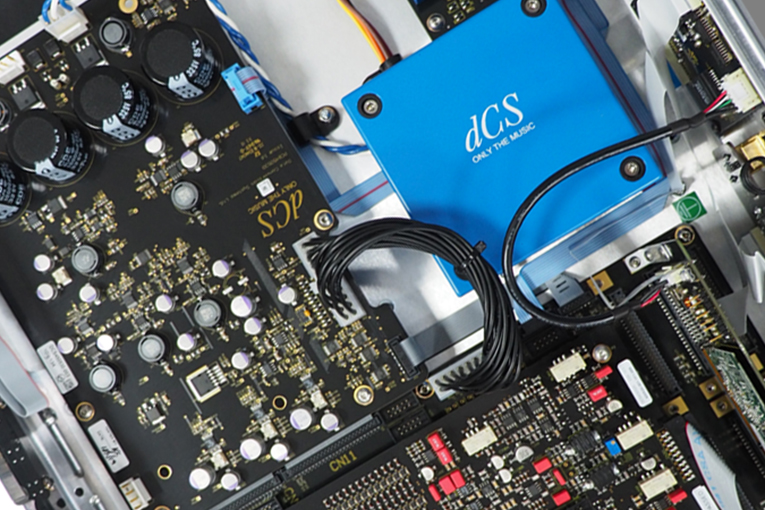 Hans traded one pair of KEFs for another -- the diminutive LS50s for the big, floorstanding Reference 3s -- and played a recording of Gershwin’s Rhapsody in Blue (Jazz Band Version) performed by the Chicago Symphony Orchestra conducted by James Levine (16/44.1 AIFF, Deutsche Grammophon):

I was hooked from the opening clarinet glissando -- it positively sailed through the Ref 3s -- and proceeded to mainline this 17:33-long work directly into my consciousness several times in succession. On that journey I heard minute details I’d never noticed before, including countless creaks of musicians’ chairs and stands, and plenty of valve and key action from the brasses and woodwinds. About 30 seconds in, there were the faintest of repeated, deep drumstrokes from left rear. I’d never heard them before.

Hans wrote that the sounds of other recordings he played told a “similar story” of the Bartók’s sound. From those experiences, he concluded that the Bartók doesn’t provide sound that’s “leaps and bounds better than more mainstream DACs,” but does provide “millimetric improvements in sound quality” that he felt “produced clear benefits that elevate the Bartók’s re-creation of music beyond the common and the ordinary.” 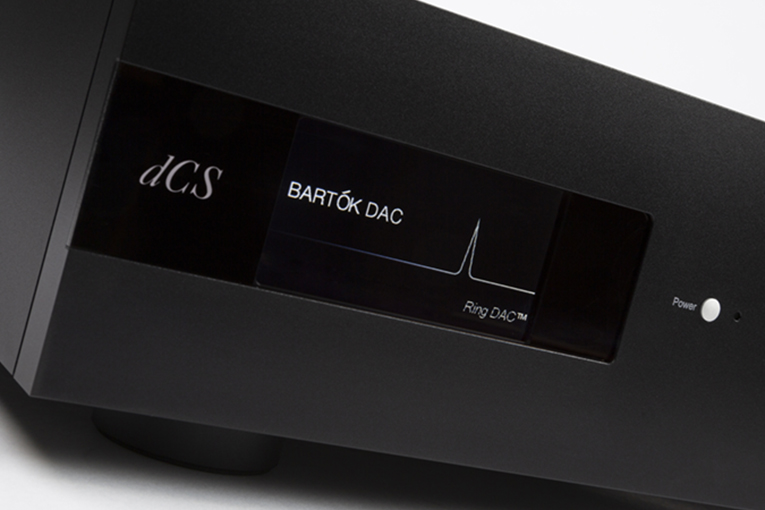 In his “Conclusion,” Hans conceded that while the Bartók is dCS’s lowest-priced DAC, $14,500 for a DAC that does not include a headphone amp and remote control “is costly . . . especially in an age in which high-quality DACs can be had for a fraction of that price.” He also said that it took him “less than 24 hours to appreciate why the Bartók costs what it does,” and listed its outstanding materials and build quality, great playback and control software, the tremendous flexibility of setup made possible by its many features, and sound quality that, in his system, was “spectacular.”