Some products that are recognized with a Recommended Reference Component award are expensive; for example, last month’s winner, the Gryphon Audio Designs Apex Stereo amplifier, is priced at $99,000 (all prices in USD). That product can be considered to be a reference component when cost is no object. But a lower-priced product can also receive this award if it is the best—or at least, among the best—for its price. The Sumiko Oyster Wellfleet moving-magnet cartridge, which Thom Moon reviewed for SoundStage! Access last month, is such a product.

Made in Japan and priced at $449, the Wellfleet is the latest addition to Sumiko’s lineup of Oyster cartridges. Thom described the manufacturer-supplied specifications as “pretty impressive.” The frequency response is quoted as 12Hz to 33kHz (though, he noted, no “± deviations” are given by the manufacturer), along with 30dB of channel separation and a 0.5dB channel-balance tolerance (both at 1kHz). But Thom cautioned that its “3.0mV output (no conditions quoted) is lowish,” so you must make sure your phono preamplifier provides sufficient gain for this cartridge. 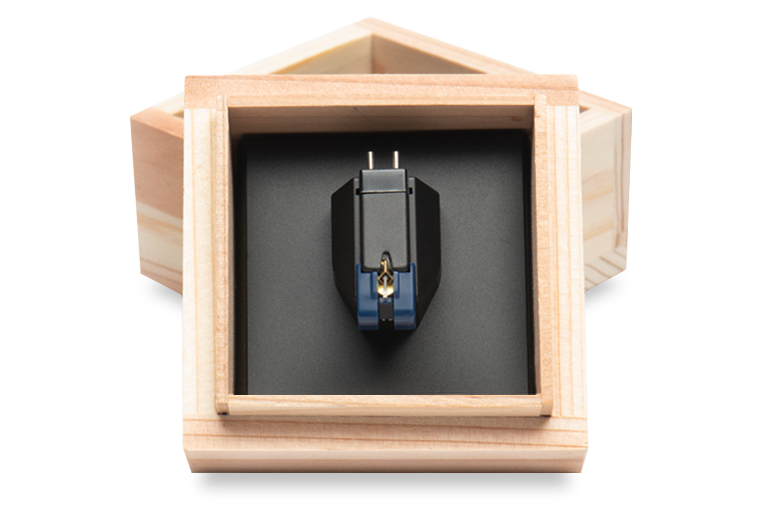 The Wellfleet weighs 6.5 grams; Thom wrote that the cartridge is “slightly on the heavy side, but it should match well with most turntable tonearms.” He mentioned that “two mounting bolts and a small Allen wrench with which to install them” are included in the box with the Wellfleet. Thom also pointed out that the cartridge is backed by a one-year warranty, “but only if you buy from an authorized Sumiko dealer,” which we consider fair.

For the review, Thom mounted the Wellfleet to the tonearm of a Dual CS 5000 turntable, with its output fed to an APT Holman phono preamplifier. Both are mainstay components in his system. Thom began his critical listening with Marshall Chapman’s Jaded Virgin (Epic JC 35341), which he noted was crowned “Record of the Year” by Stereo Review magazine in 1978. On Chapman’s version of Johnny Cash’s “I Walk the Line,” Thom described how he heard proper placement of the instruments on the soundstage, as well as an “insistent” bass line that could make his “chest vibrate” if played back “loud enough.” 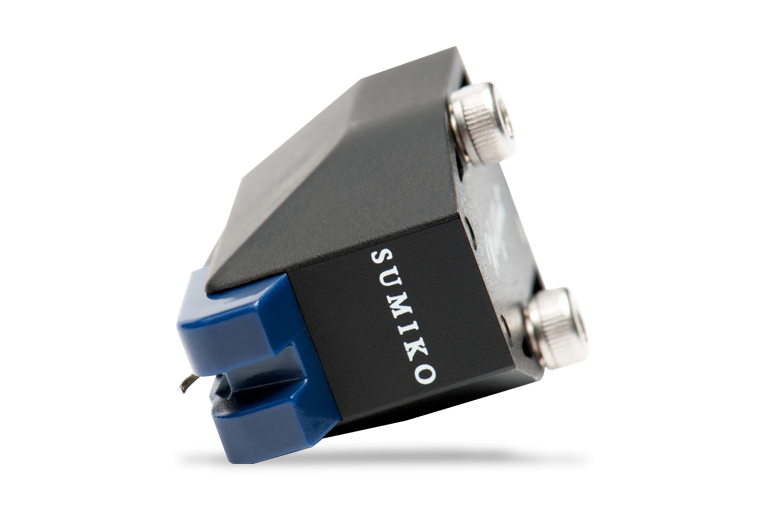 Thom then cued up “Get It On,” from Chase’s 1971 self-titled debut (Epic E 30472). Trumpeter Bill Chase’s early-1970s band featured “nine guys: four on trumpet, one on keyboards, one on guitar, one on bass, one percussionist, and a lead singer.” Thom was impressed by what he heard:

Over the Sumiko, the cut had a driving pace led by the four trumpets, which were often playing at the top of their register. The keyboard was on the right, along with the drums, while the bass and guitar were a bit to the left. These guys were playing hot and the song was so insistent, it made me want to move. The Wellfleet conveyed that energy beautifully. In addition, my copy of the album wasn’t treated too gently by its initial owner, but with a good cleaning, the Wellfleet seemed to ignore most of the surface noise. This was the best I’ve ever heard the song sound on my system.

On “Hurt So Bad,” from Linda Ronstadt’s tenth studio album, Mad Love (Asylum 5E-510), Thom again noted the accurate sonic image placements of the instruments on the soundstage. The “relative silence of the grooves” on this track confirmed what he had heard so far with the Wellfleet: “Something about its design makes it nearly immune to surface noise.” 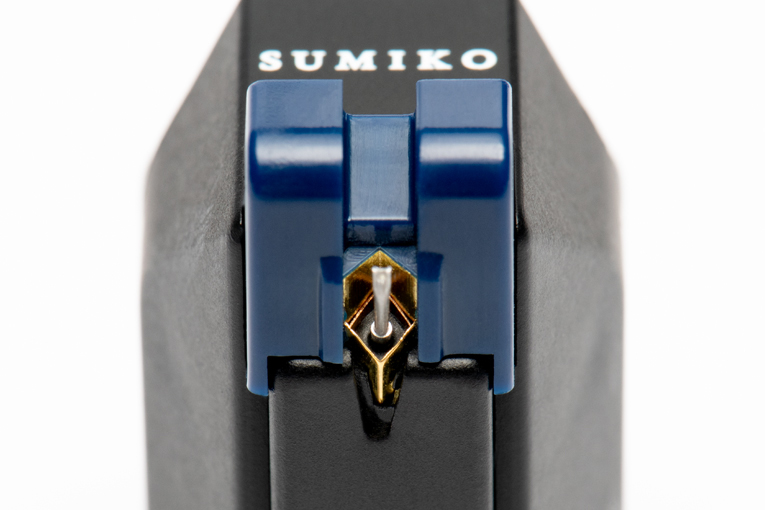 As a reviewer, Thom feels that “the best measure of a cartridge/turntable’s performance is how well it handles classical music.” For the Wellfleet, he chose “the Atlanta Symphony performing three works by Aaron Copland: Fanfare for the Common Man, Appalachian Spring, and Rodeo (Telarc DG-10078).” Thom listened most critically to Rodeo:

Over the Wellfleet, the orchestra completely filled the soundstage—and with substantial depth. I could precisely determine where the individual instruments were, but I was also able to let the entire glorious performance wash over me, enjoying the totality of the sound. One of the most noticeable aspects was the infamous Telarc drum, a bass drum that’s struck with great force to create a very loud “Boom!” It was all there over the Wellfleet, and it sounded fabulous.

Thom then played tracks from other albums—such as the Manhattan Transfer’s Vocalese (Atlantic 81266-1), his “180-gram, 45-rpm” pressing of Dire Straits’ Brothers in Arms (Mobile Fidelity MFSL 2-441), and “the R&B-ish” soundtrack album, The Blues Brothers (Atlantic SD16017)—which have the same themes of excellent soundstage image placements, a lack of surface noise, and the precise delivery of musical sounds. With all these challenges, Thom found nothing about the Wellfleet to criticize. 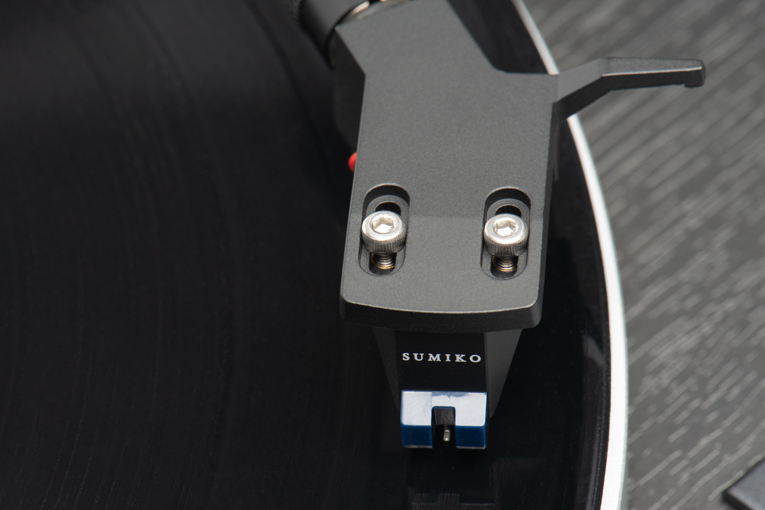 When concluding his review, Thom explained how, over the years, he’d used “at least 12 different cartridges” on his various turntables, including “four Shures, two Stantons, two Grados, one Empire, one ADC, one Ortofon, and the Sumiko Moonstone.” He added that he’d also been “exposed to several others from Audio-Technica, Grado, Nagaoka, and Ortofon.” Most of these cartridges were “at or near the top of their respective manufacturers’ lines,” but Thom felt that “the Wellfleet tops them all” and is “by all measures, the best-sounding cartridge” he’s had in his system.

It was Thom’s praise-heavy listening impressions, combined with the cartridge’s reasonable price, that earned Sumiko’s Wellfleet a Reviewers’ Choice award when the review was published—and are also what has earned it a Recommended Reference Component award this month.