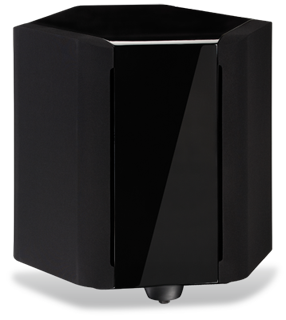 To reproduce deep, linear, high-output bass down to 20Hz or below, you need a very large loudspeaker or dedicated subwoofer designed specifically for that task. For most people, the extremely large full-range speakers that can reproduce those frequencies are simply not practical -- they’re too big for a normal room. Furthermore, relying on the main speakers to reproduce the entire bass range often compromises setup options -- the best speaker positions for bass response may not be the best positions for response above the bass region, and/or for stereo imaging. That’s why many people turn to a dedicated subwoofer to reproduce high-quality deep bass.

These days, there are plenty of subs to choose from, but only a few have truly advanced the state of the art. One of them is JL Audio’s Gotham g213, which we singled out in July as a Recommended Reference Component. Another is its main competitor, Paradigm’s Reference Signature Sub 2, which currently sells for $8999 USD in standard Black Ash and Cherry finishes, $9499 in high-gloss Piano Black. If the Sub 2 is too rich for your blood, Paradigm’s smaller Sub 1, which is of similar design, sells in the same finishes for $4499 and $4999, respectively.

The Sub 2 has six Paradigm-made 10" cones mounted on three sides of a hexagonal-shape cabinet built using what they call Vibration-Canceling Design Architecture (VCDA). Essentially, all six drivers operate in unison, and their opposed forces cancel out resonances inside the cabinet, resulting in an enclosure that’s free of vibrations -- all you hear is the output from the drivers.

Those six drivers are capable of moving a lot of air, as reflected in the heady specs published for the Sub 2. According to Paradigm, the Sub 2 is capable of in-room low-frequency extension to 7Hz (-3dB), and in-room outputs of 112dB at 10Hz and 126dB at 60Hz. That’s extremely deep and extraordinarily loud. The built-in, Paradigm-made amplifier runs off 120V and 240V power sources, obviously delivering the most power with 240V being fed to it -- Paradigm claims 4500W RMS and 9000W peaks. The Sub 2 also comes with Paradigm’s Perfect Bass Kit (PBK), which lets the user tailor the sub’s output for the smoothest in-room response and best blend with the main speakers.

Paradigm’s Sub 2 specifications indicate state-of-the-art subwoofer performance, yet its relatively small size -- 24.5"H x 23.75"W x 22.4"D -- makes room placement fairly easy. But at 230 pounds, the Sub 2 is heavy; count on a friend to help you move it around. 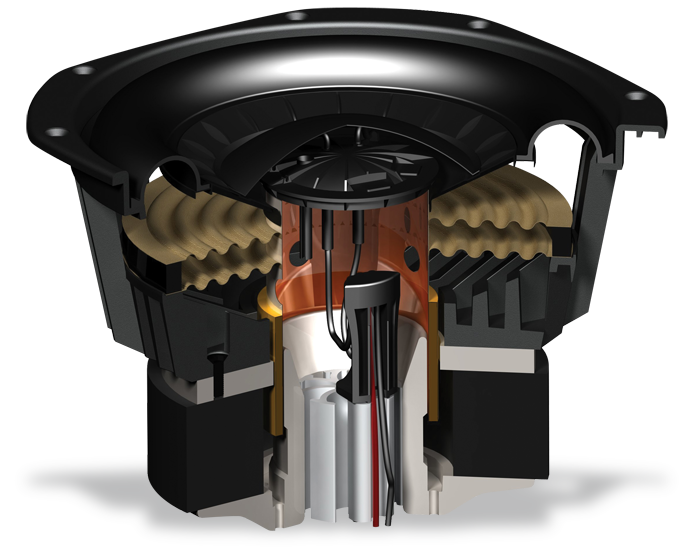 Specs aside, what matters is how the Sub 2 performs with music. When Jeff Fritz reviewed the Sub 2 in October 2009, he not only put its performance on a par with that of the JLA Gotham g213, he gave the nod to the Sub 2 for its substantially lower price. According to Jeff, "Paradigm has the engineering expertise and the research-and-development budget to take on such lofty goals as creating the most ambitious powered subwoofer, and with the Sub 2, they’ve catapulted themselves into the annals of subwoofer history. The Paradigm Reference Signature Sub 2 is a tremendously ambitious effort that redefines what should be expected of a powered subwoofer. I haven’t experienced another subwoofer that I think is as capable, and certainly not when considering the price." The Sub 2 received a Reviewers’ Choice award at the time of the review, and won the 2009 SoundStage! Network Product of the Year award in the category of Pioneering Design Achievement.

The Sub 2 became Paradigm’s best subwoofer the moment they released it, and quickly became known as one of the very best subwoofers money could buy. It’s still that way today. To the best of our knowledge, Paradigm has no intention of changing or replacing the Sub 2 -- a state-of-the-art subwoofer when released in 2009 that’s being recognized as a SoundStage! Hi-Fi Recommended Reference Component today.