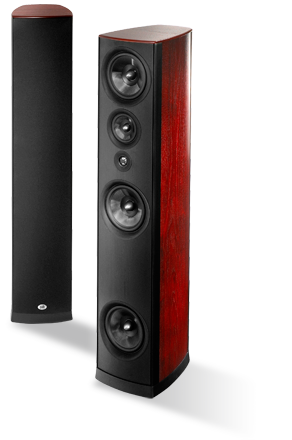 Most reference-caliber speakers cost so much that they’re unaffordable for even the most fervent audiophile (if not the wealthiest). But one designer has worked for decades to make reference-grade speakers priced within the means of the common man or woman. His name is Paul Barton, and the company he founded, PSB Speakers, is synonymous in the audio world with providing high performance at an affordable price.

One of the shining examples of this approach is the PSB Synchrony One loudspeaker, which Doug Schneider reviewed in August 2008. The Synchrony One received Reviewers’ Choice recognition when it was reviewed, and a 2008 Product of the Year award for Innovation in Design. Although the model is now over three years old, it’s still at the top of PSB’s line, and we believe not only that it’s every bit as good today as it was in August 2008, but that it’s comparable to reference-grade speakers costing many times more, and in some areas outclasses them. The Synchrony One’s current retail price is $5500 USD per pair.

A number of features are unique to the Synchrony One, but most noteworthy is the configuration of its bass section. The three bass drivers, spaced along the full height of the front baffle, work in parallel, and each occupies its own rear-ported subenclosure. These are crossed over to the single 4" midrange driver at 500Hz, which passes off to a 1" aluminum-dome tweeter at about 2kHz. The bass drivers’ combined output yields strong response to below 30Hz, which we verified by testing the speaker in the anechoic chamber at Canada’s National Research Council (NRC) -- the One is a nearly full-range design. That’s even more impressive when you consider that it measures just 43"H x 9"W x 13"D -- the One was designed not only for performance, but also to be of only moderate size, and styled to complement the décor of most rooms. What’s more, Barton designed a 12dB notch into each woofer’s response at certain frequencies to combat what’s commonly called the floor-bounce effect, which can obscure detail in the lower midrange. Some might believe the One to be a three-way design, but given the differing responses of all the speaker’s drivers, the One can actually be considered closer to a five-way.

The Synchrony One’s sonic performance is first-rate. Doug Schneider found it to be among the most neutral speakers he’s ever reviewed, and with midrange performance second to none: The One’s midrange "sets a new standard for tonal accuracy, clarity, and detail." When he wrote that, Doug wasn’t just talking about speakers at or near the One’s price -- he meant at any price. 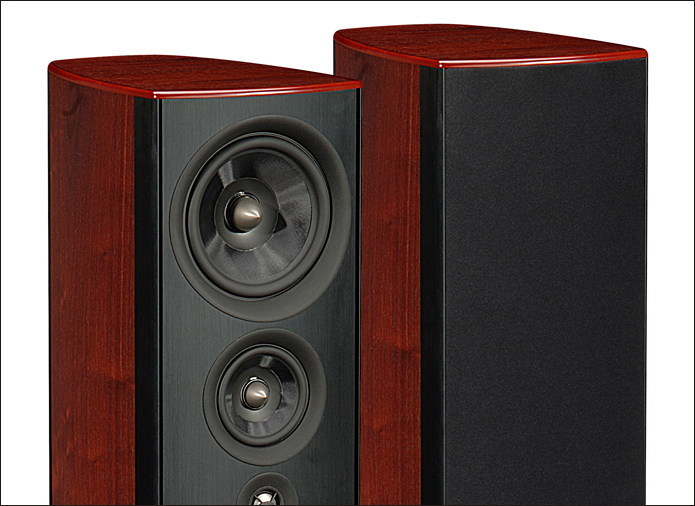 The One could also play shockingly loud in Doug’s room without strain (provided the amplifier was up to the task), which probably has to do with the remarkably low level of distortion that we measured at the NRC -- lower than any speaker at any price that we’d measured up till then.

Although, even today, the One can compete quite handily with many of the highest-priced speakers on the market, Doug remarked on two small areas of concern in his review. First was the One’s treble -- very refined sounding, but not quite as smooth as those of the very best speakers we’ve reviewed, almost all of which cost many times the One’s price. The other thing was the One’s fairly low impedance: 4 ohms nominal, 3 ohms minimum. This isn’t a fault; it just means that the One requires a well-designed, high-current amplifier that’s stable into low impedances. On the plus side, the One’s voltage sensitivity is reasonably high: 87.5dB/2.83V/m. Prospective buyers should purchase a stout, solid-state stereo amp that can deliver at least 100Wpc into 8 ohms and remain stable into 4 and 2 ohms.

PSB's reputation for high performance at affordable prices is upheld by the Synchrony One. In fact, the One might be the best loudspeaker Paul Barton has ever made and the best example of his design philosophy so far. It’s also the least-expensive loudspeaker to ever be included in our list of Recommended Reference Components. But it’s important to realize that the Synchrony One isn’t being recognized as an RRC for the performance it offers at the price; rather, it’s a reference-caliber speaker that competes with top-class speakers at any price, but that happens to sell at a very low one -- which makes this outstanding loudspeaker even more so.