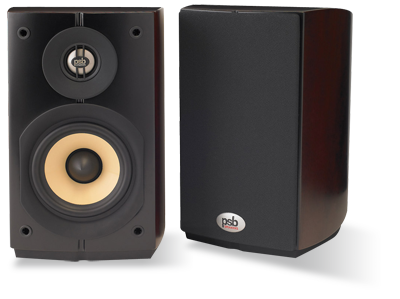 PSB’s two-way Imagine Mini is a pint-size, low-priced powerhouse of a loudspeaker. It was designed by Paul Barton, who is often called the grandfather of the Canadian speaker industry, and whom many consider to be among the top handful of speaker designers in the world.

The Mini measures only 9.25"H x 5.75"W x 8.4"D and weighs just 6.5 pounds, which means not only that it’s smaller than most two-ways, but that it has limitations directly related to its size. One of those limitations is bass extension, which is dictated primarily by its small woofer -- only 4" in diameter -- and tiny cabinet. The Mini’s bass falls off rapidly below 80Hz, and is down 10dB by 60Hz; it won’t play deep. But for those who have small rooms and can forgo deep bass, the lack of low-frequency energy might not be an issue -- this speaker just might sound "full enough." The same can be said for those who use the Mini as a desktop speaker, a role to which it’s ideally suited and where deep bass isn’t a priority. But those who want fuller-range sound will definitely have to partner it with a subwoofer -- or buy bigger speakers.

The other limitation has to do with output capability. That the Mini will play surprisingly loud for its size, and will work well in most rooms of small to medium size, was confirmed by its commendable performance in the high-SPL distortion tests we conducted in the anechoic chamber of Canada’s National Research Council (NRC). Still, the Mini won’t play as loud as a floorstander, or as loud as many larger bookshelf speakers, including PSB’s own designs. 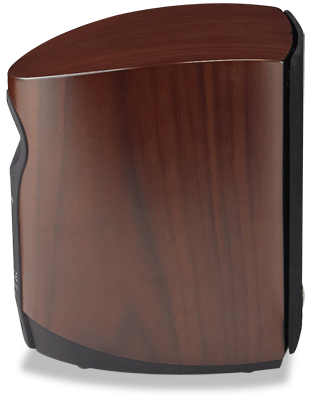 Those constraints aside, the Mini offers startlingly refined, true high-end performance and appearance at an extremely reasonable price: $760 USD per pair in standard finishes, or $830/pair in a premium finish. At either price, the cabinetwork of the Mini’s curved sidewalls is superb. The speaker’s overall performance is just as noteworthy -- according to Roger Kanno in his February 2012 review, "The Minis reproduced voices with an amazing sense of ease and naturalness. The Spartan arrangements on Peter Gabriel’s Scratch My Back (24/48 FLAC, Society of Sound) highlight his world-weary voice. In his cover of Paul Simon and Forere Motloheloa’s ‘Boy in the Bubble,’ Gabriel’s carefully measured singing of Simon’s lyrics was hypnotizing as the words emerged from an intensely dark background. The Imagine Mini reproduced just enough of the piano’s lower registers in Gabriel’s version of Lou Reed’s ‘The Power of the Heart’ to make it a convincing and satisfying experience. John Metcalfe’s massed strings in his arrangement of Stephin Merritt’s ‘The Book of Love’ were simply gorgeous. The absolute lack of grunge in the midrange rendered Gabriel’s strained voice with a tenderness that was somber yet uplifting. I don’t often say this about an audio component, but listening to music through the Imagine Mini was often an intensely emotional experience."

Roger’s comments about the Mini’s natural sound were corroborated by our measurements, which show superb linearity from the upper bass through to the highs, and exceptionally well-controlled dispersion. The midband is particularly smooth, indicating a lack of resonances in that region, and that special attention was paid to maximizing neutrality.

Roger’s high praise of the Imagine Mini resulted in it winning a Reviewers’ Choice award, but his admiration for the speaker didn’t stop there -- ever since, he’s used the Mini as his reference in preparing reviews of speakers of similar size and/or price, and sometimes even for reviews of much larger, more expensive models. In his August 2012 review of Definitive Technology’s BP-8080ST, a very large floorstander costing $2998/pair, Roger said this: "The BP-8080ST was indeed very neutral and smooth in the midrange and highs, but didn’t have the sweet, sparkling quality of the PSB Imagine Mini ($760/pair), which sets the standard for speakers in its price range. Not many speakers at anywhere near its price can match the Imagine Mini’s silky-smooth midrange and sparkling highs, but the BP-8080ST came close -- and its ability to play much louder and deeper made it a far more satisfying speaker to listen to with most music."

PSB’s Imagine Mini is so far the least costly loudspeaker to be included in our list of Recommended Reference Components -- but it’s also the speaker in that list that has the most limitations. It’s certainly not for everyone, or every room or system; for some, its low price might be a moot point. But for those who want a small speaker for a smaller room or a desktop, where its tiny, beautifully finished cabinet will be a welcome sight, the Imagine Mini is hard to beat. We believe it to be one of the very best micro speakers on the market today, and worthy of being named a Recommended Reference Component.