The original Ayre Acoustics KX-R preamplifier was reviewed by Pete Roth for SoundStage! Ultra in December 2010, and was named a Recommended Reference Component here in March 2011. Pete ended up buying the review sample. Last month, in Ultra, Jeff Fritz reviewed the KX-R’s successor, the KX-R Twenty, which this month is added to the same list. Jeff, like Pete, owned a KX-R, and said of it in his review, “It might be the single best stereo component I’ve ever owned.”

The KX-R and KX-R Twenty look almost identical -- the only differences are on the latter’s front panel: the gold “Twenty” badge on the right, and, on the left, a slightly altered Ayre logo. Inside, however, the parts and the circuits differ as substantially as the models’ prices: $18,500 USD for the KX-R vs. $27,500 for the KX-R Twenty. Designing the Twenty was spurred by a rapid increase in the prices of the resistors that are critical to the KX-R’s design -- designer Charles Hansen felt that, if the price had to be increased anyway, it would be prudent to also reexamine and improve all of the KX-R’s circuitry. As Hansen told Jeff, the KX-R Twenty “literally is a new design in the same chassis.” 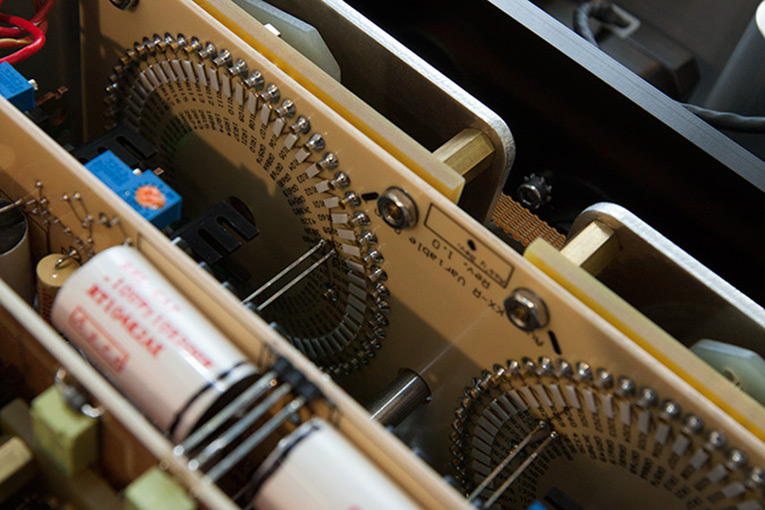 The new parts and the changes in the circuit have indeed altered the sound, and for the better. From Jeff’s review: “When I began listening critically, after having broken in the KX-R Twenty for a number of weeks, it wasn’t long before I heard improvements. For me, it all began with voices. I first listened to some old standbys, such as Margo Timmins’s haunting vocal in the Cowboy Junkies’ The Trinity Session (16-bit/44.1kHz AIFF, RCA 88568). Although my intention had been to try only a track or two, the sound was so darn mesmerizing that I listened to the entire album. If you define smoothness as a combination of grainlessness and utter neutrality of tone, then the KX-R Twenty was basically perfect. It was easy to hear deep into Timmins’s voice, but there was no electronic sizzle accompanying the detailed yet nonaggressive sound. If you listen to this preamp side by side with your own, you may be surprised at how much electronic noise your system has been producing.

“Listening to these vocals revealed other things. For starters, there was the absolutely free-flowing nature of Timmins’s voice. Beginning with ‘Mining for Gold,’ the track that most everyone who listens to this album uses as a reference: The sound was absolutely spooky -- music poured from my system so liquidly that it made the sound of the original KX-R seem downright shackled by comparison. Timmins’s voice hung tangibly in space, so clearly delineated that it sounded as if the system was being fed a live microphone feed. What really impressed me was that the sound was in no way forced -- the voice just appeared, in palpable yet easygoing fashion. I’ve heard listeners ascribe this type of sound to components whose circuits use no overall negative feedback. In fact, this characteristic seems to be a trademark of the house sound that has made Ayre gear so popular among audiophiles. Now, this sense of flow was enhanced. The cohesive, liquid sound I was hearing with the KX-R Twenty at the helm added to my enjoyment because it was so un-hi-fi; again, the strengths that had made the original KX-R so good were even stronger in the Twenty. It was the least fatiguing sound I’ve heard from my system.

“The KX-R Twenty’s liquid, utterly smooth sound in no way obscured the fine details that captivate listeners and can greatly add to that ability to, for a moment, suspend the disbelief that you’re hearing live musicians performing in your room. The crystalline clarity that I heard listening to an old standby -- pipe-organist Mary Preston’s Crown Imperial, with Jerry Junkin and the Dallas Wind Symphony (24/176.4 WAV, Reference HRx-112) -- was awe-inspiring. The decay of the notes from the percussion was subtle but tangibly present, and made the recording sound spacious without any artifice. The organ was powerful down low, and instruments were kept more distinct and recognizable than I’d ever heard through my system.” 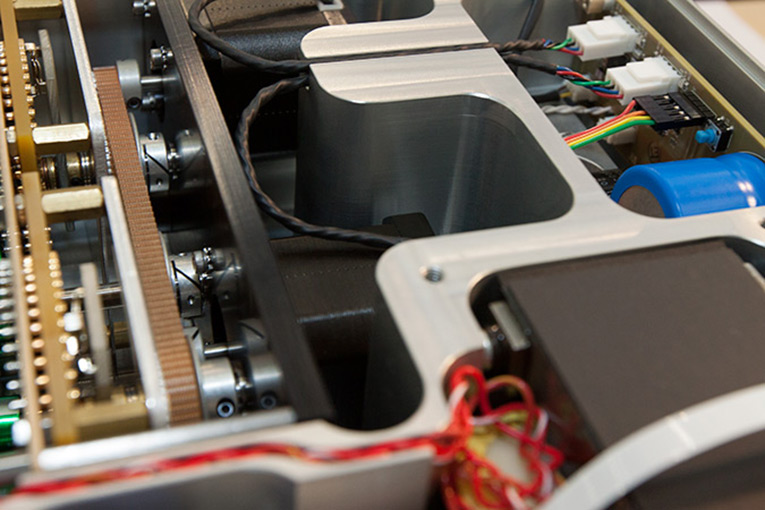 That Jeff never heard any downside to the KX-R Twenty’s sound compared to the original KX-R is a testament to Charles Hansen’s wise design choices, and helps to justify the $9000 increase in price. The Twenty’s performance led Jeff to upgrade his KX-R to a KX-R Twenty -- Pete Roth has done the same -- and to state this in the “Conclusion” of his review: “It stands to reason that if Ayre Acoustics’ original KX-R was the best preamp I’d ever had in my system, and the KX-R Twenty is even better, then the KX-R Twenty is the new ‘best preamp I’ve ever heard.’”