Luxman’s C-900u preamplifier ($19,900 USD) is something of a paradox. Although its Bass, Treble, and Loudness controls and its beveled-glass display make it look like a throwback to the 1960s and ’70s, according to Doug Schneider’s review of the C-900u in November, its build quality competes handily with that of the very best preamplifiers made today -- as does its sound, which Doug described as “beyond reproach, even when compared with a topflight preamplifier with minimal controls.”

The first thing that struck Doug about the C-900u was how quiet it was when it wasn’t playing music -- quieter than any other preamp he’s had in his system. But when he began playing music, he was taken aback: “The C-900u displayed the best combination of smoothness, neutrality, detail, transparency, and spaciousness that I’ve heard from any preamplifier, tubed or solid-state. Every recording I played through it sounded special in some way, and different from anything I’d heard before -- I was always discovering something new.”

He was also enthralled by the C-900u’s topflight performance across the audioband, and took particular note of the highs: “I applauded the C-900u’s ultradeep, tight, visceral bass, but was bowled over by how extended, effortless, and airy its highs were -- light as feathers.” 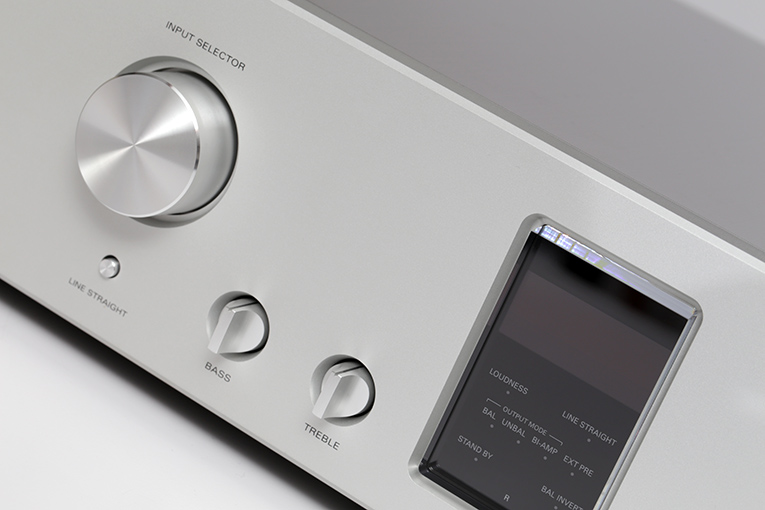 Doug also pointed out that the C-900u combined “state-of-the-art neutrality, detail, and transparency” with what he called soul -- “a tangibility that helped convey the feeling and emotion in whatever music I was playing. . . . The C-900u had soul in spades. The other day, as part of a CD-ripping experiment I’ve written about for SoundStage! Global, I listened to Adam Cohen’s ‘Song of Me and You’ umpteen-dozen times. Adam is Leonard Cohen’s son, and the song is from his latest release, We Go Home (16[-bit]/44.1[kHz] FLAC, Resolute Music). When I played it through the C-900u, I was so smitten by the weight, presence, and authenticity of Cohen’s voice and guitar that, time after time, I forgot to critically listen -- I was absolutely drawn into his and his band’s performance. Ditto for Adam’s father’s latest album, Popular Problems (24/96 WAV, Columbia), a recording that’s a poster child for immediacy and presence -- [Leonard] Cohen’s deep, coarse, 80-year-old voice is miked ultraclose, which has long been the norm for his recordings, and with more than the usual amount of reverb added. All tracks are keepers, but right now my favorite is ‘Almost Like the Blues’ -- the words are dark, as on Cohen’s The Future, but with a hint of Latin-pop rhythm in the percussion. In my system, Leonard Cohen’s voice was solidly planted center stage, tangible and weighty, and wonderfully contrasted with the angelic women’s voices spread around him -- when the women joined in, the C-900u’s feather-light highs were showcased in stark relief. What at amazing sound!”

The C-900u’s tone controls can be used to adjust the bass at around 100Hz and the treble at around 10kHz, each by +/-10dB, which can be useful to fine-tune the C-900u’s sound to better match room acoustics, associated equipment, or even recordings. Some will assuredly find these controls useful, but for those who don’t, the tone-control circuitry can be completely bypassed by pressing the Line Straight button on the front panel or remote control. The C-900u has plenty of other features: the Loudness control (to boost certain frequencies for better audibility at very low listening levels), six pairs of line-level inputs (three each, balanced and singled-ended), four pairs of line-level outputs (two each, balanced and single-ended), polarity switching for the balanced outputs (in case the associated power amp has reversed polarity), a balance control, etc. The C-900u has something for almost everyone. 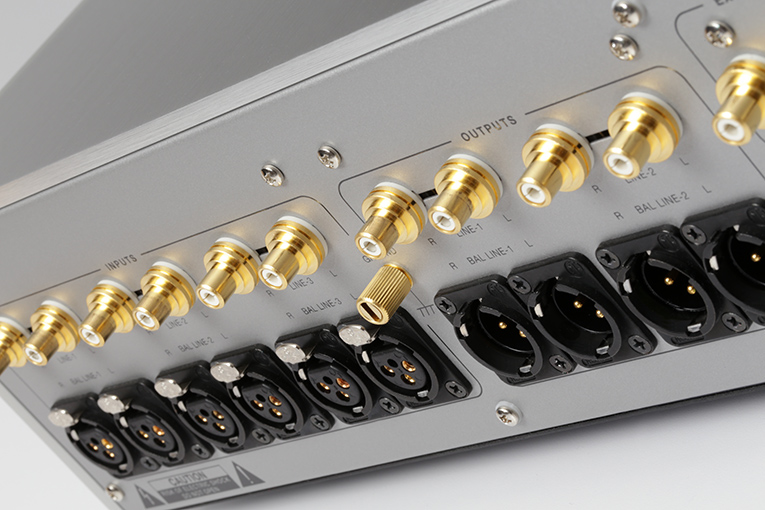 Doug described the C-900u’s sound as “faultless,” but that word describes everything about it -- it’s a remarkably well-thought-out product, something likely attributable to Luxman’s long history in audio, which dates back to 1925. It’s rare to find a preamplifier so well designed and executed in every area: build quality, styling, features, sound.

In the final sentence of his review, Doug emphasized Luxman’s achievement with the C-900u: “In my estimation, it’s a preamp for the ages -- and perhaps in a decade or two, it will have proven to be another classic from Luxman that will still be outperforming whatever’s new in 2024 or 2034.” Which is why we’re pleased to add the Luxman C-900u preamplifier to our list of Recommended Reference Components.