At $7950 USD, Ayre Acoustics’ KX-5 preamplifier costs less than one-third the price of the company’s flagship preamplifier, the KX-R Twenty ($27,500), which was added to our list of Recommended Reference Components last July. But despite its substantially lower price, the KX-5 is exceptionally well built -- it measures 17.25”W x 3.75”H x 13.25”D, weighs 23 pounds, and features beautiful casework constructed with meticulously finished aluminum plates -- and is a topflight performer. In Aron Garrecht’s review of the KX-5 in January, he said, “I found nothing to dislike in the KX-5 -- it performed flawlessly, exhibited outstanding sound quality, and proved to be the quietest preamplifier I have ever heard in my system.”

Like the KX-R Twenty, the KX-5 is a fully balanced, no-feedback design that features Ayre’s Variable Gain Transimpedance (VGT) circuitry. Unlike in traditional preamps, in which the volume control attenuates the output, Ayre’s volume control (the KX-5’s has 46 steps) varies the gain. Other technologies included in the KX-5 include Ayre’s Diamond output stage, EquiLock circuitry, and Ayre Conditioner RFI filter. A total of six pairs of inputs are provided, four balanced and two single-ended.

Of all the KX-5’s sonic traits that Aron described, it was its inherent quietness that most impressed him: “The Ayre’s inky-black background let details emerge with newfound clarity -- such as the falling raindrops in the first 30 seconds of ‘Riders on the Storm,’ from The Best of the Doors (CD, Elektra WTVD 62568). Through other preamplifiers, including my own Classé CP-800, the rain can sound a bit blurred, lacking any sense of individual drops. But with the KX-5 I could now hear raindrops hitting the ground one by one -- there seemed to be more space between them, and the space into which they fell sounded larger, more three-dimensional.”

Yet Aron was also quick to point out that the KX-5 isn’t only about being quiet and composed: “[I]t also liked to get down and boogie with the best. While listening to ‘Man in the Long Black Coat,’ from Bob Dylan’s Oh Mercy (CD, Columbia CK 45281), I was treated to an acoustically dynamic sound replete with a deep, rhythmic, tactile bass line, firm plucks of guitar strings that then subtly decayed, and a palpable voice placed center stage. Dylan’s briefly appearing harmonica floated in the air with a vivid, organic, and grander character than I’m used to hearing. There was also a subtle resonance to his harmonica that helped limn the boundaries of the recording space, providing me with a new benchmark with which to measure transparency in future reviews. Experiencing these unexpected nuances evoked in me a sense of intrigue that had me hitting Next rather than Stop with pretty much every album I played. And as I did, I quickly realized that what I’d heard so far weren’t the only surprises the KX-5 had in store for me.

“Regardless of the type of music I played -- and, for the most part, the quality of the recording -- the Ayre KX-5 seemed hell bent on letting the speakers dissolve into thin air, leaving nothing but a precisely illustrated image of whatever I’d decided to play. Moving from ‘Ora,’ from Ludovico Einaudi’s Una Mattina (CD, Decca Music 475629-2), to an electronic remix of La Roux’s ‘In for the Kill’ (16-bit/44.1kHz FLAC), couldn’t have driven this observation home harder. ‘Ora’ is a piano solo that draws me in with Einaudi’s undulating tempo and dynamic keystrokes. Two things can keep this track from sounding mundane: proper definition of the leading edges of the keystrokes, and accurate reproduction of the full depth of each note. With the KX-5 in the loop, Einaudi’s keystrokes were consistently presented with the requisite level of note saturation and tonal color. Moreover, each note had a fast initial transient attack followed by a supple decay; together, they let each note float in a very specific space in air. This image specificity helped keep scale in check, something often exaggerated by lesser electronics -- the sound was more that of an instrument than notes merely floating in space.” 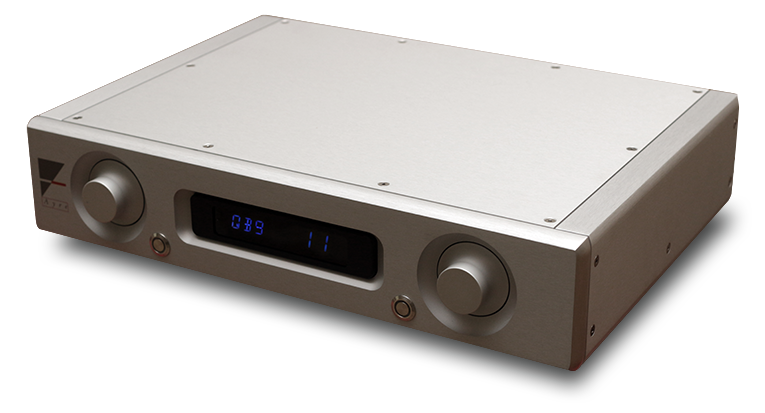 A few days after the publication of Aron’s review on January 1, Ayre announced, at the 2015 Consumer Electronics Show, the launch of the KX-5’s replacement model, the KX-5 Twenty, which has just started shipping to dealers. Externally and functionally, the KX-5 Twenty is identical to the KX-5; Ayre claims that its higher price ($8950) buys some subtle changes in circuitry that improve the sound. (Owners of KX-5s can have their units upgraded by Ayre for $1000.)

The launch of the upgraded version doesn’t detract from the achievement of the original KX-5. It is, by any measure, an outstanding performer, which is why, in the last sentence of his review, Aron said, “I can enthusiastically recommend it not only to you, but also for a Reviewers’ Choice award.” That’s why we feel confident that the KX-5, like Ayre Acoustics’ much more expensive KX-R Twenty, deserves to be named a Recommended Reference Component.