Simaudio’s Moon Evolution 760A retails for $8000 USD, making it not only the smallest and lowest-powered, but also the least-expensive Moon Evolution amp -- but that doesn’t mean that Simaudio has skimped on its build or sound qualities. The 760A’s compact dimensions (18.75”W x 4”H x 18.1”D), weight of nearly 45 pounds, and exceptionally sturdy build quality of all metal parts, make it feel quite dense. And commensurate with the 760A’s topflight build is Simaudio’s ten-year warranty -- far longer than the two to five years typically given with electronic components.

The 760A is a class-AB design that is rated to deliver 130Wpc into 8 ohms or 260Wpc into 4 ohms in stereo, or 500W when bridged as a monoblock. When Aron Garrecht reviewed the 760A for SoundStage! Ultra in July 2015, he used it as a two-channel amp, and found it provided sufficient power to drive his speakers:

I tried to get the 760A to clip as it drove my Rockport [Technologies] Atrias (sensitivity: 87dB) to levels I’m sure [Rockport] designer Andy Payor never thought probable, but I failed. Dismally. Instead, I heard from the system a highly controlled yet refined portrayal of whatever I had the guts to throw at it. The 760A deserves respect.

It didn’t take long for Aron to realize that the Moon Evolution 760A could deliver first-rate sound from his system, in many areas outperforming his considerably-more-expensive reference mono amps:

Out of the gate, the Simaudio had me locked in my chair. The extent of the 760A’s resolve, in combination with its ability to extend the boundaries of my room farther than ever before, was jaw dropping, and exceeded that of even my reference Classé CAM-300s ($11,000/pair). With all genres of music, soundstaging was consistently massive yet clean, neutral, and full of tonal shadings. Instruments, images, and nuances were delineated with mesmerizing levels of clarity and focus. These observations were driven home by the live recording of “Hotel California” on the Eagles’ Hell Freezes Over (16-bit/44.1kHz FLAC, Geffen) -- I was able to appreciate the nuances of each instrument more easily than I’m accustomed to. Plucks of each string of Glenn Frey’s acoustic guitar were conveyed with truthful singularity, possessing precise leading-edge definition without sounding analytical. Even more alluring was the tightrope the 760A consistently walked between offering snappy transients and focused images while retaining the natural golden hue of the acoustic’s strings.

As the intro went on, the 760A continued to excel at resolving minutiae I typically have to be careful to listen for. Slidings of Frey’s pick, for example, sounded marginally larger and sharper. The beads in the maracas had more presence, which allowed me to differentiate them within their gourds that much more easily. When Don Henley’s kick drum entered, I was so elated with the sheer levels of slam, density, and control with which the 760A delineated each kick of skin that I had to temporarily halt my listening session to swap in my Classé CAM-300s for a quick baseline reminder. Side by side, the sounds of the two -- er, three -- amps were almost indistinguishable. Impressive, considering that the Classés are collectively almost three times the size, weight, and power output of the Simaudio, not to mention $3000 dearer. There were subtle differences, though; the 760A’s slightly warmer, fuller sound consistently translated into images and voices drawn with greater depths of tonal color and naturalness. The Simaudio also painted images with a hint more grandeur, giving me somewhat of a front-row vantage on the sound, as opposed to the Classés’ slightly recessed and drier character. Henley’s kick drum proved a perfect example of this -- through the Simaudio, it sounded larger and more organic, while the Classés struggled to balance their punchy authority with the same level of scale. 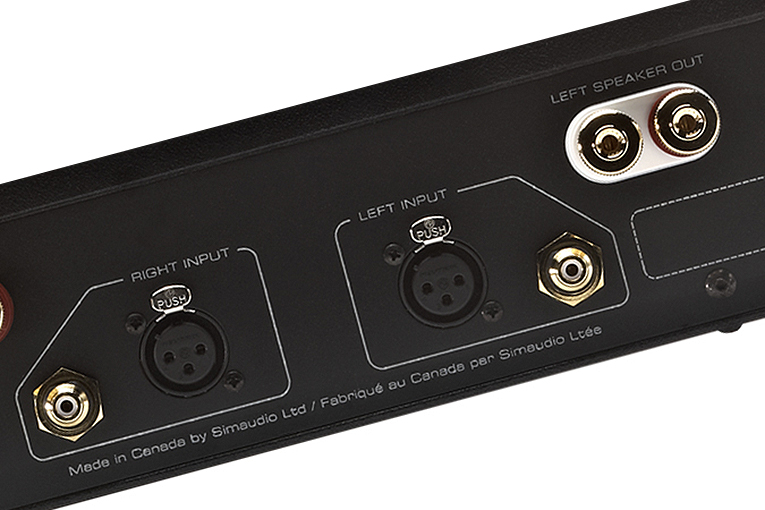 Aron was also taken aback by the 760A’s imaging specificity and re-creation of soundstages:

The 760A also did a remarkable job of defining the listening space. Not only could I hear images being formed beyond the confines of my side and front walls, I could hear people clapping beside me as I sat in my listening position. In fact, no matter what genre I listened to -- rock, jazz, pop, or electronic -- the 760A consistently excelled at projecting music into my room. This not only created the impression of a vaster soundstage, it provided an addictive sense of realism for each instrument and voice on stage. I found this particularly advantageous when listening to live recordings, or music in which the ability to hear the recording environment was clearly the engineer’s intent. 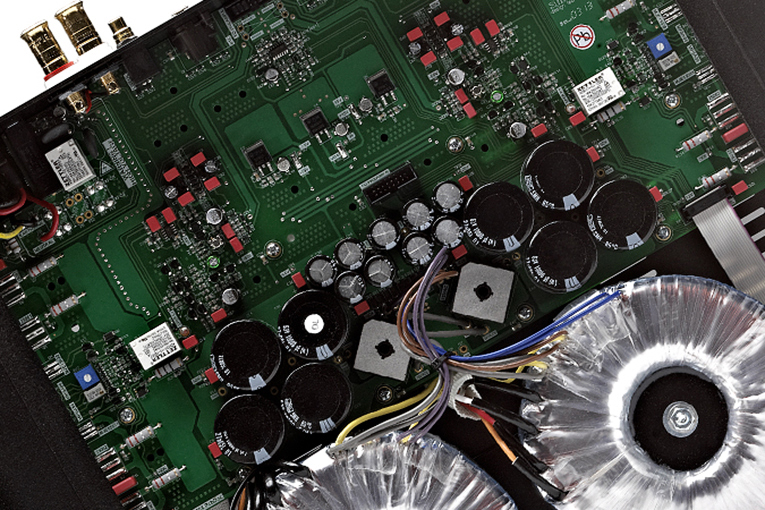 All of the above makes it obvious what Aron thought of the Simaudio Moon Evolution 760A, and earned it a Reviewers’ Choice award when his review was published. But what convinced us to also name it one of our Recommended Reference Components were this . . .

It may strike some as being a tad pricey, considering its modest size and power rating, but its sound, flexibility, and ten-year warranty put this amplifier in an elite crowd of products that can serve as benchmarks for what the rest of the industry offers.

. . . and the concluding sentences of his review:

Heck, even if you’re not in the market for a new reference amplifier, go hear firsthand what the 760A has to offer -- it’s the best-sounding standalone power amplifier I’ve heard for anywhere near its price of $8000. Recommending it is a no-brainer.

Such an endorsement makes the Moon Evolution 760A’s recommendation a no-brainer for the rest of us at the SoundStage! Network as well.