The Moon Evolution 850P preamplifier, which Jeff Fritz reviewed for SoundStage! Ultra last month, represents Simaudio’s most ambitious effort to date to produce a state-of-the-art preamplifier that’s not only rich in features, but also provides a transparent path for any music signal passed through it. With two cases instead of one, it’s a clear step up in construction -- and, at $30,000 USD, in price -- from Simaudio’s single-box Moon Evolution 740P preamplifier ($9500), which in December 2013 was reviewed for SoundStage! Hi-Fi by Doug Schneider and recognized as a Recommended Reference Component. 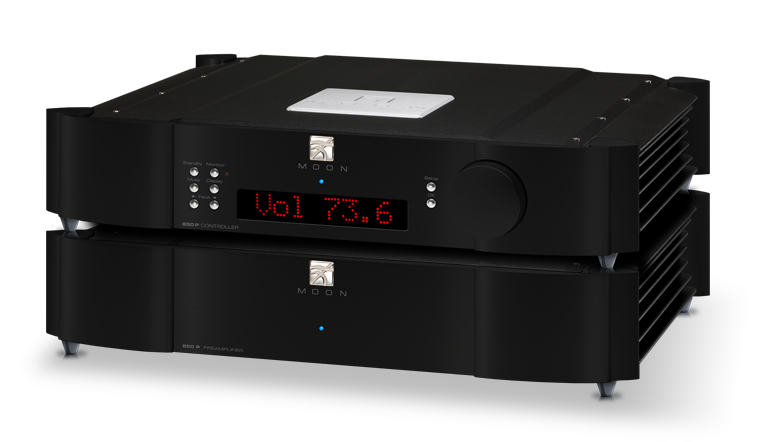 The main reason for the 850P’s two boxes is to avoid interactions between internal components, and to reduce noise and audible distortion to levels even lower than those achieved by the single-box 740P. In his review, Jeff described the features and functions of each of the 850P’s cases:

These two chassis are of identical size: each is 18.75"W x 4"H x 16.5"D. One houses only the audio circuitry, while the other contains the power supply, digital controller circuitry, software processing, LED display, and user controls. The two boxes are linked three ways: by two (right and left) four-pin XLR cables for DC power, and one eight-pin Ethercon cable for communication between the two. Connect the power cord to the power-supply box and you’re ready to go. The inputs and outputs are on the back of the audio-circuitry box: three pairs of XLR and five pairs of RCA inputs, and two pairs each of fixed and variable outputs (XLR and RCA). Also on the rear panel are the SimLink inputs and outputs, 12V triggers, and an RS-232 port. Next to the IEC power receptacle is the main power rocker switch; the front panel’s Standby button is used for daily operation.

Commensurate with the 850P’s high price are its topflight parts and build quality; its many features facilitating ease of use, including a 530-position volume control that permits incredibly precise adjustments; and its extremely long warranty of ten years for parts and labor (with registration) -- at least twice as long as what most companies offer. “Suffice it to say that Simaudio has thrown everything imaginable at the 850P,” said Jeff.  “I found nothing disappointing in the 850P’s fit’n’finish: the tolerances of the joins were very tight to the eye and fingers, and as far as I could tell, the brushed aluminum and textured black paint were flawless.” 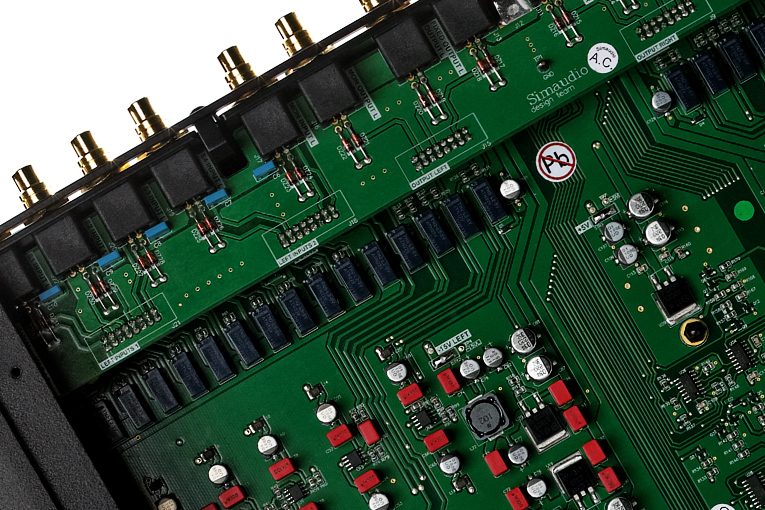 Jeff also said that the 850P cast a soundstage as wide and deep as he’s heard in his room, and he found its treble “perfectly balanced.” When he listened to Enya’s Dark Sky Island (16-bit/44.1kHz Tidal, Warner Bros.), “The 850P was remarkably adept at re-creating this album’s huge sound right at -- and all around -- my listening position.” He also thought that the 850P’s tonal balance sounded strictly neutral, and its overall character completely transparent to music fed through it. The results, he said, were that any flaws in recordings were “wincingly obvious,” but that “Better recordings sounded, well, a lot better.” 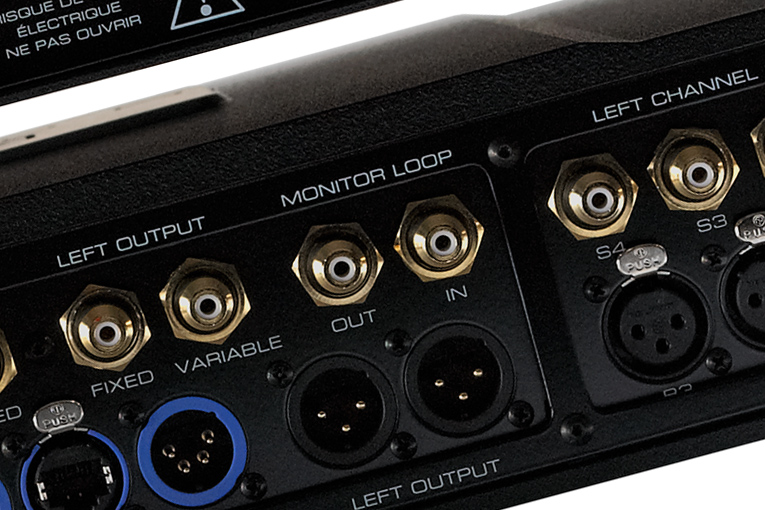 Jeff compared the 850P with Ayre Acoustics’ KX-R Twenty preamplifier ($27,500), which he also reviewed for Ultra, and which we recognized as a Recommended Reference Component in July 2014. He described the two products’ appearances and circuit designs as being very different -- and the KX-R comes in just a single case -- but in terms of sound, they were more similar:

Both the KX-R Twenty and the 850P were utterly transparent -- I could detect no noise that either was adding to the music. Tonally, each was essentially dead neutral. Both also sounded spacious with live recordings, and were totally nonfatiguing over many hours of listening. Where they diverged was in their delivery of music’s energy: the Ayre was more smooth, relaxed, and liquid, whereas the Simaudio was more propulsive and authoritative. I’m not sure the Ayre has a match in terms of midrange smoothness -- and the Simaudio made large soundstages come to life as has no other preamp I’ve had in my system. If you can afford to assemble a great system around one of these products, I can easily recommend either. 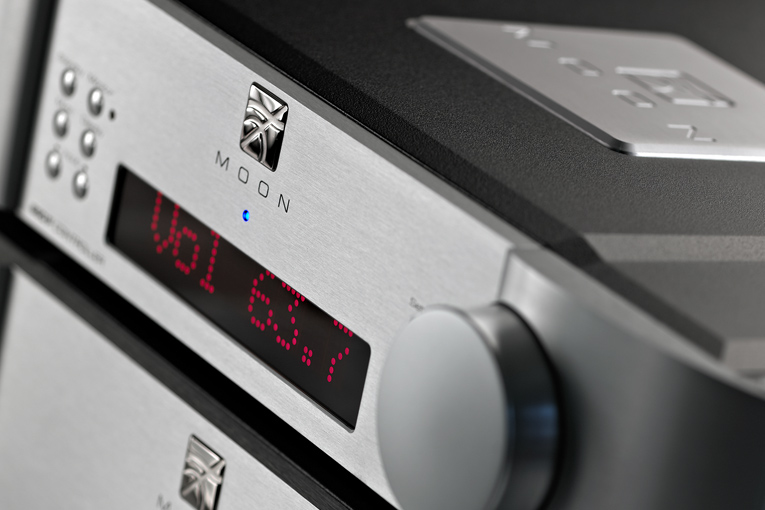 In wrapping up, Jeff reaffirmed his conviction that the Moon Evolution 850P has few peers: “If you’re in the market for a state-of-the-art preamplifier, the Simaudio Moon Evolution 850P is a great choice -- there’s no question in my mind that it ranks among the very best. In sound and in use, it has no faults per se -- and it has strengths galore.”

The Simaudio Moon Evolution 850P deserves a place on our list of Recommended Reference Components -- and our highest recommendation for those looking for the ultimate in a preamplifier.