When, in January 2014, Uday Reddy reviewed Ayre Acoustics’ original AX-5 integrated amplifier for SoundStage! Hi-Fi, he was so taken with it that he said: “as of today, the AX-5 is not only, overall, the finest-sounding amp I’ve ever heard, it ranks as one of the finest components I’ve heard of any type.” Of all the AX-5’s strengths, he most admired how it got out of the way, imposing on the music no colorations of its own -- or, as he said in his review, “This is the best damn integrated I’ve never heard.” This is very high praise, particularly as the AX-5 retailed for just $9950 USD.

The AX-5 has now been replaced by the AX-5 Twenty, for $12,950. Last month, Uday reviewed the Ayre AX-5 Twenty for SoundStage! Ultra; despite the 30%-higher price -- a significant increase, as he acknowledged -- his enthusiasm for it was as high as it had been for the AX-5.

Except for the addition of a small, gold-colored “Twenty” plate on the front panel, the AX-5 Twenty looks identical to the AX-5. Its basic circuit design remains the same, as do its specified power outputs: 125Wpc into 8 ohms or 250Wpc into 4 ohms. Inside, however, are some notable improvements, as Uday described:

For the input stage, Ayre has switched from a single-regulated, zero-feedback discrete regulator to a design in which one regulator feeds a second regulator, which then feeds the circuitry. This second voltage regulator is of a completely new type, developed by Ayre and called the AyreLock linear power supply, which locks the voltage to a very stable value. Ayre’s founder and chief designer, Charles Hansen, states that almost all power-supply regulators have at their heart a single series-pass active element. When the load draws more current, the pass element decreases its resistance to keep the voltage to the load constant. In the AX-5 Twenty, a second circuit element has been added. When the load draws less current, the second transistor draws more current to ground, which in turn locks the output voltage of the regulator; hence, AyreLock.

However, when it came time to implement these upgrades, Ayre’s engineers discovered that the original Diamond output stage produced too much heat to use in the Twenty. Therefore, Ayre rearranged the Diamond’s internal components so that while the amplifier still had a current gain of three stages of emitter-followers and a single-point drive at both the input and output stages, it now ran much cooler. There are now two modified Diamond buffers in each new output stage, which has been renamed Double Diamond. The AX-5 Twenty runs 40º F cooler than the AX-5 with original Diamond output stage.

As sonically accomplished as Uday thought the AX-5 was, he thought the AX-5 sounded better: “Straight out of the box, the AX-5 Twenty sounded amazing. I was floored by the sound I heard from it, and -- after having them in my system for four years -- at last realized how competent my Revel Ultima Salon2 loudspeakers actually are. As good as the original AX-5 was, it never had me believing that the Salons could do any more than I’d heard them do when driven by other amps.” 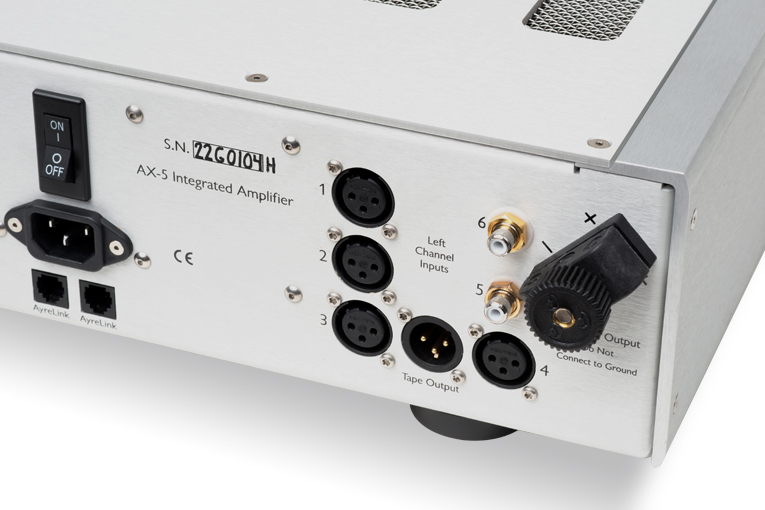 He also praised the AX-5 Twenty’s high level of transparency: “It was as if someone had scraped sonic grunge off of even the most pristine recordings I had on hand. . . . The AX-5 Twenty was so dead silent that I could hear well into recordings, and was able to hear previously inaudible details on familiar albums I’ve listened to for decades and thought I knew by heart.” Uday also found that “Music seemed to pour from the AX-5 Twenty in a relaxed, effortless manner without sounding polite or laid-back, and the sense of rhythm and timing was spot on.” As for the Ayre’s bass performance, he noted that the AX-5 Twenty “took a much firmer grip on the Revel Salon2s’ woofers than had the AX-5.” Uday also recognized something he’d found true of the AX-5: the Twenty reproduced music at low volume levels as well as it did at high levels, making it possible for him to listen at much lower volumes than he typically does, with no loss of listening satisfaction. In every way, the AX-5 Twenty sounded equal to or better than the AX-5.

Reviewing the original AX-5, Uday had found that his “16-year-old Rowland Concentra [integrated amplifier] had been no match for it.” Obviously, there was no reason to focus on the Rowland for the AX-5 Twenty review. Instead, he compared the AX-5 Twenty to three integrated amplifiers that he felt offered exemplary performance in specific areas: “for treble, the ASR Emitter ($10,950); for midrange, the Esoteric A-100 ($19,000); and for bass, the Luxman L-509u ($10,000).” He found that the AX-5 Twenty “exceeded the midrange warmth and clarity of the Esoteric A-100 and the iron-fisted bass grip of the Luxman L-509u, and came oh, so close to the ideal of the ASR Emitter’s treble, which has a touch more top-end delicacy and sparkle. But that last is certainly no deal breaker.” 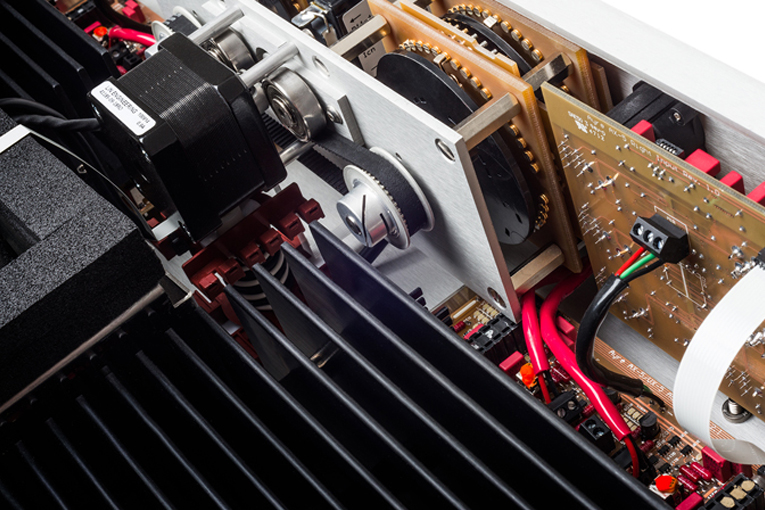 Uday’s overall enthusiasm for the AX-5 Twenty was reflected in his conclusions:

All of Ayre’s products can be upgraded as time passes and technologies advance, and the AX-5 Twenty is a shining example of this approach.

If you buy one, I’m confident that it would be the last amp you bought for a very long while, if not the very last. While not nose-bleedingly expensive, the AX-5 Twenty isn’t cheap at $12,950 -- even someone in my tax bracket needs to carefully consider the cost. In its defense, if you’re not wedded to the idea of a separate preamplifier and power amplifier(s), the AX-5 Twenty will likely meet all your amplification needs, and makes the case that, in most systems, a combo of separates is superfluous. 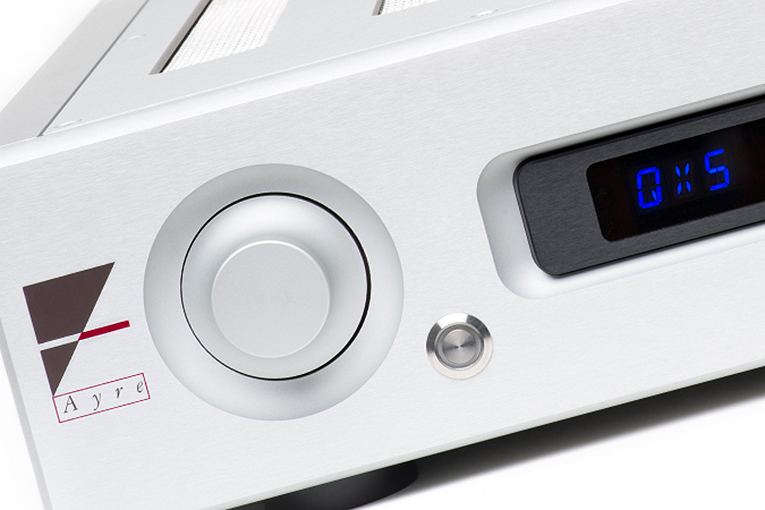 When it was reviewed, the original AX-5 received a Reviewers’ Choice award, and later was recognized as one of the Products of the Year for 2014. It was never listed as one of our Recommended Reference Components, even though, based on the strength of Uday’s review, its inclusion could easily have been justified. From what Uday heard, it’s clear that the AX-5 Twenty deserves at least as much praise -- and this time, that includes being named a Recommended Reference Component.