Music to Kick the Winter Blues

I hope your winter (here in the northern hemisphere, at least) is wrapping up nicely -- there are certainly plenty of invigorating new music releases satisfying my musical interests and providing a soundtrack for this season of hibernation, so let me share a few standouts that have kicked off 2012 for me. The jazz scene is flush with stellar new releases, while a Chicago-based folk-music archive has compiled hundreds of old live recordings in an impressive four-disc collection of 50 years’ worth of extraordinary performances. Give a listen . . . 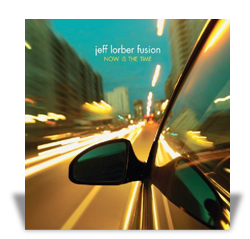 On January 21, the Jeff Lorber Fusion released Galaxy (CD, Heads Up HUI-33173-02), a follow-up to 2010’s Grammy-nominated Now Is the Time. Composer and keyboardist Lorber is joined by a stellar roster of jazz musicians that includes saxophonist Eric Marienthal, guitarists Paul Jackson Jr. and Larry Koonse, bassist Jimmy Haslip, and drummers Dave Weckl and Vinnie Colaiuta. Galaxy is energetic and lively, and in 11 original instrumentals puts a fearless forward-motion push and modern spin on the jazz-fusion sound Lorber has been associated with since the 1970s. Lorber also reenvisions some of his most famous numbers, including “The Samba,” “City,” and “Wizard Island.” Galaxy is an upbeat, sophisticated effort from some of jazz’s finest fusionists, and I’ve found it kicks those lingering winter blues to the curb in a flash. 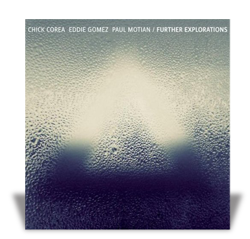 Also in January came Further Explorations (CD, Concord CRE-33364-02), a two-CD live recording by pianist Chick Corea, bassist Eddie Gomez, and the late Paul Motian on drums, in homage to pianist and composer Bill Evans and in celebration of the 50th anniversary of his classic album Explorations. Motian and Gomez were members of Evans’s band at different times (Motion was the drummer on Explorations, along with bassist Scott LaFaro). These three legendary virtuosos spent two weeks at the Blue Note, in New York City, and the result is a highly respectful tribute to Evans that boasts its own sense of fearless exploration. Further Explorations features a previously unrecorded Evans tune, “Song No.1,” and other fine selections from the pianist’s extensive list of compositions (“Laurie,” “Peri’s Scope,” “Very Early”), but this trio doesn’t hesitate to cover tunes by other jazz artists, and include some of their own when they seem to fit the spirit of the session. With 19 tracks in all, these two discs provide a satisfying sampler of excellent Evans-inspired songs. The timing of this release, just months after Motian’s death, reaffirms his ability to interpret jazz as have few other drummers in the history of the genre. 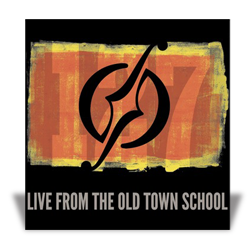 Half a century’s worth of live folk-music performances recorded and archived by Chicago’s Old Town School of Folk Music sat collecting dust in an old warehouse before an effort to properly transfer and distribute them restored them to life. Live from the Old Town School (Old Town School Recordings), a four-disc collection available only online (via CD Baby, iTunes, and Amazon.com), features a diverse lineup spanning decades of famous and infamous performers who passed through the halls of this Windy City institution. Performances from the 1960s by Joan Baez, Odetta, Big Bill Broonzy, Dave Van Ronk, and Pete Seeger appear beside late-1990s recordings by Jeff Tweedy (Wilco) and Andrew Bird, and even such global folk artists as Toumani Diabate. I’m still sorting and listening through these 127 songs, but it’s a treasure trove that might have been lost forever had it not been for the efforts of a dedicated few who patiently transferred these gems, then diligently sought the rights from each artist to include his or her performance in this collection. The songs can be purchased singly or as volumes. Proceeds from the sales will benefit the Old Town School of Folk Music, which provides programs and lessons in the folk tradition to children and adults, and remains a renowned folk-music institution -- one to be applauded for preserving so many years’ worth of rare performances and beautiful moments from musical history.