Preparing for the Grammys, and Whatever Happened to Telarc? 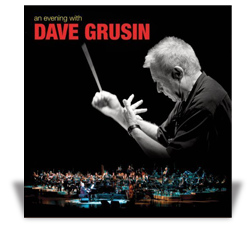 I have spent the better part of five decades meddling with various aspects of high-end audio while simultaneously attempting to keep abreast of the industry’s evolutionary and revolutionary developments. For more than half of those years I have auditioned promotional copies of new releases from audiophile labels distributed by my company, Sanch, to determine their musical and technical suitability for offering to my fussy, eclectic clientele.

Over time, I have accumulated a formidable collection of recordings. This has given me a unique opportunity to learn how to predict how different customers might react to various musical genres. Moreover, everyone who knows me knows that I am very partial to live recordings, for many reasons.

Each year, as a voting member of the National Academy of Recording Arts and Sciences (NARAS), I religiously cast my secret ballots in various Grammy Awards categories. Thus do I -- and some 14,000 other eligible producers, engineers, musicians, writers, et al. -- determine the winners of the (current) 78 defined categories in this most prestigious event.

After a first-round audition sometime in the third quarter of 2011, the release titled An Evening with Dave Grusin (released on CD, Blu-ray, and iPad app) prompted me to predict that it would wend its way to the top of the pyramid and become eligible for at least one of the 2012 nominations. And so it did, ending up as one of five nominees in the fiercely competitive category of Best Surround Sound. How did it get there?

What makes a hit record?

Legendary composer, producer, conductor, and arranger Quincy Delight Jones Jr., winner of 24 Grammys, is the only person I know to have demanded a hit record. Everyone else is obliged to wait patiently in the queue until John Public decides.

"Guys, I need a hit record" were Jones’s marching orders to Lionel Richie and the late Michael Jackson when he initiated the USA for Africa project in 1985. But according to Richie, "The first night we met we did everything but write a song. Well, the next two nights Quincy came to dinner and there was still no song. And finally he said, ‘Listen, I have 45 artists waiting to hear this song they’ve agreed to sing that they have no idea what they’re going to sing, and you’ve got to give it to me tomorrow!’"

And so was born "We are the World," co-written by Jackson and Richie, the fastest-selling pop single in US history. This charity song for African famine relief by Quincy’s famous supergroup eventually sold over 20,000,000 copies, and was cited Quadruple Platinum by the Recording Industry Association of America.

What major factors should guide one to speculate that a given production might become a hit? Here are my views, based solely on my experience. A hit record should be of concert length -- that is, an hour or longer -- and sequenced so that its unfolding rivets the listener to the sweet spot. A recording of a live event should permit one to close one’s eyes and be teleported back in time and space to the original event. Applause should be spontaneous and natural, as this often irritates, sounding like cold bacon sizzling in a hot frying pan. The soundstage should be three-dimensional, balanced, palpable, spacious, and transparent. The aural illusion should be analogous to riding in a vehicle in which the tires are inflated with helium instead of air.

What does all of this have to do with Dave Grusin’s memorable recital?

From the opening bars of "Fratelli Chase" through an unforgettable "Moon River" to "Memphis Stomp," one feels commandeered by the exquisite fare. The engineering is phenomenal; the repertoire is fabulous, with a dream segue of exquisite selections by Henry Mancini, Leonard Bernstein, the Gershwin brothers, and Grusin himself. The airy sound of the piano, guest instrumentalists, and singers, deftly accompanied by the Henry Mancini Institute Orchestra, is absolutely stunning. 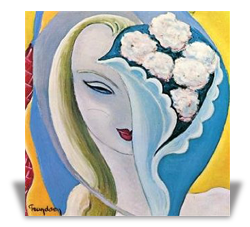 However, on the evening of February 12, Grusin’s album was upstaged by Derek and the Dominos’ Layla and Other Assorted Love Songs: Super Deluxe Edition, released on USM/UMe/Polydor, produced by the band and mastered by Bob Ludwig. I was disappointed, but consoled myself with the sobering thought that while everyone cannot be the winner, everyone competing is nevertheless a winner.

I found myself thinking deeply about the future of Telarc, Heads Up, and the many other minuscule independent labels that continue to struggle for survival while the big four -- Sony, Universal, Warner, and EMI -- relentlessly gobble up everything else, leaving little in their wake.

Ever since Jack Renner and Robert Woods retired from Telarc International, and the highly skilled in-house production team headed by Mike Bishop formed their own company, Five Four Productions, there has been much speculation and discussion about the future of the famous Ohio-based independent label.

Additionally, the Atlanta and Cincinnati Symphonies, two of the orchestras with which Telarc had long-term relationships, are now releasing albums on their own labels. Add to this the global economic downturn amid the desire for more and more downloadable digital formats, and the entire music industry seems bogged down in a quagmire in which the only winners are the pirates.

But despite these challenges, the fate of Telarc and its subsidiary sister company, Heads Up International, remains in stable hands. These companies have a very extensive repertoire mainly in the areas of classical, jazz, contemporary, and popular music, and boast a formidable cast of world-renowned artists who have collectively won many Grammys under the labels’ umbrella.

Furthermore, Telarc and Heads Up have now been subsumed into one of the largest independent conglomerates in the world. The Concord Music Group, which is closely affiliated with Universal, was founded as Concord Records by the late entrepreneur Carl Jefferson, in 1976. The Grusin misfortune notwithstanding, Concord won seven Grammys at the 2012 awards ceremony, in the following fields: 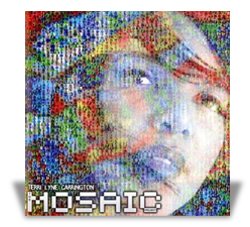 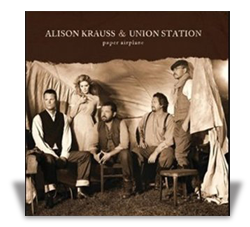 There is no other sector in which competition is as vicious and brutal as in the entertainment business, and especially the subset that is the music business. The world has evolved to a point where good melodies and music with intrinsic timelessness are extremely scarce, attributable no doubt to the pace at which we now live. No longer is there time for reflection or contemplation.

It is a blessing that an organization such as NARAS exists to audit the music industry’s output while continuing to uplift standards and reward excellence through the annual Grammy Awards. After all, great music recorded in an inspired manner is what really makes high-end audio sing.