The iPhone 7 and the Audiophile

It’s that time of year again: show season. OK, OK, there were regional shows over the summer, but the heavy stuff (other than Munich, the biggest high-end show on the planet) tends to be held in the autumn. I guess the idea always was / still is to get customers fired up for Christmas or, as seems more logical since I don't know that many people who find TechDAS turntables or Nagra power amps under the tree, to get them to buy something new for the winter, when we spend more time indoors.

What’s in store? Damned if I know. Vinyl sales continue to climb, so I’m hoping that phono stages, turntables, arms, and cartridges will continue to benefit. Amps and speakers? Stagnant as far as I can tell. But the headphone revolution seems to be levelling off to a nice point where cans have become the default transducer in place of loudspeakers -- and not just for under 40s. But the biggest seller this year could be a headphone-related accessory. 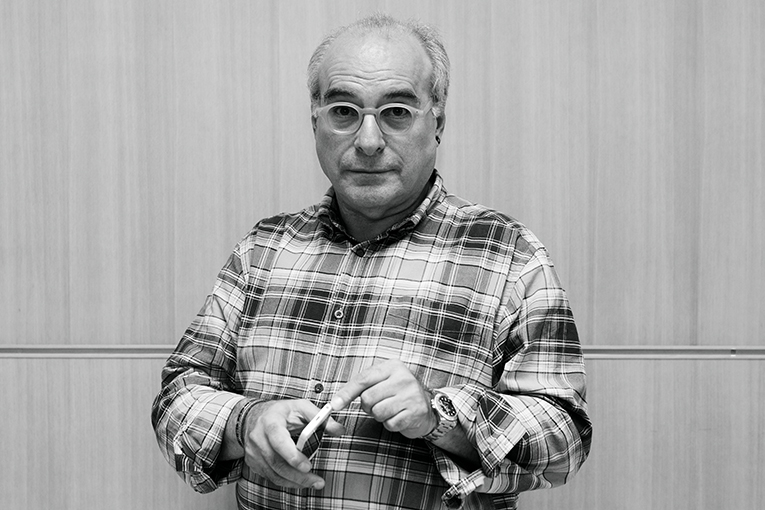 As I write, the Apple iPhone 7 has been announced but has not yet shipped. I think it’s two weeks away, but you early adopters will have yours when this goes online. I’m happy with my iPhone 6, but then I never listen to music through it, nor do I watch TV shows on it. I’m just a boring old fart who uses it as, well, a phone, plus texting and that other historic means of communication: email.

What is known about the 7 is that there has been a pronounced backlash against the removal of the 3.5mm headphone socket, which is as universal an output as there has ever been. And yet the lifestyle techno-pundits are surprised that Apple is acting like an arrogant asshole, flipping the finger to a few million who just bought high-quality cans with conventional jacks.

What has bothered me about the commentators is their arch stupidity, clear proof that they either haven’t done their homework or have suffered a memory lapse. Then again, the computer community knows sweet FA about high-end audio sound, and they think audiophiles are numbskulls because we use our ears instead of relying on some programme to tell us what we’ve just heard. Case in point: their blind worship of digital, their by-the-numbers world view -- it was old in 1983. Now it’s just boring, and that’s supported by the fact that the CD is dying and the LP is back.

What the usual suspects have glossed over includes the fairy tale that the socket was removed to save space. To fill with what? The phones have gotten larger, not smaller, so that excuse doesn't work. Quality? The Lightning connector is plasticky and fragile compared to any solid 3.5mm plug. Sound quality? The world is awash with better (portable) headphone amps and DAC-amps than are fitted to any smartphones, so what are they really offering us vis-à-vis the iPhone 7’s sound output?

Most of all, the compu-schmucks have overlooked one crucial item when trying to explain Apple’s thinking, and it isn't merely a 600-pound gorilla: it's a $3 billion gorilla. Apple bought Beats, remember? It’s a brand that doesn't seem to possess quite the power or cachet it had a few years ago, so perhaps Apple bought a pup.

Whether Beats is or is not an albatross, Apple now has to sell its own headphones. It can no longer rely on its stores selling superior models from B&W, Audeze, Sennheiser, AKG, Audio-Technica, or other companies whose products are so vastly better sounding than Beats that I despair at the low standards of the masses. Every pair of Sennheisers sold is a pair of Beats not sold.

But back to what might be the best-selling accessory of the season. The latest I’ve heard is that the iPhone 7 may ship with a Lightning-to-3.5mm adaptor, which, if true, will negate what I am about to write. Suffice it to say, a week before the iPhone 7’s official announcement, at least two high-quality suppliers announced their own super-quality Lightning-to-3.5mm adaptors, while Audeze and others have had cables terminating in Lightning connectors in anticipation of the 7.

If the 7 does come with an adaptor, and it’s of the same quality as iPhone earbuds, then the accessory guys will be OK. If it works well, then it will take a dedicated gadget guy to spend an extra $70. The other aspect of the “death to 3.5mm” campaign is Apple promoting Bluetooth headphones rather than any physical connector, so it’s not just pushing the Lightning hook-up.

Apple knows Bluetooth headphones are plentiful, to disarm anyone who wants to complain on behalf of the masses. Hell, I’ve been using a pair of Master & Dynamics for months. But as more than one pundit has pointed out, Bluetooth isn’t exactly suitable for high-end sound quality, and all you have to do is try your headphones wired and wireless. No contest.

As for the 7 now having “stereo speakers,” with one at each end of the phone, I can only sigh with dismay. Anyone who uses a smartphone for group listening via the air rather than through headphones must have the same standards as those who would watch Game of Thrones or some Hollywood epic on a phone or tablet. Like I’ve said before, doing that to the scale of the film or the music is like pouring a fine wine into a paper cup.

But that’s Apple, the only company I know that consistently changes the world for the worse, and then makes billions doing it. And ultimately forces the rest to follow suit.