The Death of CES -- a Mercy Killing

It’s that time of year -- as recent history demonstrates -- when high-end audio visitors to the Consumer Electronics Show feel a sense of doom, of foreboding that “It Will Suck Again.” Unlike this organ’s esteemed editors, who will not waste the time nor money for the Vegas trip, which Doug Schneider described as “too dick-all of a show” to be worth attending, I have contradicted myself by visiting it once more.

Admittedly, I have personal reasons to make the trip, namely, spending time with friends both in and outside of the hi-fi business whom I may never see again because CES is the only time our paths cross. Carefully juggling flights and staying only long enough to cover the much-decimated high-end section in the Venetian -- a day and a half will be more than enough -- I have prepared an economy version.

Why so little time at the world’s biggest CE trade show? This old fart remembers when four full days at CES precluded seeing everything in the high-end listings alone. It was overwhelming: Alexis Park, the hotel-casinos that preceded it, and the Venetian that followed it all hosted exhibitors in the hundreds. This year, there are maybe 50 that qualify, as I do not cover drones, mobile phones, tablets, or any of the other ephemeral dreck that occupies the massive Las Vegas Convention Center. 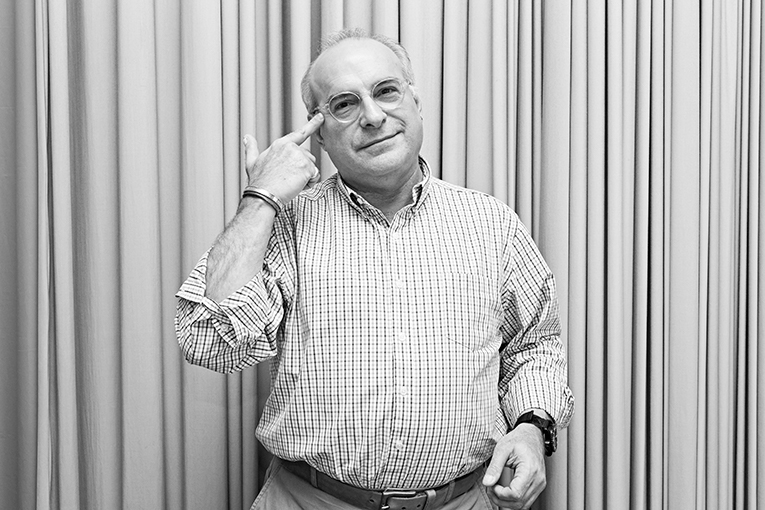 However fervently one tries to eliminate nostalgia, this year’s fin de siècle vibe is inescapable. Achingly, I recall those no longer with us, people who both mentored me and grew to be much adored, much appreciated friends -- gents such as Apogee’s Jason Bloom, Sonus Faber’s Franco Serblin, and the legendary Yasuo Nakanishi, now joined by the heartbreaking list of the recently departed. Never again will we see the ever-charming, wisdom-dispensing Dick Shahinian, the wry visionary who was Arnie Nudell, nor Ayre’s witty Charlie Hansen -- who told me more spicy backstage stuff about the ill-fated Pono project than I will ever be allowed to publish.

Perhaps their departures will serve future commentators as some form of symbolism about the demise of CES, for all of them were hi-fi show stalwarts back in the day, and the shows are the poorer for their absence. Neither is the irony lost on us that, just as CES chooses, conclusively, to flush high-end audio down the toilet (and make no mistake that high-end audio was one of the very industries which helped to establish CES all those decades ago), decent hi-fi systems seem to be enjoying a comeback -- not least because of the Vinyl Revival.

There are, of course, two sides to every story, and the high-end audio community is as much to blame for its reduced presence at CES. More than one sage told me the organisers have little time for high-end brands because they spend so much of it chasing them for payment. Audiophiles, too, are whiners. One can only imagine the litany of grievances about the sound quality of the rooms, whether justified or not.

In that respect, however, I am partly in agreement with the CTA. They see us as a pain in the ass, like the deranged uncle who ruins family reunions by peeing his pants or farting uncontrollably. My take is different, yet in 180-degree opposition to every audiophile who ever had a sleepless night over VTA adjustments or tube bias.

For decades, I have posited that it is impossible to form an opinion about a new component in (1) a room you don’t “know” through (2) a system you have never heard before with (3) demo material that’s completely unfamiliar. A pox on any reviewer who pontificates regarding what he or she heard at a show. It’s like reviewing a restaurant from the menu. It’s what I have always hated about hi-fi shows, which I attend for a simple, professional purpose: to gather news about products being launched, not to form definitive opinions about them.

Even if you lower the odds by bringing along your own material, and happen to hear the new item through a system that almost exactly mirrors yours, there is still the room with which to contend. Way back when, you could bank on set-up pairings that you might have bought into yourself, like Audio Research / Magnepan, Krell/Apogee, or most famously, Linn/Naim. Their rooms would thus have greater validity for you. But even then, would it have been the exact same models, same cables?

No, it would not. So in at least one area, and at the risk of losing what little respect some may hold for me, I maintain that anyone who thinks he or she can form a valid assessment of a new component, in totally unfamiliar circumstances, during even a 30-minute visit (which the exhibitor would hate you for), should enter politics, script the next SF blockbuster, or rewrite history for Hamas or Fatah.

So maybe the death of CES for the high-end is a mercy killing. The High End show in Munich and the growing-like-crazy Warsaw event in November have both raised the bar for hi-fi shows, and maintained the traditions and standards that make me wish for the old Heathrow shows, the Stereophile shows, and others that no longer exist. And truth be told, the systems sound better at both than at the Venetian.

RIP, then, for the high-end at CES. And sadly, it has ended with a whimper.