Saying farewell to one’s mentors is always heartbreaking, but losing two in one week is almost too much to bear. One will be familiar to you, and you will undoubtedly find him to be the subject of many glowing, deserved tributes. The other will be known only to his friends, family, and the denizens of Atlanta, Georgia, in the 1980s and 1990s. Both of these gentlemen had a profound impact on my life. Whatever you might glean of any value from my scribbling over the past 35 years owes much to both of them.

Arnie Nudell made it to 80, which is a nice age, but it perturbs me that more hadn’t been made of his contributions to high-end audio during his lifetime. As his dear friend and colleague Paul McGowan wrote, “Arnie could truly be said to be one of the founders of high-end audio, along with Bill Johnson, Harry Pearson, and a small handful of other influential figures. When Arnie, John Ulrick, and Cary Christie started Infinity Systems in 1968, there was no other company in audio that pushed the state of the art the way they did. They cleared the path for the rest of us to follow.” 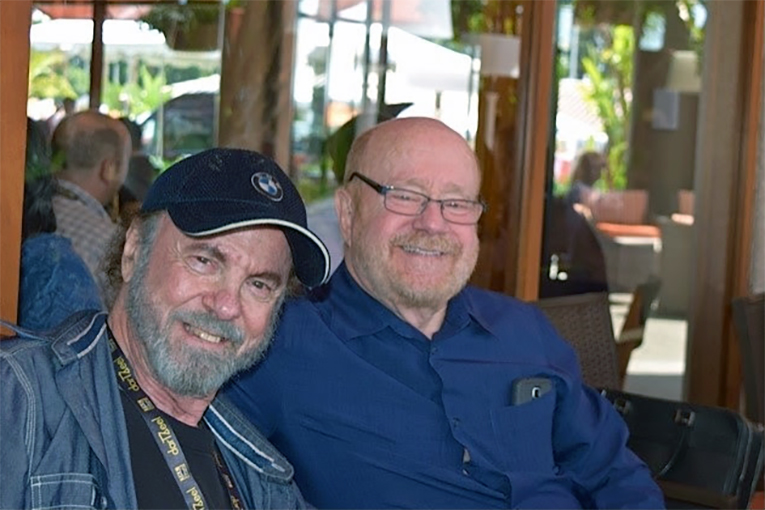 Along the way, Infinity was responsible for so much pioneering work that the audio community needs constant reminding, especially as snowflakes, SJWs, Millennials, and other low creatures continue to disrespect history. For those new to the high-end, or blessedly too young to remember the late 1960s through to the 1990s, Infinity Systems was once a force so strong that it served as -- thanks to the mighty IRS speaker system -- a permanent fixture in any list of industry references for at least a decade.

What people forget, however, because that mighty four-piece tower system (literally) overshadows all else -- and because Infinity today is hardly a high-end player -- are the company’s other innovations. As I’m not in a particularly pedantic mood at the moment because of the difficulty in dealing with Arnie’s passing, and have no interest whatsoever in smart-ass corrections, I shall avoid using the word “first” and stick with “among the first” to describe just a few of Infinity’s protean designs.

Beyond an early electrostatic dynamic hybrid speaker, the clever EMIT tweeter, a hybrid tube amp, cool names for products (before Monster was founded!), and far too many other novel concepts to list, Arnie and Infinity gave us:

The Infinity Black Widow: Back when carbon fibre was considered radical and “space age,” Infinity made a super-cool, wonderful-sounding tonearm that presaged the now-common use of the material. Indeed, I cannot name a carbon-fibre arm that preceded it. Where today’s designs differ and improve on it is in the employing of massive and therefore more rigid arm tubes; the Black Widow was as spidery as its name. But fit it with a wiggly, high-compliance ADC or Grado cartridge, and the results were delightful. And a pox, too, on the nasty, venal UK reviewers who didn’t get it and who disrespected this groundbreaking device when they were in the worst throes of ultra-xenophobic flat-Earth mania. 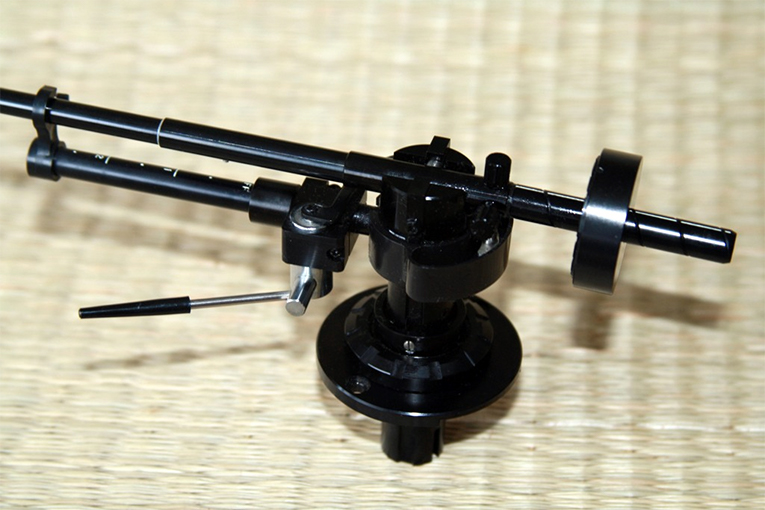 The Infinity Infinitesimal: “One of the first” (see?) high-end mini speakers, this brilliantly named small two-way foreshadowed the nearly portable compact lifestyle speakers from serious brands including B&W, KEF, and many others, as opposed to small, plastic, er, crap from the mass-market dreckmeisters. Containing an EMIT tweeter like that of the IRS and a 120mm woofer in a chunky, rigid enclosure (only 280 x 160 x 130mm) that looked simply gorgeous, the Infinitesimal is something I’d gladly place on my desk. 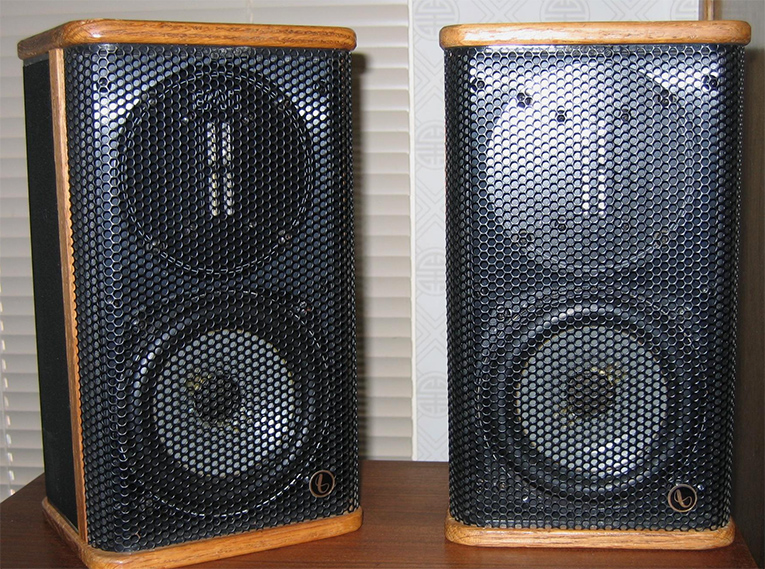 The Infinity Intimate: Another cool name, another prescient product, this portable cassette player was one of the first “audiophile” alternatives to the then-new Sony Walkman. Again, I don’t care to hear from anyone arguing this point, but I think the Intimate was the first personal cassette player with Dolby. 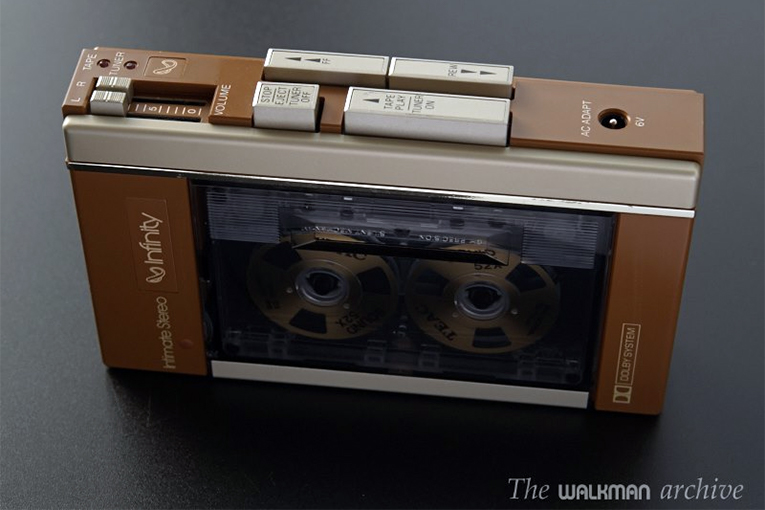 My own respect and fondness for Arnie is a mix of memories: Arnie telling me that “If imaging is correct, all else will be.” Of a nightlong session listening to his amazing collection of London/Decca master tapes, during one of LA’s hottest drought seasons, with his close friends Paul McGowan and Bascom King. Of an evening at an LA restaurant where Arnie ordered wine after astounding wine, and I was teetotal, which he reminded me of years later. Of juicy, incendiary industry gossip he shared that I can never repeat. Of rescuing me from a dump of a hotel and insisting I stay in Beverly Hills.

Andy Merdek, a member of Phi Beta Kappa, a lawyer, a wordsmith whose professional peak was as general manager and vice president of The Atlanta Journal-Constitution, was one of my oldest friends. We grew up in Portland, Maine, and enjoyed such adventures as attending the 1967 Newport Jazz Festival, avoiding getting our tushes kicked in at Frye Hall, and playing in a band called the Inner Sanctum. Andy was a drummer who moved on to jazz guitar, and he was so inordinately, precociously sophisticated that I -- two years younger -- looked up to him as a hero.

All I need to tell you in this context is that, in one afternoon, Andy introduced me to three musical forces that would become all-time favourites: Buffalo Springfield, the Youngbloods, and Sam & Dave. Not bad for a 17-year-old to a 15-year-old. Indeed, my son is named after the last of this triumvirate. How on earth do I thank him?