It wasn’t my first time in what was once a country ruled by evil, soul-destroying Commies. It wasn’t even my first time in Poland. Long before I was lured to Warsaw, I had visited one country formerly behind the now-forgotten (by many) “Iron Curtain” on numerous occasions: Hungary. Of course, every trip to Budapest was about hi-fi; I went to visit the late, sorely missed Istvan Csontos, the most enthusiastic audiophile I ever knew. He ran amazing hi-fi shows in the late 1990s and early 2000s, which almost prepared me for the situation in another once-impoverished country. 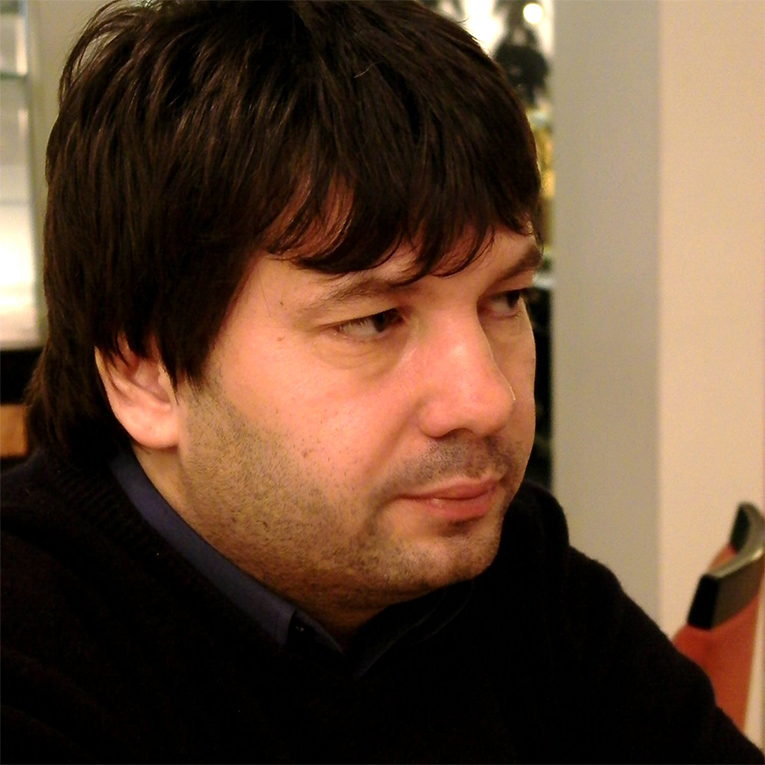 I cannot claim deep knowledge of these formerly oppressed territories. Although all four of my grandparents and God-knows-how-many-generations-before-them were from Russia, Lithuania, and Poland, I have no particular attachment to them. After all, my forebears were driven out by Cossacks, so fuck ’em. I therefore have no desire to go to the Moscow show.

Poland, despite its toxic rewriting of history, charmed me because I felt like I had stepped back in time to a film noir. This, however, is a false impression, the greyness strictly a vestige of architecture that is decidedly of the Soviet era. The Poles of Warsaw, on the other hand, are seriously, achingly, contemporarily cool.

Warsaw is truly a crossroads city, geographically and temporally, the latter because it is still in a transitional stage from oppressed-by-the-USSR poverty and the results of isolation, to evolving into a major 21st century Euro-capital. Wages need to catch up with the rest of the EU, although prices appeal to tourists because they’re ten years behind the rest of the continent. Drop into a restaurant like Elixir, though, and you could be in the hippest parts of Manhattan or London. 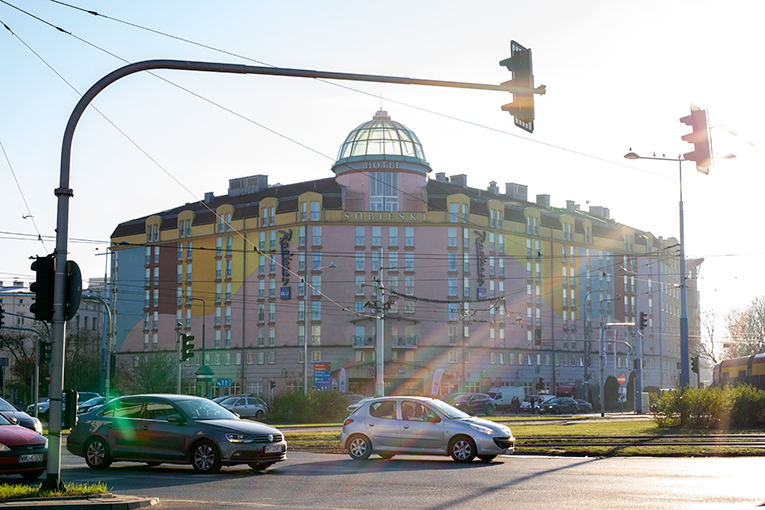 Why this preamble about Poland’s evolution? Because I felt like the clichéd “ugly American” when demonstrating a $400,000 system in a country with a national average wage of 4900 PLN a month, which is around 3530 PLN after tax (circa $930 USD). Both demos were packed, but I could only imagine what it felt like. The closest I could come to empathising was when I went to my first motor show, as a destitute student, marvelling at Ferraris I could never afford. And which I still cannot.

Regardless of the disparity, Adam Mokrzycki, organiser of the Warsaw’s magnificent Audio Video Show, proved to be a genius by filling his show with what I can only imagine are regular citizens. His hi-fi event is now the second-largest in Europe, surpassed only by the Munich show, and in this respect it is a reminder not of Poland’s difficult past but of our own coddled history: I haven’t seen crowds so enthusiastic or mixed (yes: women, children, and audiophiles under 50) since the late 1990s.

What he didn’t prepare me for, however, is the East-West dichotomy, and how he transcends this to produce a show that even the USA and the UK cannot hope to match. My own suspicions, confirmed by local distributors, led to one notion: the Poles are neither jaded by nor bored with hi-fi like the rest of the world. To them, it is new and exciting, and it speaks especially to a fervent national love for music. 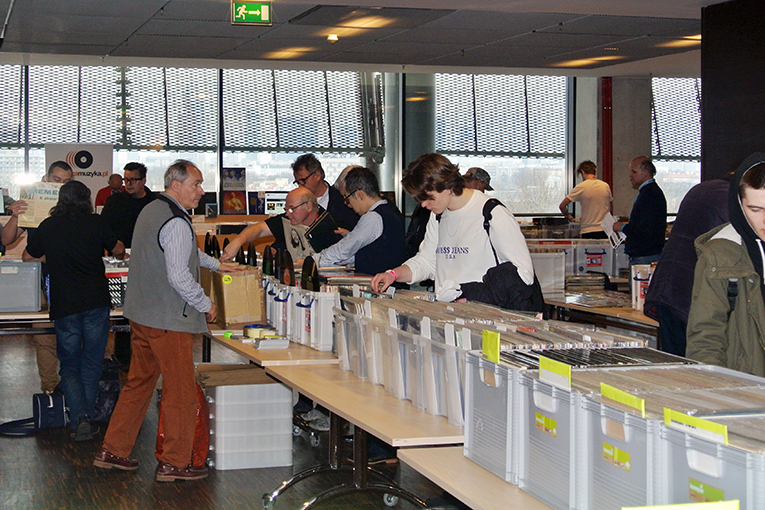 Even if the majority of those who attended were there just out of curiosity, what I couldn’t wrap my head around was the presence of so much vinyl, especially after I was told of the hi-fi legacy of modern Poles. Unlike Western Europeans, North Americans, and other territories where vinyl is being rediscovered, old turntables are being fired up again, and those who didn’t give away their collections are counting their blessings, this was not the case in Poland.

I was told that, prior to Poland throwing off the shackles of Moscow, music meant state radio. If you owned a record player, it was Polish-made, and one had access only to Polish labels. 2019 marks 30 years of free Poland, but it will probably take another generation for the gap to close economically. That said, activity in the record sales rooms was feverish, and there were stands in both the Radisson Blu Sobieski hotel and at the National Stadium easily surpassing the amount of vinyl for sale at any hi-fi show I’ve been to . . . ever. 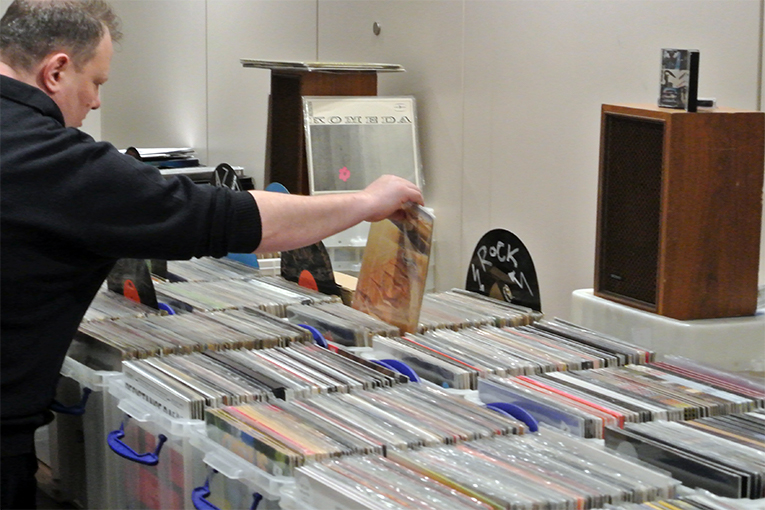 One colleague from the UK loved it because he discovered “all sorts of cool Polish rockers and folksingers” from the pre-1989 period. He left with purse emptied by a sizable amount when he found an as-new first edition of Sgt. Pepper’s, a super-rare Spencer Davis Group LP, and others with price tags more akin to those found in US specialist shops.

But I was lucky, too: my presentation theme was the survival of vinyl, and I went into it not knowing what the audience knew, desired, or could afford. Using a half-dozen titles from Mobile Fidelity, on a TechDAS Air Force III Premium turntable, SAT tonearm, and other dreamware, I spoke of vinyl’s deserved longevity and sonic excellence. I needn’t have worried. The audience “got it” on every level.

I only wish they could enjoy the same sounds at home.