As I write this, the 2019 Consumer Electronics Show is only three weeks away -- or a week after this goes online. I look forward to it not with dread, as I did last year’s, but with sadness. Clichés spring to mind: “How the mighty are fallen!” “Pride comes before a fall!” and “You can’t argue with stupid!” The demise of the high end at CES is nigh, and it is a scandal. And it is self-inflicted.

I’m neither a religious soul who believes that the world was created in seven days, nor am I convinced by the Big Bang theory.* That said, I do find the concept of evolution, if not the origins of life, to be logical, plausible, and useful in trying to figure out how our beloved high-end audio industry’s presence in Las Vegas plummeted in under a decade from over 1000 brands to under 40. (My apologies if you supported the other side in the Scopes Monkey Trial.)

It’s like this: all types of bricks-and-mortar retailers are vanishing because of the convenience and price reductions afforded by online shopping. They’re irresistible to the majority of customers. As much as one wants to see traditional retailing survive, the e-commerce juggernaut is crushing all before it, and its total conquest is inevitable. Sadly, one of the industries that most requires face-to-face selling, and whose customer base most benefits from it, is hi-fi, but hi-fi retailers were on terminal decline long before online sales hammered more nails in their coffins. 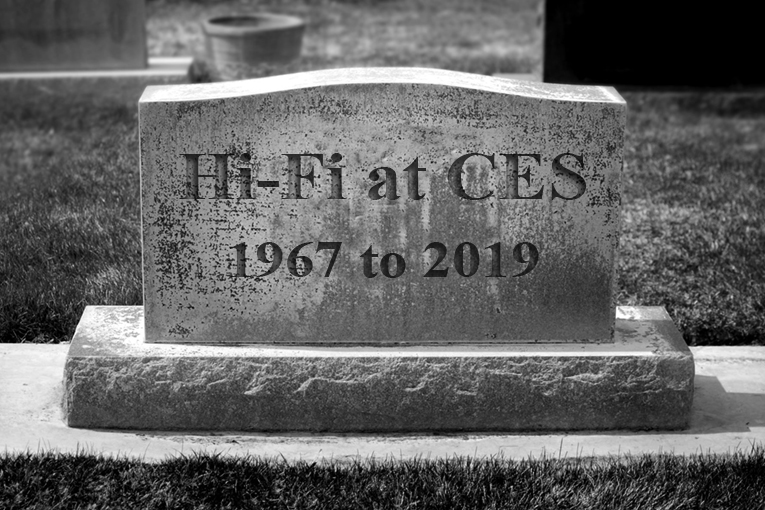 Most of the problems were self-inflicted, and cannot be blamed entirely on the move by whole generations away from separates to earbuds and tablets and phones, but I’m not wasting any more wordage on the real issue: how high-end audio vendors failed to emulate the sellers of other luxury wares. Whatever the actual state of hi-fi retailing in the 2010s, the reduction in the number of stores isn’t merely revealing: it’s horrifying.

Ironically, there doesn’t seem to be a drop in the number of manufacturers, which prompts a number of questions. Who’s buying all this stuff? Where is it sold? And if the number of brands is the same as in 2008, why are only 20 or 30 prepared to commit to exhibiting at CES?

It is, to use another of my favourite clichés, a “perfect storm” of numerous, mixed forces, and not all of the causes are generated by the audio industry itself. In many ways the hi-fi companies are victims -- e.g., they’re not entirely responsible for hi-fi’s lack of appeal to under-40s (some would say under-50s). But the blame should be shared.

Rather than pretend that I’m some wizard business analyst, I will simply list the myriad causes for the demise of the high end at CES. These are based not on my imagination or speculation, but on what I’ve heard from both remaining and former exhibitors, and persons who work for or with the CTA (Consumer Technology Association):

1) CES has changed so much that it’s only of value if you’re hawking drones, flat-screen TVs, headphones, or voice-activated crap.

2) High-end audio is now so niche that its entire global turnover is less than a middling watch brand, and CES is not the ideal venue for niche products.

3) CTA is tired of pandering to whingeing audiophile exhibitors who bitch about sound quality (and I agree, because anyone who goes to a show to assess the sound of a new component is an idiot).

4) The hotels hate the way audio brands damage the rooms.

5) The high-end brands are bad payers.

6) CES is too costly for small specialists.

7) The Munich High End show (and the up-and-coming Warsaw show) attract so many trade visitors that there’s no value in showing at CES.

There are other reasons, but these are enough to give you some idea as to why we have reached this impasse. And it’s not reversible, from what I gather, especially because of reason no. 7 above. (If it’s any consolation, the same has happened to the far healthier and wealthier watch industry and its trade fairs, but the Swiss have reacted swiftly, and they may have been able to go from threat to pending demise to panic to resolution and recovery in four years.) 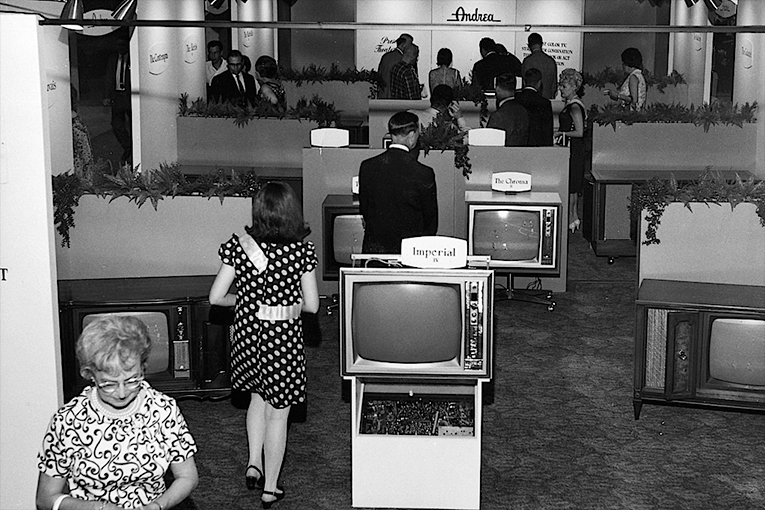 If CES is going to be such a complete washout, why am I attending? It’s a mix of reasons, like the high end’s demise, the main ones being a guilty-pleasure love of Las Vegas and the last opportunity to say goodbye to friends I may never see again. I will cover the lone corridor of but one floor at the Venetian. It will take me less than a half-day. It will be -- absolutely -- my final CES, after 35 years. But my mourning for the passing of what was once a great annual hi-fi occasion will stick with me to the end of my days.

*Which I am even less pre-disposed toward accepting, as it is in part responsible for the worst sitcom -- or should that be shitcom -- in TV history.