Will the CD Make a Comeback?

While I have no idea what the quotidian existence is for my fellow audio scribes, I seem to have a lot of traffic through my listening room. Most obviously, there are visits from manufacturers delivering, installing, and then collecting review equipment, but there’s also a steady flow of “civilians.” That is not a pejorative term; it’s merely my way of identifying people not employed in the hi-fi business who drop by, and that includes a number of friends, audiophiles, or acquaintances eager to hear a high-end system.

Of late, the traffic has increased because I’ve become hyperactive in my championing of reel-to-reel tape, so assorted fellow travellers have flocked to the listening room, among them my service guy (who shall remain anonymous), Andy Whittle of Rogers LS3/5A fame, and Dave Denyer, aka the Reel-to-Reel Rambler. Then there are the “normal” people whom I know from my other career, and who are simply curious about what occupies my time away from watch journalism.

After demonstrating open reel’s irrefutable superiority to all other forms of music storage and playback, followed by some LPs which admittedly were nearly as good as tape, one non-audio-savvy visitor threw out a question from leftfield which I hadn’t considered -- ever. Looking around at my walls full of vinyl and CDs, roughly sharing the room 50/50, she asked, “Will CDs make a comeback, too?” And that pure and innocent, agenda-free, apolitical query stopped me dead in my tracks. 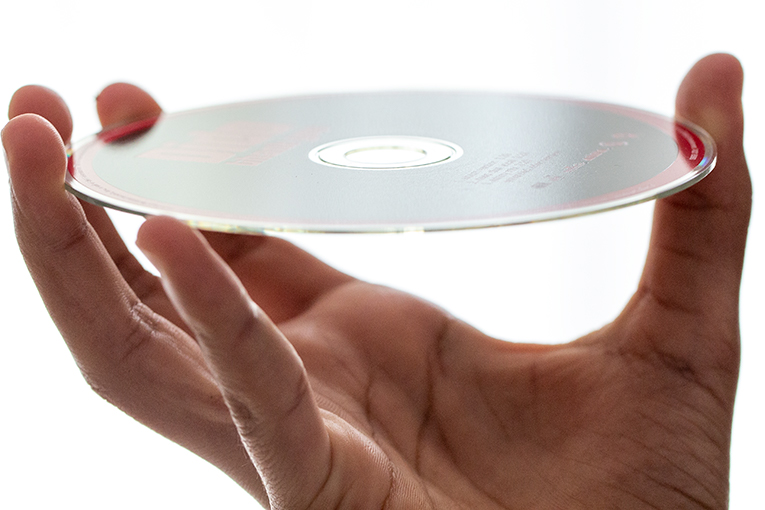 It’s not that I had abandoned the compact disc, and I am as obsessed with its superlative cousin, SACD (officially “The Most Underappreciated Format Ever After ElcasetTM”), as I am fixated on reel-to-reel. Moreover, I recently had my Ken Ishiwata-modified Marantz CD12/DA12 serviced, this 30-year-old, two-chassis player still delivering some of the finest sounds possible from “Red Book” CDs. It reminded me of how good CDs can sound when all is well with the world, though few analogue-über-alles audio gurus care to admit as such for fearing of seeming traitorous.

It also occurred to me, lost as I have been in my open-reel reverie, that just prior to my friend’s question about CD’s future, and increasing my usage of CDs, I had reviewed an MSB DAC. I bought a Mytek Brooklyn DAC+ last year as my permanent reference, which takes a feed off the DA12. I own a circa-2003 Marantz SACD/CD/DVD “universal” player. This week, I learned that a dCS transport-DAC combination is on its way to me for assessment.

Then there’s my real reason for playing discs: the music which is only available in that format. For roughly 25 years, from 1983 until the mid-2000s, CD was the dominant sales vehicle for music, and there were countless albums released as CDs during that period which never enjoyed a vinyl incarnation. 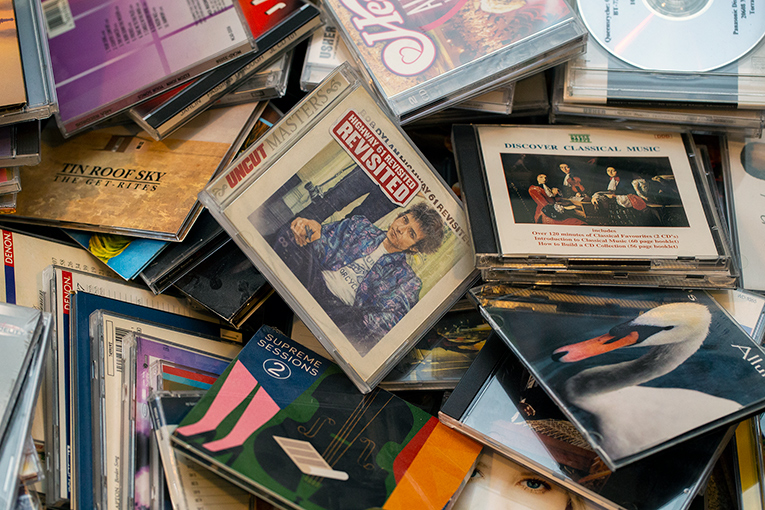 It’s still the case. I recently purchased the 15-disc set of Japanese-made Beatles CDs/DVD-As -- the definitely un-kosher “Audiophile Master Collection” -- online. I also dug deep for the (legit) ten-CD Woodstock box set, Lennon’s Imagine, and the Beatles’ White Album on both vinyl and CD, the Band’s Music From Big Pink, and too many others with choice material -- usually extras such as outtakes -- not on the corresponding LP sets.

More prosaically, I use CDs in the car because I think radio in the UK is fundamentally shit, and I have thousands of the things. So, yeah, I still use CD, and for me, well, it’s never gone away. But I understand her curiosity, especially as she came of age after the 1980s/1990s demise of vinyl.

Of the three format revivals currently underway, each has a unique demographic, and CD will need to find one if it is to slow its inexorable slide into obsolescence. Taking each one, the LP revival is the biggest, and for a “perfect storm” of conditions: Used LPs are plentiful and still cost-effective. E.g., I bought three absolutely mint record-label sampler “audiophile” compilations last month for £1.50 in a charity shop, and one of those was a three-LP box set. Crucially, turntables have never gone out of production, so newcomers need not risk the minefield that is second-hand hardware, and you can get a decent turntable for under $200. 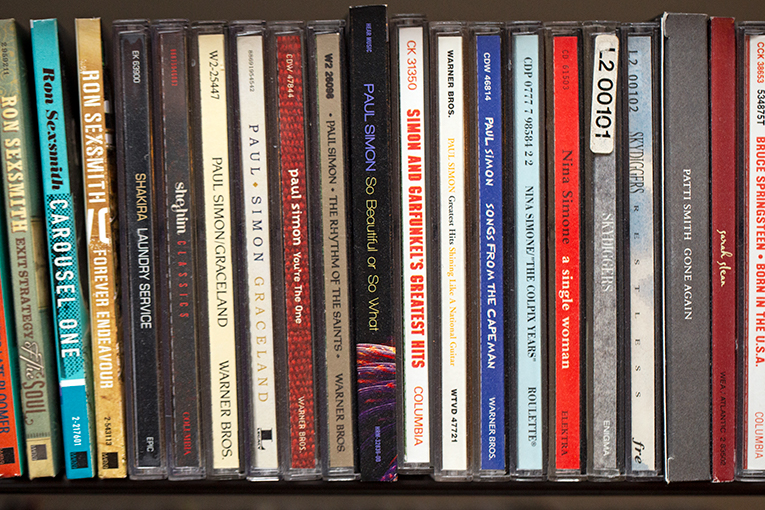 New vinyl, too, is plentiful, and you can find things like fresh pressings of Nick Drake, Nina Simone, Glen Campbell, and others for under £10 in British stores such as HMV. Other elements in vinyl’s favour are ease of use, the appeal of the artwork, and an ineffable cool that has made LPs tempting even to post-millennials. In essence, the ubiquity and cost-effectiveness, combined with hipness, have given LPs a market that ranges from pre-teens to hoary, old audiophiles and normal people on a nostalgia trip.

Cassettes are enjoying revival with less potential than that of LPs, but thanks to Guardians of the Galaxy and the way it impressed upon a new generation the joys of the “mix tape,” as well as artists like Kylie Minogue and others who have issued brand-new releases on cassettes, there is a revival of sorts. Add in the affordability of secondhand cassette decks, current-production portables (many with USB for transferring tapes to PCs), and one can surmise that cassettes will enjoy a less universal but still commercially viable revival.

Reel-to-reel? Forever a niche product, as buying old tapes is a gamble, there’s only one new machine on the market and it costs a fortune, the world is awash with second-hand tape decks but few who can service them, etc, etc. Reel-to-reel is thus the equivalent of owning and operating an analogue film camera or a vintage car: doable but requiring the sort of commitment that weeds out wusses.

Then we get to CD. It has every one of the above virtues, and CD players can be found new for under $30. Unlike vinyl, you can tell if a used CD has been rendered unplayable just by looking at it, so secondhand is even more appealing than for records. As charity shops in the UK are flooded with CDs, and this must apply elsewhere, you can find all manner of them for 50 pence apiece (62 cents in the US at today’s rate). And who needs used? Brand-new ones are sold on Amazon for under £10, so the once-prohibitively-expensive format has become comically cost-effective. 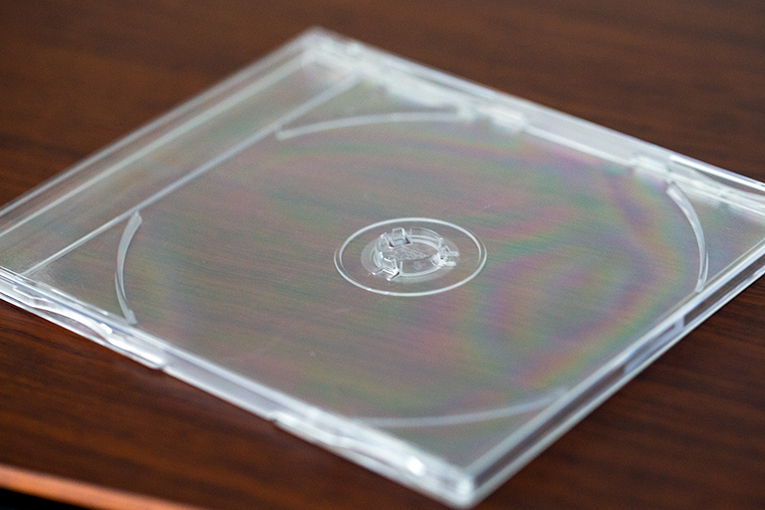 As for the downside, CDs suffer the absolutely worst packaging ever, and I curse the schmuck who designed the jewel box. They are uncool for myriad reasons, the booklets can be impossible to read, and lavish artwork has to be compromised to fit. They can sound dire unless you have a high-end playback system. And above all, as far as the present is concerned, familiarity breeds contempt.

To answer her question, will CDs enjoy a comeback? Ask me again, after they’ve actually gone away. In the meantime, slip one into your system, leave your prejudices outside, and give them a listen. You might even be pleasantly surprised.