Some years ago, in an interview I gave to a magazine in Hungary (I think), I said that the Vinyl Revolution would never grow beyond that of a cult, albeit a fair-sized one. I am pleased to stand corrected, as mid-September 2020 saw an announcement that must have had my colleague Michael Fremer punching the air and shouting, “I told you so!” Apparently, LPs outsold CDs in the USA for the first time in more than a quarter-century.

While I, too, am happy about this development, if not quite enjoying Mikey’s multiple orgasms, I am slightly dismayed about the implicit denigration of the compact disc, which -- though it was hardly the salvation of audio by those who foolishly deemed it “perfect sound, forever” back in 1982 -- was never as awful as it was portrayed. Moreover, it is, I believe, the last commercially realised uncompressed format. As someone with absolutely no interest whatsoever in non-physical storage media, streaming, or any other form of music accessible in cyberspace, I’m wondering if the CD truly deserves its pending demise.* 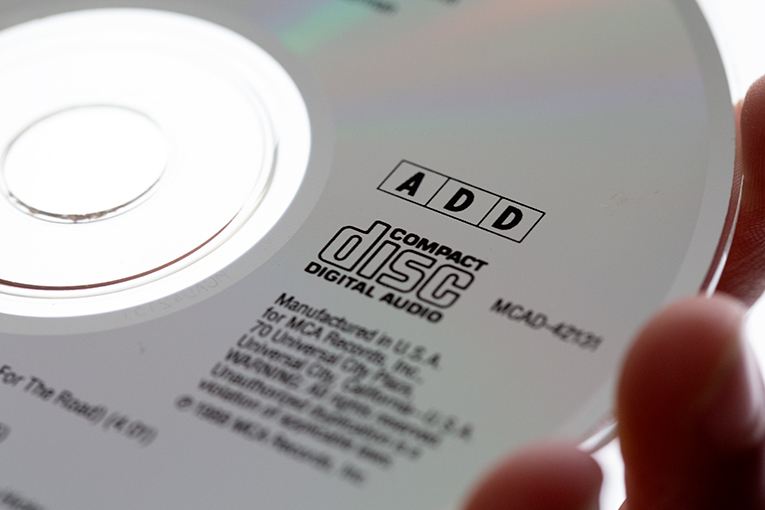 Let’s get something clear before I hear shouts of “Judas!” or “Hypocrite!” or “Turncoat!” or simply “Asshole!” My preferred music format is the second-most awkward of all after 8-track: I live for open-reel tape, despite it being hampered by the need to acquire pre-owned, pre-1980, pre-recorded material, or splashing out for new tapes which cost $300+ for music primarily by artists of whom you’ve never heard. Available repertoire is thus limited.

My main source remains vinyl, especially when reviewing amps, speakers, and headphones. When it comes to listening for pleasure, I go with whatever suits at that moment. Hence, I listen only to radio (FM, never DAB) while in the car or kitchen, CDs or open-reel tape at my desk. Which must be re-stated: as both a reviewer as well as music lover, I use CD just about everywhere, from desk to car.

Which brings us to its first undeniable virtue. Although clearly not as convenient as streaming or digital radio or anything else which has no physical form, CDs work in all manner of portable device and in just about any type of disc transport you can name. Unlike the equally handy compact music cassette, it is less likely to fail, too; older music lovers might still suffer nightmares about their favorite cassettes unspooling in their car or boombox.

Its second virtue is that the compact disc lives up to its name, in that roughly four CDs occupy the same amount of space (that is, physical, shelf-consuming volume) as one thick-sleeved LP, or slightly less than a gatefold LP. Virtue No. 3? CDs do truly offer deathly background silence, as do all digital sources. No. 4, they have ultra-convenient track accessing and programming. No. 5, they are less easy to damage than LPs. And No. 6, they have yet to decompose.

[Note: in the mid-to-late 1980s, there was a now-notorious batch of CDs from a specific pressing plant which had issues with either the substrate material or the protective layer, and the discs from that short, immediately contained misadventure swiftly corroded, turning coppery or muddy-looking. Amusingly, I believe they still played.] 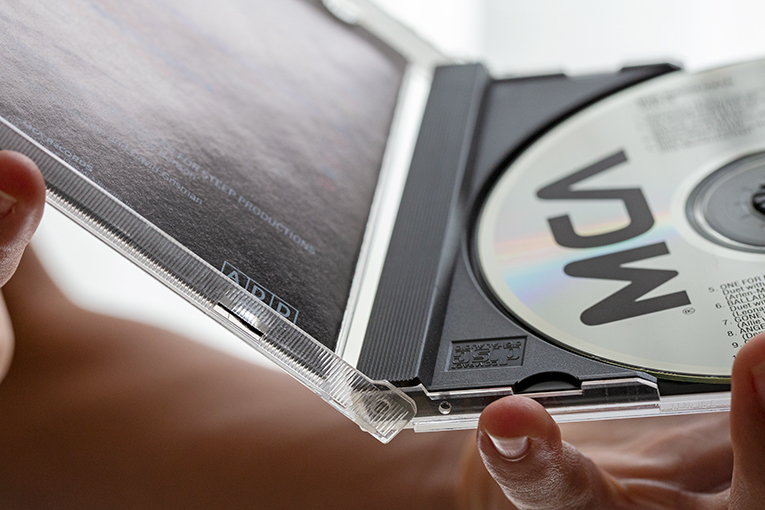 Downsides, though, are nearly as numerous, and that’s before getting to the sound. The first is that the CD jewel box is one of the worst industrial designs ever, as lousy, incompetent, and downright horrible a form of packaging as I have ever seen. Its designers and those who approved it deserve their own level in hell, just above lawyers and advertising salespersons. As long ago as 1985, I had friends in record retailing who bemoaned the sheer quantity of CDs which arrived with cracked cases, all of which had to be replaced at the stores’ cost. Jewel boxes truly suck.

[Another note: of late, you might have observed, the cardboard digipack, both those with internal plastic claws and the ones that are exactly like mini-LP sleeves, have appeared more and more frequently, while labels like Mobile Fidelity long ago abandoned jewel cases and have championed mini-gatefold card sleeves.] 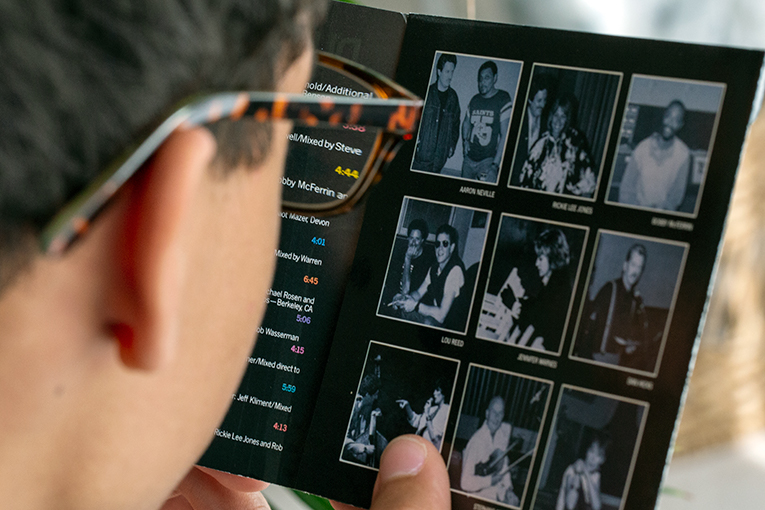 Even certain types of digipacks have constructional issues unless, like Mobile Fidelity’s, they are all-card mini-sleeves. Raise your hands, all of you who have CDs which came in the aforementioned digipacks in which the plastic “claws” that hold the disc have broken and cannot be replaced, so the CD slips out precisely when you don’t want it to. I wasted many an hour trying to glue the tiny claws back in place.

Crucially, we now get to the sound. It’s easy to forget that the main decriers of CDs were turntable manufacturers with the most to lose, and who ended up producing CD players and other digital hardware without expressing even a modicum of shame. As the saying goes, there’s nobody more self-righteous than a reformed hooker.

Belatedly branding these manufacturers as the hypocrites they are is fruitless, as they will say that they were forced into CD player production, or they were merely being commercially savvy realists/pragmatists. But some of us remember the rubbish they spouted, like “CDs cause cancer,” which is no different than the idiots who say that Corona beer or 5G telephone networks cause COVID-19. Their negativity did nothing more than delay the format’s evolution.

Conversely, those hi-fi makers who heard CD’s flaws and realised that it wasn’t going to go away like Elcaset or 8-track because of the music industry’s support, did their best to obviate them. Ultimately, because of companies like Marantz, Krell, California Audio Labs, Theta, Meridian, and others, CD ended up listenable at the very least. Additionally, some CDs and SACDs are so impressive that even the most militant of the anti-digital brigade (and I flirt with that stance more often than not) have to acknowledge their worth. 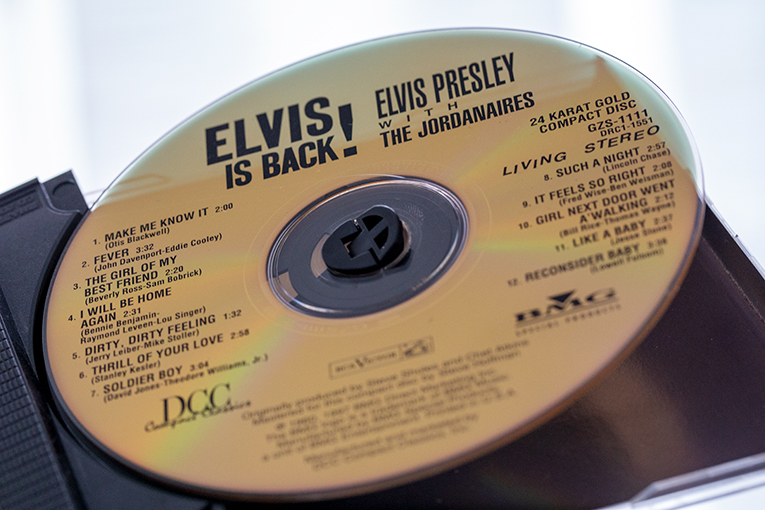 Leaving aside albums only ever issued on CD (and there are myriad titles), which we may never hear as LPs, there are numerous discs with simply glorious sound, and I don’t just mean audiophile-label productions; SACD, SHM-CD, or Blu-ray Disc releases; gold CDs; or other apparent departures from “Red Book” specification. I will put up Lou Rawls’s At Last, originally CD-only, on Blue Note from around 1990, against any jazz or soul vocals album, and many of the latest anniversary specials, not least the Band’s and the Beatles’ most recent box sets, are magnificently “musical.”

As the coffin lid -- or should that be jewel box lid? -- slowly descends on CD, I must emphasize that I am not saying you will ever miss CD, but I will make an observation, if not quite a carved-in-granite prediction about the unforeseen consequences of the current move toward streaming. Those of you who will be around in 2050, and who by then might even have music fed directly to your synapses, as prophesied in science-fiction films, might probably stop to wonder, whatever happened to “sound quality”?

*How streaming services allow providers to shtup musicians financially is a topic for another day, written by a musician who’s been shtupped.