Formats Gone but Not Forgotten

You have to laugh: there’s an ad on TV in the UK plugging some financial app for people who want to invest in shares but are clearly too stupid to seek out a legitimate, accountable broker. Whatever. Anyway, the gist of the ad is that you wouldn’t ask your brother-in-law or bartender for stock market tips, and it shows some grubby-looking, beardy, unkempt schmuck suggesting one should invest in LaserDiscs to the far cooler-looking target of the advertisement. Chuckle? I almost fell off the sofa.

Mostly, though, I was impressed that whoever put together the ad even knew about LaserDisc, which had zero impact in the UK. If anything, it was almost as big a failure as Elcaset (but Elcaset was a superbly performing medium—it just wasn’t needed). The result of being reminded of LaserDisc was one of those occasional reveries where I mused about the myriad dead formats that somehow managed to convince major brands to get involved. 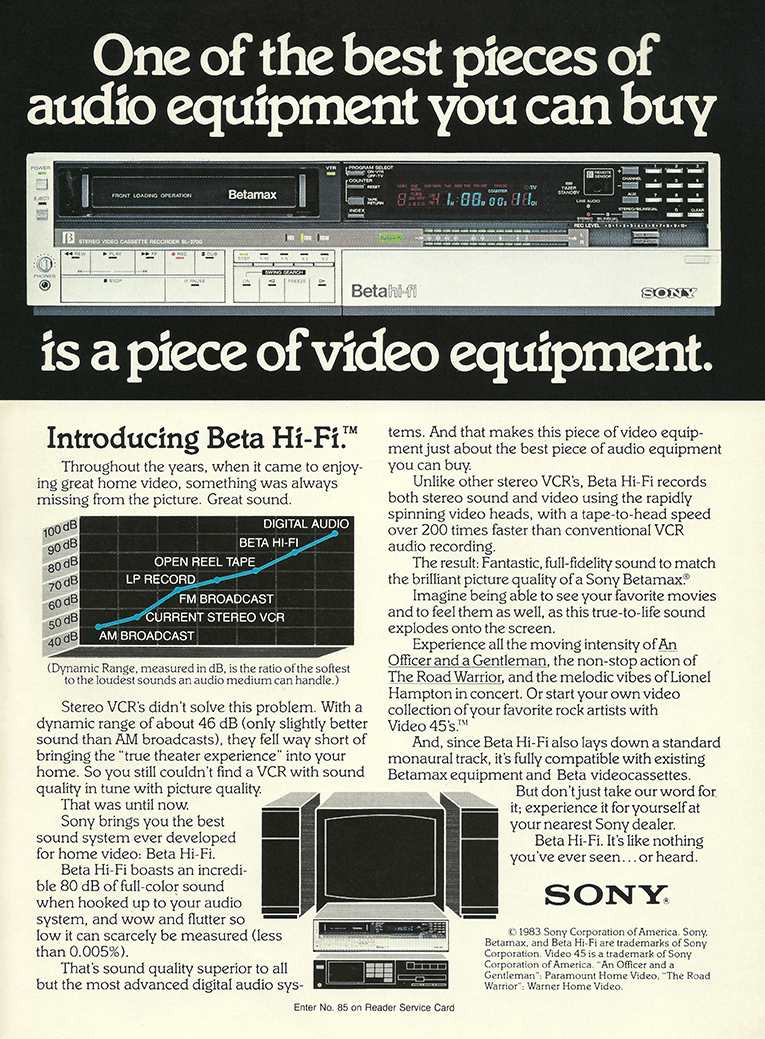 My main stupidity was buying into Betamax when it still looked like it had a future. It didn’t. I also owned LaserDiscs and two players, now in the collection of a serious enthusiast, but pretty much everything else is useable, meaning that I resisted all the odd digital tape and non-CD-compatible discs. But I wouldn’t mind finding those little floppy vinyl Hip Pocket Records or PocketDiscs—the Beatles titles must be worth a small fortune.

Just rattling off the doomed quadraphonic LP formats alone is enough to make me dizzy. When that madness arrived, I was just entering retail up in Bangor, Maine, and we knew from the outset that the only way you could get four discrete channels in the pre-digital era was via open-reel tape. Any four-track machine could do it, but even so, “quad” open-reel tapes were not a gigantic success. I have two or three—one with the normal stereo version—so one day I might have to find a four-track machine so I can play them through my home cinema. 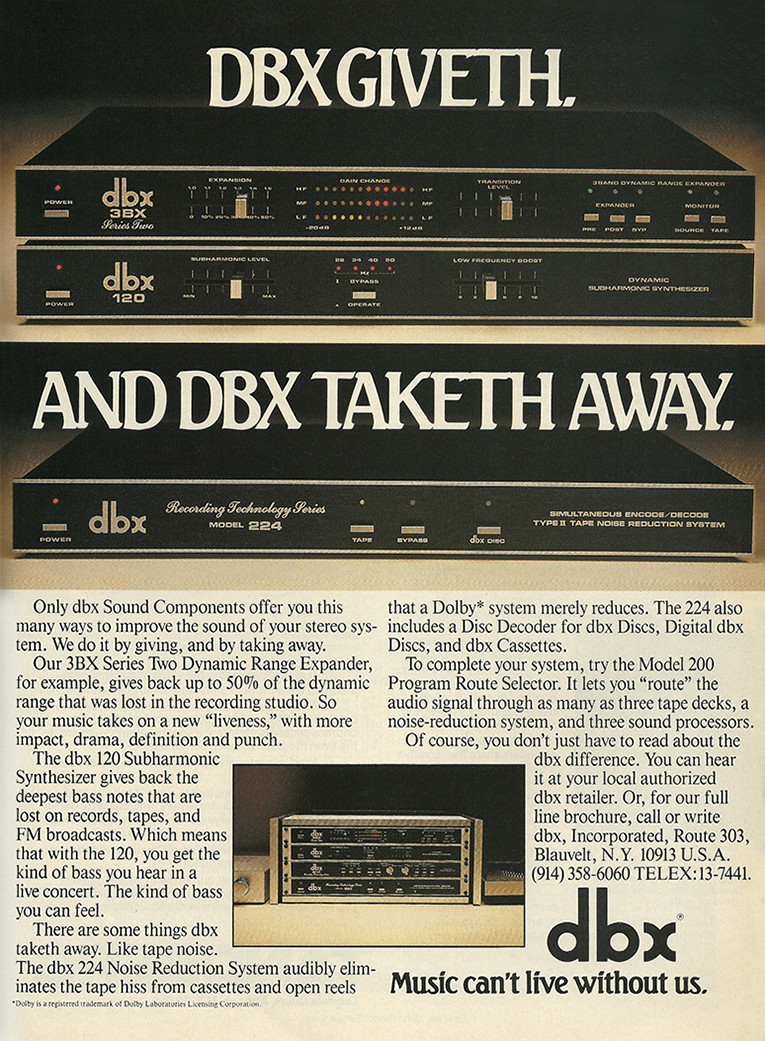 Amusingly, the material lives on. Vocalion Records in the UK has reissued a slew of titles from that era on SACD with both stereo and original quad mixes compatible with 5.1, while many of the multi-disc anniversary box sets flooding the market include them on bonus discs (e.g., the Jethro Tull reissues) if they are of that era. The irony is that it has taken around 50 years for people to hear them properly—unless they had four-channel reel-to-reel tape.

Anyway, I recalled a Sansui receiver left at my house by a friend who emigrated, and it had at least three settings. For extracting four-channel surround sound not requiring encoded discs, there was the easy way out: David Hafler’s Dynaquad device, which played with ambience. The true quadrophile, however, needed decoders to address Sansui’s QS, Columbia’s SQ, BBC’s own Matrix H for FM broadcasts, Electro-Voice’s EV4, the aforementioned Q4 on open-reel tape, 8-track’s Q8, CD-4 (aka Quadradisc) from JVC and RCA, UD-4 from Denon, and no doubt others. Ambisonic was one of the better ones, and I recall hearing Holophonics, while original JVC Binaural was the best of all, yielding more pleasure from two channels than any of the quadrophonic types. 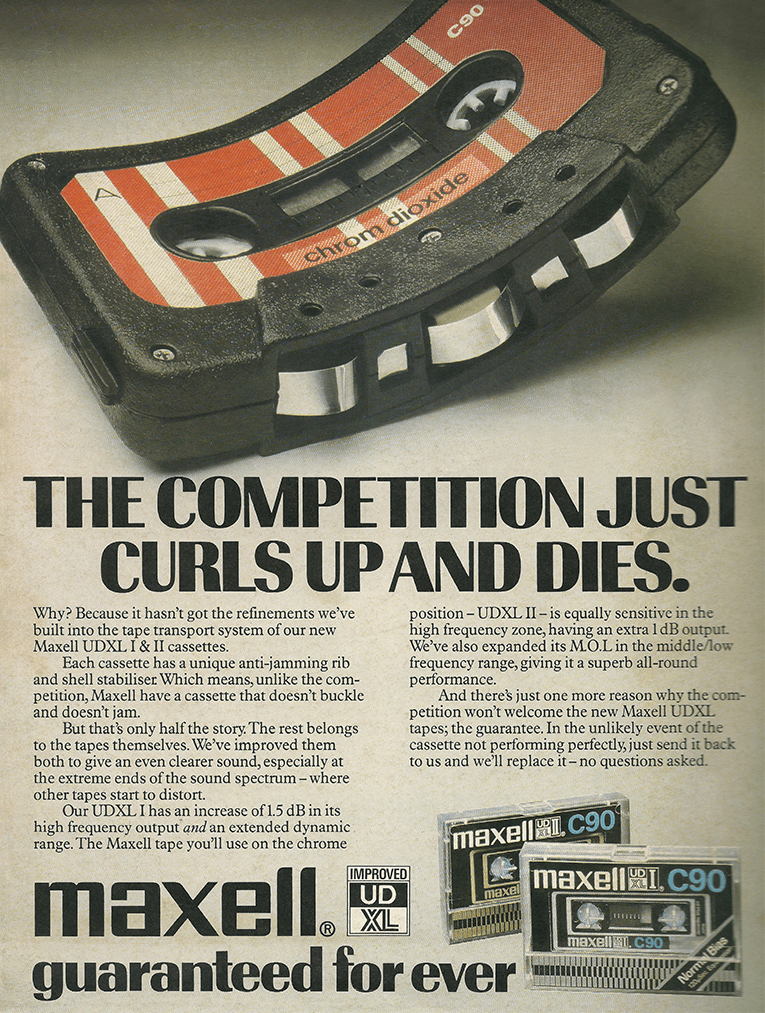 As for tapes and home recording, where to begin? Wire recording, perhaps? I briefly owned an EMI device that recorded onto 12″ discs, made from material just like that in the old floppy discs, with a parallel-tracking arm for the record head, but I think that must have been non-commercial. Not so the Gramdeck, a typically eccentric British invention which converted a record player into a tape recorder. You plopped this diamond-shaped platform over the spindle, an idler wheel making contact with the platter’s edge. Oddly, it worked. Or, should I say, it worked oddly.

My contempt for 8-track far exceeded my lack of respect for cassettes, but in both cases it was because of the unreliability rather than the sound or a dearth of pre-recorded material; both formats were well-supported by the record labels. 8-track today is the preserve of the perverse, but cassettes are enjoying a minor comeback. MiniDisc has a cult following, as does DAT; the machines and blanks are snapped up in seconds when they appear at the Tonbridge Audiojumble in the UK. 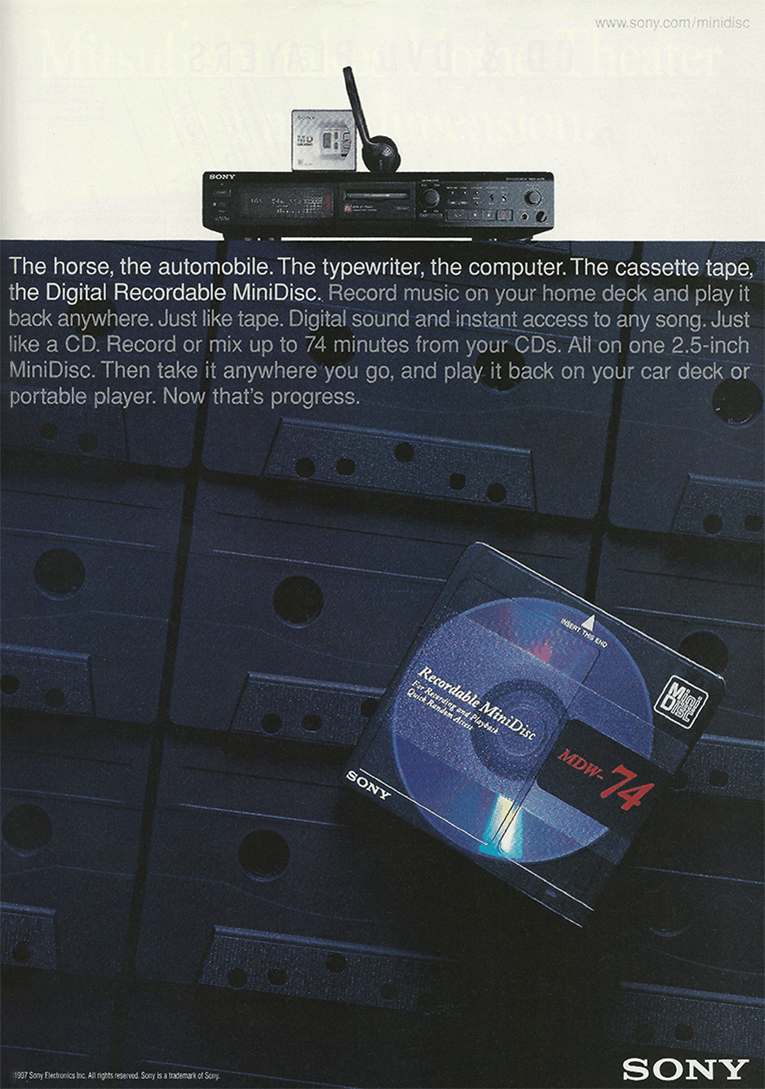 As for LaserDisc and the weird RCA Capacitance Electronic Disc, the doomed rival with a stylus, there are serious collectors of both, and for myriad reasons. There are those who will argue that LaserDiscs have better sound, for example, than DVD or Blu-ray, but then there are always contrary types who will defend anything—even 8-track. I know collectors of 78s, especially those which pre-date electronic recording, because they argue that they are closer to the performer. OK, you keep telling yourself that.

We all have our fetishes, I suppose, and when I meet MiniDisc or DAT collectors at the aforementioned fair, I do not judge—any more than I expect to be regarded as a crank for my obsession with open-reel tape, and greater authorities than I will ever be can prove technically and scientifically that it will always outperform the LP. But that can of bees has been stirred up, and I will leave it to vinyl junkies to carry on in denial. 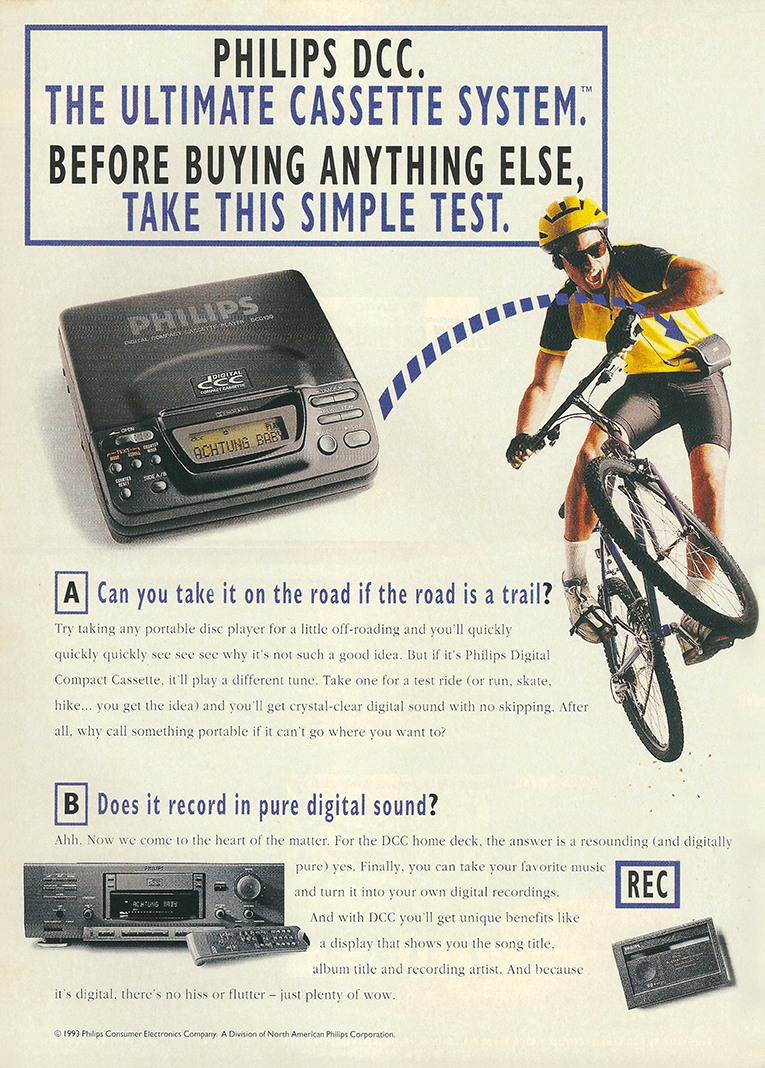 If all of this seems an indictment of the home entertainment industry, of its cynicism and opportunism, there is one other field which makes it look cautious and responsible. During lockdown, while cleaning out the usual boxes of detritus, I came across my old computer software and accessories, dating back to the late 1980s. None are now useable. And yet one can still play CDs, DVDs, LPs, and even cassettes of similar vintage. Score one for the audio and video industry.

To my horror, but to the delight of a computer geek I know who loves this obsolete crap, I found 300 or 400 3.5″ floppy discs; a similar number of CD-ROMs; loads of stupid, incompatible tape backup systems long ago replaced with USB thumb drives of many-gigabyte capacity; non-usable scanners and printers; etc. My ultimate realization? Compared to the computer industry, hi-fi manufacturers have been models of reserve—and of concern for the customer.