After last month’s wander down the Format Memory Lane and my continued bleating about open-reel tape, many of you might assume that I am a dyed-in-the-wool Luddite, but that is not the case. Yes, I champion tubes, vinyl, and open-reel, as well as the 45-year-old BBC LS3/5A, Decca cartridges, Quad Electrostatics, and other hoary, venerable items, but my work demands that I use current, up-to-the-minute equipment for reviewing, while I adore SACD and do not write with a quill. No, my issue is with streaming.

Harvey Rosenberg, late of New York Audio Labs / Moscode, whom we lost too young and who was one of high-end audio’s most sharp-eyed eccentrics, once told me it was better to go through life hated than ignored; he was channelling Oscar Wilde’s observation that the only thing worse than being talked about was not being talked about. On a personal level, I have no worries of that, as I know of numerous enemies. As for streaming, I can’t even be bothered to dignify it by hating it.

Rather, I prefer to disrespect it with the ultimate insult: I couldn’t care less about it. I find it even less interesting than DAB. Indeed, when suffering insomnia, I think of streaming. Then, when I invariably wake up at 3 a.m., being of pensioner age, streaming is exactly what I do. In the loo. 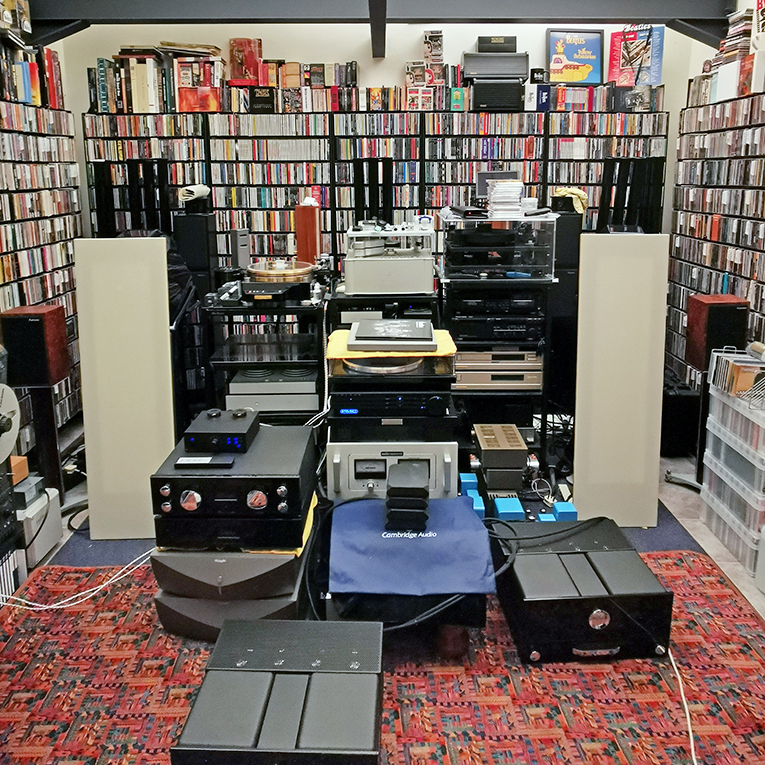 My preference for physical media and their superior sound is, of course, open to debate, and there are those among you who will swear that the latest streamers and high-resolution downloads are better than eating foie gras off the tummy of your lover.* Fine—I won’t argue with you. But streaming for me is an indicator of how every time the audio industry prioritises convenience or cost savings, it sacrifices sonic merit.

Let me illustrate: imagine that there is a square diagram of “Formats vs. Sound Quality” cut into quadrants. In the upper right corner will be 1″ and 2″ analogue master tape. (Argue that all you like, but I am not about to turn this into a digital-vs.-analogue diatribe, and the world’s best mastering geniuses will back me up.) In the diagonally opposite corner will be MP3 or the current holder for worst digital product. Roughly in the middle might be cassettes, with the LP in between cassettes and open-reel. CD will sit somewhere in the lower left quadrant, etc.

Now change the diagram to “Formats vs. Convenience.” It would completely reverse the above. Reel-to-reel is the biggest pain in the tush to use, and streaming is by far the most user-friendly. But at what price? 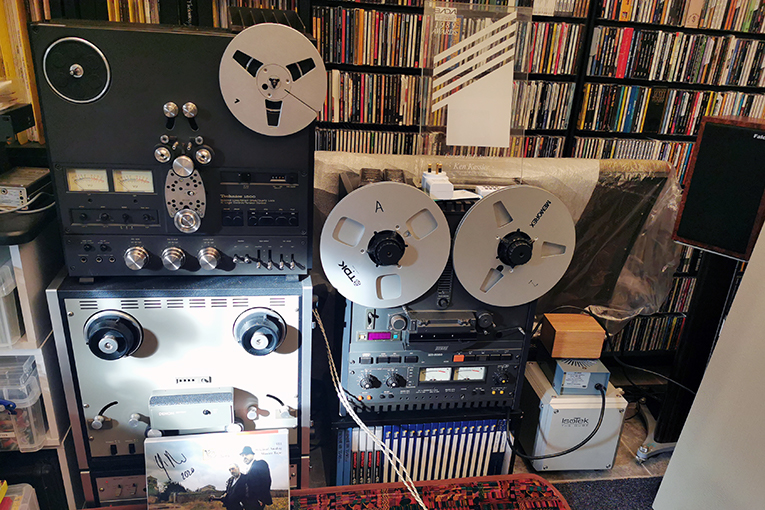 I will be the first person to stand up and shout that there is no more handy way of listening to music than saying out loud, “Alexa, play the Prodigy’s ‘Smack My Bitch Up’” or whatever other offensive-by-any-measure-but-acceptable-to-the-woke garbage the terminally lazy prefer. I will wear a T-shirt proclaiming that “Streaming frees you of needing precious space for LP, CD, or tape storage,” admitting it’s a boon to apartment dwellers. I will get a tattoo that reads, “A 4TB USB Stick Will Hold All the Downloads You Could Ever Afford.” But I will never say they sound so good you’d want to forgo that foie gras.

This debate, however, will rage for as long as there are generational gaps, varied tastes, differing disposable incomes, divergent lifestyle priorities, or other determinants which forge our preferences. I am not of the age group that sits in front of a phone or laptop to watch a film while wearing nasty earbuds, eating pizza, and drinking Red Bull. I am not seduced by whatever is this year’s gaming hit. I do not listen to my fave tunes while riding a Peloton.

Clearly, I am NOT the target audience for streaming, let alone wireless/Bluetooth everything. I don’t want my fridge connected to the Internet of things. That’s a lifestyle choice. But there is something which transcends all of these variables, and that is the shoddy treatment of musicians by the streaming services. The selfsame holier-than-thou, woke generation which loves streaming because there is no environmentally unfriendly packaging for the music needs to stop ignoring this particular reality. If they could be bothered to investigate, they would dump streaming as quickly as an animal lover would turn vegan after seeing a slaughterhouse. 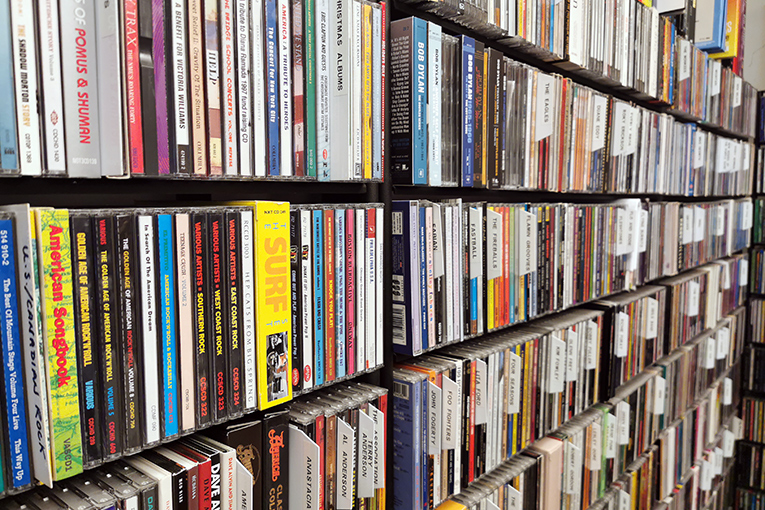 Last year, a lifestyle publication asked me to write a piece on how streaming has changed the music industry as much as it has changed listening habits. My research involved contacting a friend from a major rock act, now retired, who is a businessman who understands royalties. What he told me backed up Mick Jagger’s response when asked why the Stones still toured—over a decade ago when streaming was still young-ish. Not that he needs to work, but Jagger explained to a business publication that the era of making money from music sales was over and that concert ticket sales and merchandise were the only earners.

What really shocked me, though, came from Private Eye, the UK’s No. 1 investigative satire magazine (www.private-eye.co.uk). Its admirable track record for exposing nasty behaviour in all walks of life, especially politics, includes coverage of the music business. The magazine revealed in December 2020 that the UK’s Department of Digital, Culture, Media, and Sport was investigating the economics of streaming, and taking evidence from “musicians about how badly they are ripped off by the likes of Spotify” and other services. 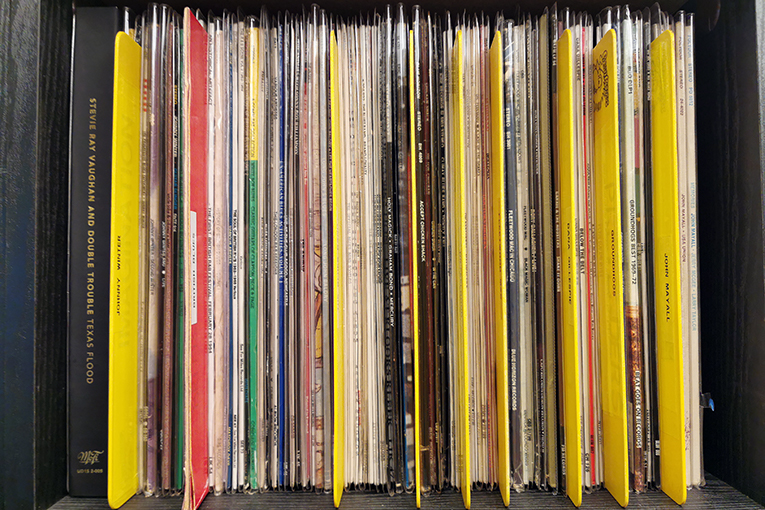 Here are some of the facts it cited: Streaming generated £1 billion ($1.35 billion) in the UK, “of which as little as 13 percent found its way to those making the music.” One composer created a loop that played one of his works over 1100 times on Spotify as an experiment; it earned him 87p ($1.18). A violinist showed that five million streams of one of her works on Spotify over six months paid her £12 ($16.32).

That’s what you’re dealing with when you stream. I know the record companies aren’t exactly generous when they pay an artist for an LP or CD sale, but it’s way more than what the performers get for a stream. Unless you’re an artist with the clout of Taylor Swift, who can negotiate a better deal, streaming is a form of cyber robbery. 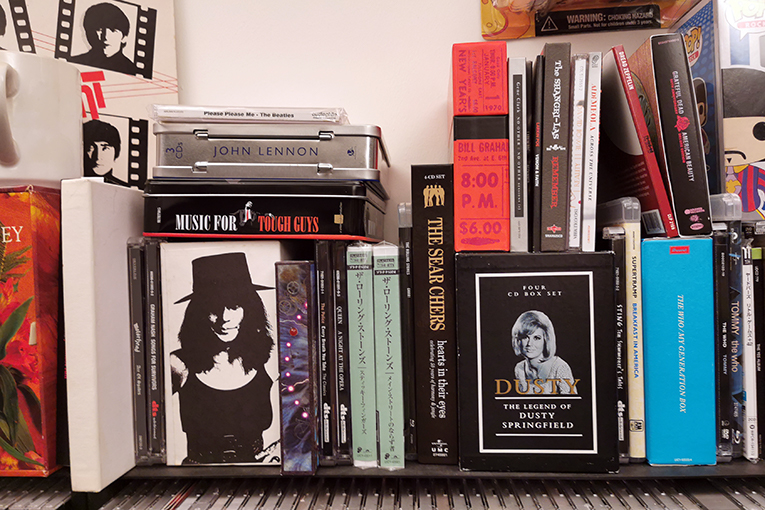 If you’re heartless and couldn’t give a toss about the musicians, so be it. If you revel in convenience and don’t mind sacrificing sonic merit, go for it. But surely you’re an audiophile, because you are checking out a site that does care about those things. If that’s not enough to make you think about the dynamic of streaming, then remember the audiophile who said, “Nobody ever asked to see your MP3 collection.” Or, for that matter, your streamer.

*Note: lover is a gender-, nationality-, religion-, sexual-preference-, and race-neutral noun, so spare me the hate mail unless you’re an incel—or a vegan who abhors the notion of foie gras.