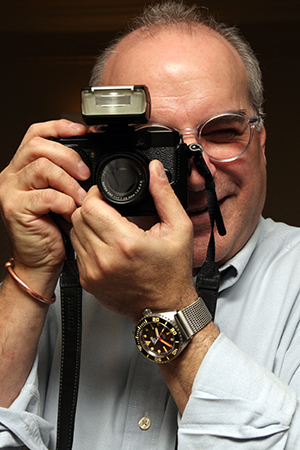 A conflicting mix of astonishment and resignation is all that I can muster about the storm-in-a-teacup that is the Beatles LP box set. Assorted sites have been buzzing with speculation, educated guessing, and some genuine factual explanations from those who bothered to contact the team behind the project. But the whole megillah is starting to wear on this aging Beatles fanatic.

I'm "astonished" because I'm both surprised and not a little bit pleased that anyone still gets worked up about the minutiae of Beatles reissues, even after we've had 50 years of EMI doing whatever they think is best, with the inevitable screw-ups. And screw up they do. This past October, did they not foul-up the anniversary reissue of the "Love Me Do" 45rpm single by releasing the wrong version? If they can't get a 7" single right . . .

As for "resignation," that's because the reactions are all so predictable, with the usual suspects from high-end audio and the music press whining and wailing and acting like they're Sherlock-effing-Holmes for uncovering what they deem is record-industry chicanery, bordering on high treason and child molestation. Everyone knew the LPs would be mastered from digital sources. Everyone knew they would have an inherent sonic disadvantage. And everyone knows the old audiophile joke: How many audiophiles does it take to change a light bulb? Three -- one to swap the bulbs and two to argue about the superiority of the original.

Ramp up the fodder by a factor of two for the self-proclaimed Beatles experts and sound connoisseurs: not one but two pressing plants (US and Germany, I believe) are producing the LPs, which means that the kvetchers can wallow in the inevitable "which one sounds better?" debate for years. Show of hands: who's actually bought both sets to compare side by side?

I purchased the US edition simply because, even after shipping to the UK, it cost nearly $100 less. That's it -- no other motive. Do I care about which pressing I have? Err, no, because I also own mint UK and US originals, the UK "blue box" from 30 years ago, the later wooden "sliding cover" black box, all of the Japanese pressings, the individual MoFi LPs and the box set, a UHQR Sgt. Pepper's, ad nauseam. I bought this because I'm an inveterate collector who "just had to have it." And I'm glad I did. 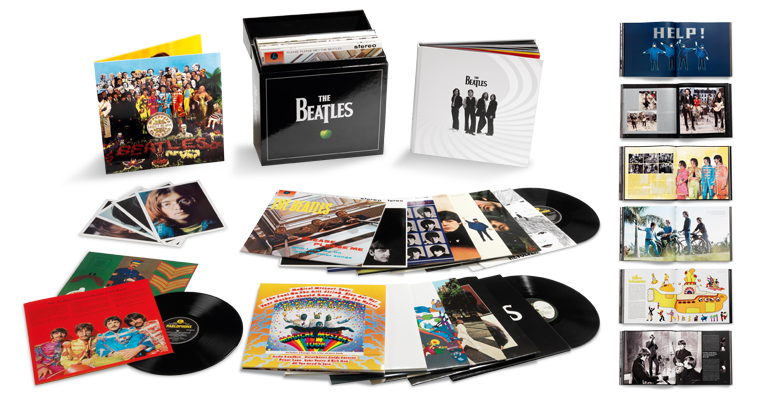 For starters, the packaging is magnificent -- once you get past the too-tight outer sleeve. Every LP has the correct sleeve and paper contents, with a couple having extras scaled up from the CDs. The sound? It is different, in the way that the US originals differ from their UK counterparts.

Fans will debate forever as to what is correct, especially if you hold fast to the notion that only the discs approved by the Beatles themselves -- meaning the mono originals, including EPs -- are the sole "true" pressings. But one can easily present a case for, say, the US mixes as being a pleasant alternative -- not a substitute.

This next bit, though, will offend the purists (Beatles/audio/whatever) among you: for me, the book contained in the set is worth the entire cost of the package. It is not only superbly written and gorgeous to behold, with fresh material and an inimitable air of authority; it's sublime from a bibliophile's viewpoint. It is an exemplar of the art of printing and binding. It may be the best book ever written about the Fab Four.

Word of warning: gird your loins for the same when the mono LP box set appears this year or next. Me? I own the UK mono "black box" concurrent with the stereo "blue box," every US mono LP up to and including Sgt. Pepper's, yada yada yada. But, yeah, I'll buy that, too. Even if it sucks.