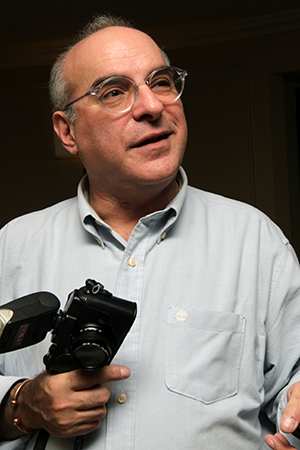 Despite a valve- and vinyl-loving persona, I have no fear of new tech, or new formats. Indeed, I've been "computerised" for more than 25 years, viz. looking at the "Dates Added" info in my Concert Vaults folder for my purchases from Wolfgang's Vault, I see that I have been buying music downloads, other than Amazon.com or iTunes offerings, since at least 2010.

Nowadays, downloads are more about sound quality than convenience as far as listeners of the audiophile tendency are concerned. The reason I subscribed to Wolfgang's Vault, however, was to have access not to high-resolution downloads, but for the material itself.

This site, with its Grateful Dead connections, provided me with amazing -- and above all, legitimate -- 1970s live sets from Bonnie Raitt, the J. Geils Band, Raspberries, James Taylor, and other faves. Given the live nature of the material, sound quality was all but secondary: I wanted to have copies of live gigs from that era, especially those that were a part of the same tours that I had attended.

Note: The site now appears to be selling only memorabilia; I'm not sure what happened to the concert downloads.

Along the way, but going back how far I don't recall, there have been countless "freebies" provided with CDs or LPs in the form of online-accessible bonuses, such as the high-resolution versions provided with the Paul McCartney Deluxe Edition Box Sets, or free downloads with vinyl or CD purchases from the Yep Roc label. Others have ranged from MP3 copies or "convenient" versions in other basic formats, such as the downloads one gets with Amazon's AutoRip facility, which provides free digital copies with certain CD purchases, up to 24-bit/192kHz bonuses, such as the aforementioned McCartney gifts. I've also downloaded rare bonus tracks from the Move, Nick Lowe, the Rolling Stones, and many other artists who feel so inclined. The latter tracks are usually accessed with a code you type in when you get to the site, as proof of purchase.

But that's by the by, and sound quality is secondary to rarity with the above. More relevant to the new high-resolution services is: have the now-plentiful 24-bit/96kHz or 24-bit/192kHz downloads changed my life? Do I use them as premium sources for my pleasure listening?

While I own an iPod and an Astell&Kern AK120 (and I have a Pono on the way thanks to my Kickstarter pledge), I state categorically that I use these devices solely when I'm in transit, either during flights or train journeys. The only time I use them in my home is when I'm reviewing headphones, hardware that requires the testing of Bluetooth, or USB DACs such as NAD's D 1050 DAC, and, more recently, Pro-Ject's unbelievable MaiA.

Not wishing to fly off-topic, I'll mention that MaiA (My Audiophile Integrated Amplifier) is the size of a small hardback, yet it packs a 20Wpc stereo amp in class D, a headphone socket, a remote control, a line stage with two RCA phono inputs and a 3.5mm mini-jack input, a phono stage, and five digital inputs, including USB and Bluetooth. The Astell&Kern proved to be the perfect source for my review in Hi-Fi News & Record Review, even though it costs more than twice the price of the MaiA, which sells for a meagre £399 in the UK, or around $650 USD including $110 tax. I would suspect it will cost the same or less in North America.

Regardless, it's a knockout single purchase for anyone new to hi-fi but who realizes that there's better out there than crummy docks, and who doesn't want to invest in anything else beyond sources and a pair of speakers or headphones. Like I said, it even has a phono stage should the newbie discover LPs. As for old hands, MaiA is ideal for an office, kitchen, or bedroom system, if paired with compact monitors.

So what did I use to test MaiA? At long last, HDtracks has a UK website. Eh? you're thinking, isn't buying online universal? As anyone outside of the USA who's ever tried to order anything related to computing, audio, or digital photography knows, there's protectionism going on, which prevents us from enjoying US prices. As for music, it's all about copyright.

Although customers outside North America have always been able to download the titles the site owns, meaning those recordings created by Chesky Records, none of the commercial material, from the Rolling Stones, Tom Petty, the Rascals, etc., etc., has been downloadable to foreign users. (And for those of you who know how to do such stuff, no, I can't be bothered with messing about with my ISP to suggest that I live in Peoria.)

Before they launched the UK operation, I got to hear HDtracks' versions of commercial recordings from "non-audiophile" sources only if I received a special reviewer's code that bypassed the selling restraints, and even that didn't always work. The occasions when I had to tell Dave Chesky that, "The site won't let me download The Doors / Creedence Clearwater Revival / Dave Brubeck" became so frequent that I wrote a cut-and-paste reply for each time he asked me what I thought of HDtracks' latest stunner. 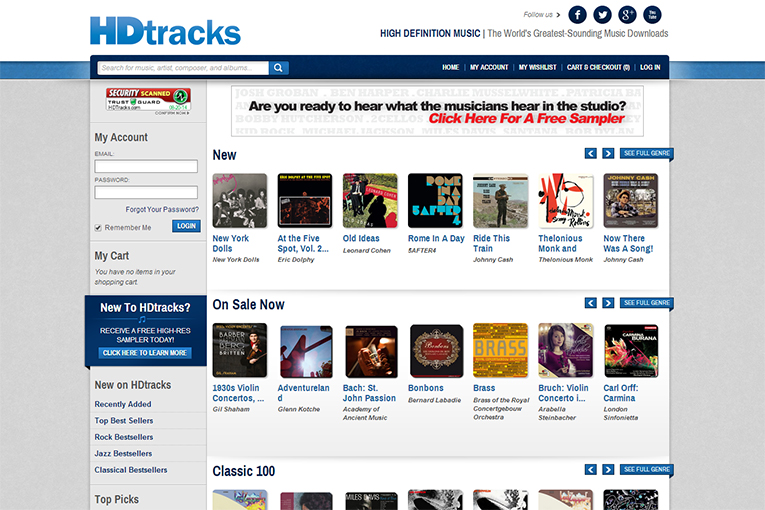 And yet I knew, having loved the Chesky-produced Persuasions and Livingston Taylor downloads, that the material was worth acquiring. It sounded sublime. So let's dispense with something right away, possibly at the risk of antagonising those who have measured and tested and dissected HDtracks and who express doubts about the veracity of some of the "high resolution" claims: I don't care.

Why? Because what I've heard so far has been spectacular. And that's what it is all about. You could hear differences even through little ol' MaiA, feeding Pioneer's equally underpriced SP-BS22-LR speakers -- an amp/speaker combo costing less than £500 ($850). I uploaded recordings to the Astell&Kern using different codecs, alongside HDtracks' best editions, e.g., Linda Ronstadt's 1980s recordings in 24-bit/192Hz FLAC. They were repeatedly and blatantly superior to all other formats, whether MP3 or AAC or AIFF or WAV or whatever.

Pricing, alas, will be an issue for the UK, a country called "Treasure Island" by every manufacturer who knows that it can screw the British blind and no one will utter a peep in protest. The UK will pay more for HDtracks' titles not because of greed on the part of the site, but because of the record labels in the UK, who set the prices.

Far be it from me to tell anyone to spend £18 or so on an album that they don't physically own. But if it's sound quality that matters, then even £18 is a bargain.