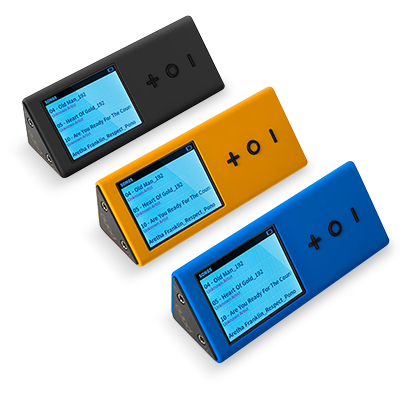 Eschewing the melodramatic, I wouldn't exactly say that the anticipation for the arrival of the first Pono player is "intense" or "palpable." Far more nervous energy preceded the arrival of the iPhone 6. If anything, the launch of Pono, despite being one of Kickstarter's most successful campaigns ever and a hot topic in the audio community -- and the visibility of one Neil Young -- is still a relatively obscure event. Be that as it may, for "us," it's a big deal.

Musician extraordinaire, Young has long been a champion of better sound in the face of the digital onslaught. Whatever routes he's taken (I seem to recall that he championed the now-all-but-forgotten HDCD), he may be the audiophile's "best friend" as far as the rock world is concerned. Pono Music is the culmination of his antipathy toward the digital norm, as the arrival of the player will be accompanied by a download service.

Indeed, I cannot name any other A-list musicians who even grumble about sound quality, let alone actually do something about it. Certainly, I cannot recall others who have attached themselves financially to a hardware-based product that aspires to, and actually engenders, better sound, so please don't bombard me with e-mails about Dr. Dre and his dire Beats headphones.

When I say that Pono is "relatively obscure," I mean it only in that it is of interest to an unfortunate few, when compared to, say, the aforementioned iPhone 6 launch. Despite having been asked to write about Pono's pending arrival for a couple of non-audiophile/mainstream titles, I've found that it can only be sold to an editor as a topic worth writing about for a non-enthusiast audience if one first says something like, "This will fight the iPod." That much they comprehend. Talk of codecs and compression causes eyes to glaze over.

At the risk of praising a brand I deplore, we must, however, thank Dr. Dre for one thing. Because the subtext to Beats, beneath its raison d'être as a fashion item, is replacing the crappy earbuds that came with iPods and smart phones, non-audiophiles understand the concept of promoting something as "better than Apple." However clever and worthy are the iPad, the Air, and the iPhone in most other ways, sound quality has never been an Apple priority.

This is a company that has removed optical disc drives from its latest-generation computers when so many have legacy audio CDs, CD-Rs, and CD-ROMs. It has never acknowledged Blu-ray, and its own music codecs compress the life out of music. As a Mac user by necessity rather than choice, I am at a loss to understand quite what Apple truly cares about, beyond cool styling, pretty front-ends, and making money.

If Pono can give the iPod, iPad, and iPhone a good kicking, so much the better: in sound quality terms, they deserve it. In practice, though, the iPod is yesterday's news, for it seems that most users have moved their music playback needs to the iPhone or other smartphones.

While Apple keeps the iPod Nano, Classic, and Touch in the catalogue, with periodic updates, I suspect it is only because they know that their savvier customers realize that the battery life and storage capabilities of an iPhone mitigate against using it as a music playback device, in addition to phone, camera, etc.

[Note: Apple remains that rare company which does not allow its users to expand memory with SD cards. Regrettably, Astell&Kern -- who do provide slots for cards -- aped Apple's other bit of sadism in not allowing users to change batteries. Apple thus removes from us the peace-of-mind of having spare batteries. Kinda sucks when you run out of power away from an AC socket.]

Pono isn't even out yet, and the trolls are already hammering it. The triangular shape, like a glorified Toblerone chocolate bar (and if Pono isn't in talks with that brand for a brown-coloured promotional version, I'll eat my Cadburys), has been criticized as not being "pocket friendly." Sorry, gang, but anyone who shoves an iPod or iPhone in his or her back pocket and then sits on it deserves the cracked screen. Just look at what's happened to the too-thin iPhone 6. The triangular cross section lends itself to other benefits that the trolls ignore.

For one thing, it doesn't need any form of a stand when you set it down: the touchscreen is presented to the user at a practical, viewable angle. For another, the shape forces the user to treat it with respect, as one should a player costing $399. I imagine the aftermarket will come up with leather cases for it, a la iPod, Astell&Kern, etc. But the shape being grounds for condemnation? I don't think so.

Two elements, though, will make or break the Pono, the most obvious being sound quality. As "production" samples have yet to reach reviewers outside of the test group, that assessment will have to wait. I'm primed with a bunch of HDtracks downloads, my iTunes library and other material already loaded into my iPod and A&K. What it must match or better, though, is not just the iPod, but the Astell&Kern if it is to win over audiophiles with deep pockets. But even that may not be necessary for its success, let alone survival.

Pono, being a lot less expensive than the cheapest A&K, cannot offer all of its niceties. I don't have the spec on its innards, but, for example, I suspect it lacks dual DACs. Conversely, the estimable high-end electronics manufacturer Ayre Acoustics has been involved in its technical development, which bodes well. Regardless of Pono's absolute performance against the A&K machines, it is inconceivable that it won't outperform the iPod, iPhone, and other smartphones. 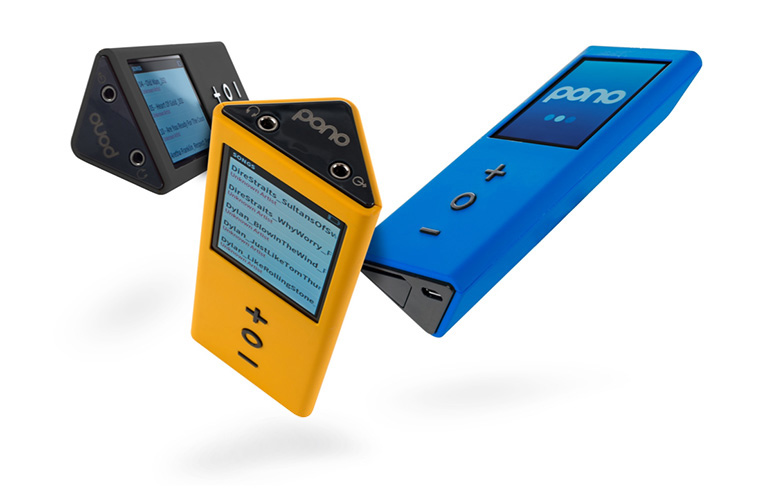 As for the second area where Pono must excel, it's the user interface. Whatever reservations I have about Apple, the "mechanical" iPod Classic is a joy to use, and the touchpad elements of iPhone, iPad, and iPod Touch work just as they should. I wish I could say the same about the first-generation Astell&Kern AK120. It's truly terrible: slow, easily confused, erratic.

I stress that my A&K is a Mk. I player -- I suspect that the Mk. II versions have improved the flawed controls of their predecessors. The new versions certainly looked a lot better when I first saw them at Munich's High End this spring. Cost remains prohibitive, but the A&K players are worth every penny: they feel like they were made by Swiss watchmakers.

My Pono pledge on Kickstarter paid for the version pre-loaded with albums by Buffalo Springfield. I have mint original LPs and every CD iteration. They are my fave band of all time after the Beatles. If Pono positively sings with this material, I'll be sure to let you know. And if it doesn't? Then I'll be doubly sure.