Periodically, I muse about all of the formats that have gone before. Some manage to linger: LPs, cassettes (on a small cult level), 78s (on an even smaller cult level). For others (VHS tapes, anyone?), it’s a swift trip to the dumpster. It depresses the hell out of me when anything requiring a supply of specific material, fittings, firmware, whatever is rendered obsolete. I even hear that there are files from 20 to 25 years ago that current computers can’t access.

Think of all the hardware that can no longer be used, or only with difficulty: film cameras that require other than 35mm or 120 stock, 8mm movie cameras, View-Masters, the dwindling supply of blank open-reel tapes, typewriters needing ribbons, the limited choice of blank cassettes. In parts of Europe, FM tuners are obsolete, and pretty much everywhere analogue televisions are inert lumps.

I know nothing about guns, but I am sure there are all sorts of odd-calibre pistols and rifles for which no ammo is being made. One day, I suspect, the same will be said about all those $100-plus coffee machines that need special cartridges, unless they also have the facility to accept loose, ground coffee.

It was a recent sorting of my record library that reminded me of other superseded formats, including LPs that need non-standard equalisation. In my library are vinyl albums representing all of the four-channel/quadraphonic formats of the early 1970s, yet I have no cartridge with the requisite profiles for SQ, QS, et al. I found discs with UHJ surround and dbx noise-reduction encoding that are utterly unplayable without the respective processors. And from this century, I have an HD-DVD player (and a smattering of discs) that proves how the home entertainment industry still hasn’t learned its lessons.

While pondering this sad state of affairs and desuetude in general, I noticed a folder peeping out of the bag by my desk, the one filled with all of the brochures I collected at last month’s High End show in Munich. I’d almost forgotten about a pleasant shock, a welcomed surprise amidst the predictable surfeit of new headphones and porta-DACs. It was a slim trifold affair, with a girl wearing headphones on the cover and the legend “truth in sound” in lower case. The name was new to me: Horch House, and below it an address: www.horchhouse.eu. 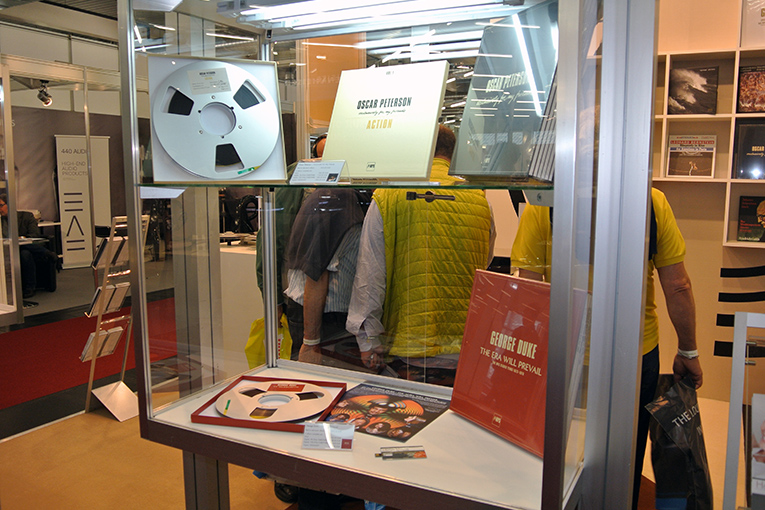 Then it clicked. I opened the folder to see sleeve art from Ella Fitzgerald, Oscar Peterson, Joe Pass, and George Duke. A dozen classical titles. Even a set from Bert Kaempfert, A Swingin’ Safari. What the brochure described were 29 open-reel tapes promising “a musical experience like only the sound editor and the artist himself could experience beforehand.”

Give ’em a break: theirs is English-as-a-second-language, and a damned sight better than my German. The company is based in Austria -- the tastes reflect this -- but that’s irrelevant. Like the limited-edition open-reel tapes from Opus 3 a few years back, this is an opportunity to hear analogue that’s as pure as it gets.

I must admit that only a few of the tapes appealed to me, but that is not the point. I will also admit that I listened only briefly to them, played back through headphones via Stellavoxes with 10″ spool adaptors. What warmed my heart was the thought of someone -- anyone -- keeping the open-reel flame burning. 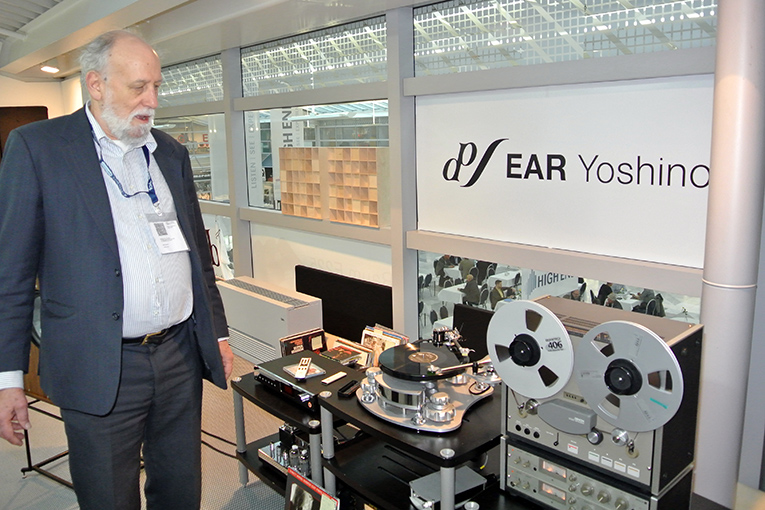 Why? Because even though reel-to-reel is not my primary source, I will state categorically that the very finest sounds I have ever heard from hi-fi systems came from open-reel sources. Tim de Paravicini’s hot-rodded Revox G36es, Studer 99s, tweaked Technics decks, assorted Tandbergs and Otaris and Crown 800s, a night-long session with Arnie Nudell back in the Infinity days listening to master tapes -- all have delighted me over the decades. And Horch House wasn’t the only exhibitor at Munich playing open-reels: the aforementioned Tim de Paravicini was playing a super-rare Denon DH-610S through his full EAR-Yoshino setup.

Horch House is making its 1:1 analogue tape copies, running at 38cm/sec with CCIR equalisation, “on scrupulously maintained devices from Studer . . . [with] no sound processors, limiters, or compressors to be found in the signal path.” To ensure that all copies are identical, Horch House performs daily tasks to guarantee that even “meteorological parameters” are equal, using calibrated devices and “effective tape measures.” No, I don’t think they mean the roll-up rulers loved by tailors and carpenters.

Source decks and recorders are Studer A807 1/4″ PBO and A80R 1/2″ tape machines. The process is monitored through RTW level-control instruments, Bryston power amplifiers, and Amphion loudspeakers. Final cutting of the tapes to length is accomplished with a Studer editing studio, when flow and end tapes are added.

This does not come cheaply: single-tape sets cost €275 ($312 USD), while two-tape sets sell for €300 to €325, €450 for three-tape albums, and €500 to €550 for the four-tape sets. I’m not even going to enter into discussions about this as regards value for money. In my mind, such tapes rank with white truffles, Stefano Bemer shoes, and Masseto: if you can’t afford them, don’t bitch about them nor decry their value. 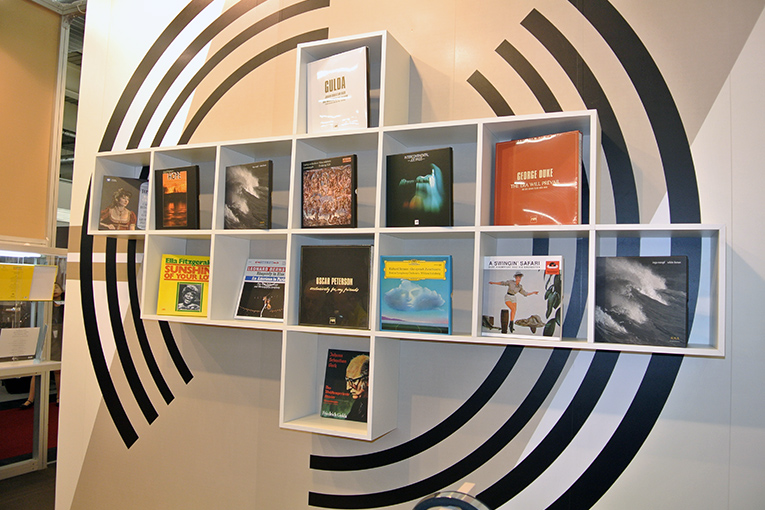 But Horch House has a generous side. For those of us who cannot stretch to these analogue treasures, the company also provides “Native Digital Copies From Analogue Master Tape” onto USB wafer cards. Prices range from €19 for a 96kHz/24-bit WAV copy to €24 for the 192kHz/24-bit WAV versions and €34 for the DSD64 editions. This range, too, contains multi-album sets. Either way, Horch House is serving those for whom “streaming” means “taking a leak.”

In the back of my mind, though, a nasty little demon presses my buzz-kill button. Someday, there will be no working open-reel decks with which to access these recordings, and those alternative USB wafers will prove just as inaccessible after Apple circa 2030 has shifted everything to the cloud, with contact made through direct wiring to one's synapses.

Man, oh man, am I glad I turned 12 when Meet the Beatles! was released.