If, like me, you're nearing or past pensionable age, you will recall that odd blip in the early 1970s, when "quadraphonic" was a buzzword. Those who entered the world of audio after Dolby and DTS perfected surround sound, and when digital technology enabled four or more discrete channels to play back without phase-y noises or indistinct positioning, will be as baffled about "quad"* as those who cannot imagine a time without mobile phones. Believe me: early attempts at surround sound only worked consistently with four-track open-reel players. All else was hit or miss. 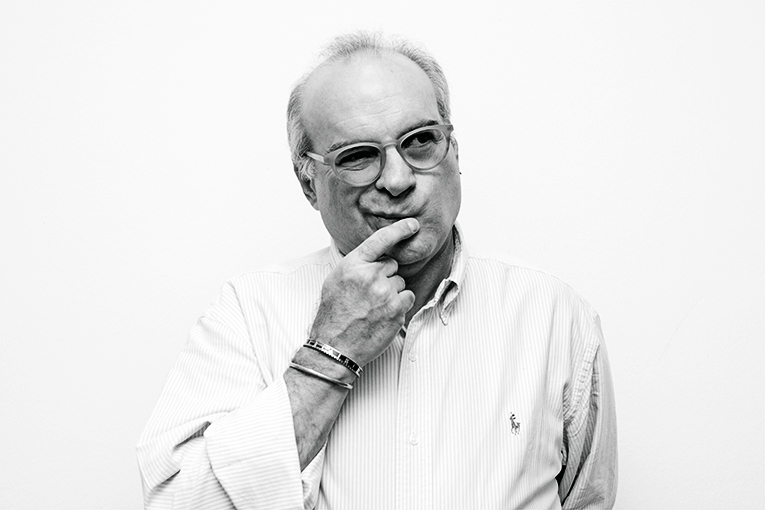 It's not that I bought into it in a big way. I just happened to be in the right place at the right time, working afternoons at a hi-fi shop in Orono, Maine, that sold Marantz. My flatmate and I combined our systems, and were able to "access" quadraphonic recordings thanks to a Marantz four-channel receiver and two pairs of ESS speakers: AMT 4s at the front and Tempests at the back. How good was it? Who knows? Back then, students were smoking so much pot that everything sounded OK.

What is now forgotten is the scale of the effort on the part of the industry. Every major brand in the mass-market sector, especially all of the Japanese giants, had four-channel hardware. The speaker companies loved it, and Koss even devised a pair of four-channel headphones. Dig out one of the old Audio or Stereo Review product annuals and you will be overwhelmed by the number of components serving the field.

What made it such a mess was that there were around a dozen formats from which to choose, ranging from those that simply extracted ambient surround information from stereo, such as the Hafler array, to an assortment of matrix and discrete systems. The latter offered the best sound, but they only worked consistently well through open-reel and eight-track. (Eight-track had reliability problems of its own; I cite it only out of a sense of completeness.) As for vinyl, extracting the information from LPs required special cartridges with hypercritical VTA set-up requirements that would give a master watchmaker a headache.

For those insistent upon savouring the sensations of surround, numerous brands produced decoders that handled the most important of the formats, which included CD-4, SQ, and QS. Electro-Voice had a format, and there was Ambisonic -- confusion reigned. The record companies, though, had to choose sides because an LP could carry but one format, unlike SACDs, which can support multiple encodings. Suffice it to say, the total four-channel discography runs to thousands of titles, and there are whole websites devoted to such matters as which of them have been made available on SACDs, DVDs, or Blu-rays.

Why this is important is simple: these are unique mixes that fans will want to hear, and only modern, digital systems allow for truly discrete playback of early "quad" mixes (unless you have some original pre-recorded four-channel tapes and a four-track reel-to-reel). Often, the results are astonishing, as anyone who purchased multichannel versions of Pink Floyd's The Dark Side of the Moon with the original Alan Parsons mix will know. 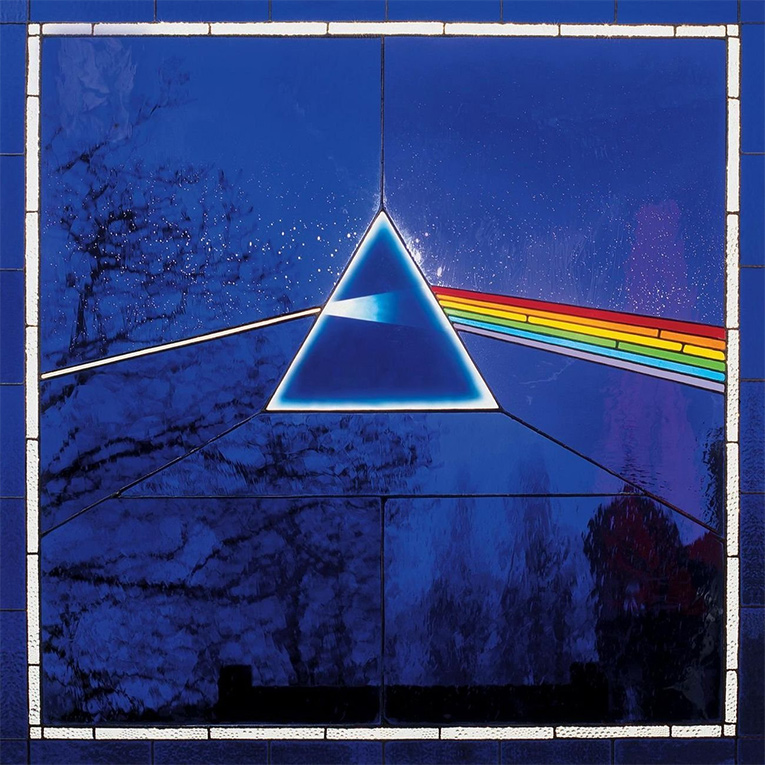 As I look upon my shelf of DVD-A and Blu-ray audio titles, I note that "quad" mixes by bands ranging from the Police to the Who have appeared on these high-resolution formats, or more recently, in anniversary box sets. Although these 21st-century reissues of the 40-to-45-year-old mixes have been presented without much fanfare, those with DVD-A, SACD, or "universal" players and surround setups who scanned the menus have been treated to the four-channel experience that few would have experienced in the 1970s.

The releases that triggered this tiptoe down memory lane are two more for the canon, and I mention them only because they're so good. For fans of Jethro Tull, the new four-disc set of Minstrel in the Gallery (Chrysalis 0825646157204) will seem a pig-out: there is so much here that you'll have to brace yourself for listening to the same album at least four times, each in a different form. 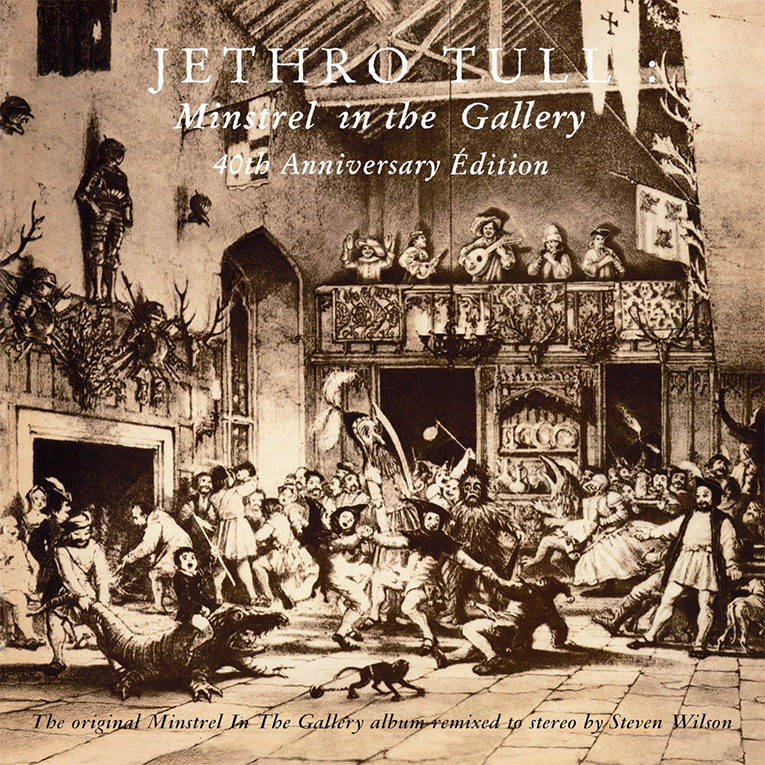 This 40th-anniversary limited-edition set contains two CDs and two DVDs, the CDs obviously offering just music. The pair of DVDs, however, are an audio-only disc with the album in 5.1 Dolby and DTS, 96/24 PCM stereo, bonus tracks, the 4.0 "quad" mix, and more, along with a video disc of the live-in-Paris gig with a choice of audio formats.

That, however, dates from 1975, toward the tail end of the original quadraphonic era, so the mixes are relatively sophisticated. What proves to be an ear-opener is The Best of the Doors (Hybrid Multichannel SACD, Audio Fidelity AFZ5 206), because it covers a four-year span from different sessions and albums. This remastering includes the original "quad" mix in 4.0 DSD, and stereo on both the CD and SACD layers. 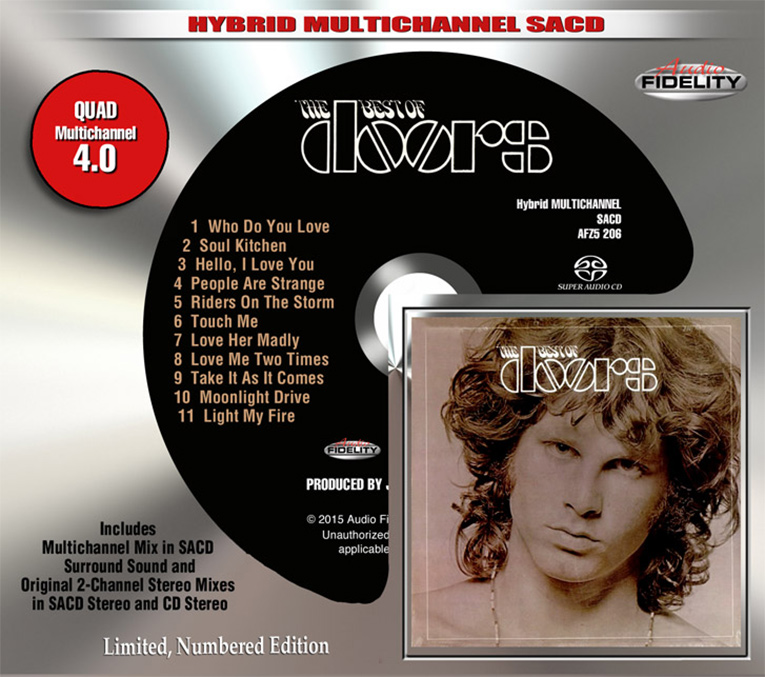 I'm not offering a review of either of these as regards their sound quality; I merely want to call your attention to them. It's especially worth noting that Audio Fidelity has other titles in the works, and I look forward to hearing the "quad" mixes of Bloomfield / Kooper / Stills' Super Session, The Best of the Guess Who, and others of the era that I never got to hear when I actually had a four-channel setup. And if Audio Fidelity is listening, any chance of Mountain; West, Bruce and Laing; Byrdmaniax; Creedence Gold; Rick Derringer's All American Boy; Steely Dan; Nashville Skyline . . . ?

*I'm keeping the shorthand for quadraphonic in quotes as not to cause confusion with the legendary British hi-fi manufacturer Quad, who -- it must be said -- never made any four-channel equipment!