Sometimes life doesn’t suck: The audio gods have smiled on me, so I am hanging out with Tim and Oliva De Paravicini of EAR Yoshino and audiophile fave, singer Lyn Stanley, in Tokyo. Exquisite Kobe beef, followed by great live music at a club called Kento’s. You haven’t lived (musically) until you’ve heard Kylie Minogue’s "I Should Be So Lucky," sung with a Japanese accent and backed by a ten-piece band that nails Philly soul, Motown, and assorted funk genres. And oh! Is that Suntory whiskey super smooth! 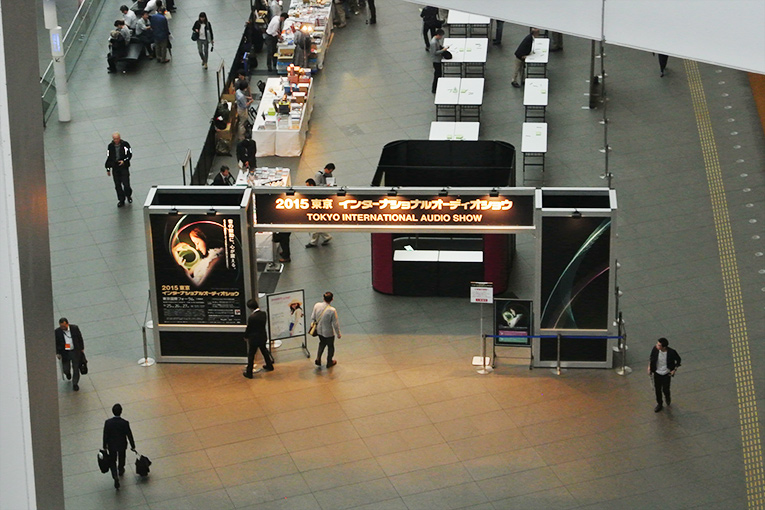 That was my post-exhibition “release,” Tokyo’s International Audio Show being the first important hi-fi extravaganza of the season, a week before the Rocky Mountain Audio Fest. My time there involves undertaking presentations in the TechDAS room, this year playing Mobile Fidelity’s latest albums -- mainly the 45rpm doubles -- for a rapt audience, through Constellation electronics and Vivid loudspeakers, with the Air Force One for the front end.

It was the first time I got to hear the SAT (Swedish Analog Technologies) tonearm from Sweden, a product that seems to be taking the world by storm, not least because of a $28,000 USD price tag. It was also an opportunity to see the finalised version of the TechDAS Air Force Three record deck, representing the entry level. 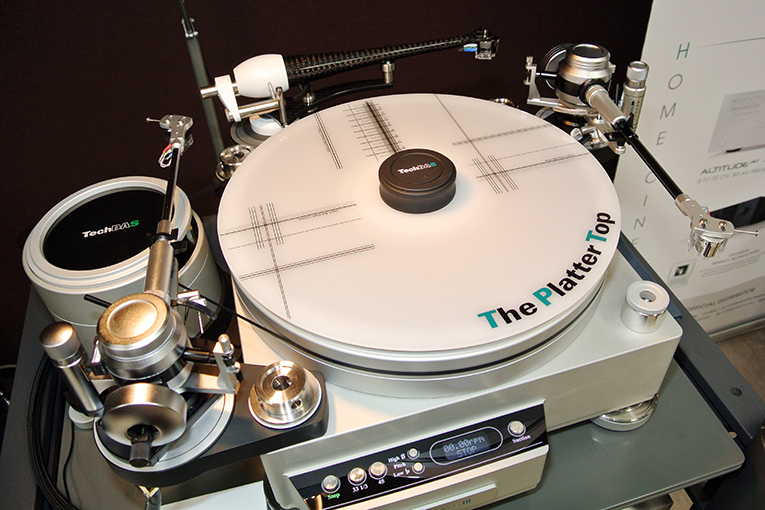 I don’t know the export retail price yet, but you can expect it to be a third lower (or more) than the Two, and it has a capability that will seduce analogue fanatics -- especially collectors and reviewers: you can fit it with four tonearms, which means having four different cartridges on call. Man, would I love that, as I gaze at an un-mounted Series I SME 3012 . . .

As most of the imported products were familiar to us because of CES and Munich, the show’s main attraction for Western visitors is the brand new local produce, especially from companies including Luxman, Accuphase, and Esoteric. All had a cluster of new models, but they came with a warning.

Each of those makers supports SACD -- my fave digital medium -- and it may be that this new crop of players is the final one. Apparently, SACD-capable drives are going out of production, so now is the time, if you love and use SACDs as I do, to grab your last-ever player to see you out. I hope it’s not the case, because SACD is too good to fade away. 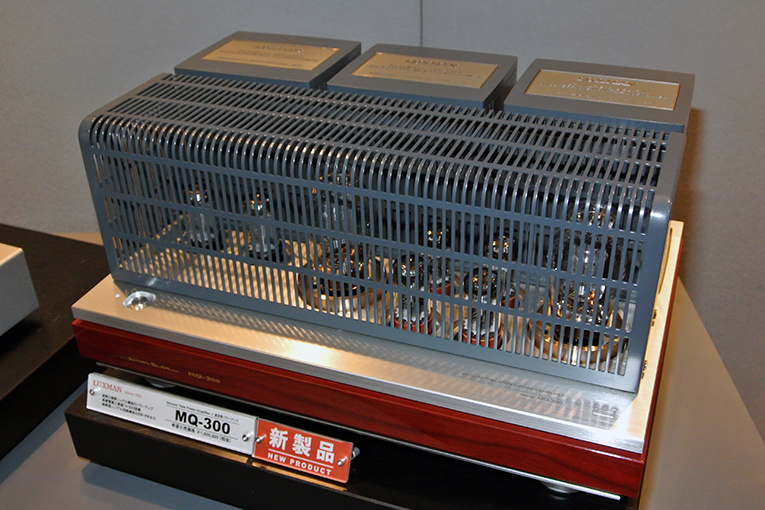 Among the products I wanted to take home were Luxman’s wondrously retro MQ-300 stereo tube power amplifier, costing around $14,000 in its home country. Rated at a mere 8Wpc, it derives its power from that fave valve of the Japanese enthusiast, the 300B, which gives the model its name -- and there is but one per channel. And I don’t even like 300Bs. 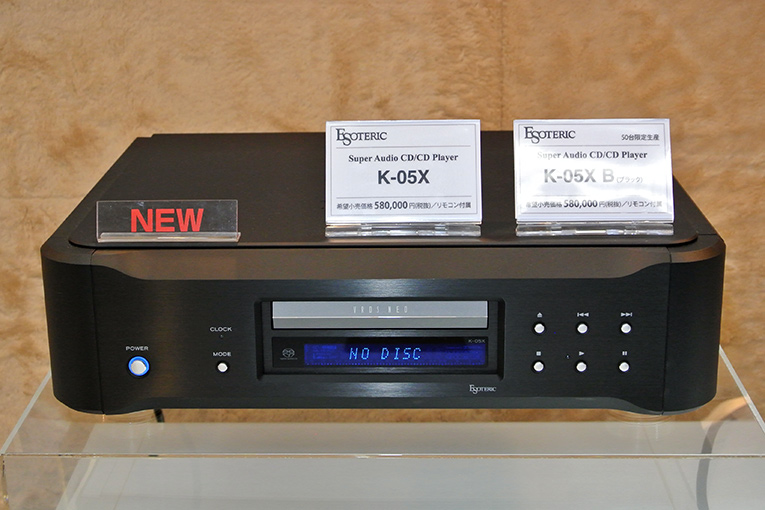 I have always coveted the SACD players from Esoteric, so the news of the forthcoming demise of the drives has me worried. I was taken by the new K-05X, one of their least expensive units at just under $5000 in the home market. Offered in silver or black, it features the company’s VRDS-NEO technology and a toroidal power supply transformer instead of the less-expensive K-07X’s C-core type.

Accuphase had its usual overwhelming array of new hardware, but I loved the period looks of the mighty P-7300 stereo power amplifier. It’s taken long enough, but there is now a cult for 1970s-1980s over-the-top Japanese gear (have you seen the prices lately of the best used Denon, Kenwood, Technics, and Onkyo direct-drive turntables?), so the brands are responding. 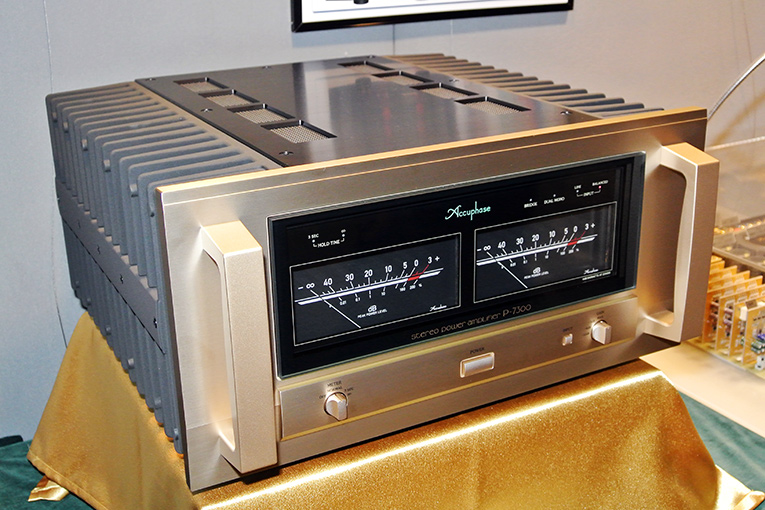 Technics is back with retro-look hardware, the latest Yamaha stuff could have been born 40 years ago, while this powerhouse from Accuphase -- rated at 125Wpc but delivering 800Wpc into 1 ohm -- has all of the attitude of the superamps of yore. Unlike its ancestors, though, the P-7300 offers balanced connection and there are two sets of speaker terminals, which may be for a second pair of speakers or biamping. My Japanese ain’t so hot. 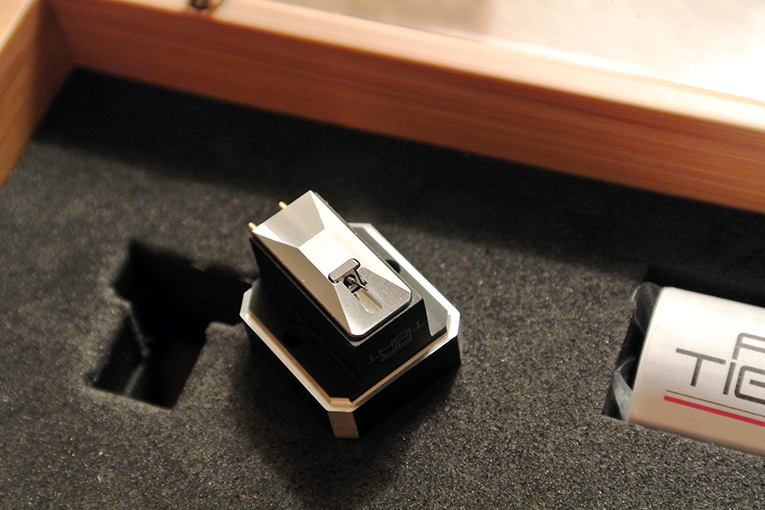 Air Tight arrived with the PC-7, its newest moving-coil cartridge targeted at the $3000-$4000 sector. I adore their earlier models, but the pricing is admittedly even further in the upper echelons, so this model will be welcomed by fans of the brand. 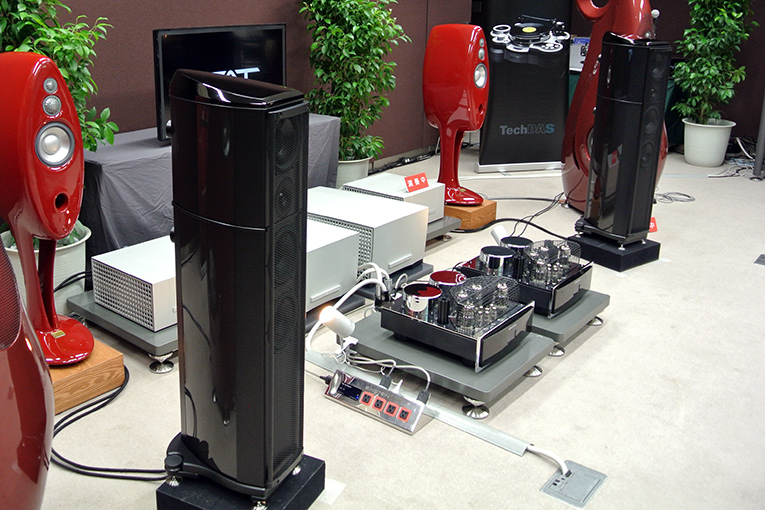 It’s not all Japanese launches. Wilson-Benesch unveiled the A.C.T. One Evolution full-range, four-way acoustical, 2.5-way electrical floorstanding loudspeaker with drive unit and cabinet construction technology derived from the flagship Cardinal loudspeaker. It stands 1.2m (47") tall and is constructed with a combination of precision-machined alloy baffle, alloy side panels and the Advanced Composite Technology (A.C.T.) Monocoque. 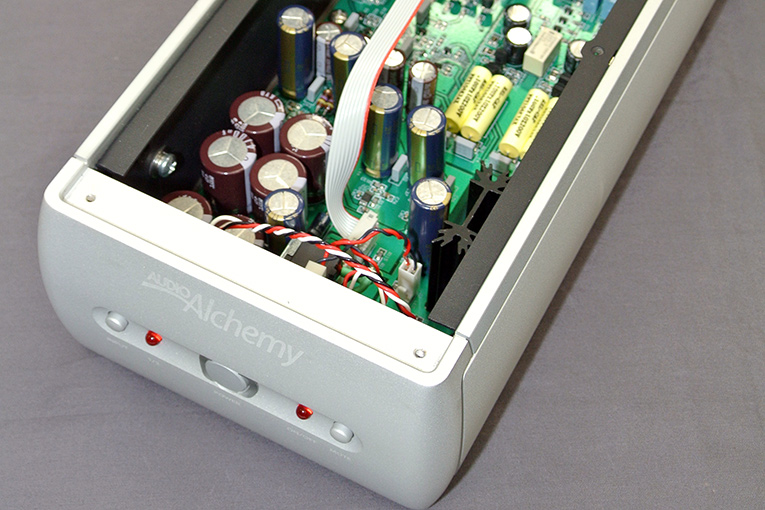 Scooping the Rocky Mountain event, despite reports claiming differently elsewhere, Tokyo visitors saw the unveiling a week before of the Audio Alchemy PPA-1 and Dan D’Agostino Momentum phono stages. The PPA-1 offers single-ended input, and single-ended or balanced outputs. It accepts two turntables, and both inputs provide MM (50dB) or MC (65dB) gain and either 47k or 0-to-1000-ohm continuous load. It’s priced at $1595, while $500 adds a better power supply. 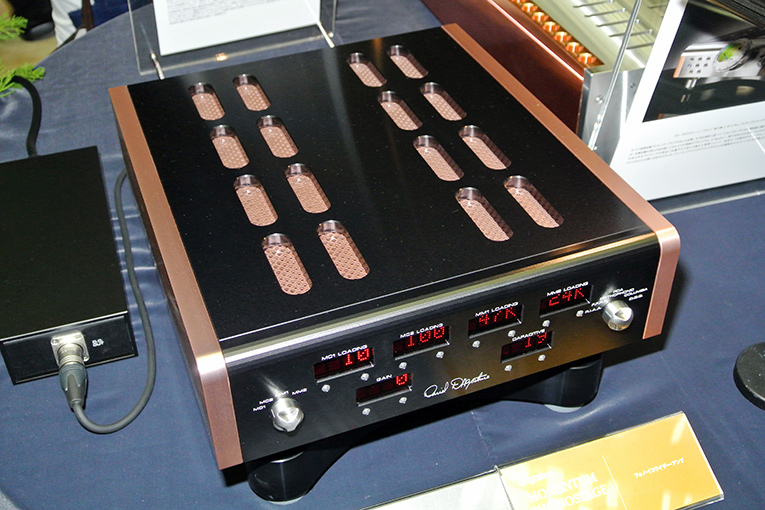 For the D’Agostino, multiple turntables and digital readouts of the phono settings and level display are offered, as well as something rarely seen of late: differing EQ settings for pre-RIAA releases. This could be the go-to product for archivists, museums, and reissue labels. 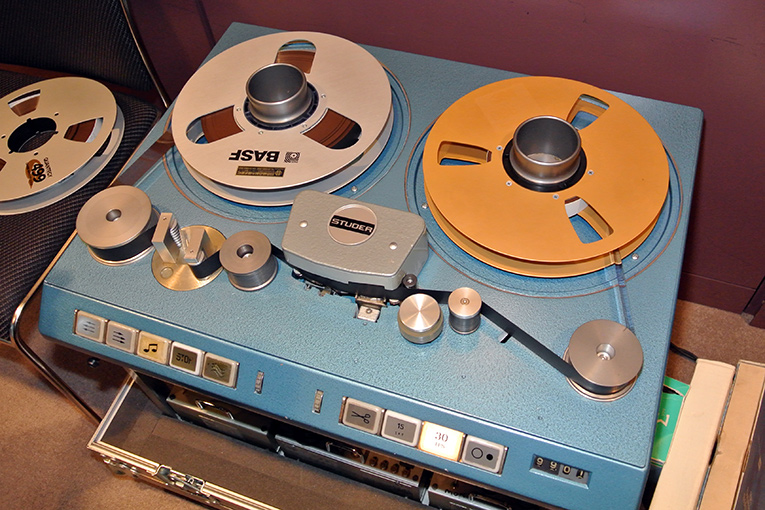 Tim De Paravicini’s demo in the EAR Yoshino room included a massive pro Studer C37 playing 1" tapes at 30ips. When Tim said, “This is the best sound you’ll hear at any hi-fi show,” he wasn’t kidding: the live jazz, recorded with purist microphone techniques, no noise reduction, no tampering, no mixing, was as lifelike as anything I’ve ever heard. Period. My own scant collection of open-reel tapes copied from masters remains the best source material I own -- this was a vivid reminder. 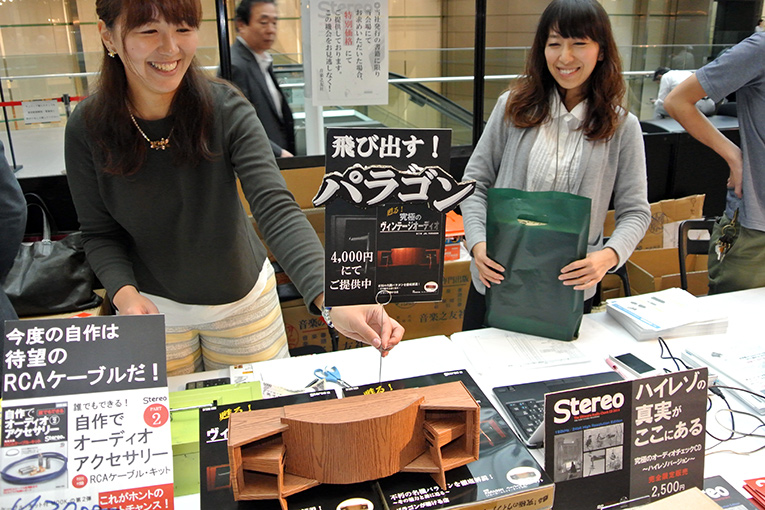 One item I couldn’t resist buying was the cutest audio gadget I have ever seen: a working model of the legendary JBL Paragon loudspeaker! It’s made of cardboard, origami-style, and comes with a gorgeous booklet about the speaker’s history. Inside is a pair of tiny full-range drivers, ready-wired and with everything else you need to build this foot-wide treasure. Except for English instructions. After I assemble mine, or should that be “if,” I’ll let you know if it was $30 well spent.