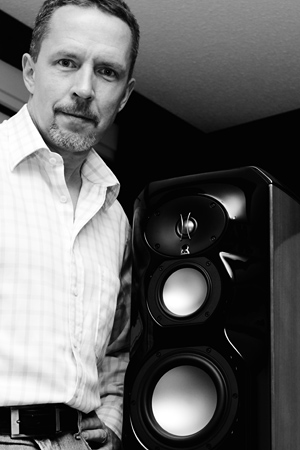 Last month I mentioned that I would write an exposé on loudspeakers, and offer what I believe consumers should expect to get in improved speaker performance as they pay more money. My plan is to educate readers by sharing with them my experiences as a reviewer and publisher, and by discussing design methodologies, objective measurements, subjective listening, and price as they relate to performance. I also want to define what I think a "high-performance loudspeaker" should be.

Undoubtedly, not everyone will agree with everything I say, but I feel that, just as there is general agreement among large groups of listeners about what sounds good (yes, I’ll discuss that, too), I’m willing to bet that a good number of people will nod their heads in agreement with most of what they read in these future installments. I think the insights I offer will help you get your next speaker purchase right, no matter how much you’re willing to spend.

But before I get to all that, it’s important to talk about why I’m so interested in loudspeakers, and why I focus so much attention on them. It’s more than my job -- it’s a passion.

I began reviewing audio equipment in 1995, when I created the SoundStage! Network, but it wasn’t until 2000 that I really got interested in the technical aspects of speaker design and how they relate to what we hear. That was the year we started measuring speakers at Canada’s National Research Council, and I began interviewing and having candid conversations with speaker designers. No other publication in the world uses a facility of the caliber of the NRC’s anechoic chamber, and my position in the SoundStage! Network has given me access to not just any ol’ speaker designers, but the best in the world.

My interest naturally gravitated toward speakers because it’s among them that you hear the biggest differences of any consumer-electronics component category. That’s not to say that all amplifiers, preamplifiers, or CD players sound the same, but I’ve found that very good electronics sound similar enough that it’s often hard to tell them apart. Speakers aren’t like that. I’ve never in my life heard two loudspeakers that sounded identical, and I doubt I ever will.

For example, play side by side two of my current favorite speakers, Revel’s Ultima Salon2 and Vivid Audio’s B1. You’ll hear similarities in their sounds, but you’ll also hear substantial differences -- no one in his or her right mind would say that they sound the same. Try that with two well-designed solid-state amplifiers; under rigorous test conditions they’re often very hard to tell apart, and some sound so close that you’d swear they’re the same.

The reason no two speakers sound the same is because, no matter how much you pay, there is no perfect loudspeaker out there. I’ll talk about what a theoretically perfect loudspeaker might be in a future article; for now, understand that no matter how much money you throw at it, the end result will always be flawed because of the limitations of the technologies involved. As a result, every speaker on the market is, as many designers have told me, "a balance of tradeoffs." This is one of the first things I learned in 2000, when I began to get seriously into speakers -- their designers must pick and choose among many variables, trying to make as few compromises as possible while optimizing many more. The best they can achieve is something that approaches perfection; they never actually get there.

It’s this inherently flawed nature of loudspeaker design that most intrigues me. It’s why, when you look at the marketplace, you see such radically different designs. Everything’s unique in the speaker biz, and such diversity makes it a little bit like the Wild West -- which is all part of the fun. However, future articles in this series won’t get into all the competing design theories, or the many radical designs, whether arcane or nonsensical, that are floating around. Instead, my goal is to put into words what I’ve learned in my ten years of loudspeaker experience at the SoundStage! Network, so that our readers can benefit from it. So join me next month for the start of something that might be as startling as it is informative -- something that might forever change the way you view and hear and think about loudspeakers, and radically affect your next purchase decision.