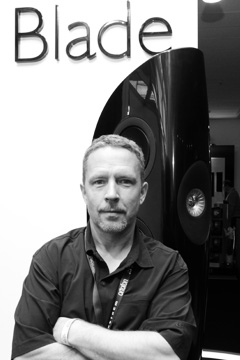 As I write this article, I’ve just completed work on the videos of our tour of the JL Audio factory, which are now available in the “Videos” section of our SoundStage! Network main site and on our YouTube channel. Part 1 introduces JL Audio’s impressive facilities, while Part 2 and Part 3 show how the company assembles and thoroughly tests its products. JLA performs what I call complete quality control (see below). And though they currently make only subwoofers for the home market (they plan to soon offer a full range of home speakers), the careful process they go through is applicable to full-range speakers as well.

I encourage you to watch the videos before or immediately after you finish reading this article. They show that JLA tests every facet of a product -- appearance, construction, performance -- so that each unit coming off the line is not only identical to the units before and after it, but also to the reference prototype. While some other companies test their products as well, few have such thorough quality control -- a fact that, in my opinion, compromises many speaker designs. It’s one thing to properly design a speaker, quite another to precisely duplicate that design, over and over again.

I began thinking seriously about quality control and how it impacts performance a few years ago, when we were measuring some speakers in the anechoic chamber of Canada’s National Research Council. Our measurements revealed that the frequency response of one speaker had a peculiar dip near the crossover frequency. When we see this sort of irregularity, we then measure the other speaker of the stereo pair (provided we have both on hand). The second speaker of this pair showed a similar dip -- but 1000Hz higher in frequency! In other words, this pair of speakers wasn’t even close to being acoustically matched -- set up in someone’s home, they wouldn’t have sounded exactly the same. Furthermore, since we obviously didn’t have the company’s reference prototype on hand, we couldn’t tell which of our samples matched it -- or if either did. Scary.

Since then I’ve compared the left and right units of a number of the speaker pairs we’ve measured, to see how closely they’ve been matched, and in roughly half the cases there have been what I consider to be unacceptable discrepancies. To me, “unacceptable” means a difference in output of more than 1dB in one or more regions across the audioband. I’ve actually found deviations upward of 5dB, which is abysmal. What’s more, this doesn’t happen only with inexpensive loudspeakers -- it occurs with alarming frequency even among high-priced designs. How could this be? Poor quality control -- or, perhaps, no quality control.

A complete absence of quality control means that nothing about the product’s performance has been verified. Does any company actually run its production line this way? I don’t think it’s too farfetched to imagine that some companies churn out products with no regard for their consistency of performance, particularly if they’re trying to cut costs or are relying on third-party manufacturers to do the checking for them. Nor is this unique to speaker manufacturing; a salesperson at a mass-market electronics store told me that one out of every ten laptop computers they sell is dead out of the box -- it won’t even power on. Obviously, these units could never have been checked at the end of the assembly line.

Poor quality control can mean a number of different things. It could mean that the company has good quality-control procedures in place, but that they’re not being enforced. It could mean that their tolerances -- the company’s windows of acceptability for how a product is made or looks or performs -- aren’t strict enough; although every unit is checked, there are big variances in enforcement of the standards from unit to unit, and in comparison to the prototype. It could also mean that a company isn’t doing complete quality control, which means that they’re not checking every aspect of a given model: build, appearance, and performance. Or they’re not testing every unit made, and instead are only spot-checking, say, every fifth one, and assuming that if those are fine, then all the units in between must also be fine. If you listen closely in “JL Audio Factory Tour: Part 3,” you’ll hear JLA’s George Rodriguez say that they do 100% testing on every product that comes off the line. To me, that’s the only way a company can know that every unit made will perform as it should. 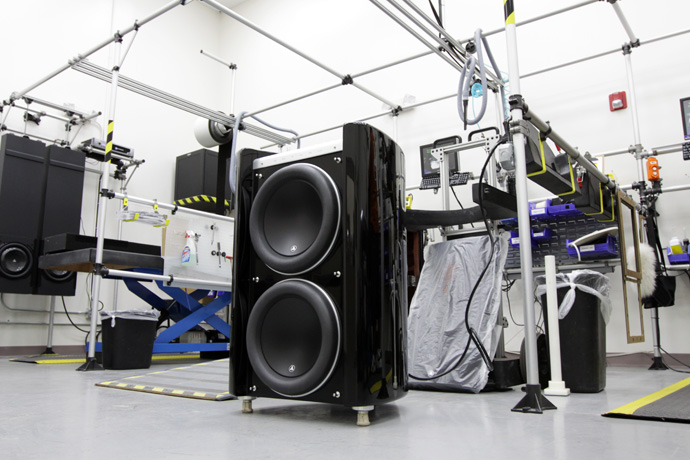 Final acoustic testing of any completed loudspeaker is paramount. It’s not good enough to simply assemble units from the same components in the same way and assume that every one is going to work right. Nor is it good enough to test only the individual components before they’re assembled and assume that, after assembly, everything will be fine. The real test comes at the end of the assembly line, when a microphone is placed in front of the finished speaker to check its performance against a reference prototype. While this might seem so obviously sensible that you assume that all speaker makers must do such a final test, believe me -- they don’t. I’ve visited a number of companies where I found no evidence that any final acoustic test of completed units is done. In fact, I recently watched a video that a company put out showing how they assemble every speaker and painstakingly inspect the paint job, yet nothing showed any final acoustic testing; instead, each speaker was simply put in a box and sent to a store. Pity the customer who buys such a speaker -- there’s a good chance it won’t perform as it should.

Obviously, the average consumer doesn’t have the access to companies that we do, and can’t see how speakers are actually made. But this article, and the videos of our tour of the JL Audio factory, should be more than enough to make you well aware of how important complete quality control is in the manufacture of high-performance speakers of any price. It should also arm you with pertinent questions that you can ask a salesperson, or even the manufacturer, to ensure that the speakers you buy have been made the way they should be and will perform to specification.

I close off this topic by adding that I would not spend money on a pair of speakers unless I was absolutely certain that every aspect of their production had been thoroughly tested -- particularly the final acoustical tests, which are they only things that will reveal how a loudspeaker actually performs. And I’d prefer to see the graphs and documentation to prove it. (Some companies do provide these materials.) In my opinion, that’s the least that you, too, should expect for your money.