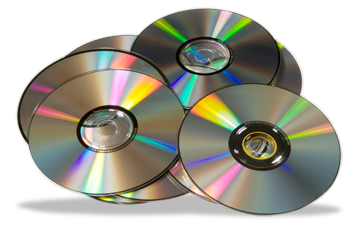 I have an interesting position here at SoundStage! Hi-Fi and, more generally, the SoundStage! Network. I’m a technical guy with a background in physics and engineering, so I end up writing a lot of articles on technical subjects (see the "Understanding Digital Music" series). Recently, most of these pieces have been related to high-resolution audio, particularly downloads and computer playback. The idea has been to help readers understand the potential benefits of high-resolution music and the best ways to play it back. Computer-based playback and downloads are a large and ever-growing segment of the marketplace, and a publication such as ours needs to be on top of that. But some of the editorials written by our publisher, Doug Schneider, such as "If You’re Not Getting Into Computer-Based Audio Now, You’re Crazy," suggest that the publication has a narrower focus than it actually does, and risk alienating many of our longtime readers and potential future readers.

Computer-based playback is really about convenience. I’ve seen many arguments for why it sounds better than spinning discs. Most of these arguments are pretty sensible, and regard the timing uncertainties and occasional read errors of the optical-disc approach. However, there is nothing inherently superior about computer-based playback. A device that reads discs can easily cache the data in a buffer and reclock it, the same as any asynchronous USB DAC. The PS Audio PerfectWave transport takes this approach, and there may be other such products as well. Using such an approach is analogous to ripping a disc -- which is how most audio gets into a computer-based system anyway -- so any problems with read errors should also be a wash.

Some people contend that computer-based audio offers the opportunity to play back music at better than CD quality. It does, but SACD and DVD-Audio have offered the same level of fidelity for over a decade. I’m often met with the retort that those formats require specialized playback equipment -- but a 24-bit/192kHz-capable DAC is also a specialized playback component. On either side, equipment has been available at a wide variety of prices, so I don’t really see the difference. And let’s not forget that the lowly DVD has offered the option of 24/96 for even longer, something that can be taken advantage of with almost any DVD player.

I admit that the convenience of a computer-based solution is compelling to many people. It affords the ability to switch back and forth between tracks from various albums, and to quickly and easily find music in a vast collection. I have my discs and LPs organized pretty well, but there are still many times when I can’t find the title I’m looking for. I usually listen to whole albums at a time, but I understand the appeal of custom playlists and random modes.

SoundStage! Hi-Fi is an online publication, so our readers are clearly not scared of computers. That doesn’t mean that all of them want to integrate their computers into their audio systems. For those who don’t, a disc-based solution still offers a viable alternative. Dedicated audio streaming devices, from the Logitech Squeezebox to the Bryston BDP-1, offer another intriguing possibility that’s somewhere between the traditional and the computer-based audio experience.

Downloads are often lumped in with computer-based playback, but they shouldn’t be. They certainly go together well, but a download is a method of distribution, and computer-based audio is a method of playback. I end up burning most of my downloads to DVD-Audio for playback on my Ayre Acoustics C-5xeMP universal stereo disc player. It’s not that I have anything against playing them back through a computer; it’s just that they sound better through the Ayre than when I feed coaxial digital data from my laptop to my Grace Design m902 DAC/headphone amplifier. If I owned different equipment, my habits might well change. 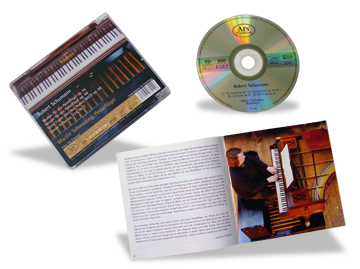 Downloads also offer a great deal of convenience. It’s really nice to be able to look for new music, buy it, and listen to it the same day. I used to be able to do that with a local record store, but those are scarce these days. Downloads also offer an even more significant opportunity: The costs of distribution via download are much lower than for physical distribution. That should enable the price of music to come down, but in most cases it hasn’t. I’m amazed that some people are willing to pay more for a download than for the same title on a physical disc. Perhaps it’s the instant gratification. Maybe it’s that they’d rip the disc anyway, and the download saves them the trouble.

The lower costs of distributing via download are even more pronounced when discs would be pressed in small batches -- which is the case for most audiophile labels. A release that would not be commercially viable as a physical disc could, as a download, actually make money for the label and artist. Considering the small niche that high-quality recording has in the greater music marketplace, that is a very positive development for audiophiles.

There are a few things that downloads don’t currently offer. Right now, there are very few places to obtain multichannel music via download. I’ve never been into multichannel music, but many people are. Pure DSD still sounds more natural to me and to many others than does 24/192 PCM, but hardly any sites offer DSD downloads. I don’t expect that to change anytime soon, because there isn’t any consumer playback equipment that can support it. There are no technical hurdles to this approach, only commercial and marketing ones. Many DSD recordings are transcoded to PCM for distribution via download. Right now, it has to be that way because of the available playback hardware and software, but it certainly compromises the sound quality. Also, many classical recordings still come with extensive liner notes, and a lot of listeners enjoy thumbing through them as they become acquainted with a new recording. Whatever the genre, some people would just prefer to have the physical item in their hands rather than files stored somewhere on a hard drive.

Computer-based audio and downloads are here to stay; so are optical discs, and so are vinyl LPs. Each format offers a unique user experience. As an audiophile, my only concern is that good music continues to be recorded, offered for purchase, and able to be played back in a way that does it justice.