A Cheapskate No Longer? 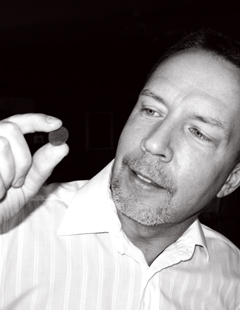 In the early days of the SoundStage! Network, I mostly reviewed two types of products: 1) two-way bookshelf speakers, which readers with smaller listening rooms certainly appreciated; and 2) affordably priced components, which delighted most of our readers, as that’s what most of you can afford. It was the latter that won me the reputation of being a bit of a cheapskate.

I wrote about two-way speakers because, at the time, I lived in an apartment; my listening room was small, and thus best suited for small speakers. My championing of affordably priced components had nothing to do with the size of my room; rather, I just couldn’t see the value in a lot of the esoteric, really high-priced stuff that many other reviewers, including some of our own, were raving about. That’s not to say that all of the high-priced stuff back then was bad; but a lot of it wasn’t any better -- in fact, quite a bit of it was worse -- than gear costing a fraction as much. For proof of that, look at the much-ballyhooed Talon Khorus loudspeaker, from about ten years ago. It cost $14,000 USD per pair and sounded far worse than speakers costing $1400/pair. Instead of trying to wade through a welter of overpriced gear to find a few gems, I focused on the more sensible price ranges, where there appeared to be far fewer rip-offs, and where it wasn’t nearly so hard to find something really good that more than warranted its price.

Things change. I now live in a large house with a gigantic listening room, in which I review speakers of all shapes and sizes. However, I still focus on affordably priced gear, primarily because such products still appeal to the largest proportion of our readers. After all, how many people can actually afford components with prices in five or even six digits? Still, from time to time I review some of the really expensive stuff, partly because we now review many more products than we did a decade ago, and someone has to do it -- but mostly because I now have more time to seek out the few gems that may approach or represent the state of the art of sound reproduction. Almost every time, those very special components that eclipse the rest have some legitimate reasons for costing a lot of money, something I plan to write about in a future editorial tentatively titled “The Sometimes High Cost of High-End Audio.”

As a result, over the next two months I’ll publish reviews of three very expensive products for which I have nothing but the highest praise -- praise that I normally reserve for overachieving budget-priced components. The first is being published today, January 1: a review of the Ayre Acoustics VX-R stereo amplifier. At $14,950 it’s not the most expensive amplifier out there, but it costs more than the average audiophile can afford, and far more than anything I was ever interested in reviewing way back when. I praise the VX-R as much as, if not more than, anything else I’ve reviewed. In fact, at the end of the review I say that it’s one of the best products I’ve ever reviewed. The remaining two reviews will appear in February, but for now I’m keeping their subjects a secret.

Has the cheapskate changed? I don’t believe so. My feelings about value are the same as they’ve always been, and in line with something once said by Scott Bagby, a founder of Paradigm: “There’s no such thing as value if the performance isn’t there.” Paradigm, as most people know, has built a worldwide reputation producing high-performance loudspeakers that sell for very reasonable prices. The important thing to note is that the products aren’t just affordable, they also perform exceedingly well. If a high level of performance wasn't there, people wouldn’t buy them, no matter how low their prices. That’s the key: performance, no matter the cost.

When I look at a product today, whatever its price, my hierarchy of criteria is always the same: performance first, followed by such things as features, build quality, reliability, etc. In my review of the Ayre VX-R I commend not only its high power output but its sound quality, which overall betters that of any other amp I’ve heard. And in terms of build quality and styling, again, I’ve never seen better in any amp costing less, and in very few costing more. When I added all that up, I could come to only one conclusion: the Ayre VX-R is worth every cent of $14,950, and deserves similar accolades as a fine-performing product priced 90% lower -- which makes it a very good value. I may still champion affordably priced gear, but I happily doff my hat to high-priced products that truly succeed in offering something more.

As you read these three reviews, don’t think I’ve fallen into the trap that many reviewers do: a narrow focus on high-priced equipment, often for no other reasons than that “it costs a lot” and someone is willing to send me a sample. These days I’m about reviewing all equipment, to find those excellent performers that stand out from the crowd by truly earning their asking prices, however high or low. The cheapskate hasn’t changed at all -- he still wants the best sound for his buck.