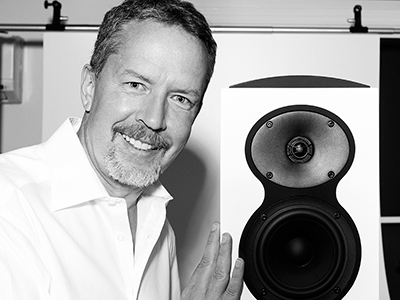 I’m in an enviable position to be able to review speakers of all shapes, sizes, and prices -- often high prices. In just the last year, I reviewed the Magico S5 and Polymer Audio Research MKS floorstanders, respectively priced at $29,400 and $42,000 USD per pair. They’re not the most expensive speakers in the world, but they cost more than most of us can afford, or would dream of spending on a pair of speakers. Obviously, as an audiophile, I enjoy my job -- it allows me to experience what companies can produce when cost is no constraint. But it can also be a problem -- every time I write about a very expensive product, in the back of my mind I’m thinking How much impact can a review have if it appeals to only a very small segment of the population? Clearly, not as much as reviews focused on products that far more people can afford.

That’s why, for this column, I highlight four terrific floorstanding loudspeakers that anyone with a good job and a yearning for great sound can afford. Each is priced under $4000/pair -- some well under -- and has been reviewed on this site, three of them by me. All four models also received Reviewers’ Choice awards for their exceptional value and top performance. And here they are, in order of increasing price (all speaker prices are per pair): 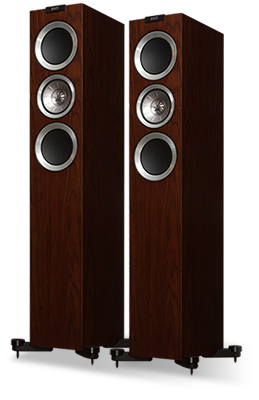 What makes the R500 so special is its Uni-Q driver -- the same one used in all of KEF’s R models. The Uni-Q houses a tweeter and midrange in the same assembly, to produce a wavefront that’s coherent in all directions. KEF has been developing and refining this driver technology for years, and, from the sound of the R500, has pretty much perfected it. In my room, the R500s produced an astonishingly clear, natural, effortless midrange and top end; they played incredibly loud without distortion; and provided a vast, holographic soundstage that riveted me. What the more expensive R700 and R900 models do better than the R500 is bass, due to their larger woofers and cabinets -- they go deeper, and they play louder down there. But in my very large room, I found the bass produced by the R500s wholly sufficient -- which is why I consider the R500 the steal of KEF’s R line. 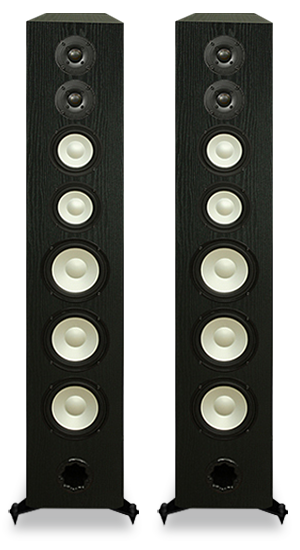 I didn’t review Axiom Audio’s M100 v4 loudspeaker last June -- that was Oliver Amnuayphol -- but what he said in the final paragraph of his review was precisely what I thought when, a month before, I saw and heard the M100 v4 at Axiom’s factory: “Axiom deserves a gold medal -- or, better still, a Reviewers’ Choice award -- for how much sonic goodness they’ve packed into the wonderful M100. That they’re able to do so for a starting price of only $2790/pair is wondrous indeed.”

The M100 v4 is a massive (47.5"H x 9.25"W x 17"D), heavy (70 pounds) three-way design comprising three 6.5” woofers, two 5.25” midranges, and two 1” tweeters. That the M100 has three woofers isn’t all that surprising -- plenty of speakers have multiple woofers, to produce deep, high-output bass. (Axiom claims bass output to below 30Hz for this model, which is very low.) But that the M100 v4 has two midranges and two tweeters will probably seem odd to everyone but those familiar with Axiom’s products -- that doubling of the mid- and high-frequency drivers has long been a hallmark of the company’s top-tier designs, which they’ve done mostly to increase output and lower distortion in the mids and highs. That they’ve succeeded in this case was confirmed by the tests we put M100 v4 through at Canada’s National Research Council.

About the only bad thing I can say about the M100 v4 is that, in the standard vinyl finishes that are all that are available at the base price of $2790, it looks rather plain. Thankfully, Axiom offers premium real-wood and glossy piano finishes, and their custom paint shop can create almost any look a buyer might want. These all cost extra, but even the most costly, glossy finishes don’t send the price over $4000. The grilles, too, are customizable. The M100 v4 is not only a lot of speaker for the money -- it’s a lot of speaker with a lot of options, too. 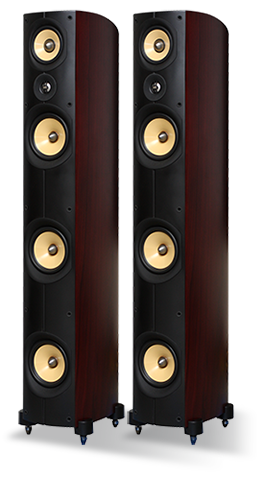 Above $3000, one speaker has remained on my list ever since I reviewed it, in mid-2012: PSB’s Imagine T2. It costs $3498 in the Black Ash, Dark Cherry, or Walnut real-wood veneers; $3850 in Gloss Black or Gloss White painted finishes. Although it’s over two years old, like the KEF R500, it’s as competitive today as it was when I wrote about it.

The T2 was designed by one of the greatest speaker designers of all time: PSB’s founder, Paul Barton. With all of Barton’s years of experience and a big enough design budget, the T2 has all the earmarks of his top designs: the midrange driver positioned over the tweeter, which he does to better direct the energy of both; “transitional” tapering of the woofers’ output, meaning that only the topmost of the T2’s three woofers hands off to the midrange, for the smoothest blend; a separate enclosure for each woofer; and exceptional linearity across the audioband, on and off axis.

There’s very little, if anything, to criticize in the T2’s sound, and plenty to praise. The two things about it I most admire are its supersmooth midrange, which does marvelous things with voices, and its fulsome sound, which helps make the moderately sized T2 sound larger than it actually is. Add to those qualities exceptionally good cabinetwork and gorgeous finish options (I particularly like the Gloss White), and you have nothing short of an outstanding loudspeaker for a very reasonable price from one of the best minds in hi-fi. Like the Imagine T2, the Performa3 F206 is a three-way design available in a gorgeous Piano White finish that would be my pick (there are also Piano Black and a real-wood finish, High Gloss Walnut). However, the F206’s driver configuration is a little more conventional than the T2’s -- a 1” tweeter sits above a 5.25” midrange driver, and below that are two 6.5” woofers. That said, the F206’s sound is anything but conventional: very refined highs, amazing clarity in the midrange, tight bass that extends to below 40Hz, and soundstaging and imaging on a par with those of the best speakers out there. As I said in my review, with the Performa3 F206, Revel’s knocked another one out of the park.

If someone asked me which of these four speakers to buy, I’d have to say, It depends . . . on the buyer’s budget, listening-room décor, and taste in sound. No two of these speakers have the same list price, none looks or sounds identical to any of the others, yet each is excellent in its own ways. Preferences will prevail, and in the end there will be a winner -- but it won’t be the same speaker for everyone. Yet whichever of these models anyone chooses I’m confident that he or she will have picked an outstanding loudspeaker -- and didn’t have to pay an exorbitant price for it.